‘mars: adrift on the hourglass sea’ by kahnselesnick

to acknowledge curiosity’s touchdown on the red planet, NASA commissioned the anglo-american duo known as kahnselesnick to create a series of work, entitled ‘mars: adrift on the hourglass sea’, representing their vision of existence on mars. the artists adorned photo-mosaic panoramas provided to them by NASA of earlier expeditions by rovers ‘spirit’ and ‘opportunity’ with fantasy and imagination, infusing phantasmagorical elements of science fiction and the surreal.

the dream-like scenarios include specially created sculptures and installations, and deliberately features solely women, as nicholas kahn of kahnselesnick explains:

‘I think earth wouldn’t be on its path toward destruction if it was run by women, so we decided to give mars a little hope by sending two women up who wouldn’t necessarily see conquering and seizing all of its minerals as a main thing.’ 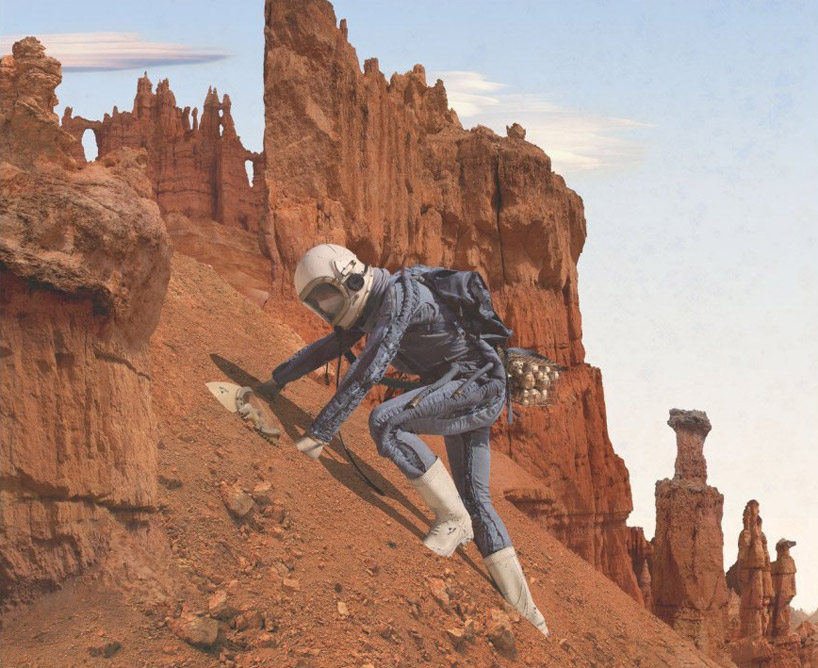 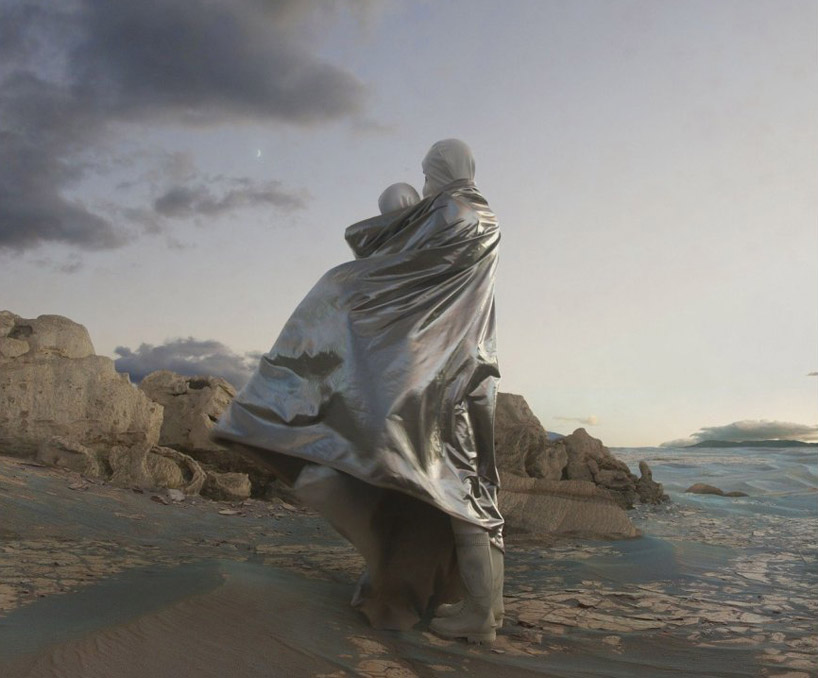 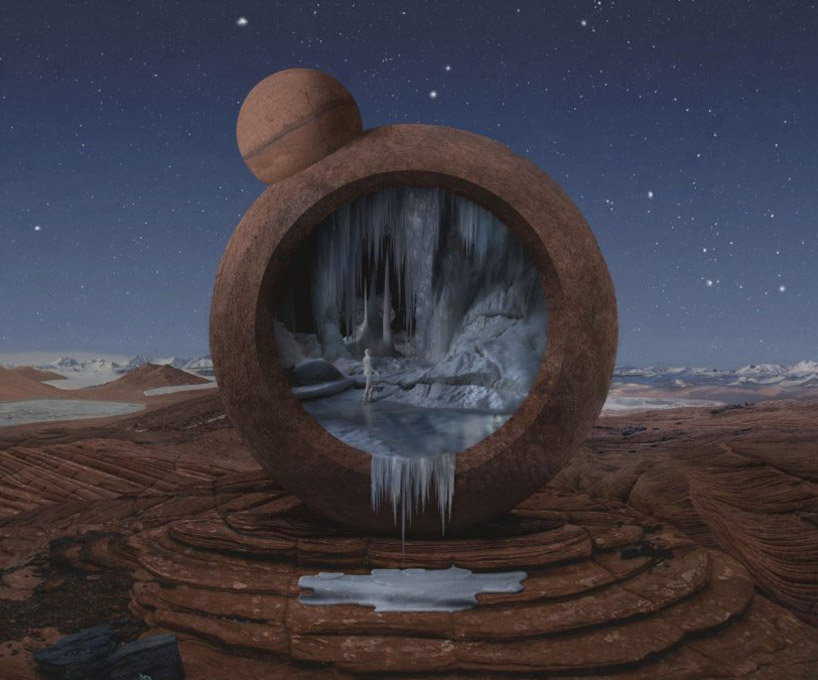 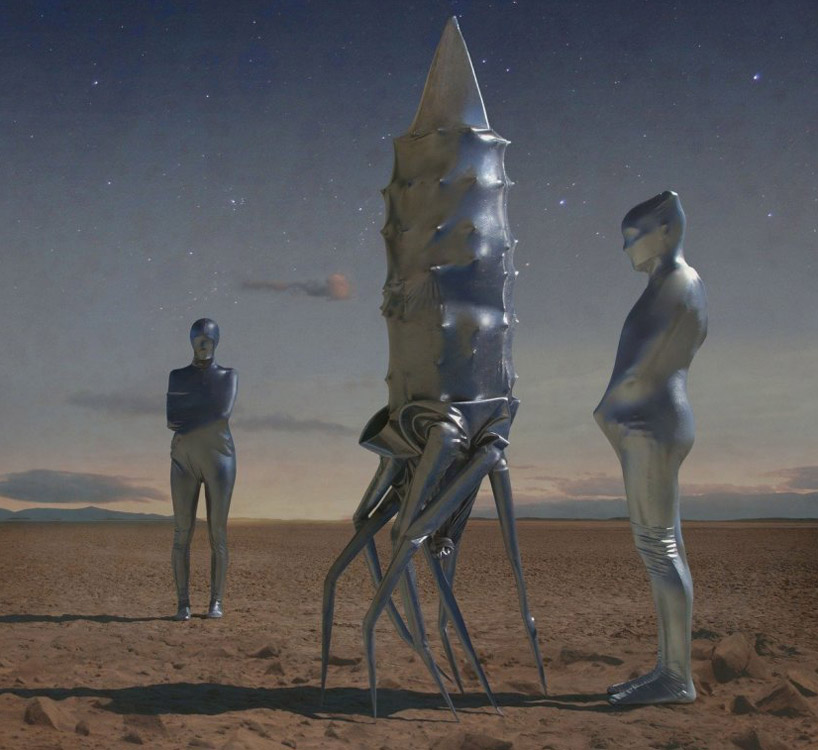 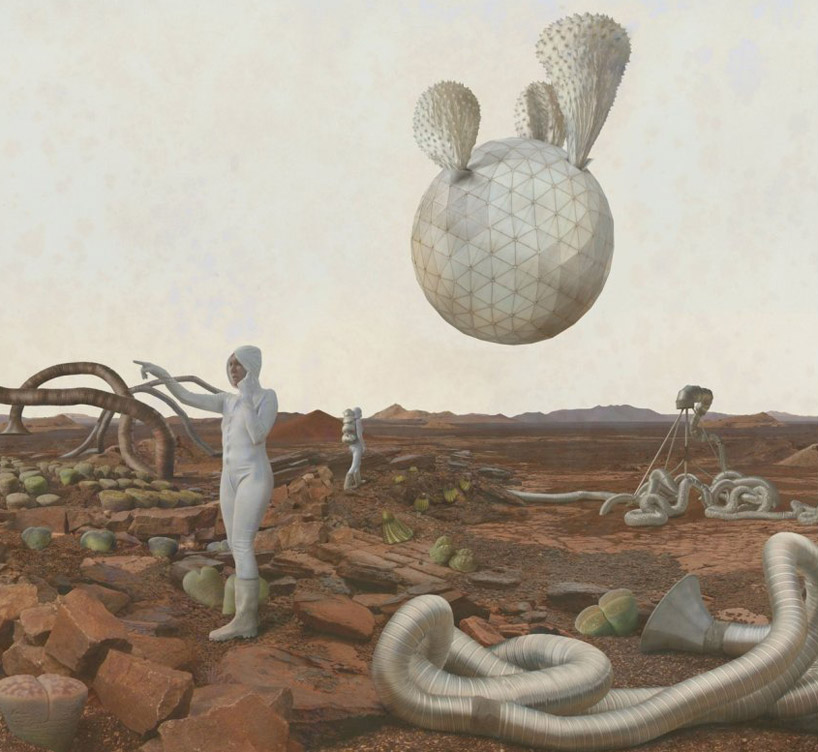 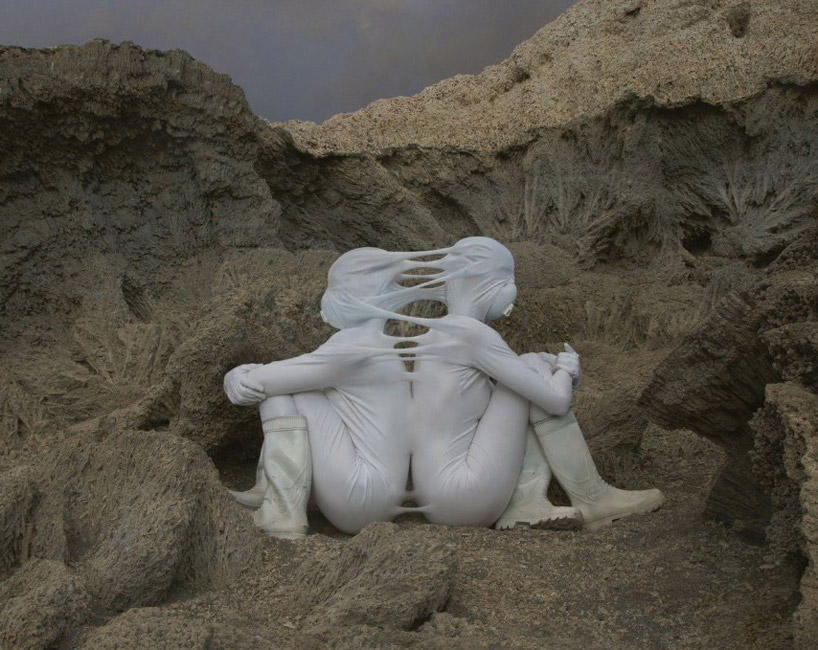 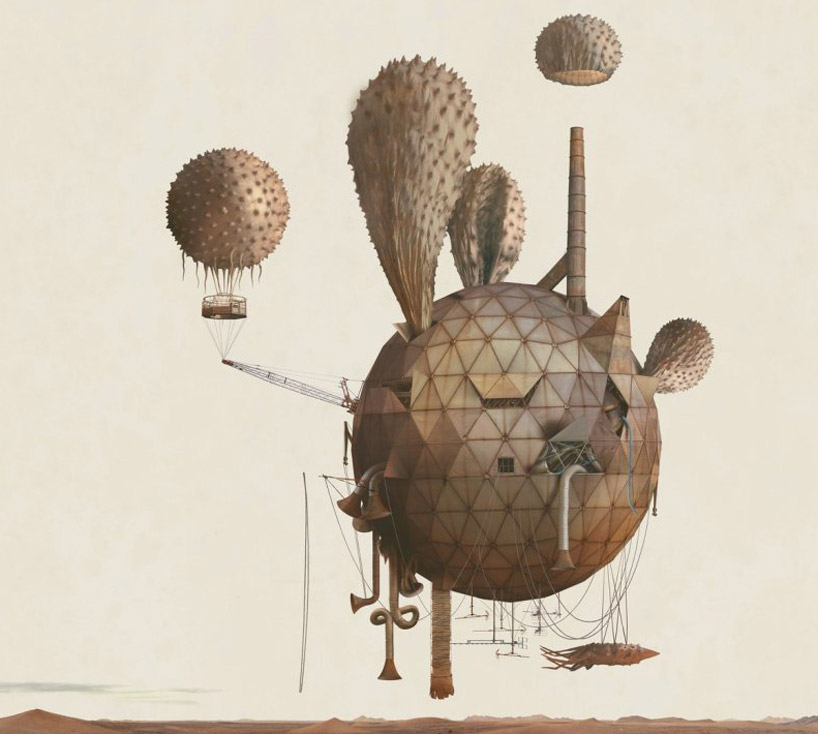 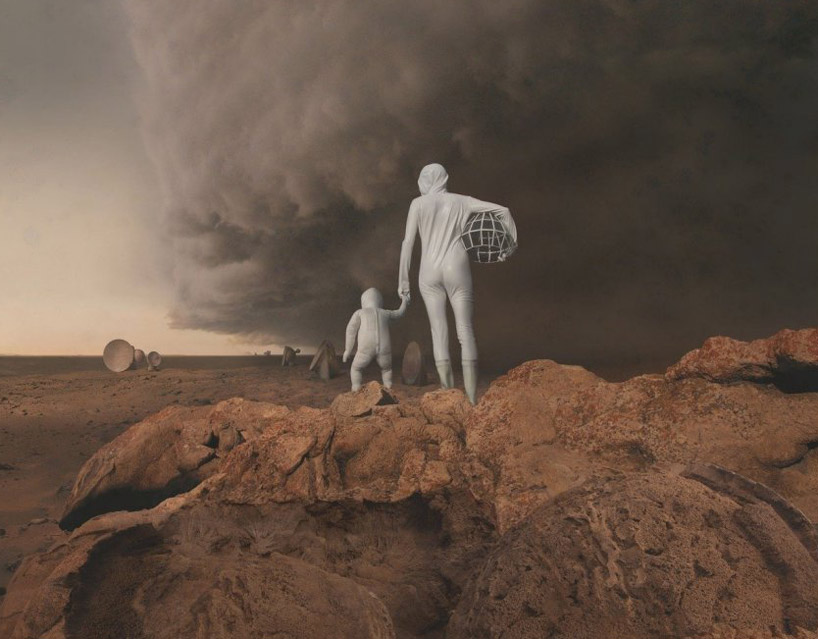 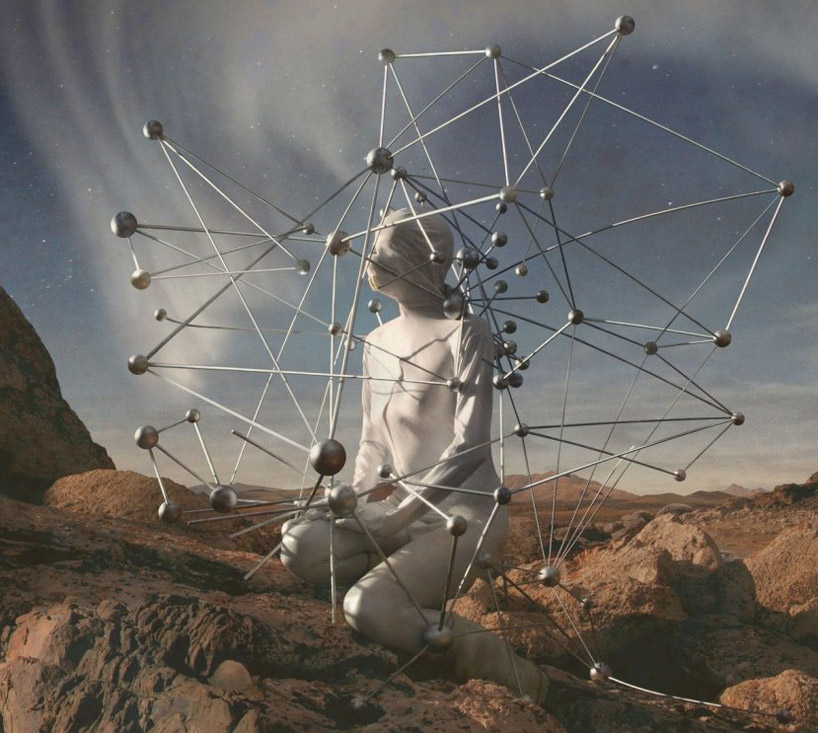 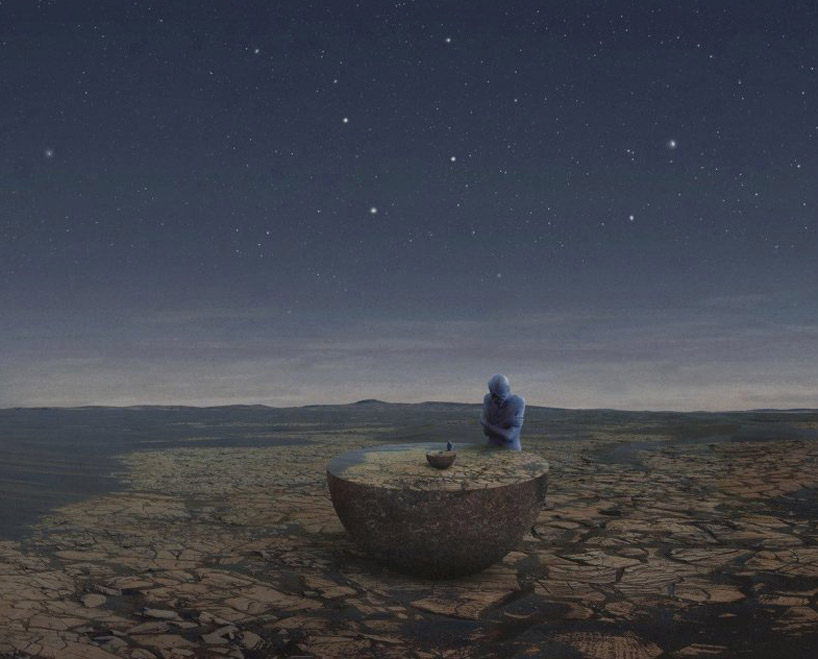 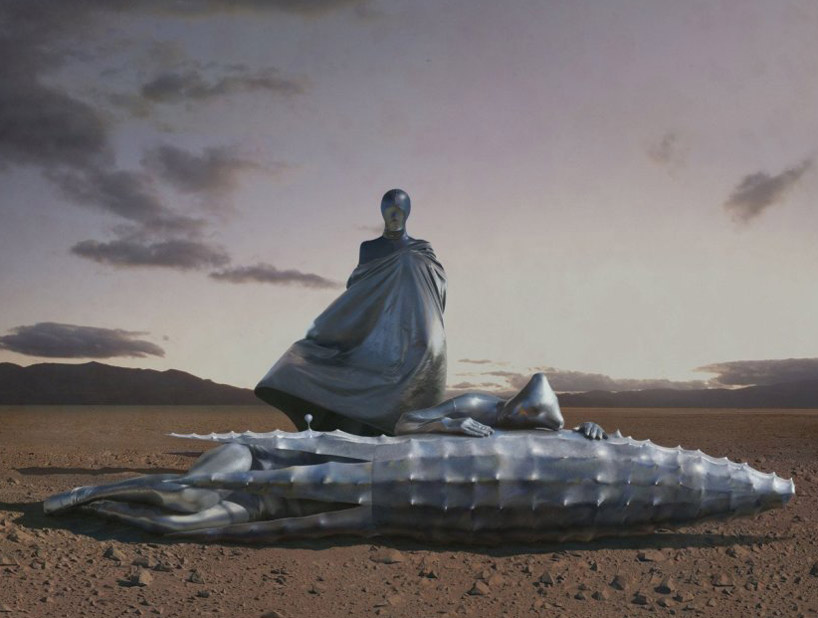