for the third cycle of transformation of the prada transformer in seoul, the prada foundation will hold an exhibition of artist nathalie djurberg entitled ‘turn into me’ from august 15 to september 13 in the rotating building designed by rem koolhaas/OMA next to the sixteenth-century geyonghui palace in seoul.

in the interior of the transformer now covered with a surface of white felt that ripples and twists to form a highly baroque, sensual wrapping, the artist has created an installation that she articulates over the floors and walls through the use of objects and projections that mute the whiteness and transform the architectural environment into a cave of the unconscious and oneiric. in this shadowy, disturbing envelope, whose cruciform configuration follows the hexagonal shape used for fashion and the rectangular one used for cinema, the only thing that visually stands apart is the floor, which is covered in a grey felt on which objects great and small are placed and lighted in a spectacular mode. these assume the likenesses of a potato, a dolmen and two small whales—some of them already exhibited in 2008 at the fondazione prada in milan —with animated videos inserted as part of the whole. in order, moreover, to emphasize the nature of the interior space of the transformer, the artist has chosen to project, at maximum size, two other videos which, in a symbiotic interaction with the white, almost flesh-like covering of the inside environment, expand the disturbing landscape of her vision. 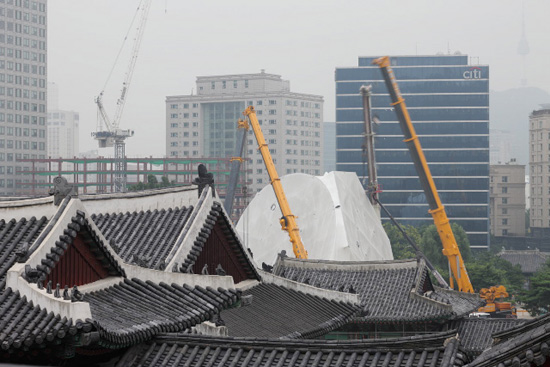 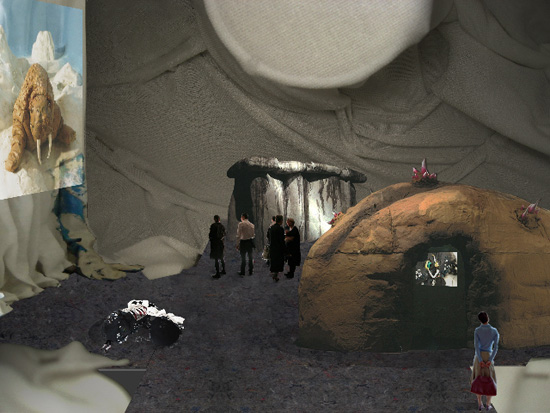 rendering of the ‘turn into me’ exhibition © OMArecently honored with the silver lion for the best young artist at the 53rd venice biennale, 2009, djurberg creates videos that are short, animated films made with the stop motion technique and feature plasticine figures that move about and create a surreal and often grotesque narrative. 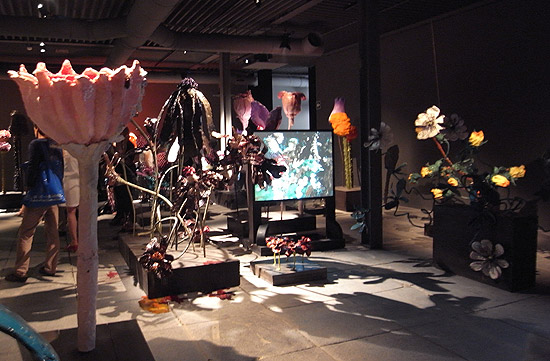 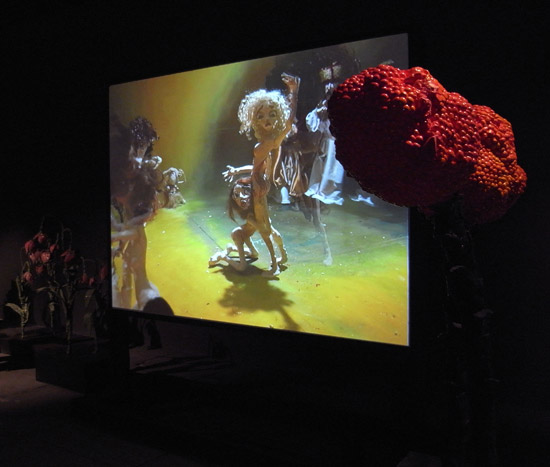 ‘experiment’, 2009 (installation, claymation, digital video and mixed media)djurberg’s works are characterized by an obsessive rhythm, and while they are permeated with a taste for irony and humor, they convey a sense of disquietude, nostalgia, and unease, sometimes genuine anguish. these feelings are reinforced by the music that accompanies all artist’s works, written by the young swedish composer hans berg. 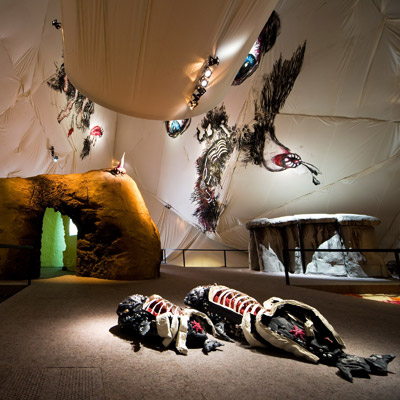 Aug 14, 2009
nathalie djurberg: 'turn into me' at prada transformer 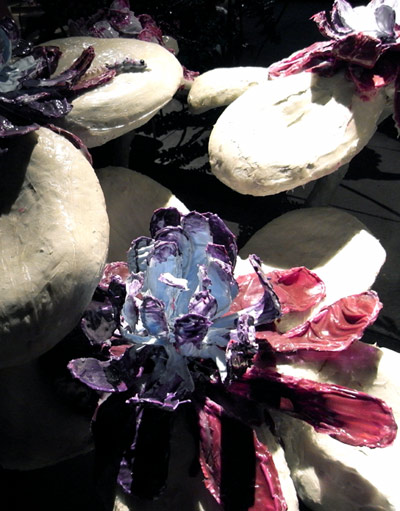