‘the other volcano’ by nelly ben hayoun all photographs © nick ballon

‘the other volcano’ by french-born, london-based artist nelly ben hayoun sees an active miniature volcano placed in the living rooms of volunteers, in a conceptual investigation of the domestication of nature for entertainment purposes. the project is on display as part of ‘glitch fiction‘, a fringe design event that touches on the human relationship to science, technology, and the future, during paris design week, september 12th – 18th, 2011.

in ‘the other volcano’, the model volcanoes erupt at random, spewing smoke and sparks into the living spaces where they are situated. ‘it’s a project,’ hayoun explains, ‘which questions ‘what can be the future of entertainment? how far are we going to go to give us thrills and give us more and more emotion to make us feel alive?’‘

the detonations are accomplished using a combination of potassium nitrate and sugar that has been baked together into a toffee-like pieces and inserted into copper tubes. upon activation, constantan wire, which heats up and glows when exposed to a charge, detonates a small amount of gunpowder, which in turn initiates the potassium nitrate reaction responsible for the pyrotechnics. 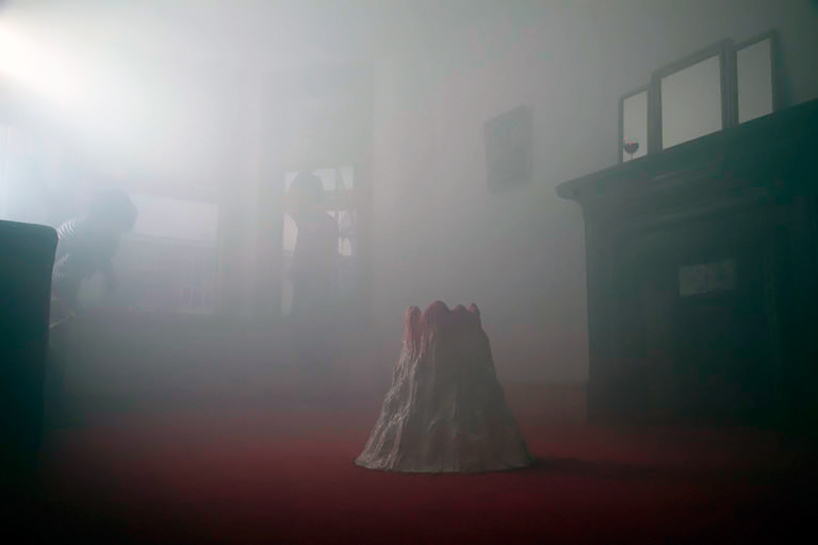 smoke lingering after an eruption 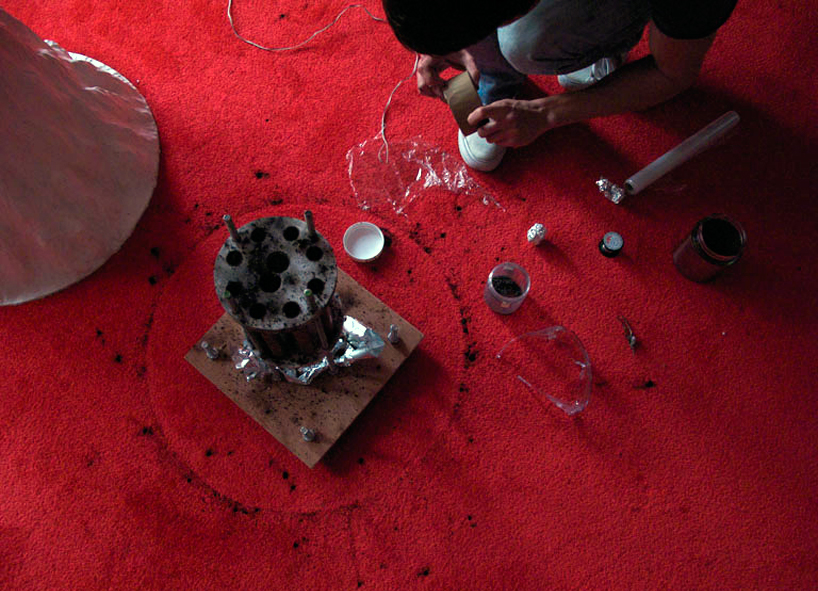 the artist is interested in the physical destruction of elements of the living room spaces where the volcano is situated, as a means of understanding our conceptual boundaries of entertainment 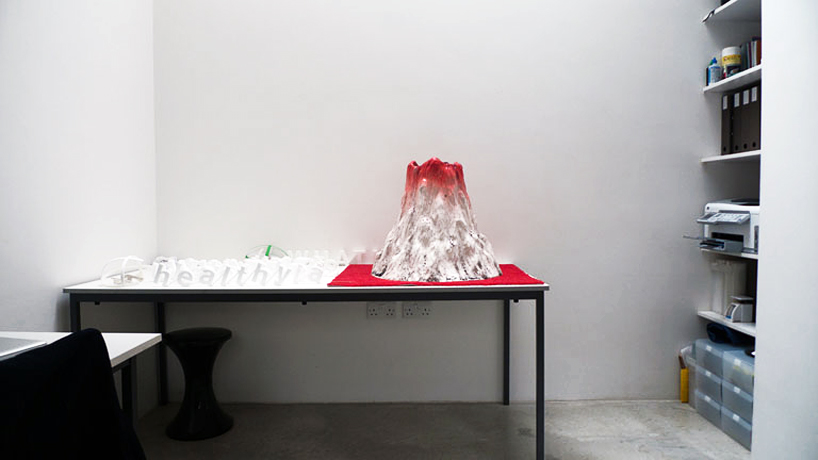 the volcano in the studio

footage of an eruption