these neomam-designed creative road maps offer funky artistic tours of major metropolises. the project includes the imagined maps of eight famous artists, which survey what a one day guided tour of major cities would be like if given by an art icon. first researching sites that played an important part in each artist’s work, neomam then sketched out the cities in their own distinct style. 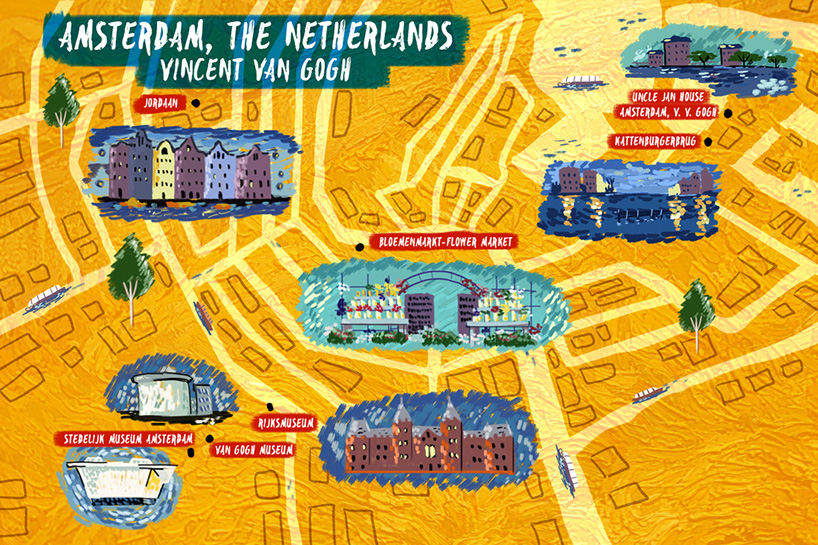 all images courtesy of neomam

for instance, it’s not hard to see banksy stenciling out this map of london, with a background imitating the concrete he often makes his canvas. likewise, one could imagine this da vinci map of florence being discovered from one of his many sketchbooks. just like da vinci, this particular map houses a secret code — can you read it? pop artists such as warhol and hockney are depicted by stylistic maps of the great american metropolises of LA and NY. while much younger than their european counterparts, these hotspots have become epicenters of art and culture in part thanks to these artists themselves. you can walk through an urban area whichever way you choose, but taking these paths can shed new light into the cities and artists as well. 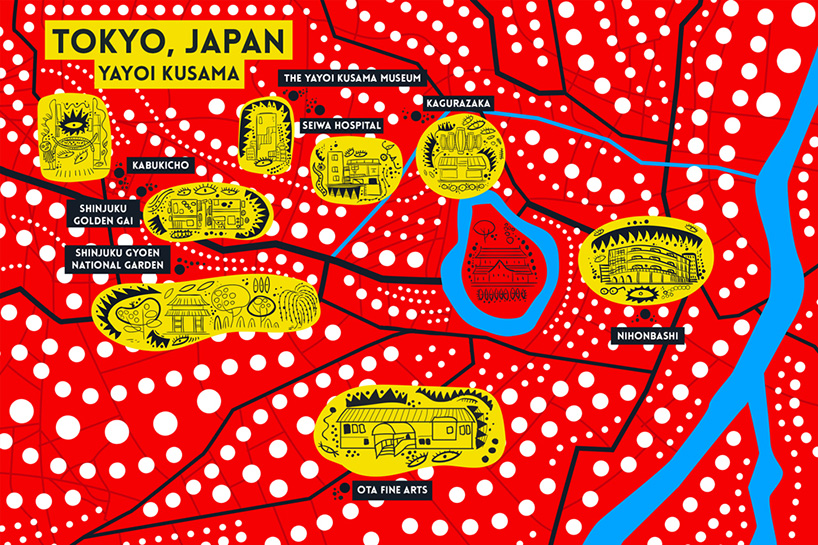 these artists’ connections to these special places prompted this project by neomam, and while many of these artists have passed on, the cities where they created art continue. the buildings remain. like old friends, they know all the stories; they have seen the passing of generations, and hold the secrets shut in closed lips of brink and steal. 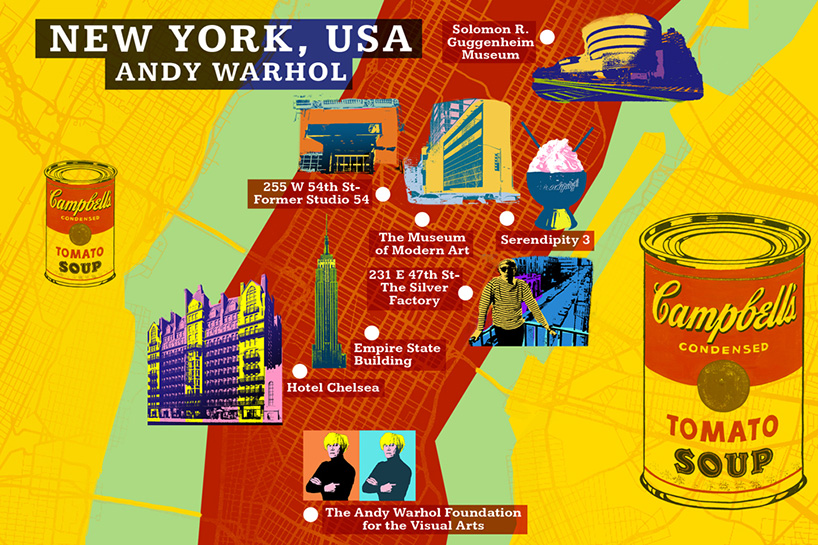 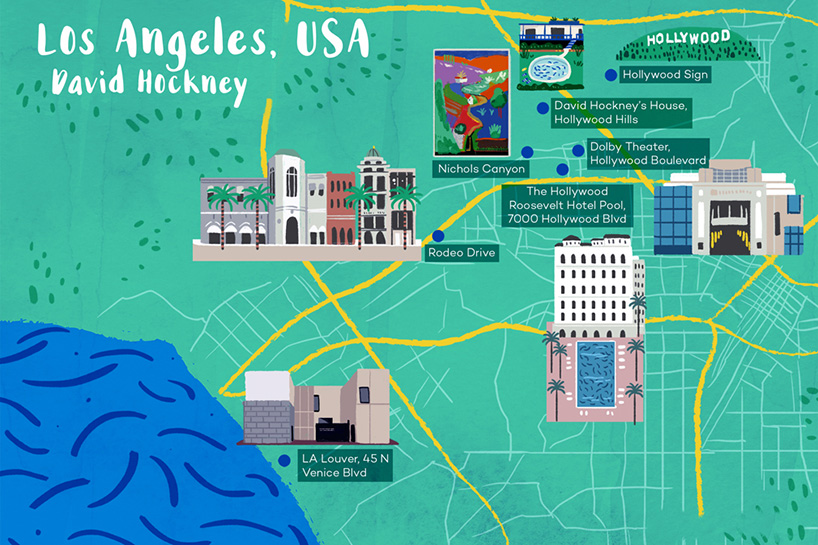 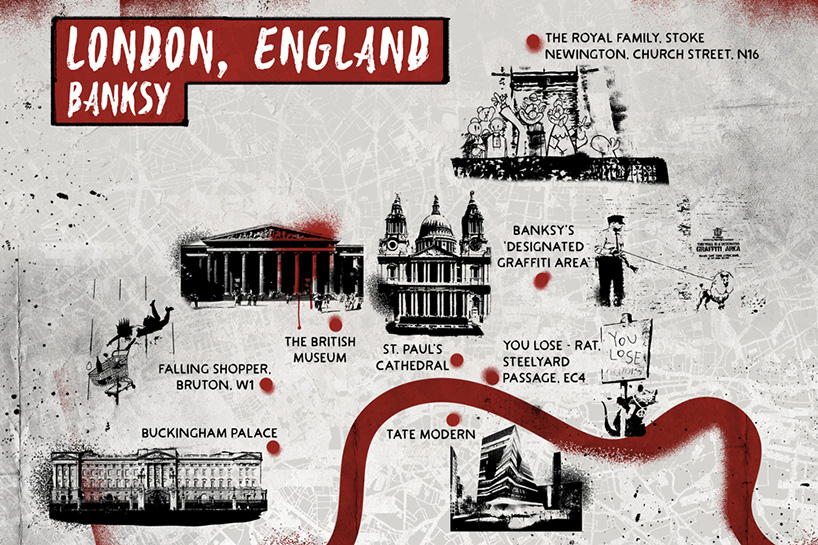 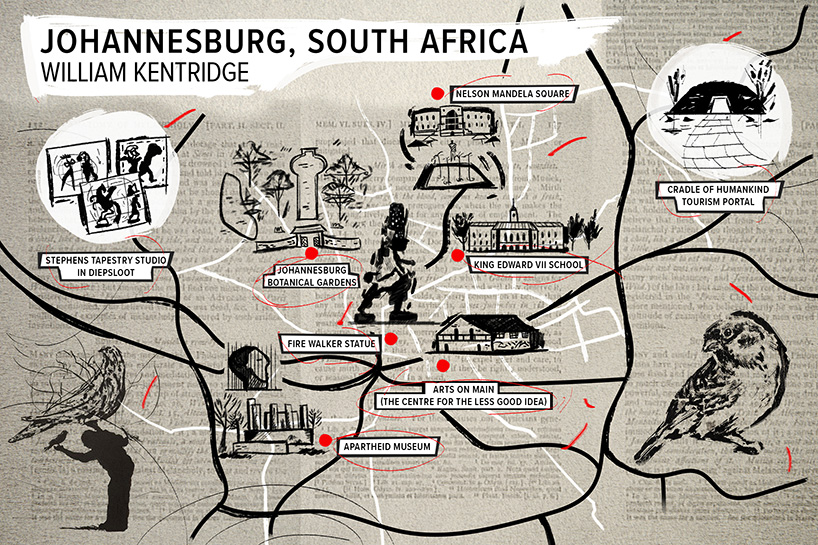 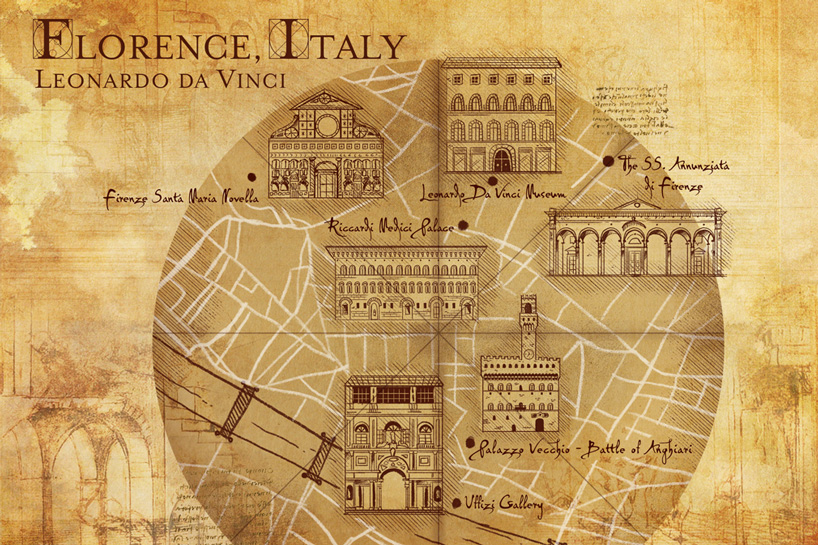 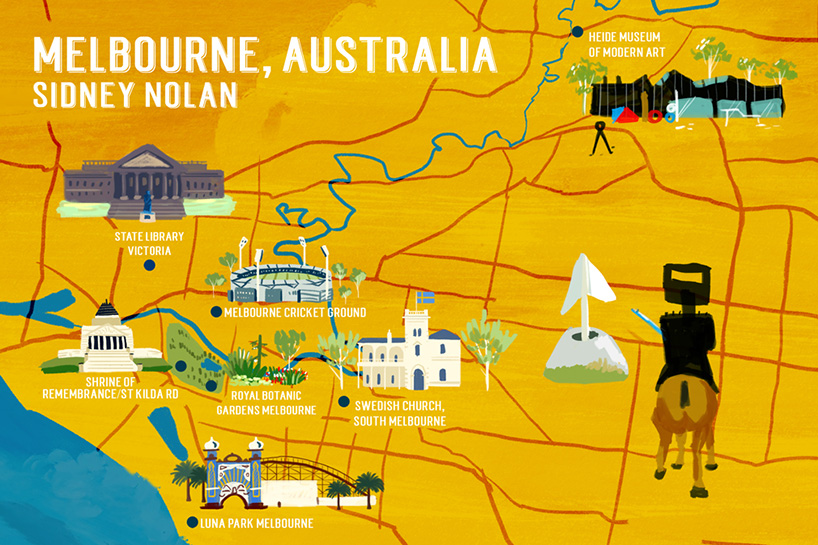