‘the owl organ’ is a playful musical instrument constructed by british designer david cranmer of nervous squirrel. consisting of 50 chromatically tuned owl figures, the piece was completed for the 2013 worldtronics festival at the haus der kulturen der welt in berlin. originally used as a deterrent to predators around garden fishponds, the resin animals were removed from their natural habitat and installed above the organ keyboard. the instrument has a range of four octaves and is polyphonic, meaning one can play as many simultaneous notes as desired. interacting with the music, the eyes of each owl light up when a corresponding key is pressed.

‘christmas songs on the owl organ’
video courtesy of thenervoussquirrel 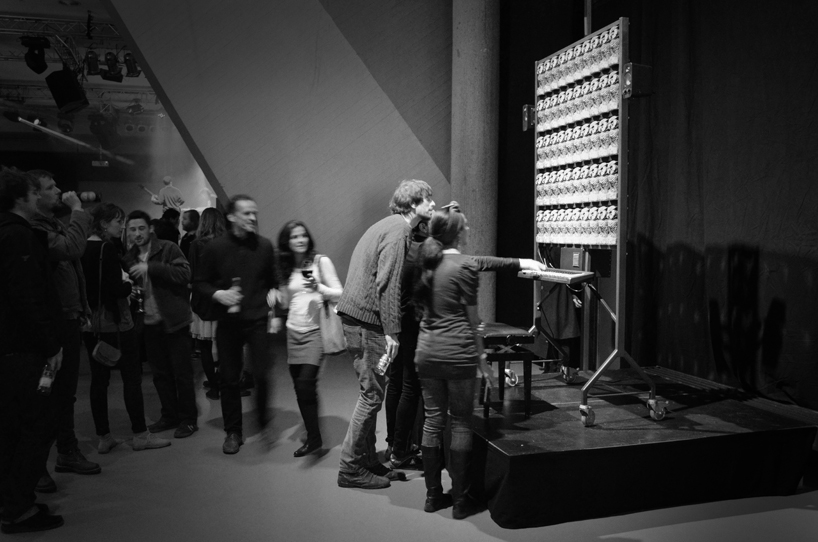 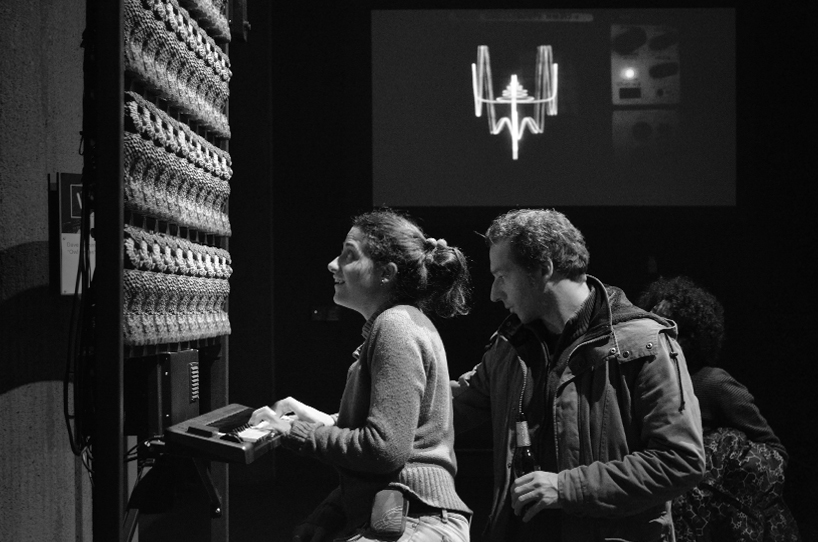 a piano stool was set up to allow comfortable playing 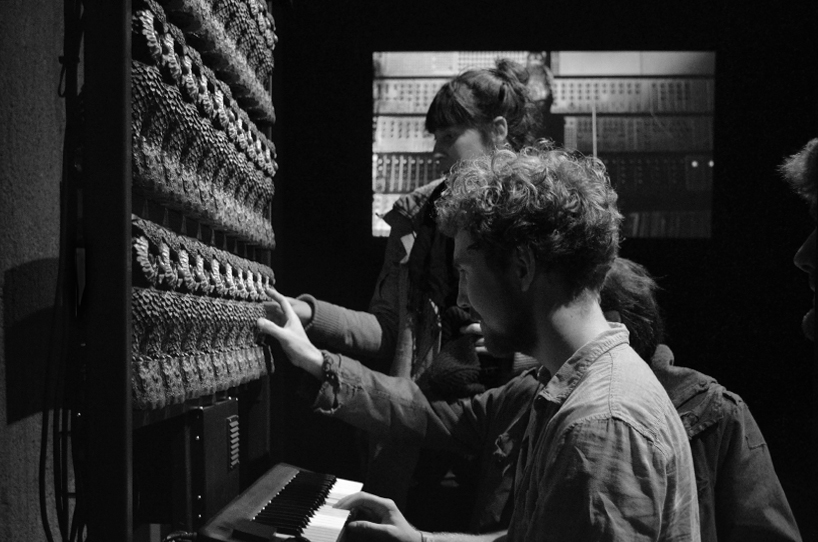 visitors playing a track by ‘the whoo’… 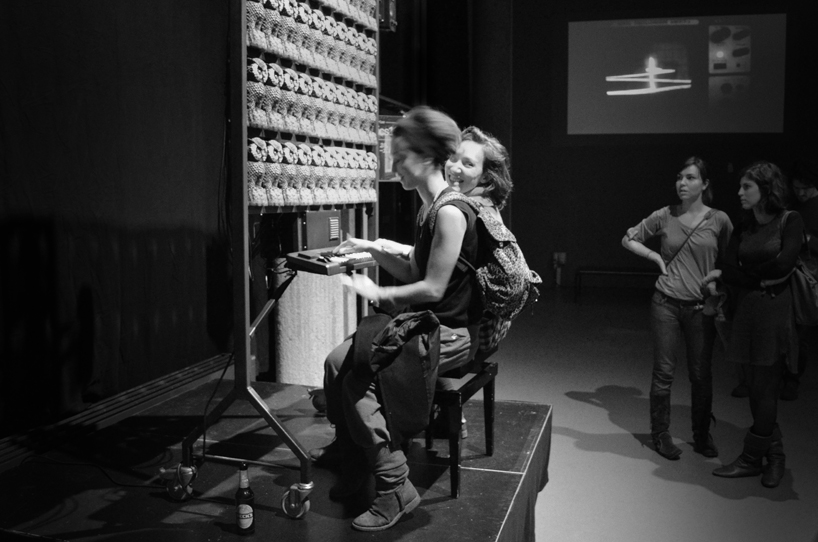 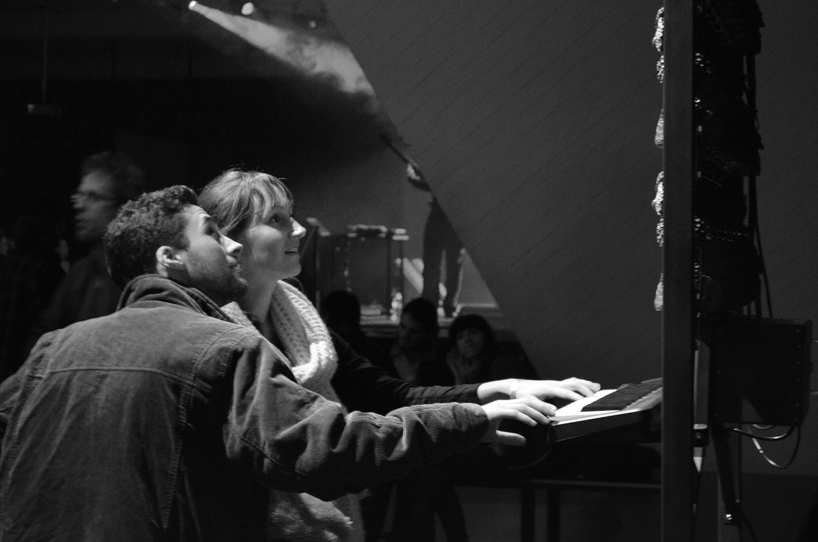 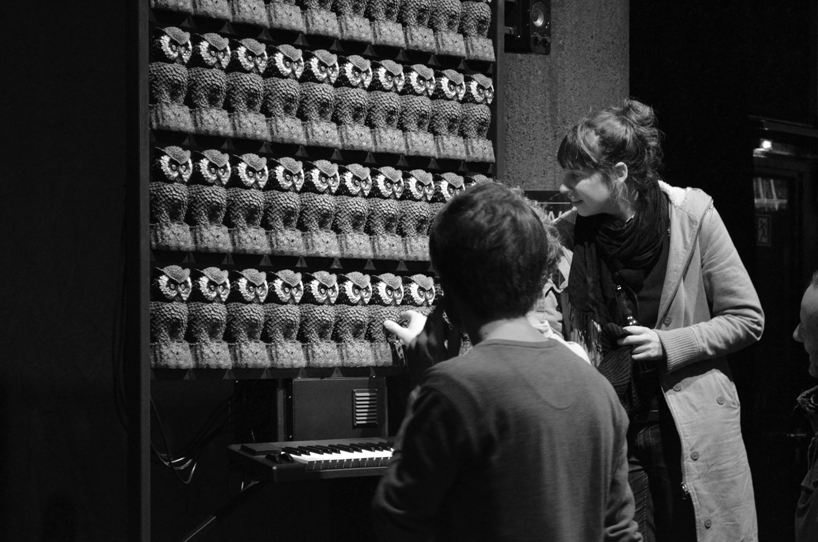 the instrument has its own speakers 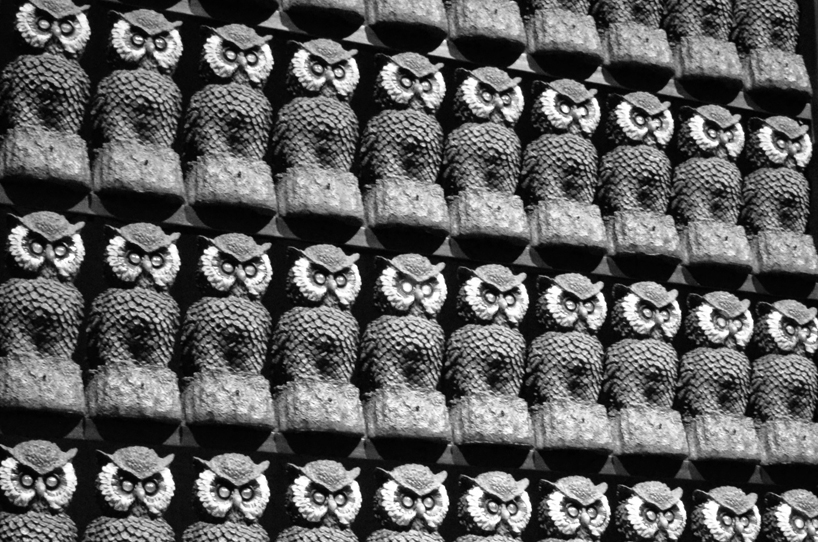 owl number 50 has lasers instead of LEDs 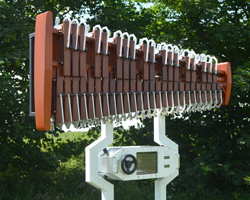 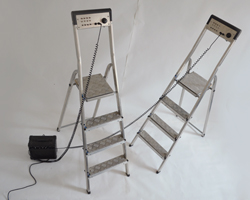 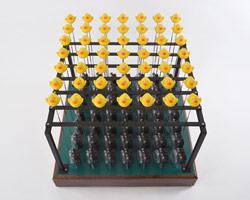