polish street artist nespoon has ‘dressed’ the museum for lace and fashion in calais, france, in a giant mural that pays tribute to the city’s lace history and unique know-how. the public artwork, which covers the entire side façade of the 19th-century building, is based on a machine lace pattern made in calais in 1894. featuring an intricate mesh, complete with flowers and leaves, the monumental mural is a continuation of nespoon’s signature lace artworks. 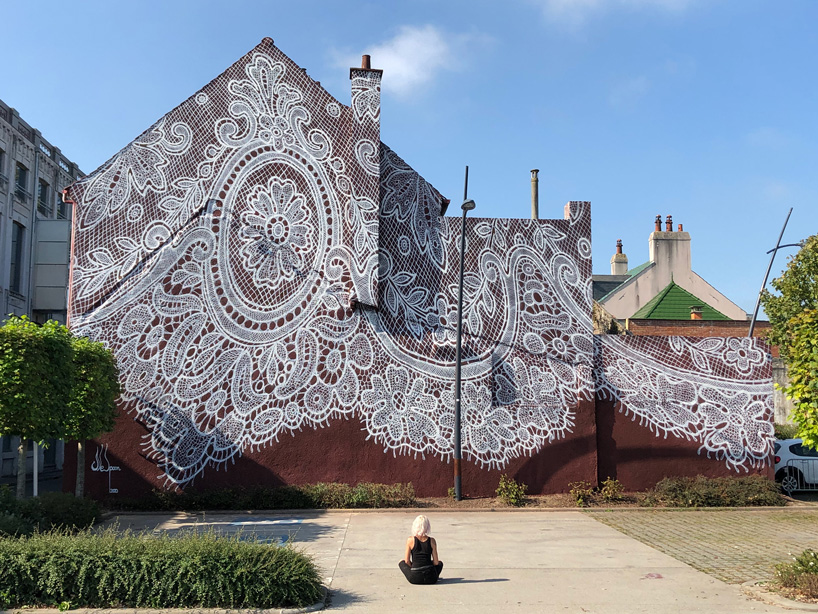 located in northern france, calais is famous for its lace-making tradition, which dates back to the 19th century when english textile manufacturers immigrated to the french city to escape economic and social difficulties. in the past, local factories employed over 40.000 people in the lace-making industry, who developed a unique know-how. paying tribute to this history, nespoon has translated an 1894 machine lace pattern into an intricate mural on a wall of the city’s la cité de la dentelle et de la mode de la calais (museum for lace and fashion). 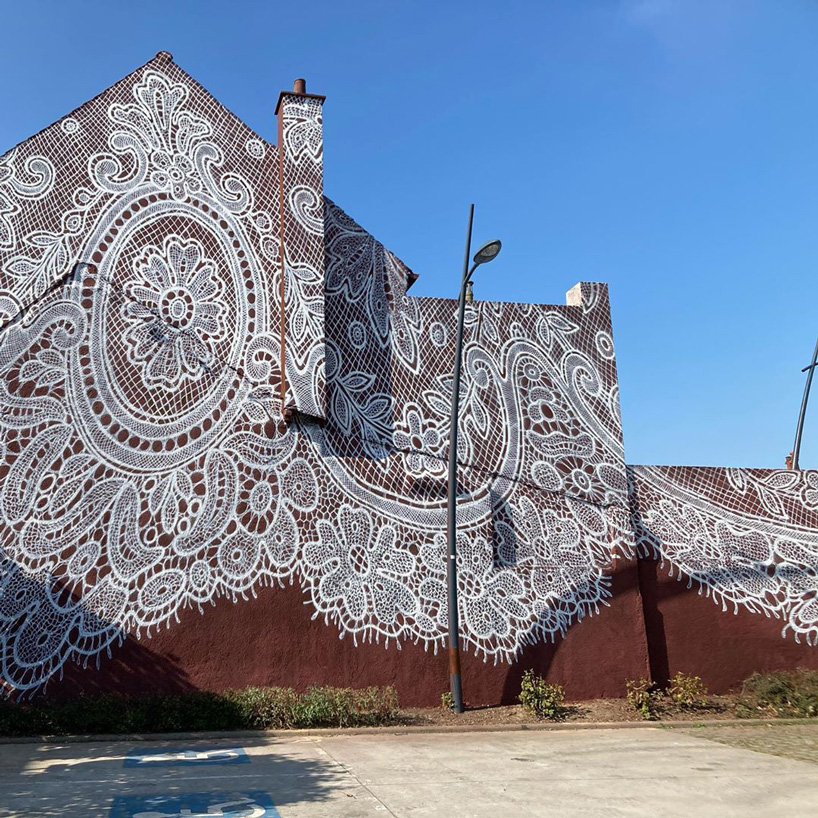 commissioned by the museum on the occasion the calais street art festival, the mural adorns an entire façade of the 19th century building, which used to serve as a factory. in addition to the great collection of lace, the museum also holds a 200-year-old, still working lace-making machine. nespoon went through the catalogs available in the museum’s archive in order to select the 1984 pattern, on which she has based the mural on. 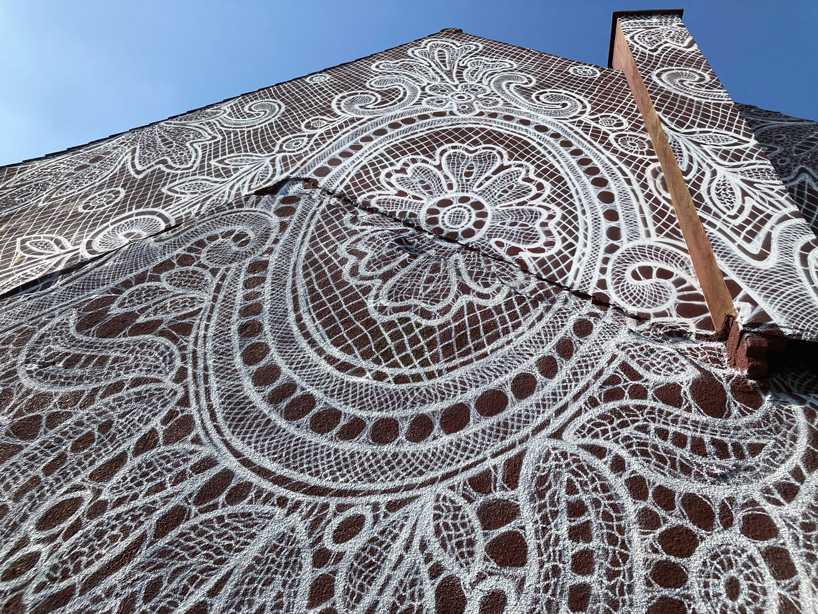 ‘most of my work consists of prints of traditional laces, made in clay or painted on the walls,’ says nespoon. ‘they are hand made by folk artists. why laces? because in laces there is an aesthetic code, which is deeply embedded in every culture. in every lace we find symmetry, some kind of order and harmony, isn’t that what we all seek for instinctively? why street art? because it gives freedom.’ 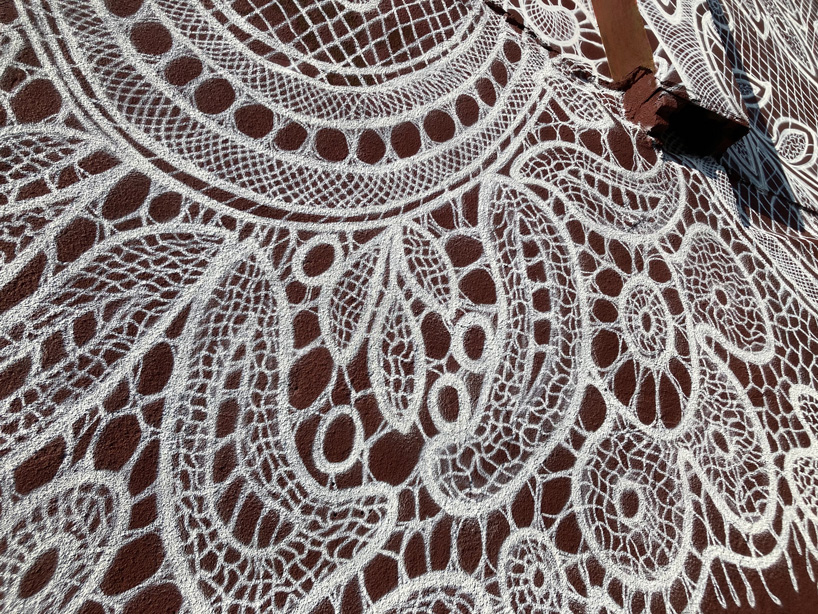 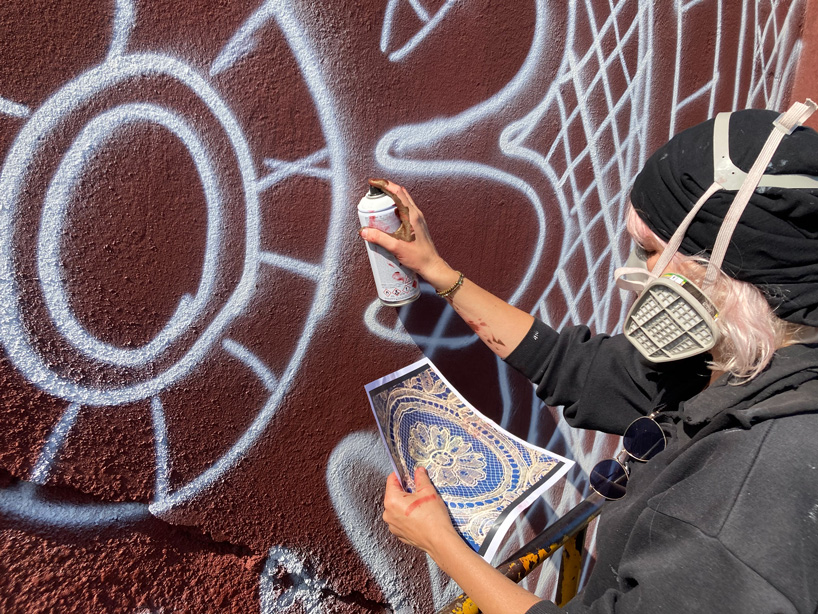 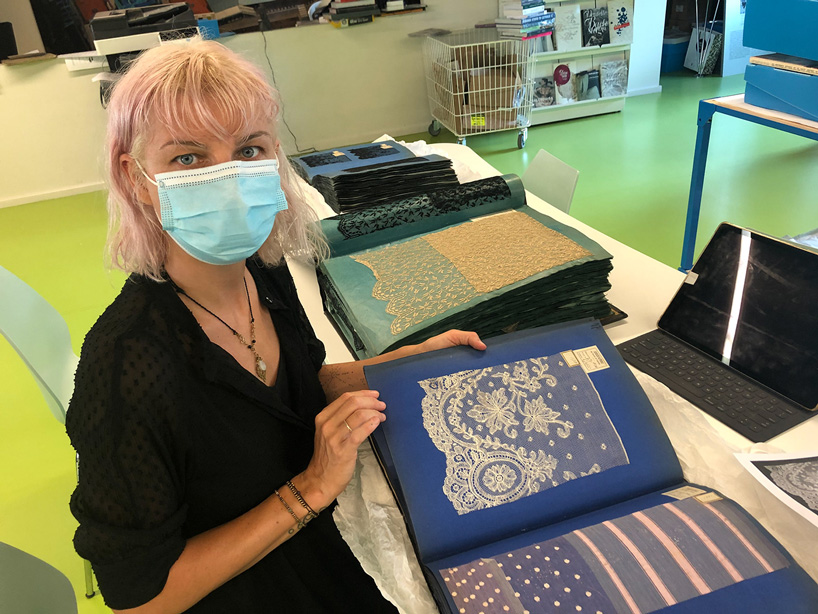