morning commutes are typically overloaded with an array of different types of advertising, all of which are trying to gain your attention over the others. in spite of this, an unusual ad about the new netflix ‘altered carbon’ television show has certainly caught the eye of many los angeles residents, but for good reasons or bad?

located at a bus stop at santa monica boulevard and crescent heights in west hollywood, commuters and locals alike are undecided whether the advertisement can be defined as clever or creepy street art. this is because, in one wall of the bus stop, encased in plastic, floats a lifelike naked mannequin that appears to be breathing. 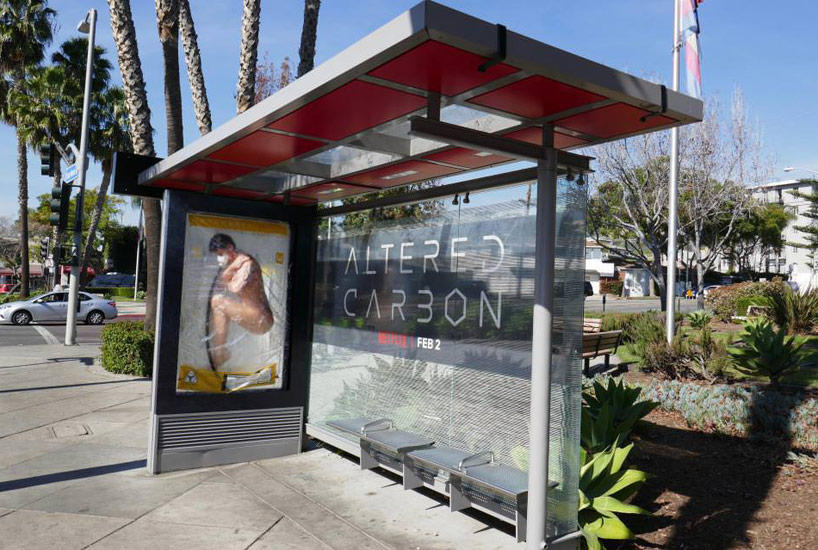 all images sourced from sam goodfield

the three-dimensional public art piece is a visual representation about the show’s focus on life and death, and about futuristic ability to digitalize and store one’s memory and consciousness. as a breathing but unresponsive body, the mannequin promotes the ‘altered carbon’ series, which is available to stream on netflix now. 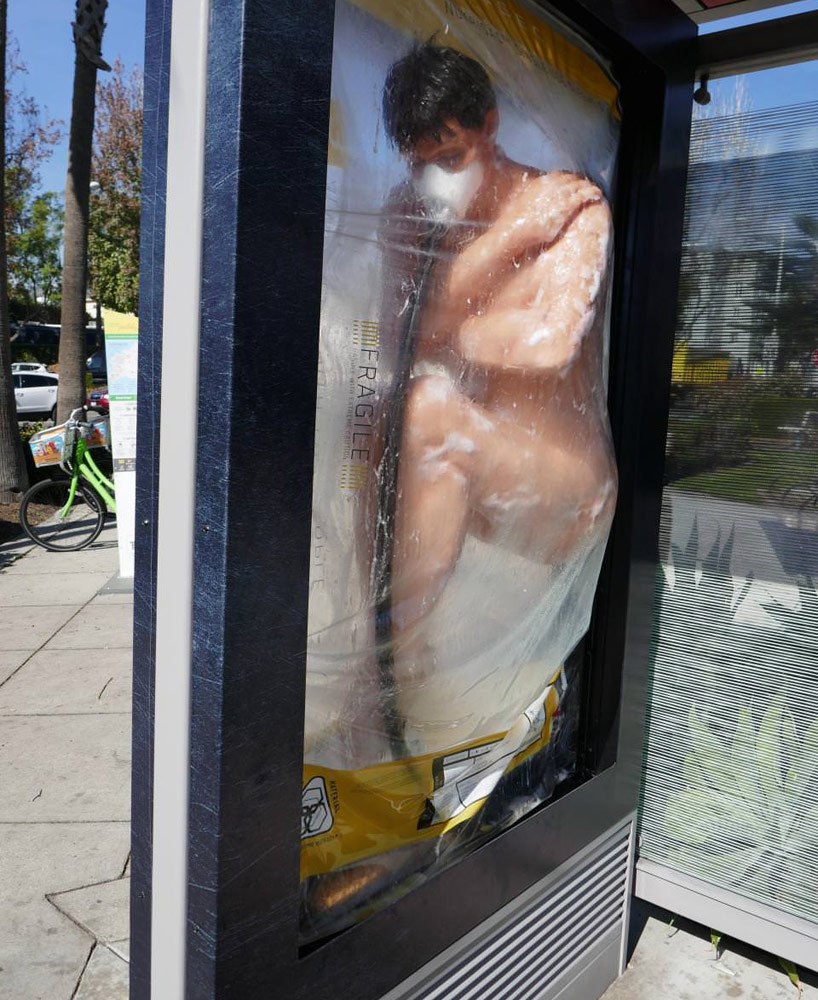 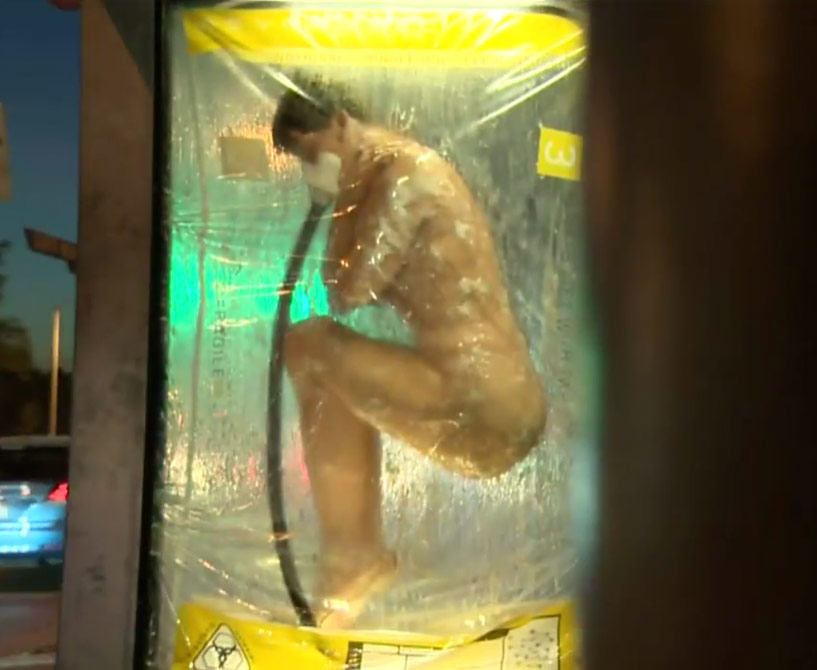