‘intervention invading network‘ is a series of network installations by german artist irene anton in locations around the world. each piece is composed of between 100 and 150 recycled pairs of tights that have been knotted together and arranged into interconnected lines and nodes (where balls stuffed within the pantyhose create these bulbs).

the site-specific installations reference the encroaching nature of globalization and data flow in modern industrial society. while clearly connectable to the spread of the internet and the sometimes entrapping webs created by our use of various sites and applications, the project was specifically composed of textiles in order to reference another global industry: that of fashion. at the same time that individuals are caught up in the cycles of marketing and consumerism, the companies behind the industry have been the subject of high visibility concerns regarding sweatshops and worker’s rights, representing to anton the ways in which globalization is put into direct conflict with more ‘natural’ human needs and ways of living and working. 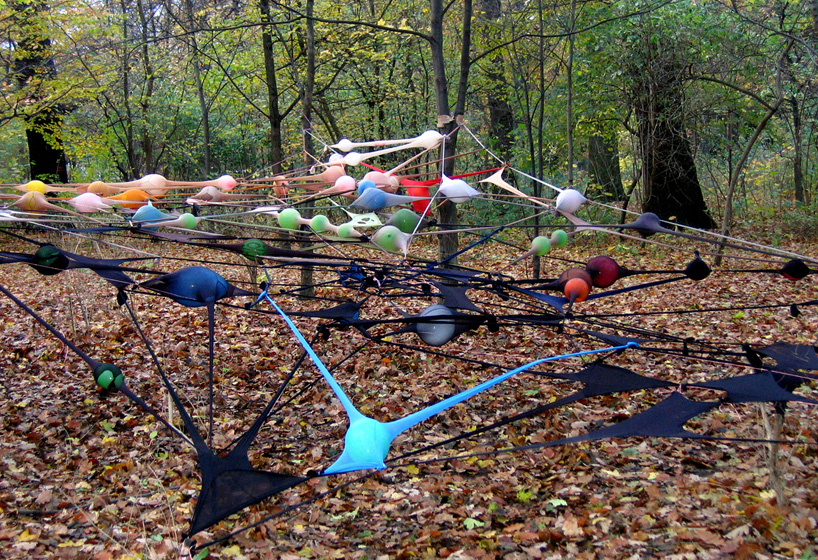 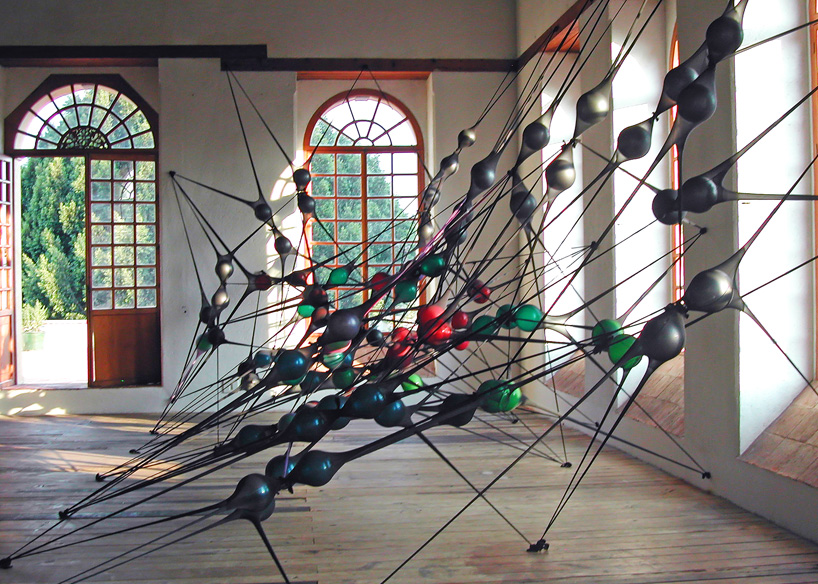 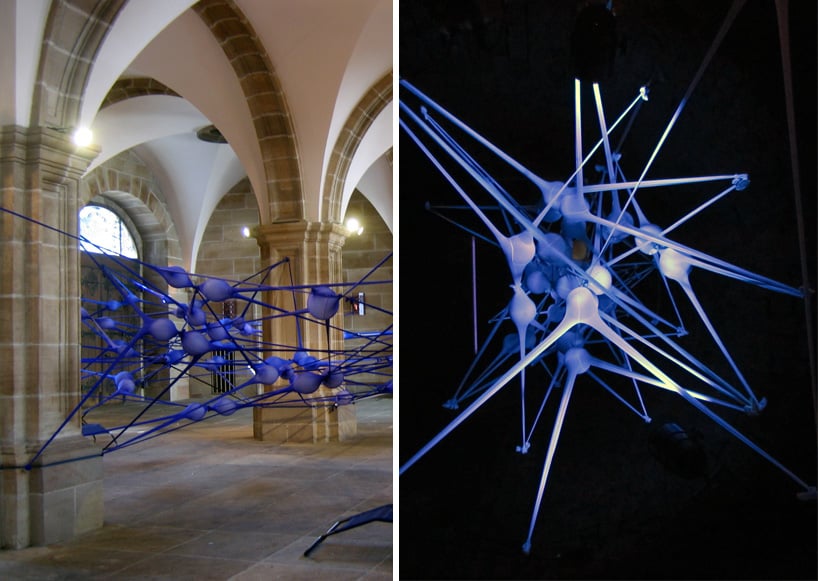 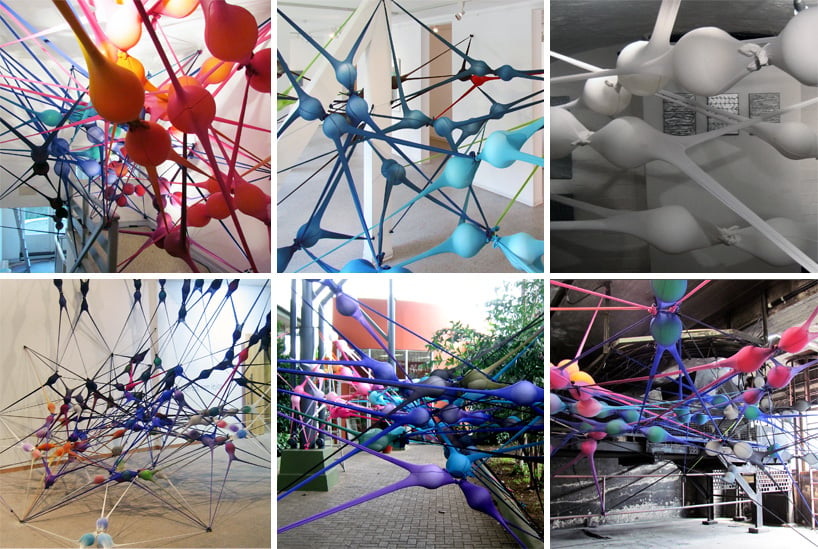 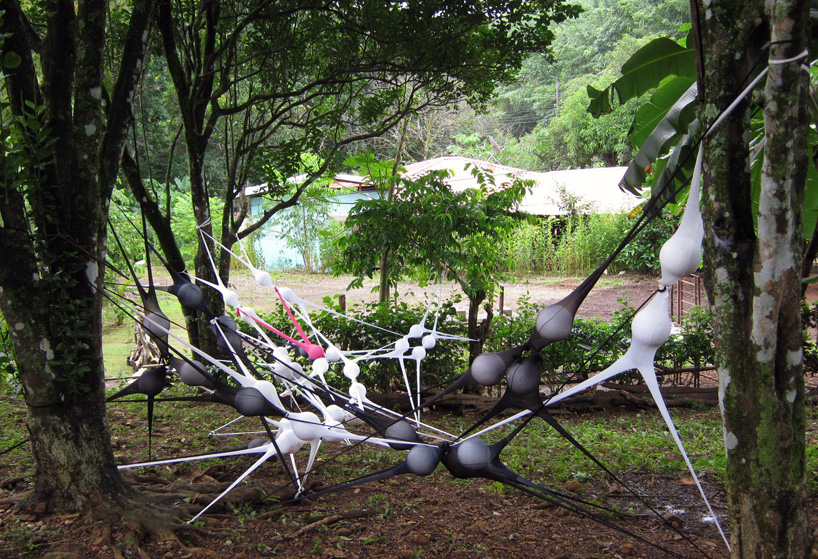 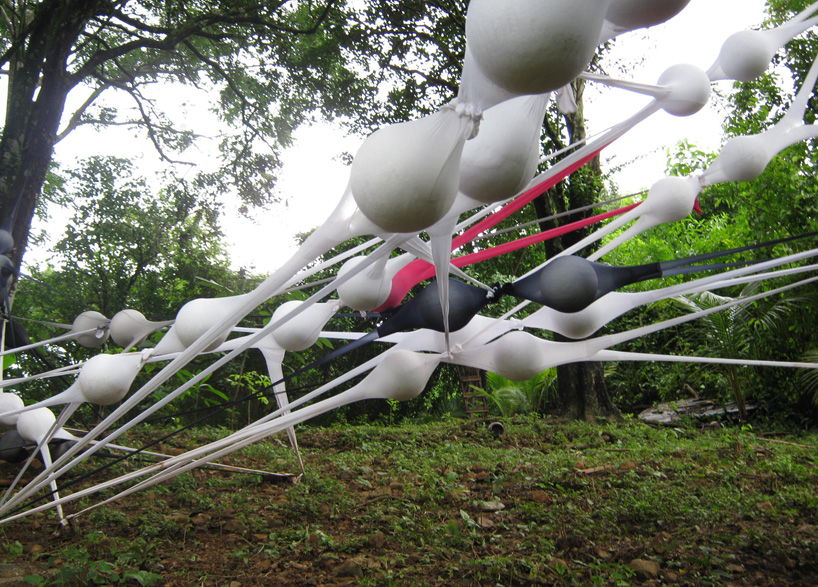 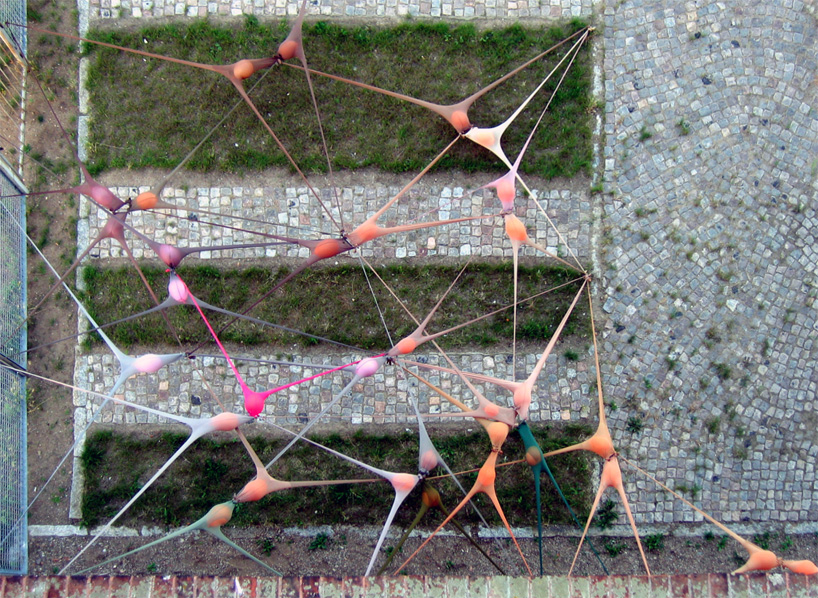 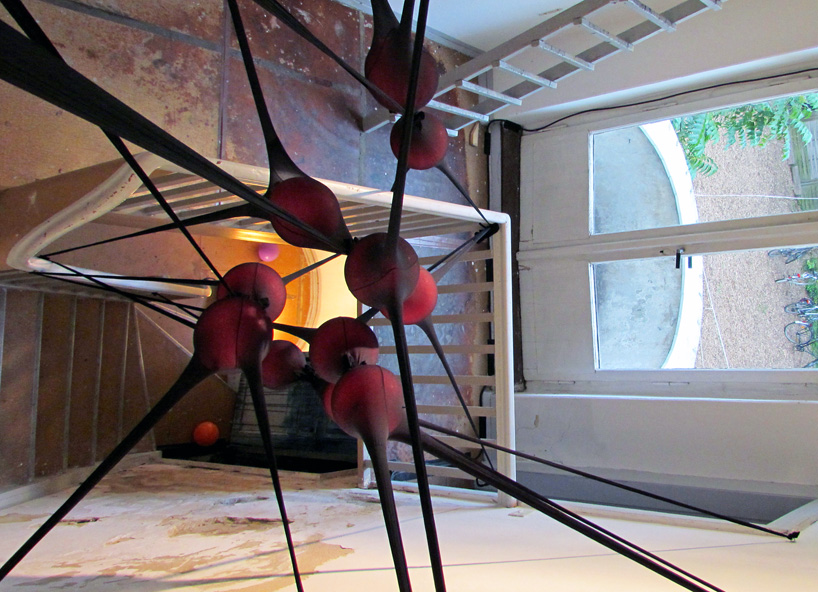