matthew cusick: the mind is its own place pavel zoubok gallery, new york city, USA on now until october 6th, 2012

a collection of matthew cusick‘s most recent intricate inlaid map-formed pieces are on display. this compilation of the new york-based artist’s work includes a selection of newly finished trademark crashing wave collage-from-cartography pieces juxtaposed with erotic artworks featuring ex-colonial subjects and other notable women through out history. each layered piece is built from both map segments particular to the subject pictured on historical, cultural and geographical levels in combination with the cusick’s compilation of cartography-derived colors. both the artist’s seascape pieces and his depictions of women whose lands had been colonized by european powers aim to understand the precariousness of a people trying to harness the power and beauty of something that is not theirs to own– nature and human alike. 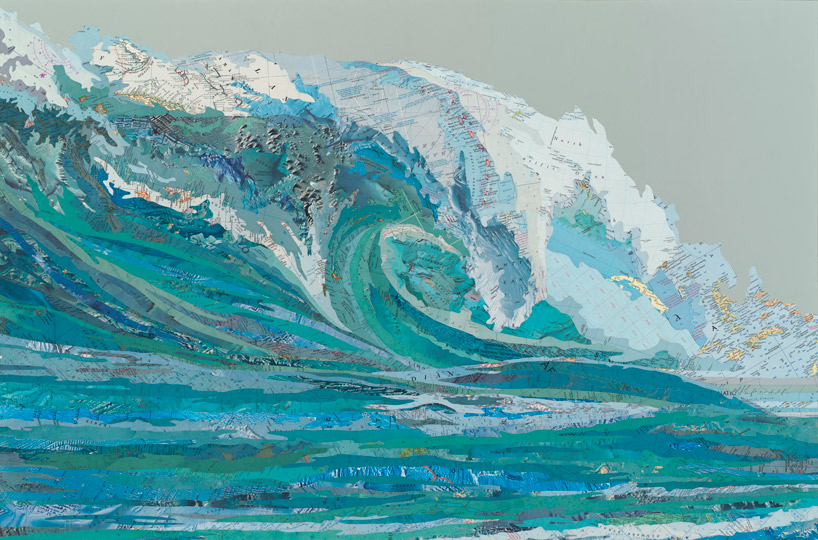 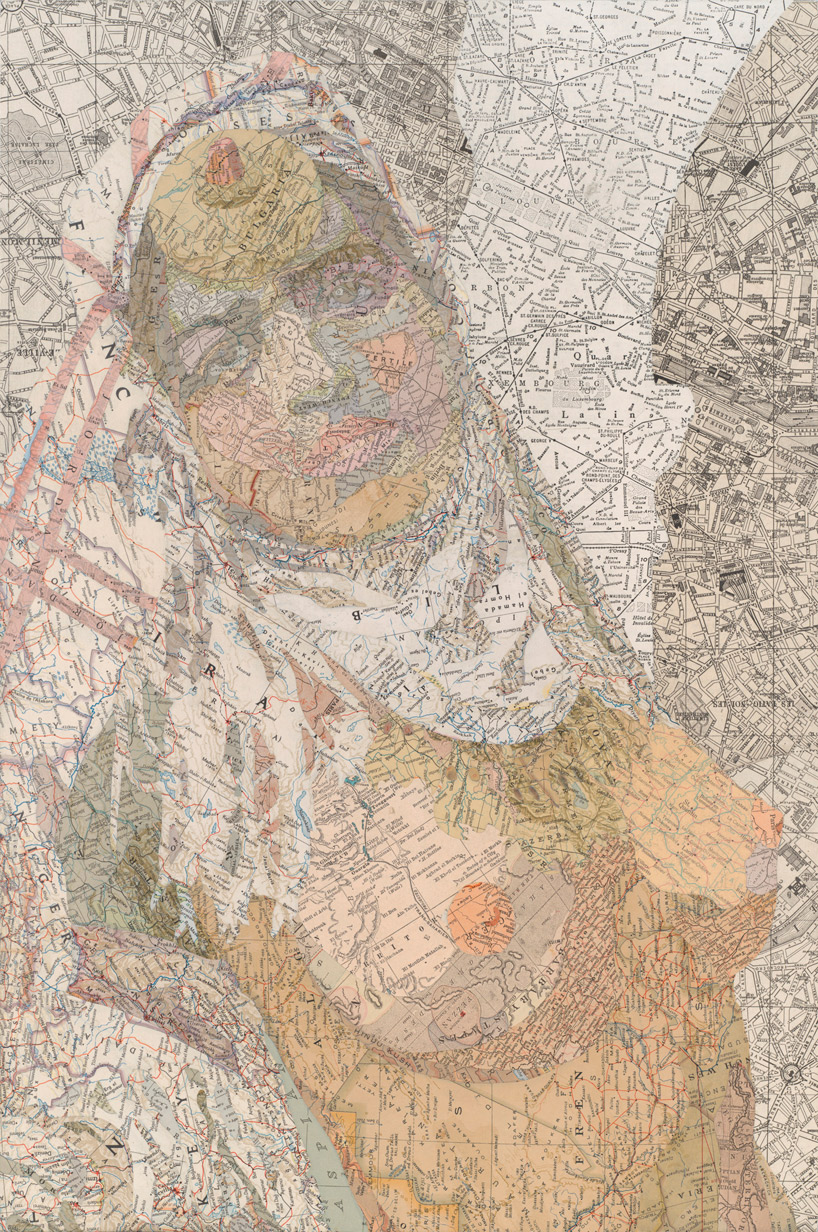 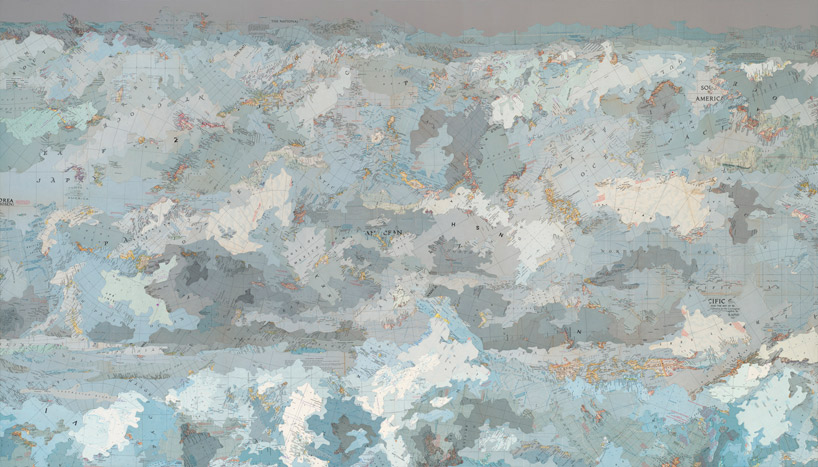 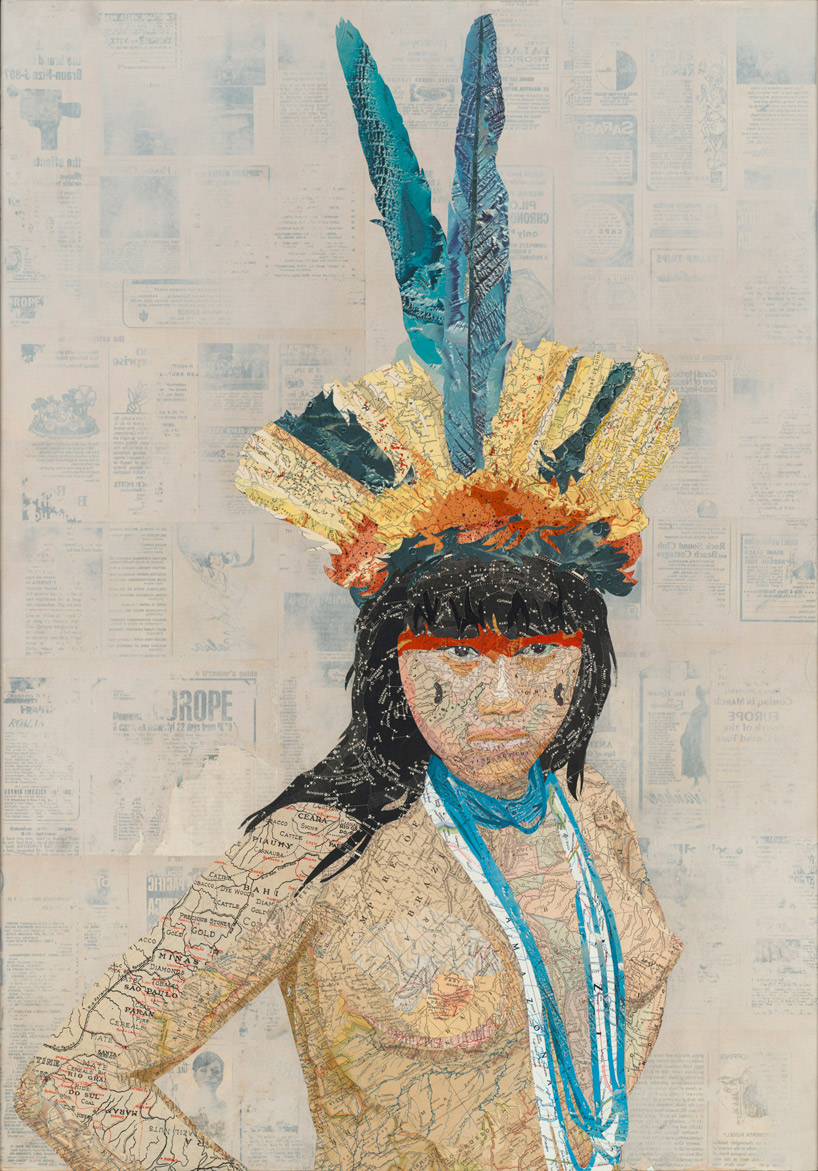 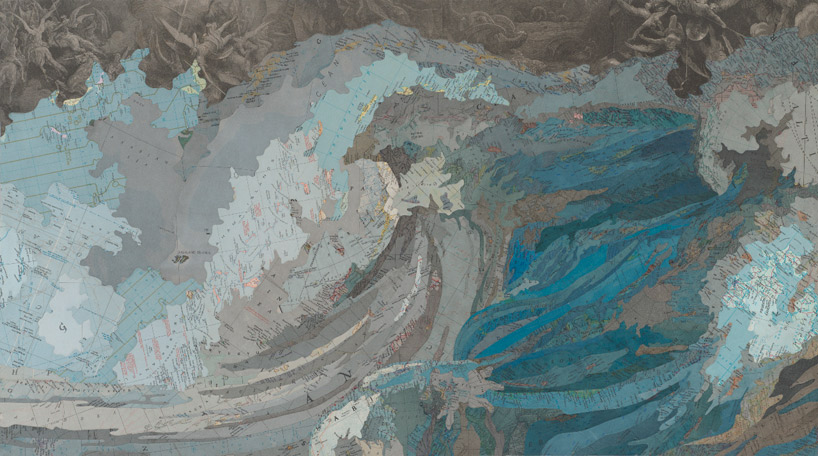