the first figures of the ‘cement eclipse’ series featuring miniature sculptures by isaac cordal was informed by the artist’s reaction to the steady use of cement in contemporary construction. the galician and brussels-based artist has perceived of the steady and wide-spread use of this building material as being detrimental to nature conservation. cordal has combined his interest in both cement as a medium and the human form to build small bodies from this readily sculpted base.

the artist then paints these tiny figures, the artist typically positions the sculptures in spaces in which the installations may be easily visible by the public. the newest works by cordal feature miniature bodies placed throughout accessible urban european surroundings. again, the artist asks his audience to recall issues plaguing the modern human such as poverty, consumerism, homelessness, environmental degradation and isolation by creating an intervention with these miniature and humorous forlorn figures. 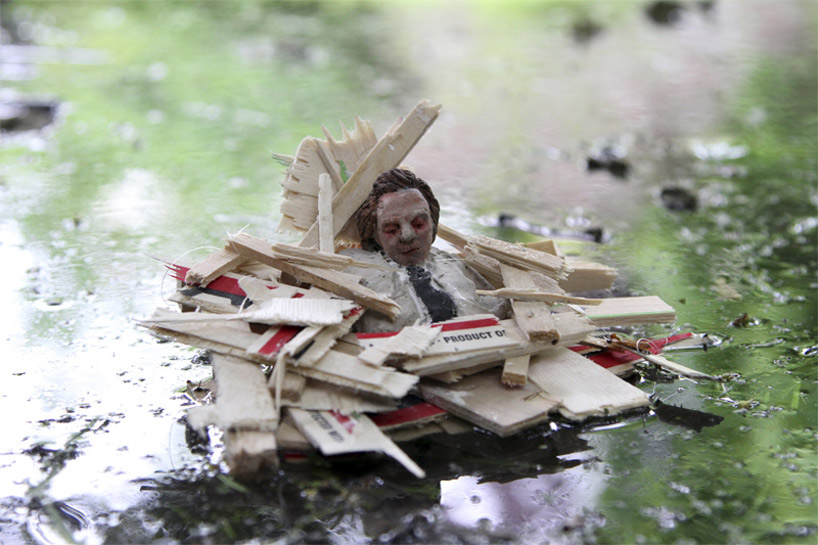 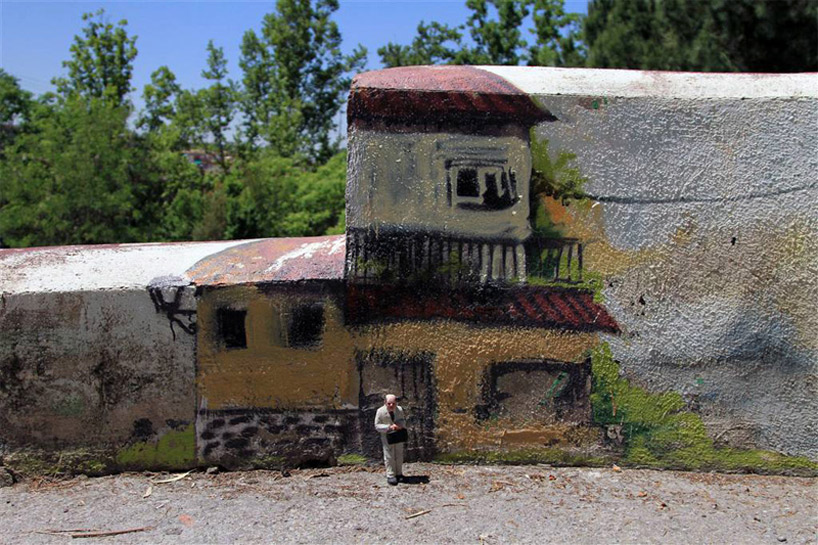 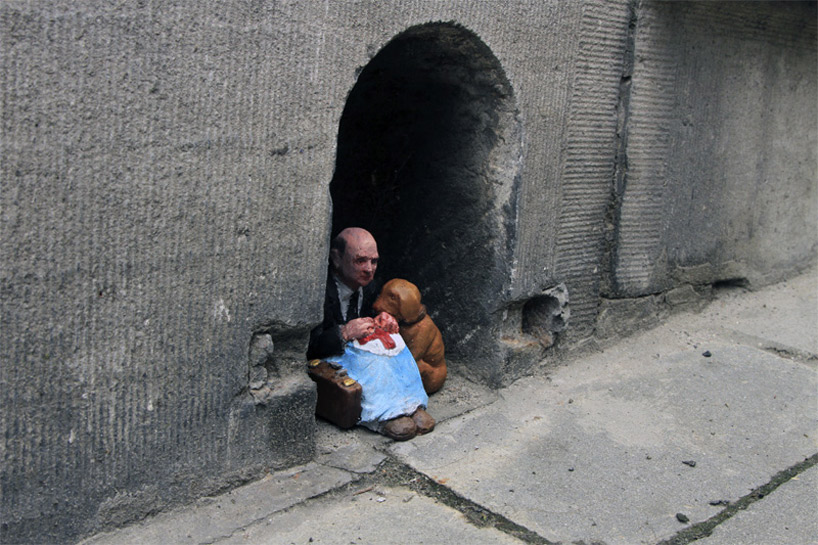 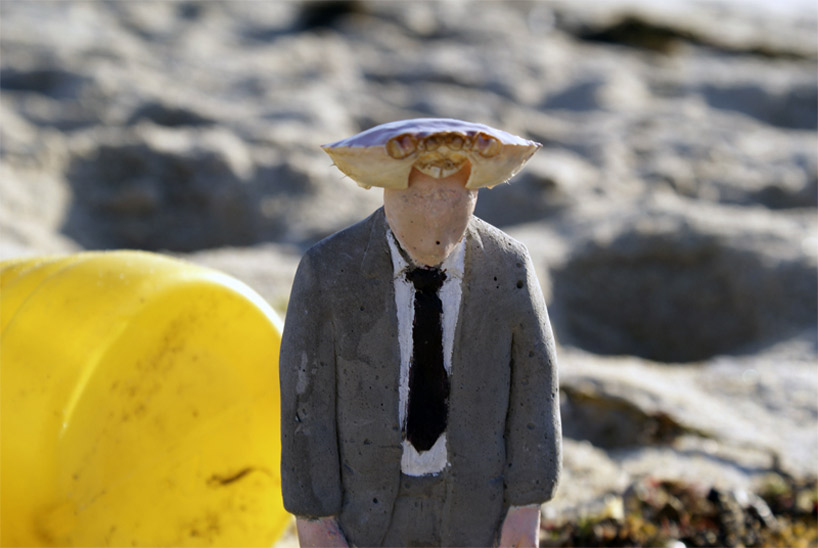 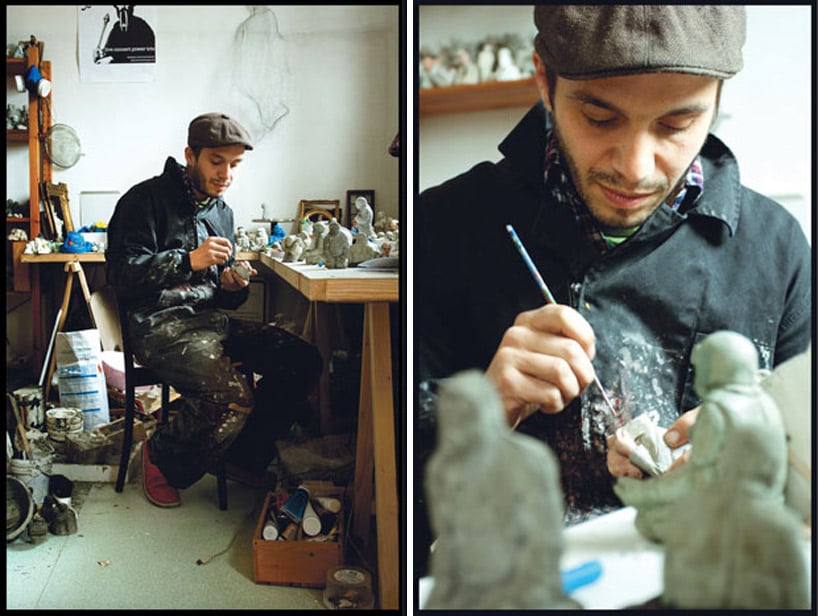 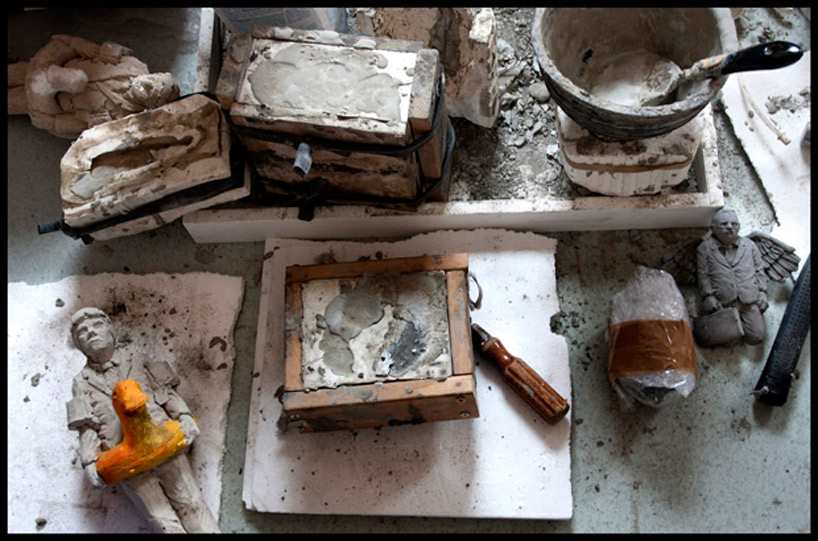 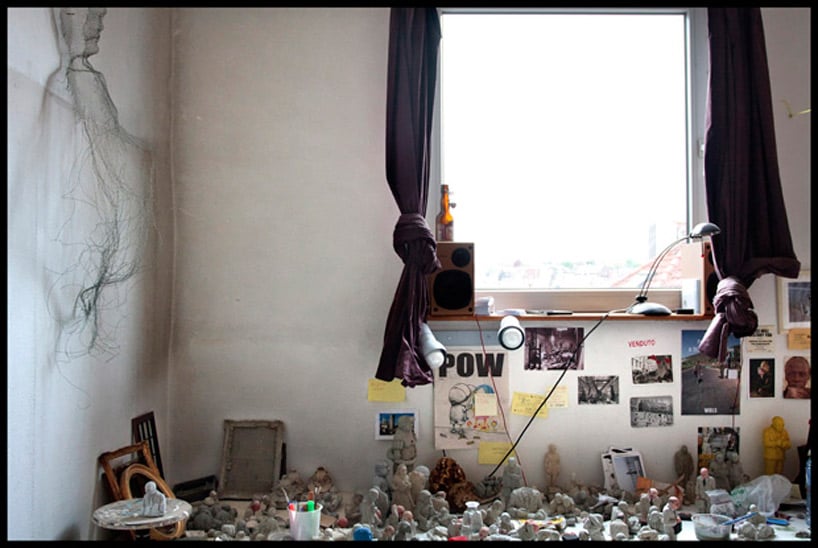 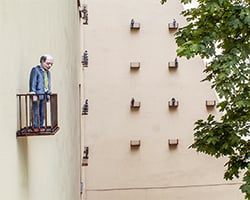 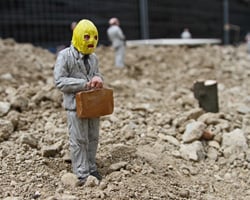 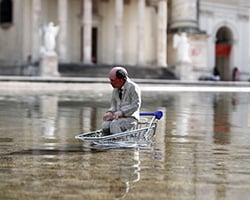 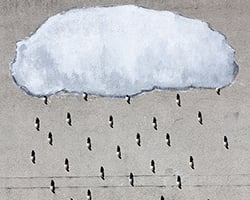