‘chuck’ by NFN kalyan american photographer and painter chuck close, is the fourth in the series, ‘nature of the beast’ glass, wood, steel 27″ x 25″ x 26″

miami-based artist NFN kalyan has created several new sculptural portraits for his ongoing series entitled ‘nature of the beast’. each of the 200 pound sculptures in the series is comprised of 20+ panes of engraved starphire glass, lit with LED and contained in a walnut base. the faces featured in each work are hand drawn by kalyan, then etched into glass by laser.

see our designboom coverage of NFN kalyan’s initial work from the series ‘nature of the beast’, lebron. 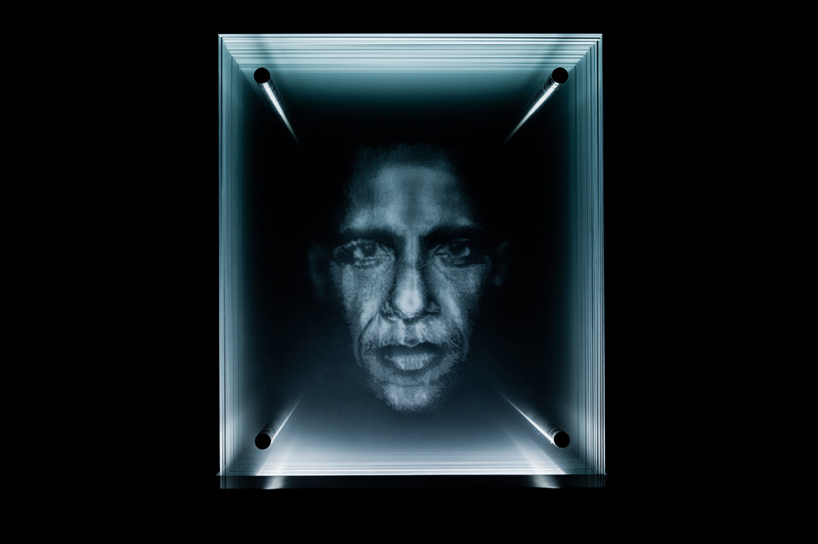 ‘barack’ 44th president of the united states of america, barack obama barack is the second in the series, ‘nature of the beast.’ glass, wood, steel27″ x 25″ x 23 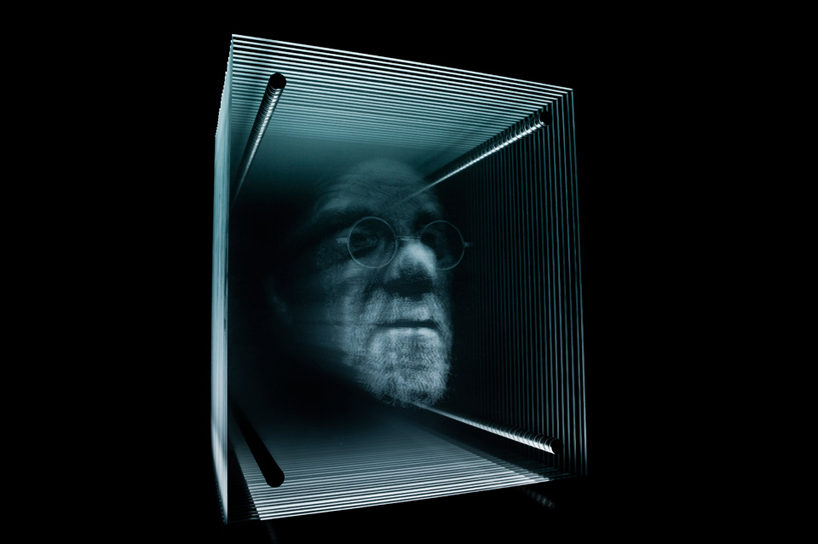 side view of ‘chuck’ 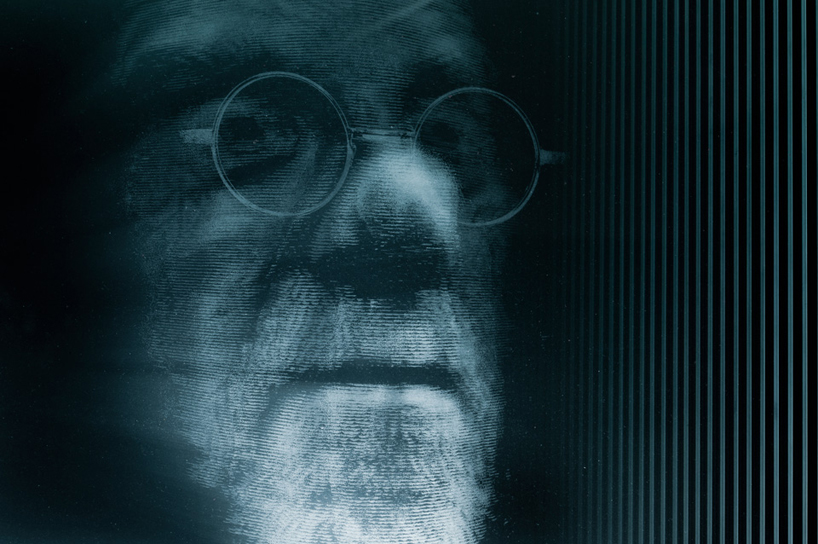 side detailed view of ‘chuck’ 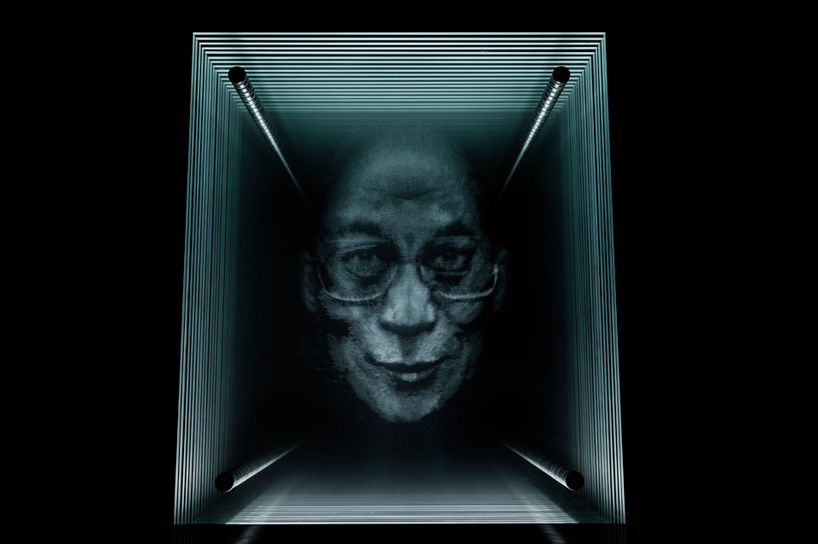 ‘kundun’ his holiness the XIVth dalai lama, tenzin gyatso, also known as kundun – leader of the tibetan people kundun is the third in the series, ‘nature of the beast’ glass, wood, steel27″ x 25″ x 20″ 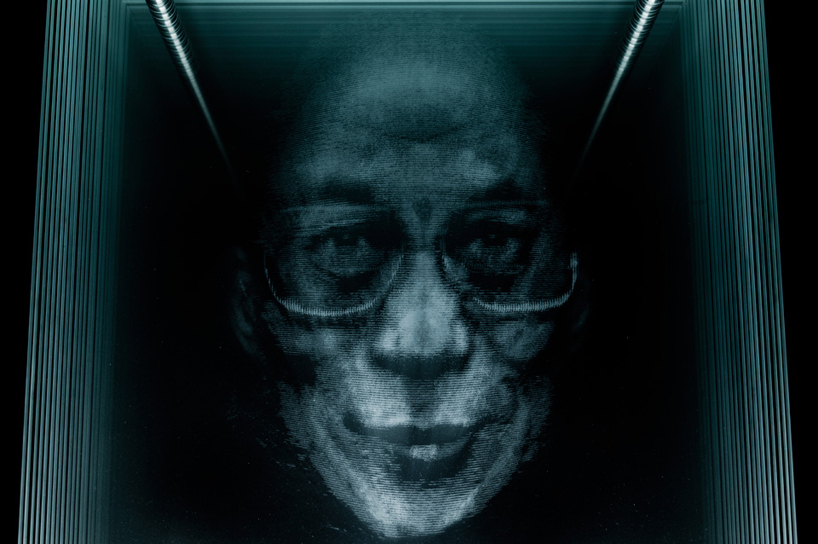 close up of ‘kundun’ 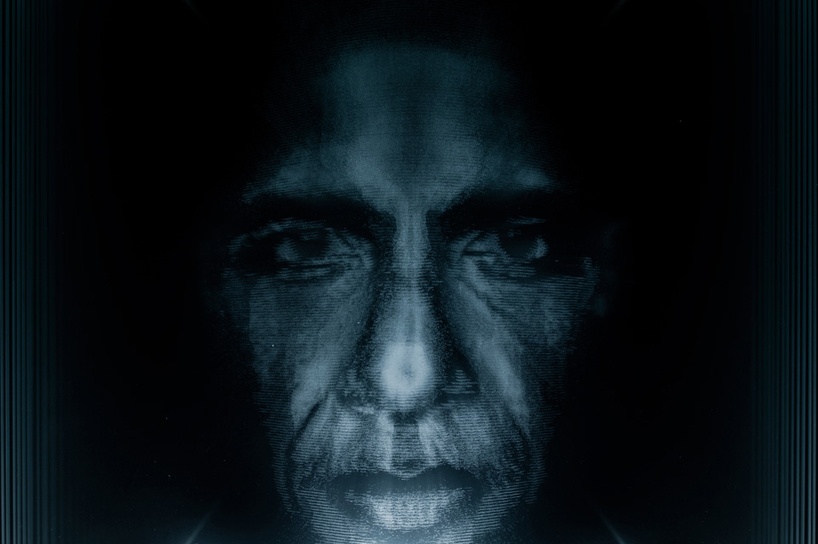 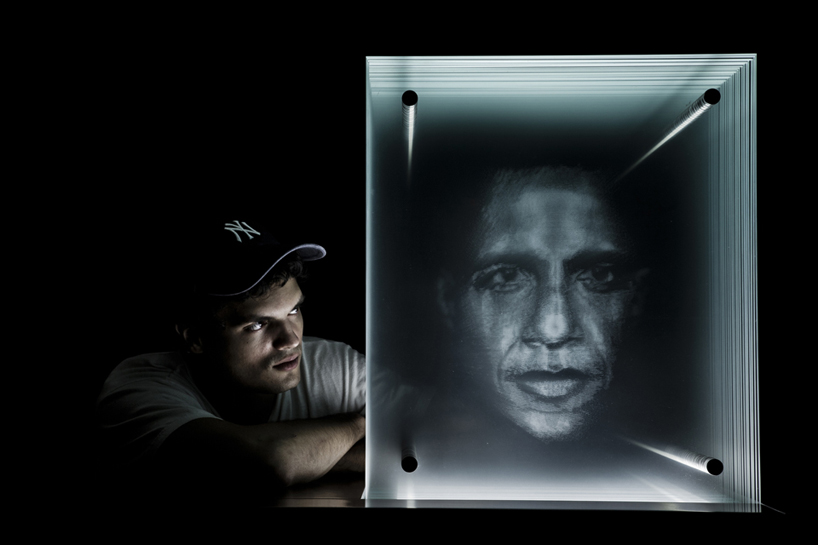 the artist, NKN kalyan with his work, ‘barack’

designboom has received this project from our ‘DIY submissions‘ feature, where we welcome our readers to submit their own work for publication 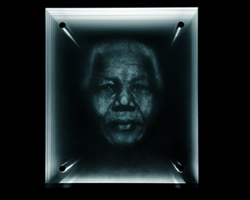 Apr 08, 2021
linear reflective piece by phillip k. smith III + SOM mirrors the californian landscape
at sunset, the reflection of the glowing sky and onshore clouds merges with floating, shifting gradients of light across the surface of the work.
art
546 shares
readers
connections: 66

Apr 07, 2021
motoi yamamoto shares how memories shape his mesmerizingly intricate salt arrangements
designboom spoke with the japanese artist about how the fragility of salt 'always reminds me that all things are subject to change, and that life is finite.'
art
678 shares
connections: +1490