chicago-based artist nick cave — best known for his extraterrestrial sculpture series known as ‘soundsuits’ — has presented a new body of work at art basel miami beach. his ‘hustle coats’ comprise classic trench outerwear lined with row-upon-row of glistening jewels, watches and chains. throughout the course of his work, cave’s creative obsession with costume and its relationship to culture has prompted the study of couture and ‘wearable’ art. these pieces allude to the coats worn by illegal street salesmen, who offer ‘knock-offs’ of luxury, brand name goods for a fraction of the price. this source of reference goes in line with cave’s overall interests: ‘I’m totally consumed by the special attire that has a powerful and meaningful purpose within a culture,’ he describes.

priced at $60,000, the ‘hustle coat’ presented at the booth of new york-based jack shainman gallery sold within the first minutes of the VIP wednesday opening of art basel miami beach. 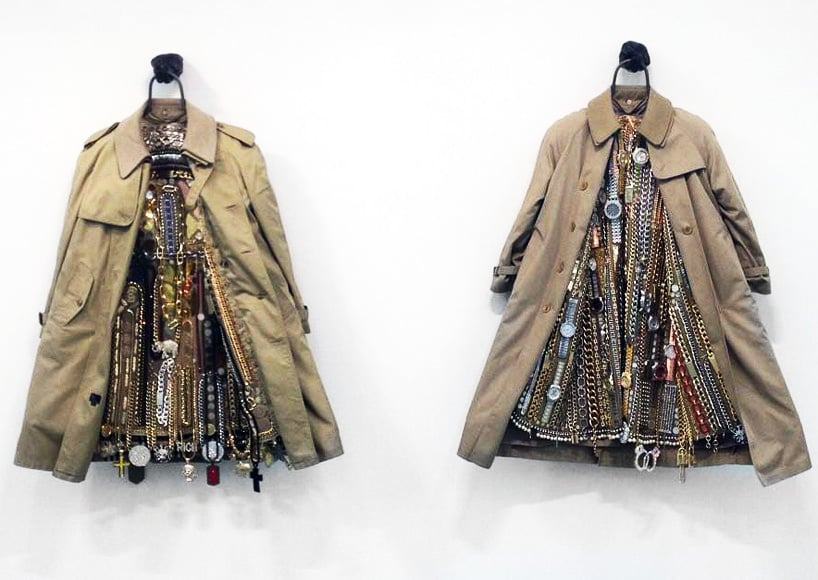 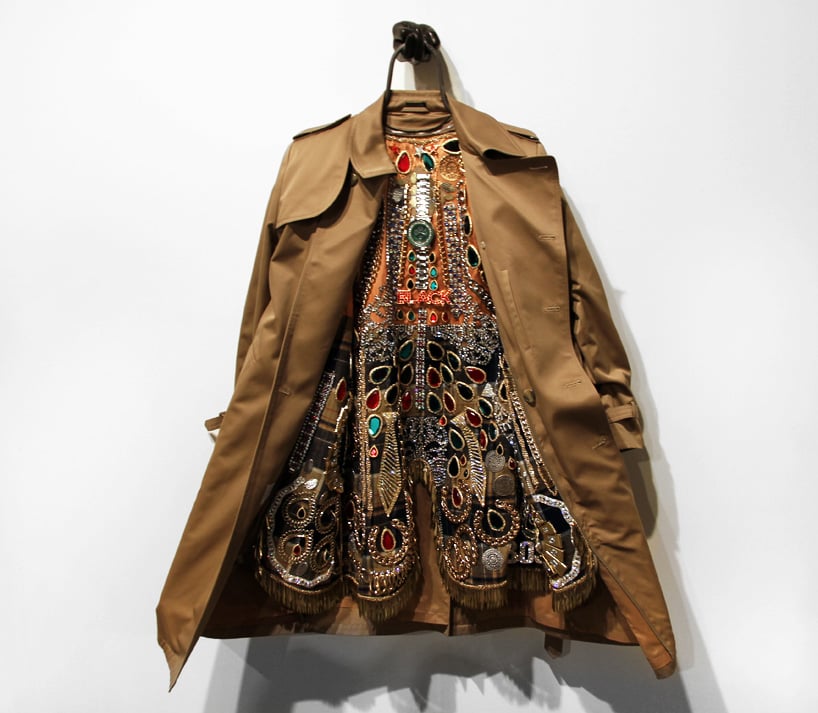 gemstones and gold are encrusted into the trench
image © designboom 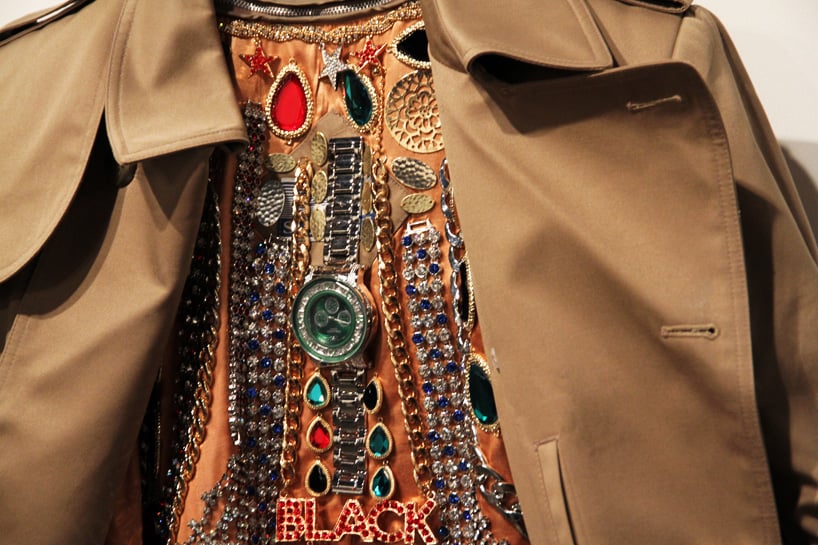 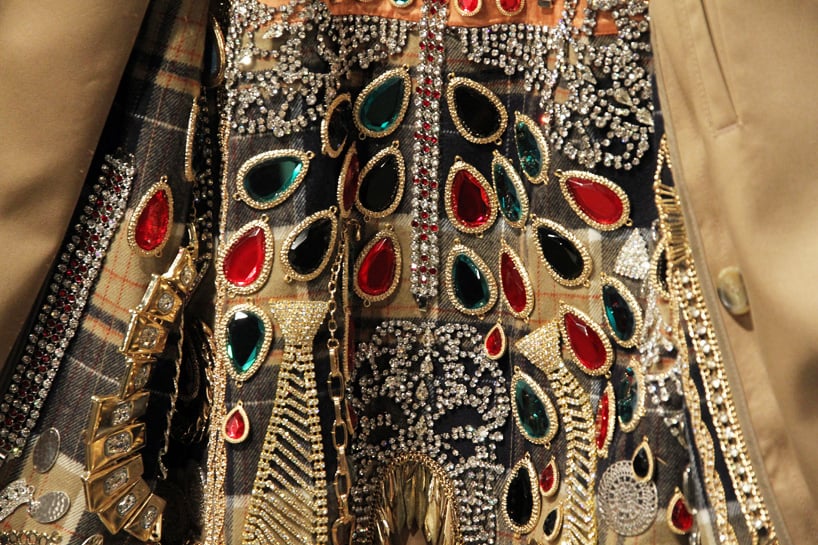 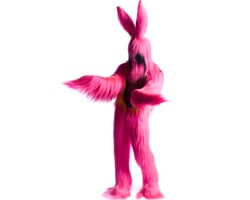