worldwide advertising agency mccann has commissioned photographer nick meek to visualize the images for the campaign of sony‘s new 4k TV, a monitor which promises four times the detail of full high definition. the team flew to the colorful tropics of costa rica, where they collected thousands of lush, vibrant botanical life — like multicolored flower petals and leaves — for more than two weeks. these materials would become the fundamental medium for the project: to illustrate the excellence in focus, the petals were blown and exploded throughout the island landscape, whirled through the prismatic suburban streets, blasted out from a neighboring volcano, and blanketed on a pathway where a young skateboarder drifts past. the detailed vistas, which describe the extreme caliber of sony’s new device, are so sharp and clear that the viewer is immediately enveloped in the hyper-realism. 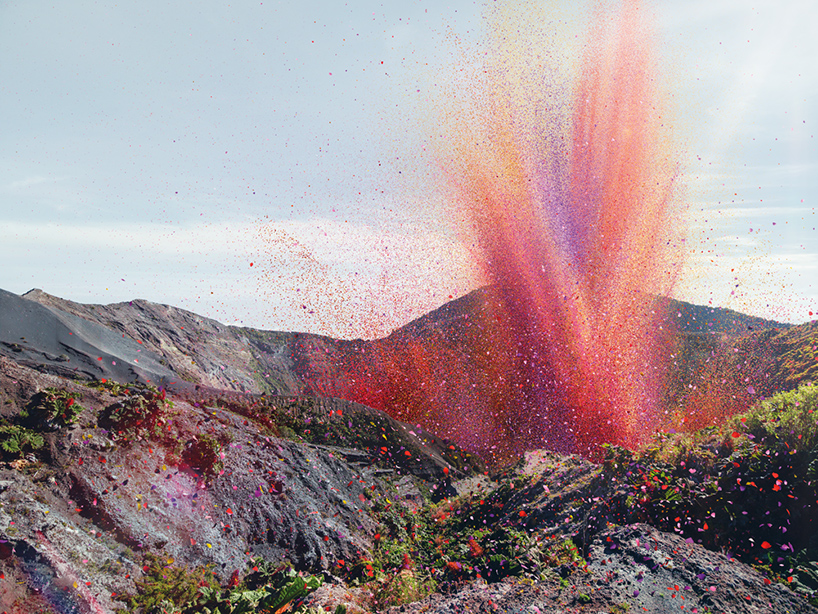 flower petals exploding from a volcano in costa rica 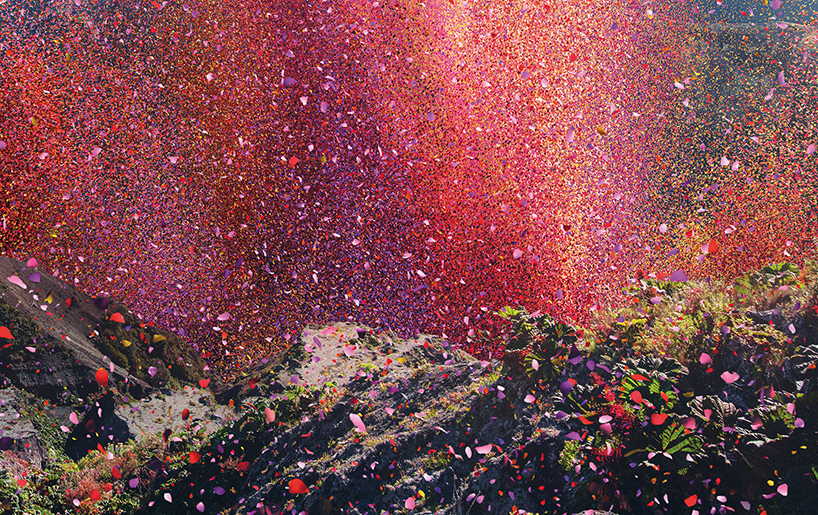 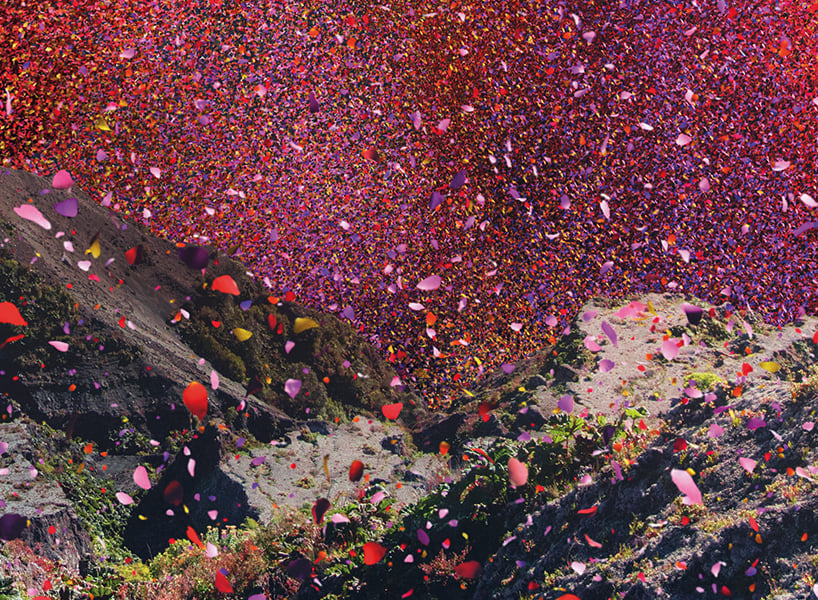 a closer detail of the same image 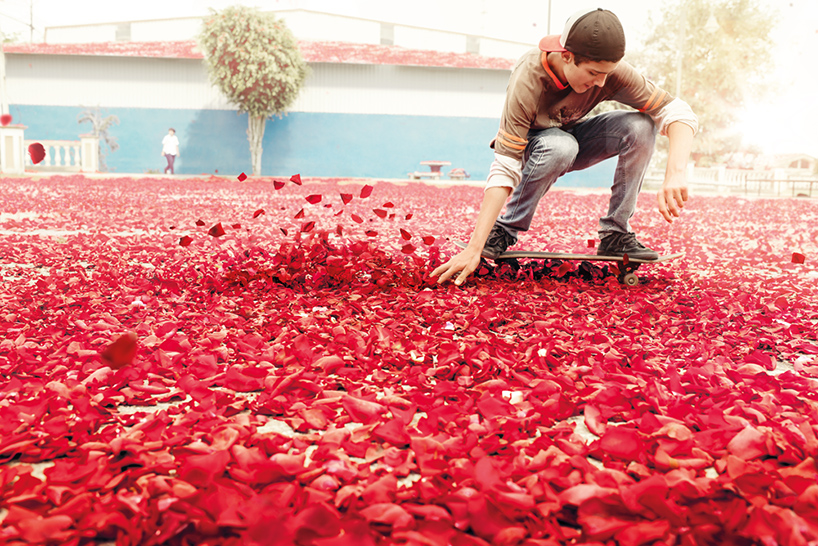 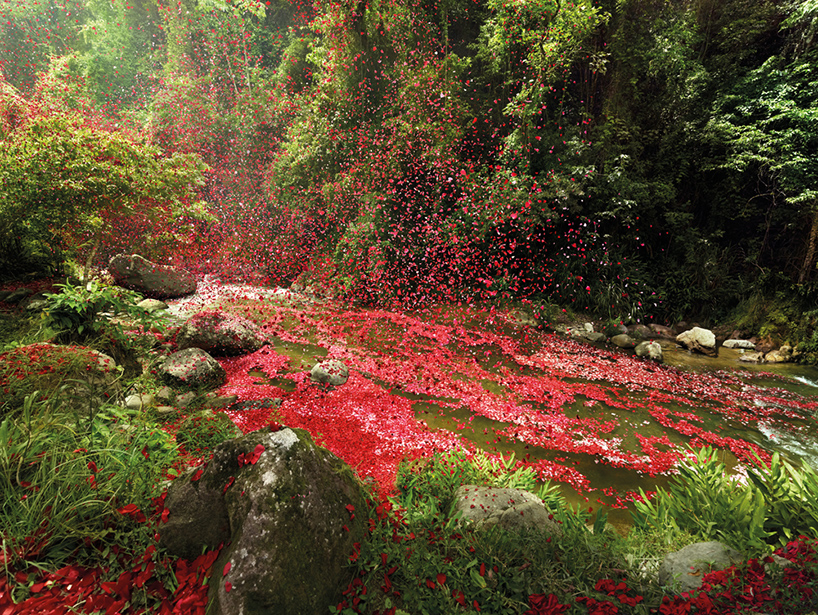 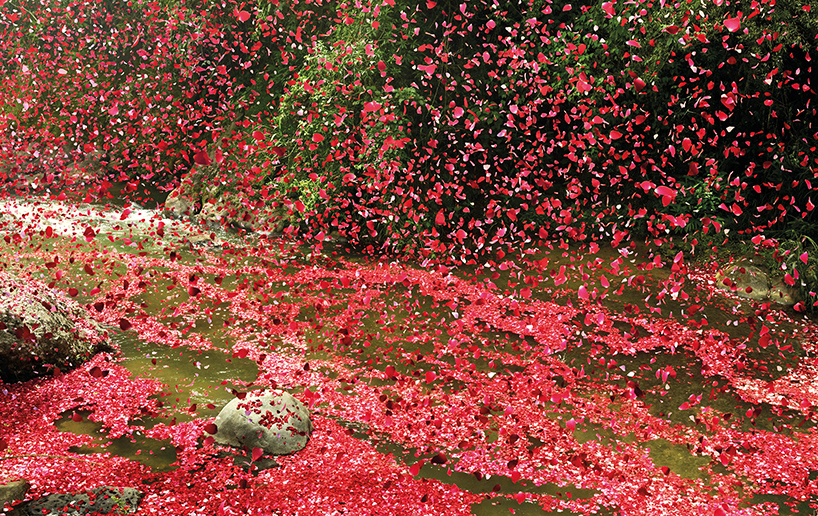 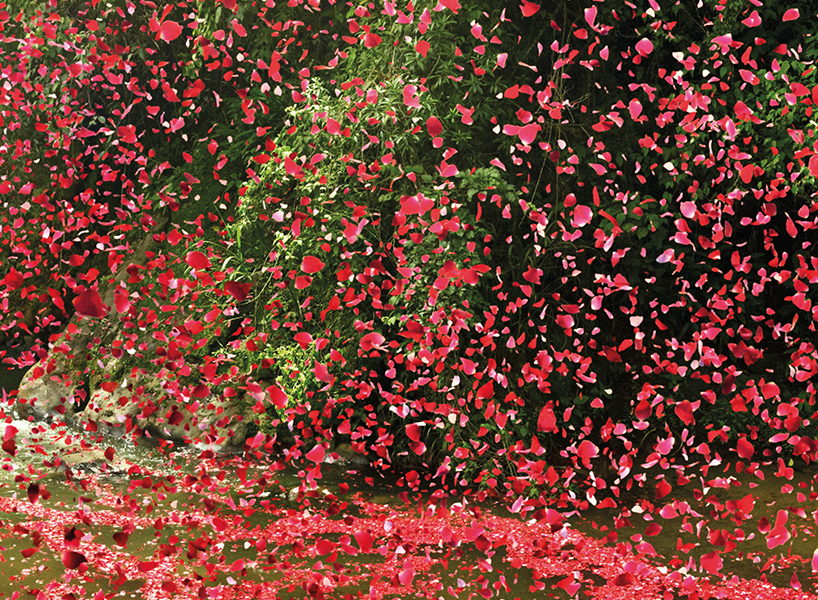 a closer detail of the same photograph