using ice as both her photographic and sculptural medium, environmental artist nicole dextras freezes garments of varying season, texture, and fabric in frosted volumes, highlighting the wardrobe’s skeletal qualities. the series that makes up ‘castaways’ has been captured on toronto island, a small community celebrated for its beach and amusement park open during the warm months, while the winter period leaves the town somewhat devoid of its usual summertime energy. with this in mind, dextras imagines the apparel representing the spirits of the theme park frozen in time, out of season, waiting for the great melt. the ephemeral nature of the urban sculptural installations invite the viewer to construct their own narrative as the artist explains, ‘like an isolated silent film still, they exist only for a moment and then the movie continues on.’ 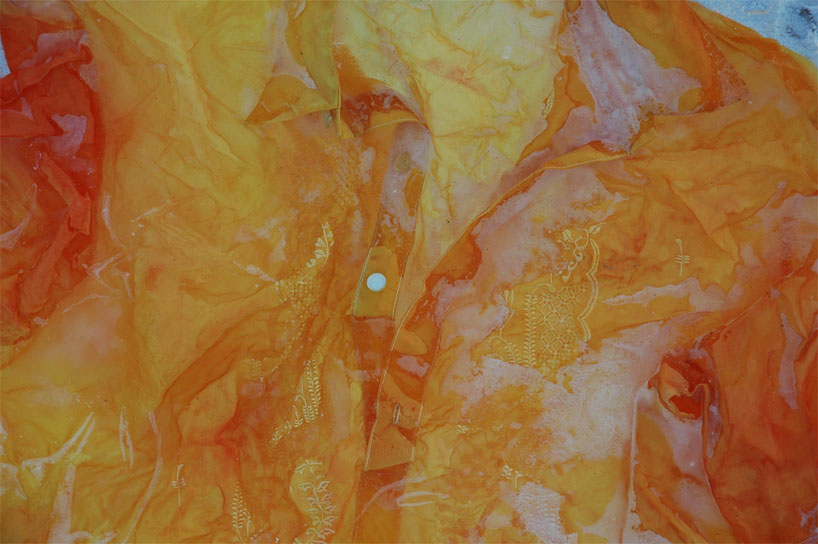 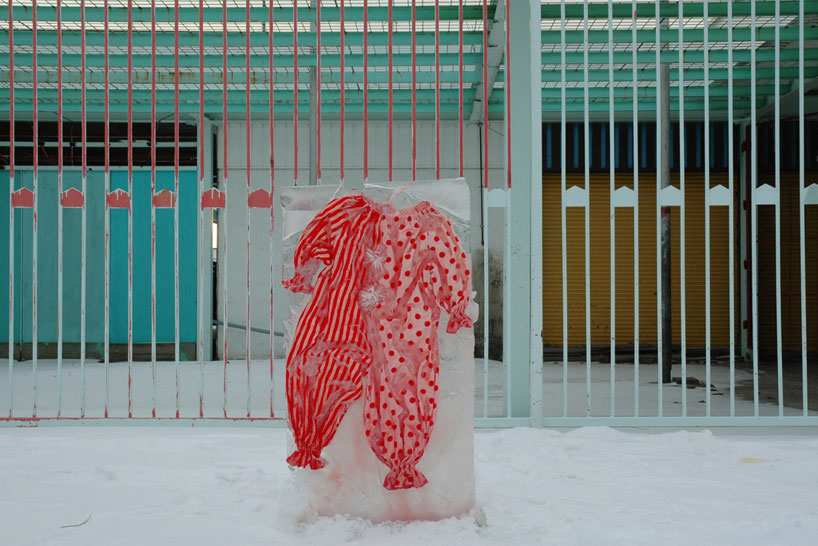 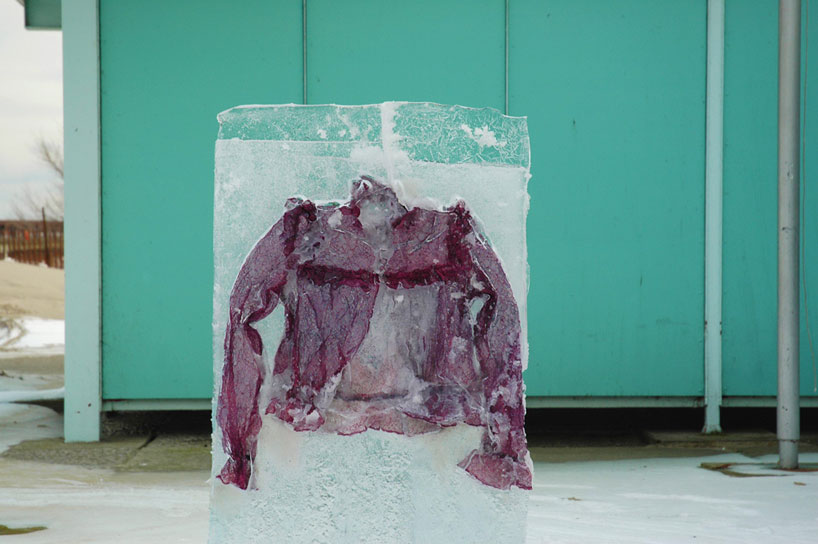 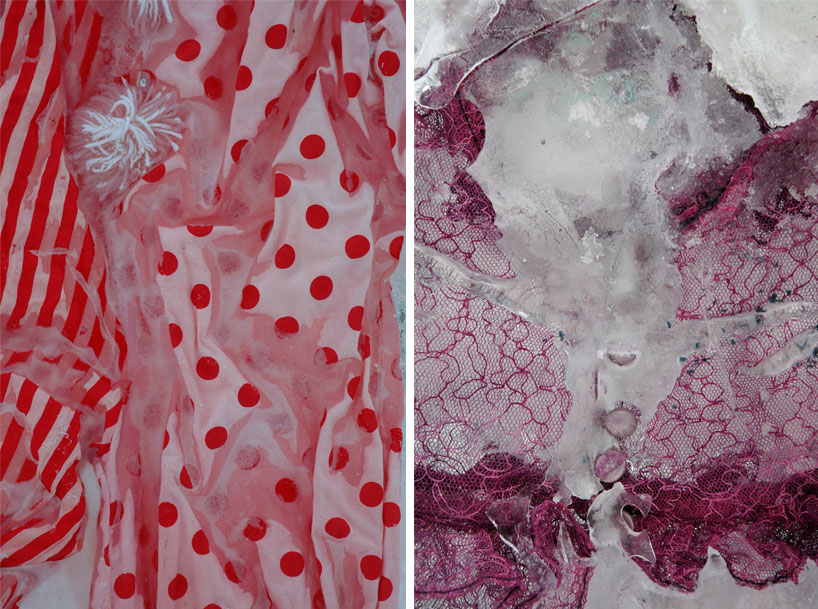 ‘pharos’ — an iteration in the series of ice encased clothing — consists of six blocks of frozen water with intricate ensembles embedded within. the sheer fibers and cloths trapped inside the glacial masses allow natural sunlight to filter through, overall establishing a wall of crystalline luminosity. the 5 foot-high masses have been built outdoors and represent the early days of winter carnivals. 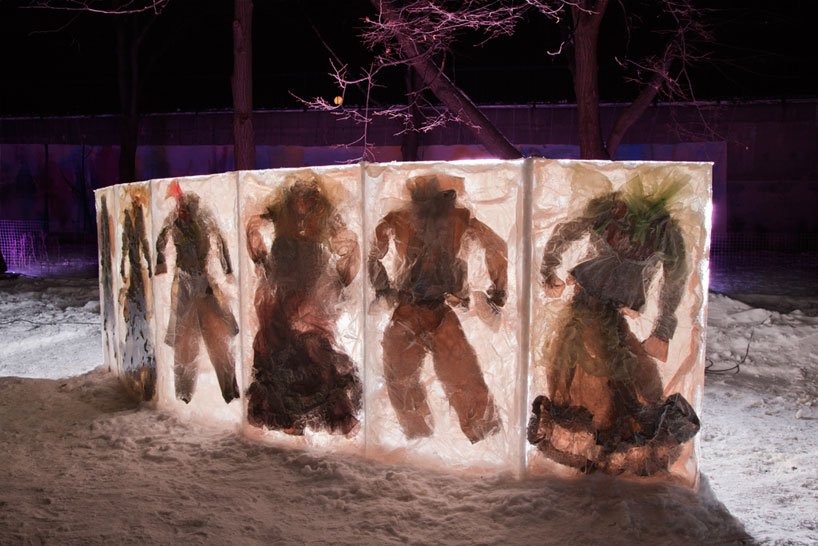 ‘pharos’ at the winterlude festival in ottawa canada 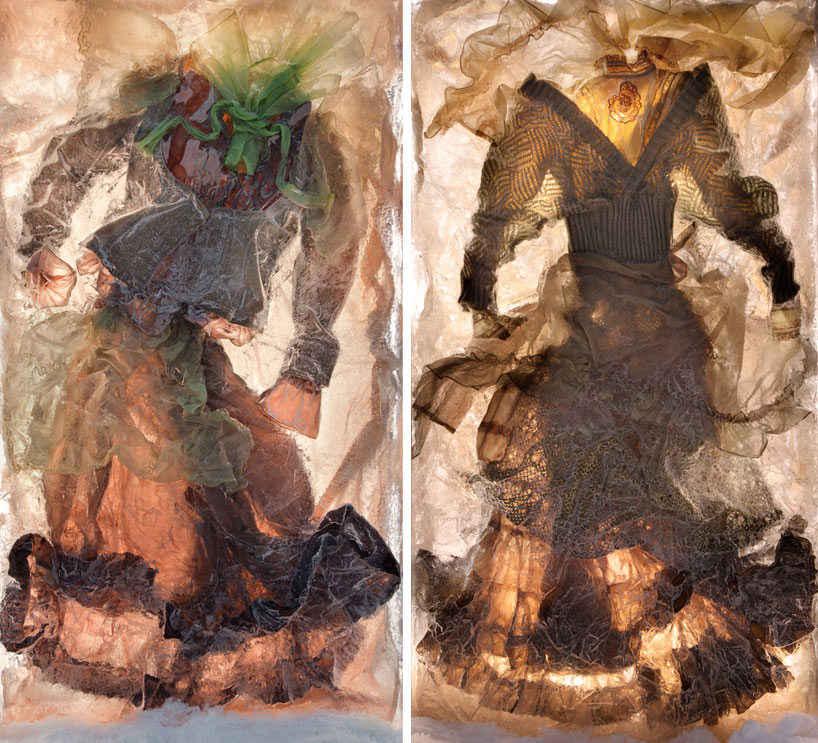 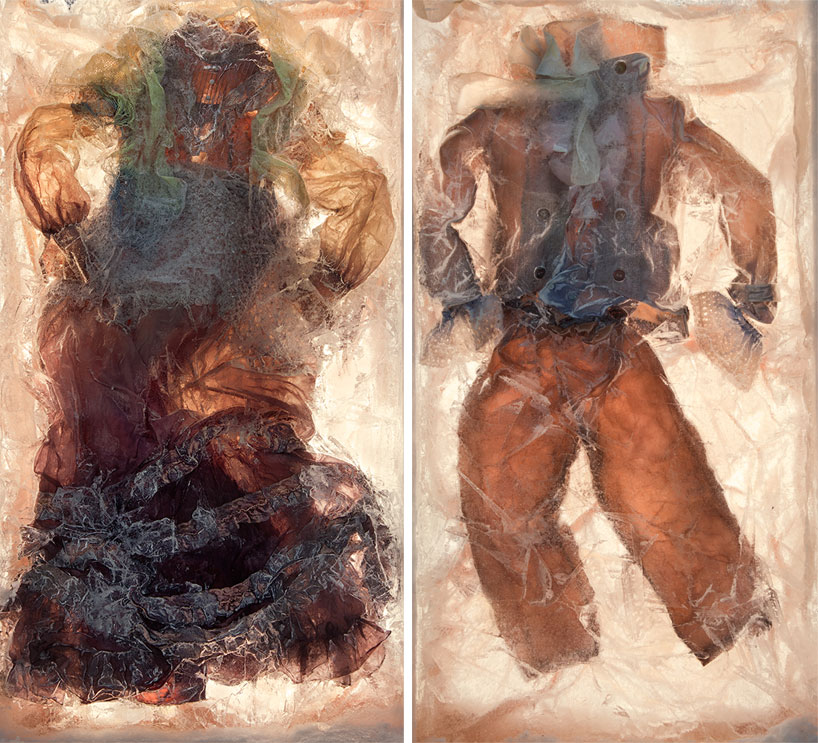 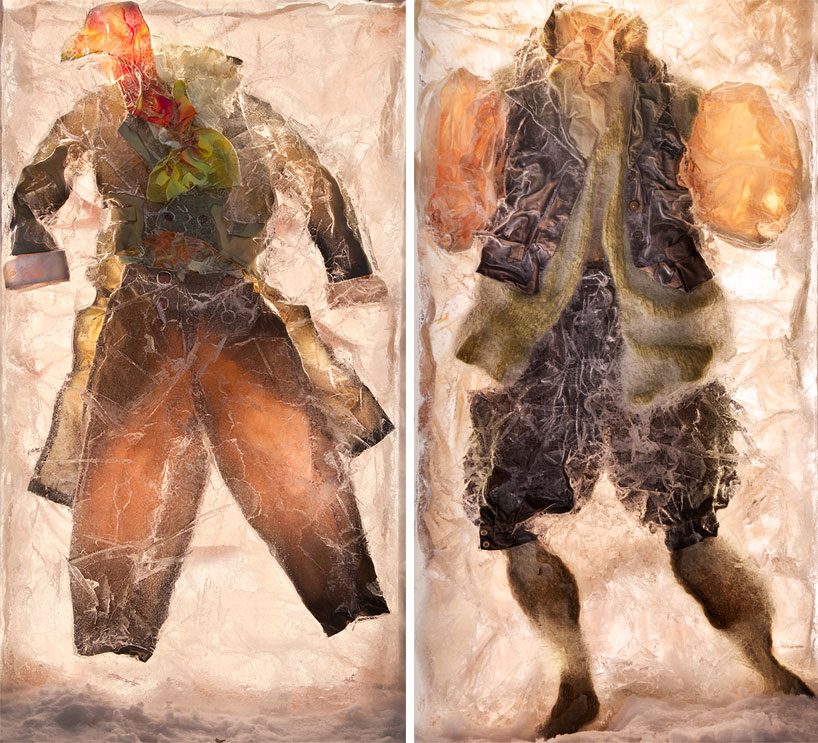