with the start of this year’s NFL season, NIKE has partnered with the NFL foundation and a group of 11 new york artists to celebrate the debut of its new ‘color rush’ uniforms for all 32 teams. the new apparel is a vibrant reinterpretation of each team’s traditional get-up, drawing inspiration from the primary colors of both contemporary and historic schemes. every thursday, participating teams will take to the field wearing a special ‘color rush’ edition of NIKE’s ‘vapor untouchable’ uniform. the color rush campaign began in 2015 as a way to celebrate the 50th anniversary of the first ever color-broadcast of a regular season game in 1965. originally only 8 NFL teams sported the updated outfits, but this year NIKE will present a color saturated version for every team in play. to celebrate the release of the all 32 color rush uniforms, NIKE has collaborated with 11 creatives, tasking them with designing a piece of artwork inspired by a particular team’s historic color combinations. 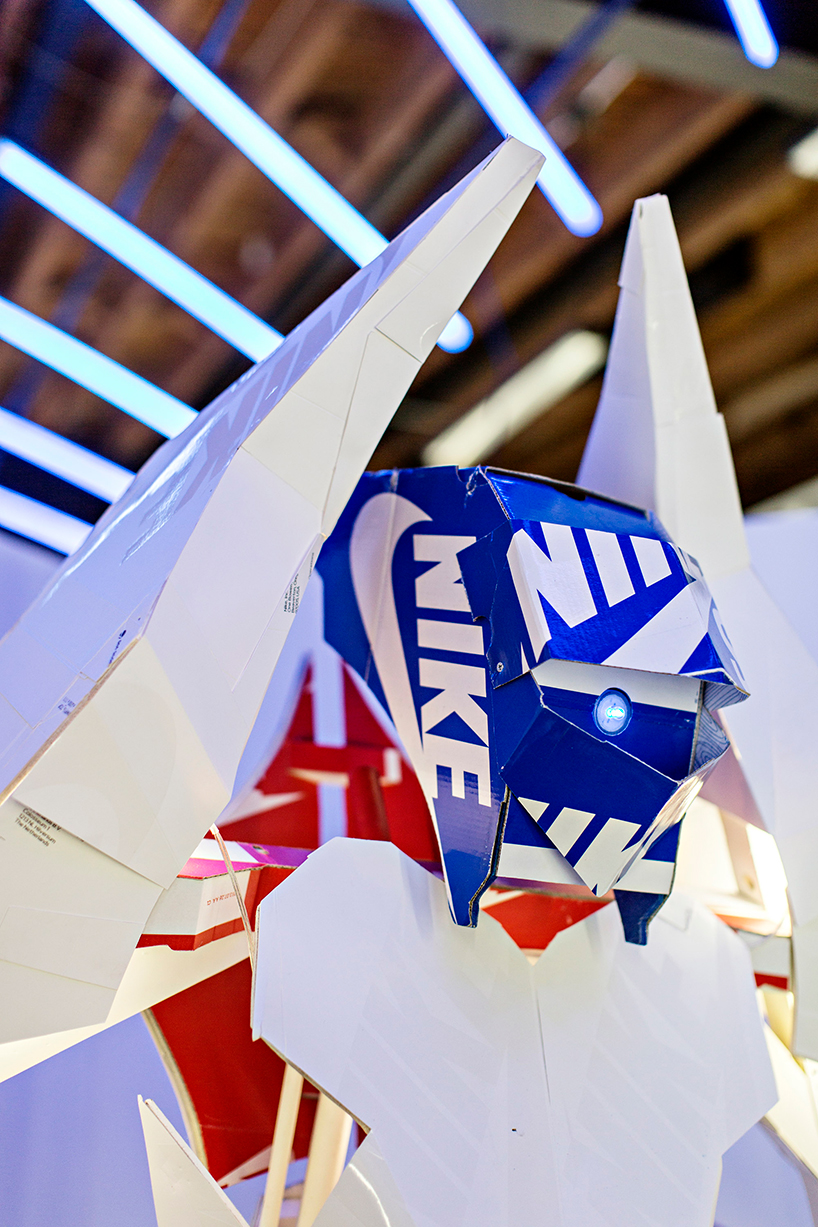 five of the works are ‘giants’ inspired, five ‘jets’

exhibited at the NIKE+ studio space in lower manhattan, the resultant bricolage of creations, installations and paintings pay homage to the history of of the NFL in a variety of imaginative manifestations. the pieces — five of which are giants inspired, five jets inspired — range from towering, futuristic robots to customized newspaper dispensers. the collection is representative of the various ways in which football — and sport in general — affects and influences our day-to-day lives, and the how this effect is interpreted. whether it be through active participation and devotion to a certain team, or a more passive respect for sport as a cultural influencer, this intersection of sporting iconography, art and design presents a diverse range of creative reactions to NIKE’s commission. 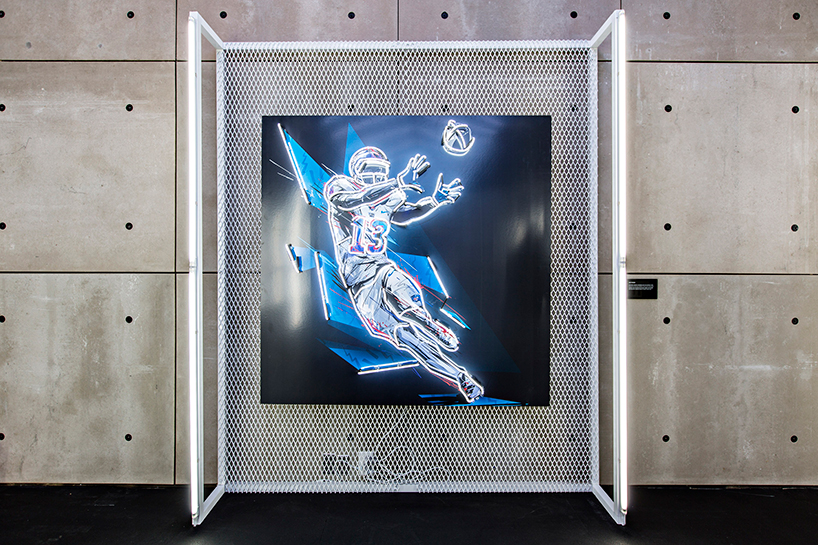 a kaleidoscope of hues across the exhibit demonstrate the visual and emotional impact of color, and its importance within the realm of sport, both as a functional signifier and as a means of emotional expression. artists showing at the exhibition include ars thanea, FAUST, meguru yamaguchi, pawel nolbert, naturel, christophe roberts, raven b varona, patrick vale, jack aguirre, lemon andersen and saiman chow. 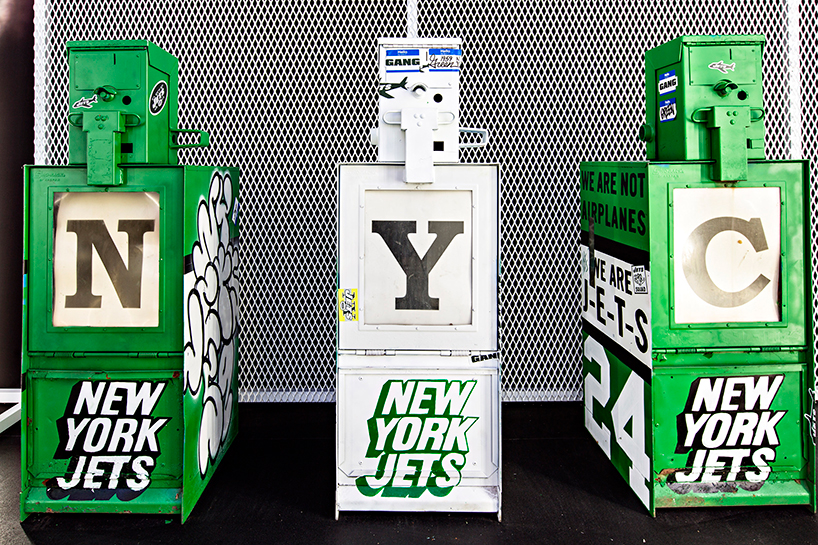 the installations are a colorful collection of interpretations 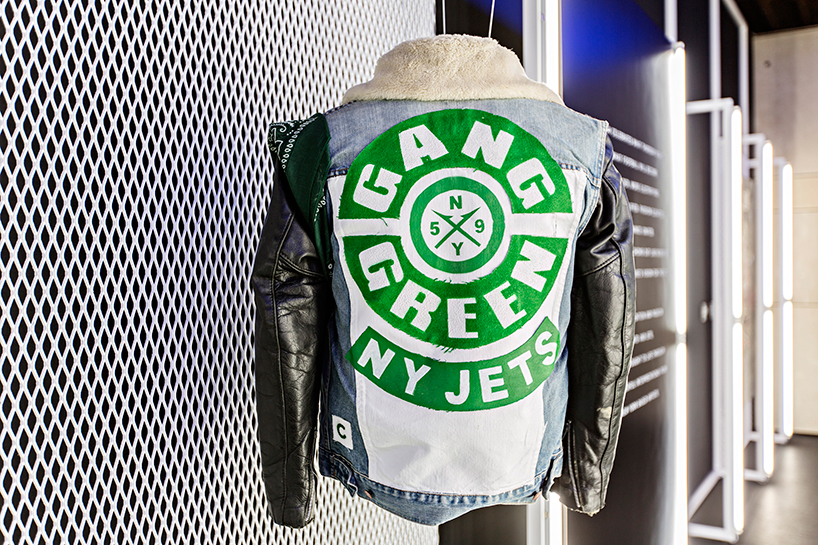 highlighting the pervasive power of color in sport 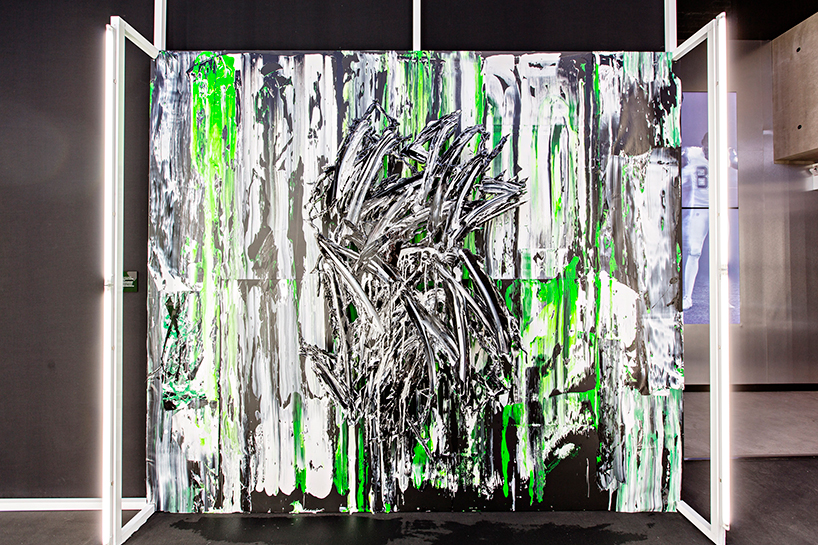 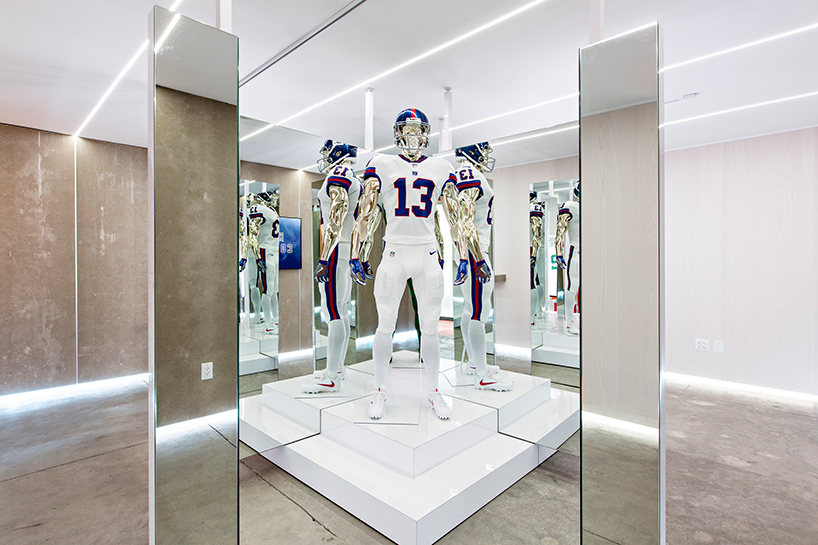 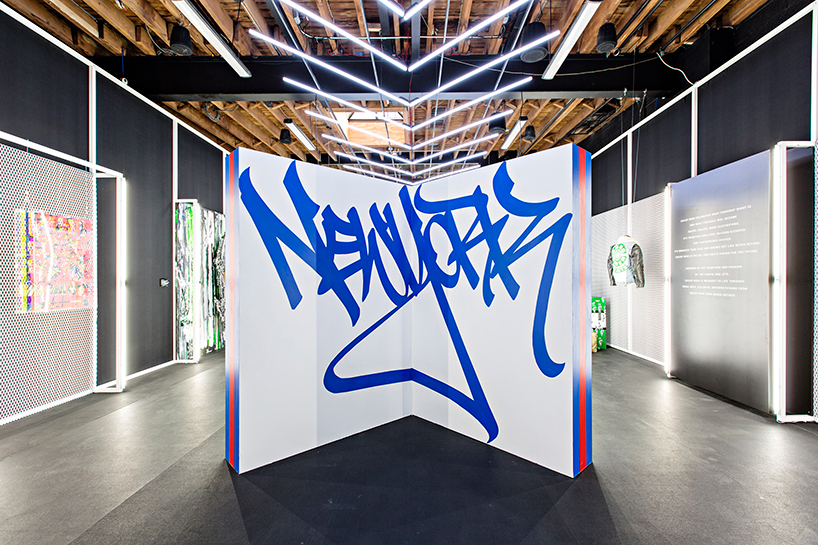 the collection was exhibited for a week at the NIKE+ studio 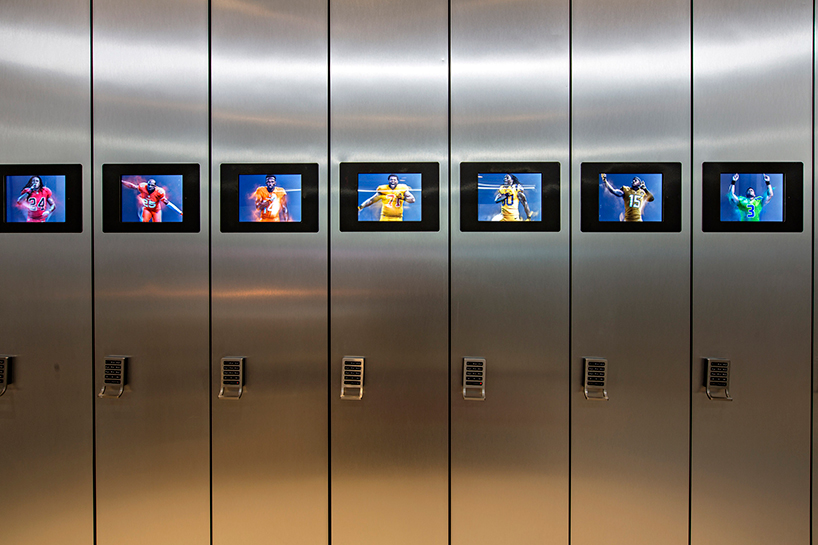 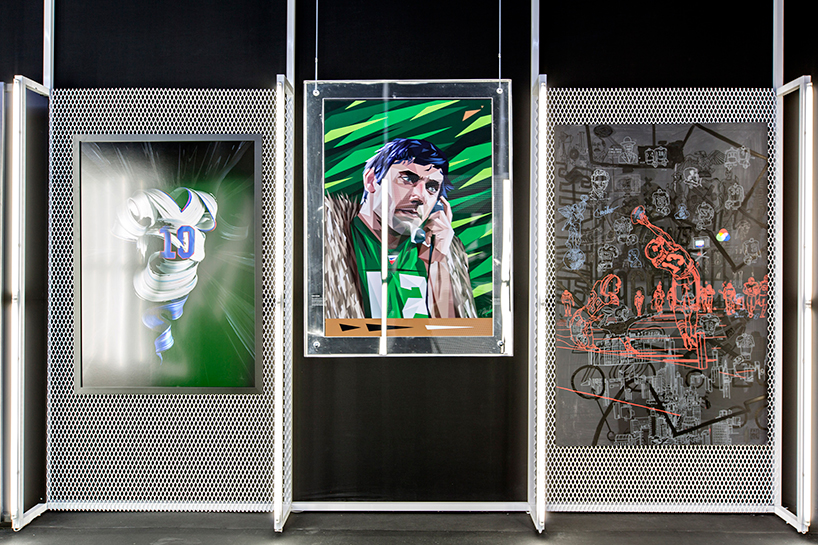 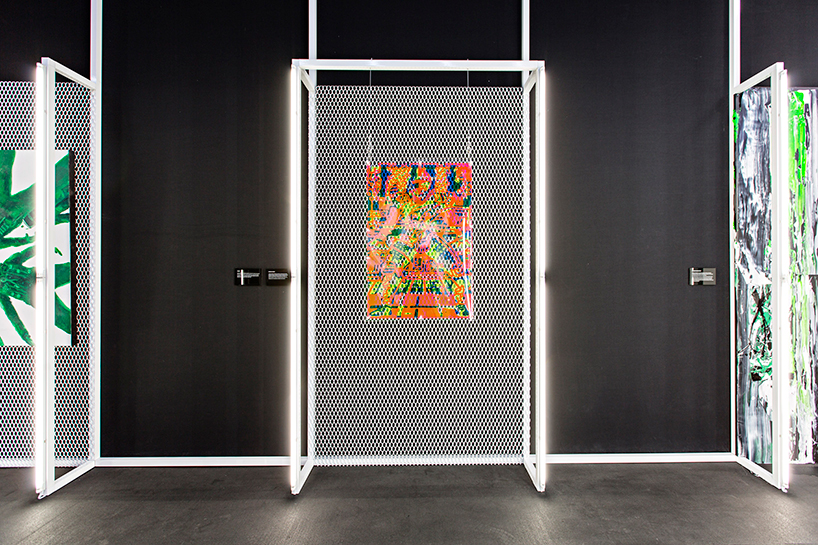 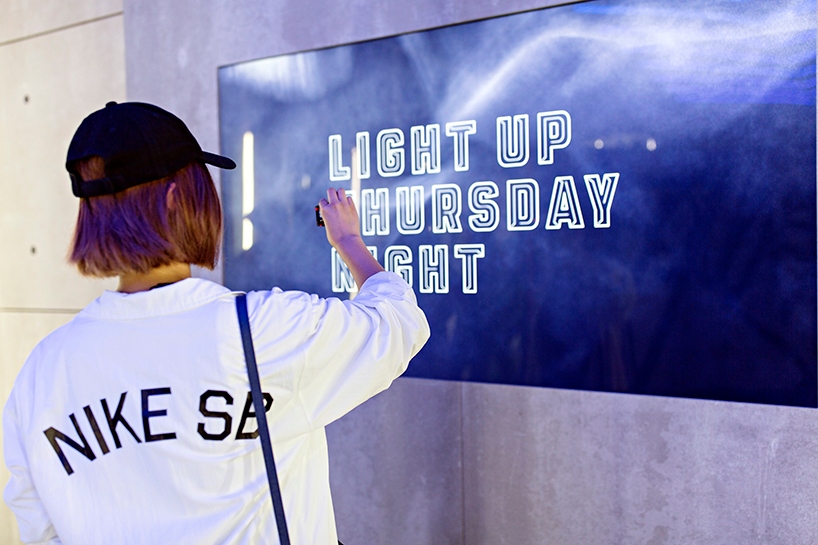 the color rush uniforms are debuted every thursday night 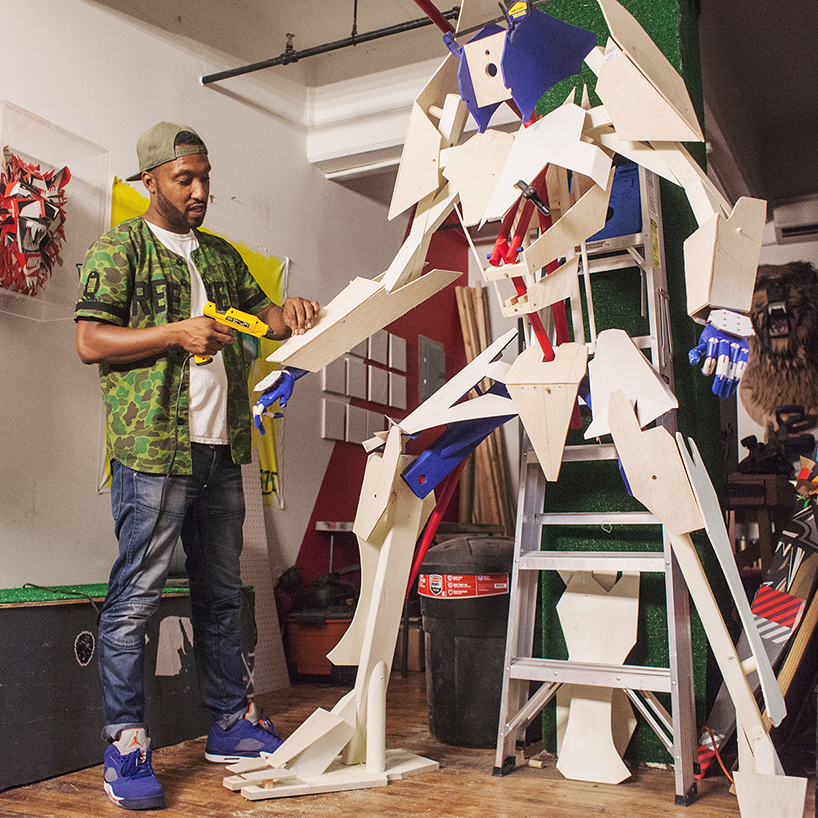 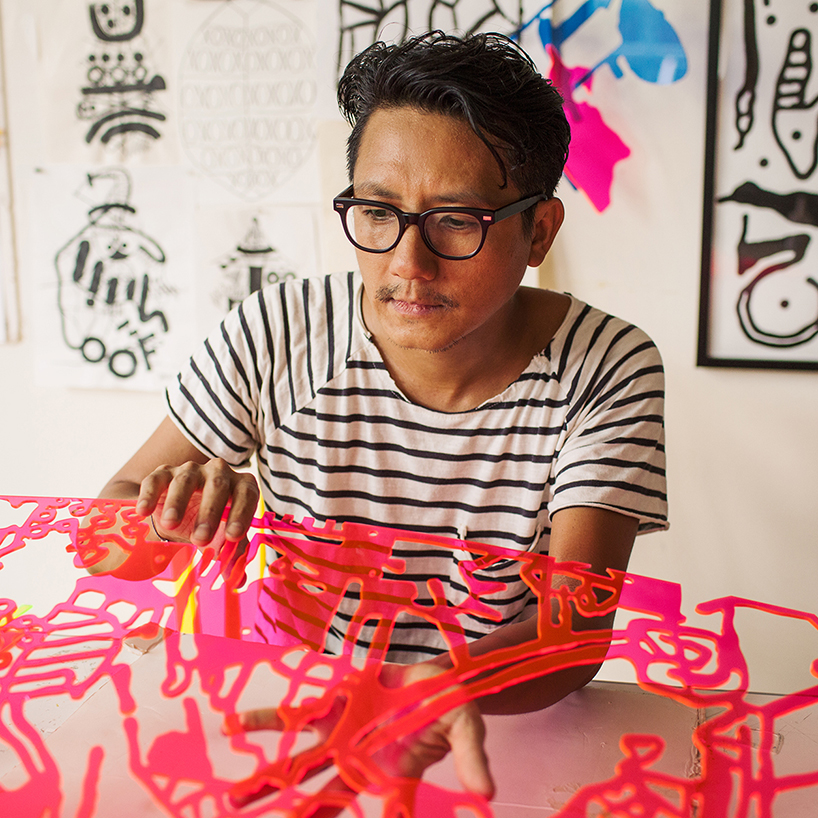 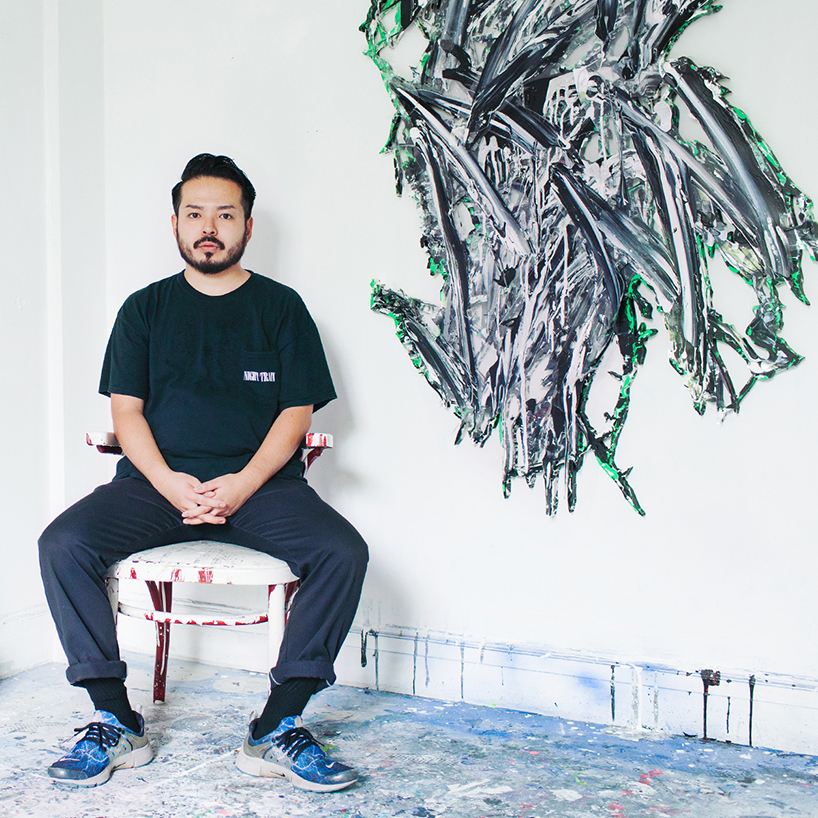