set within the landscape of ugra national park, artist nikolay polissky has completed the sculptural ‘selpo pavilion’ in the rural village of zvizzhi in russia. the work, whose title bears the acronym for the rural consumer association in russian, wraps around an abandoned, standard soviet-style building, which used to contain the village shop. the former store has stood in ruin for the last 10 years, falling further and further into disrepair with every passing winter.

polissky has added recycled off-cuts from his previous projects and turned them into a rippling, undulating wooden jacket. forming a creative space for locals to interact with, the project transforms the former eye-sore building into something of wonder, at the heart of this traditional russian village. 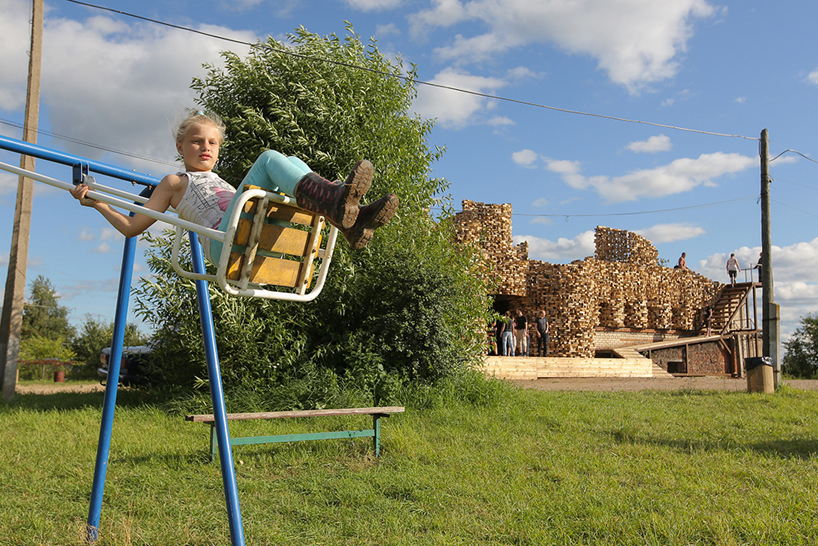 polissky has been living and working in the nearby village of nikola-lenivets for over 20 years. his practice is about creating what he refers to as ‘a technology for the cultural resuscitation of the village’. after realizing the vast resource of the russian landscape that lay before him, one being slowly destroyed by unemployment after the disintegration of soviet collective farms, polissky has spent the last 15 years turning around the lives of a whole village community by involving them in art making. this developed into an enduring team of local craftsmen who have  worked together with polissky on the ‘selpo pavilion’, as well many other artistic interventions. 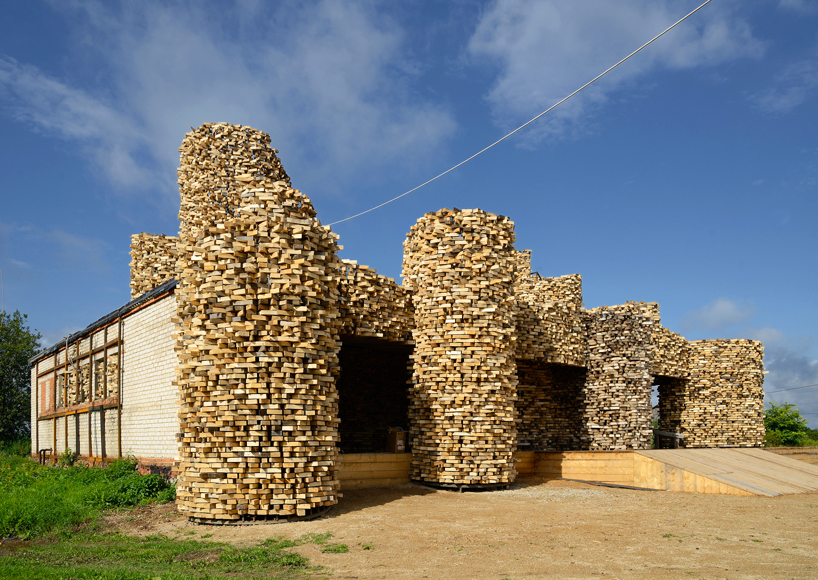 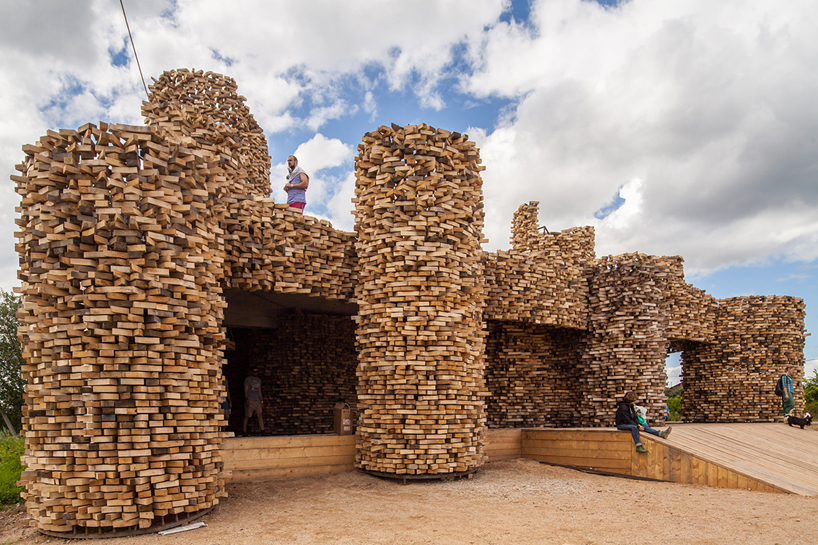 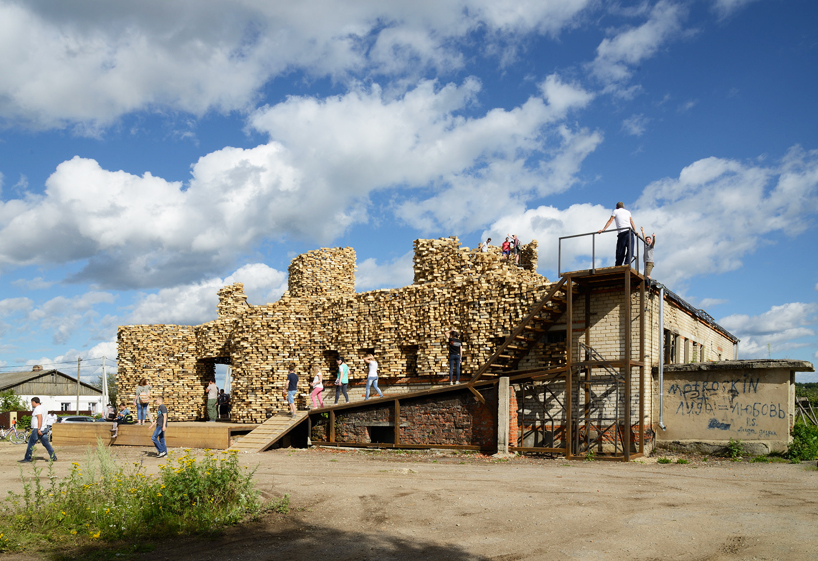 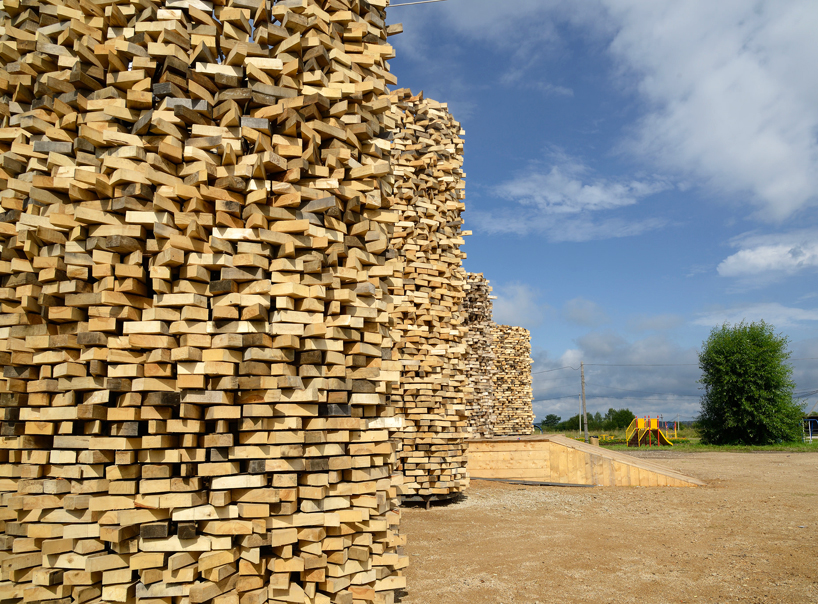 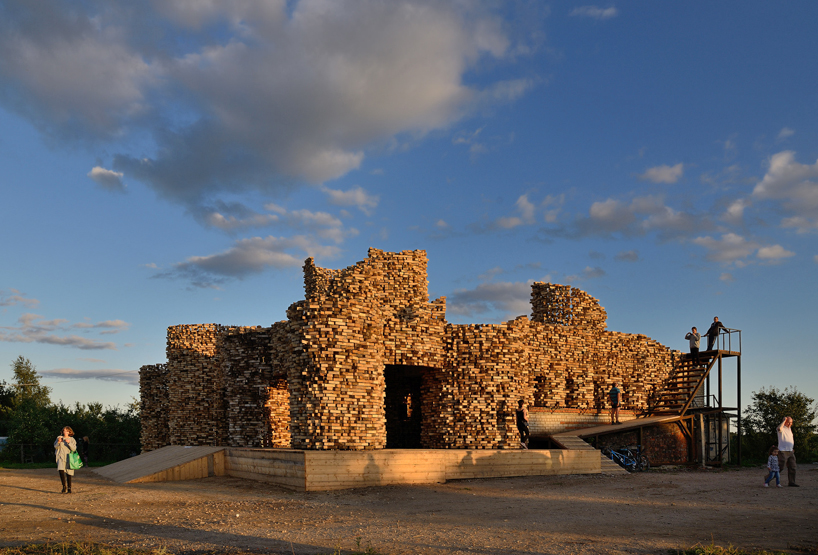 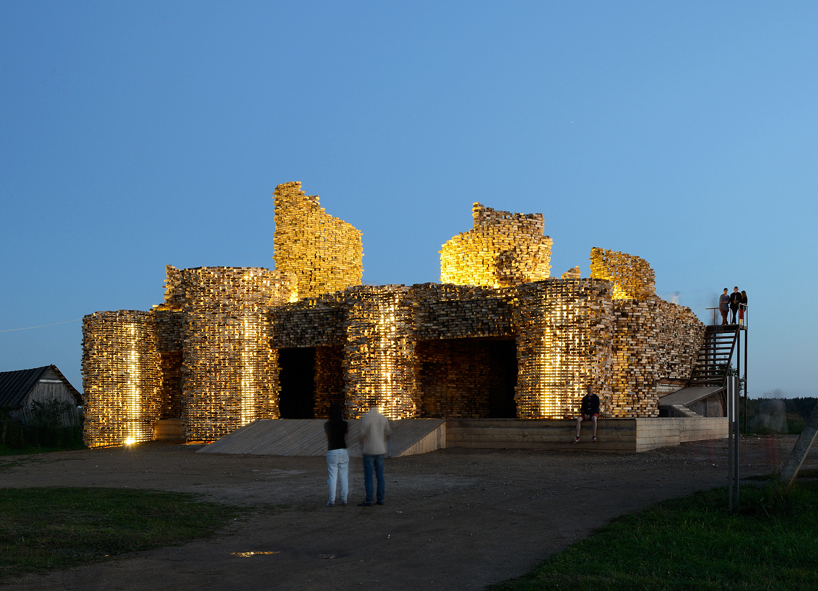 locals look towards the glowing sculptural space at night 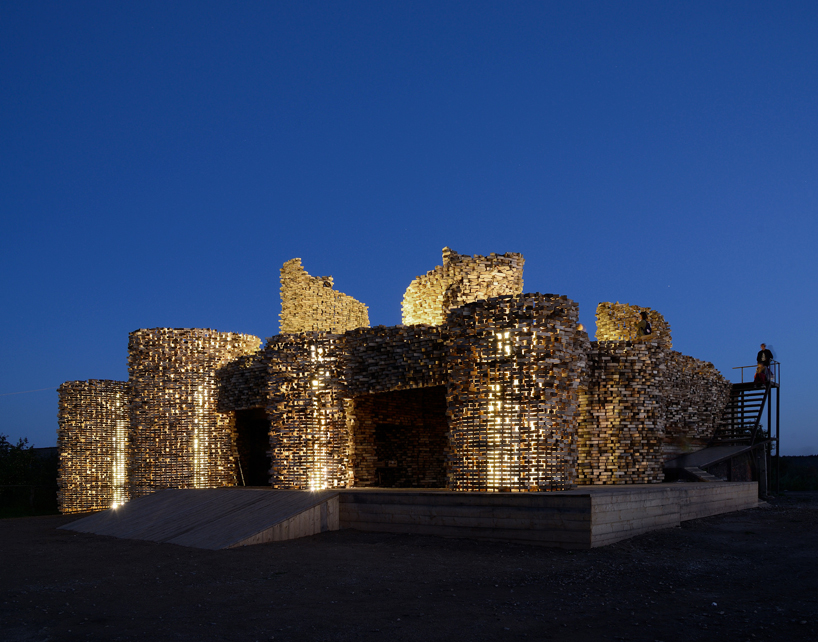 the ‘selpo pavilion’ illuminated by night from within 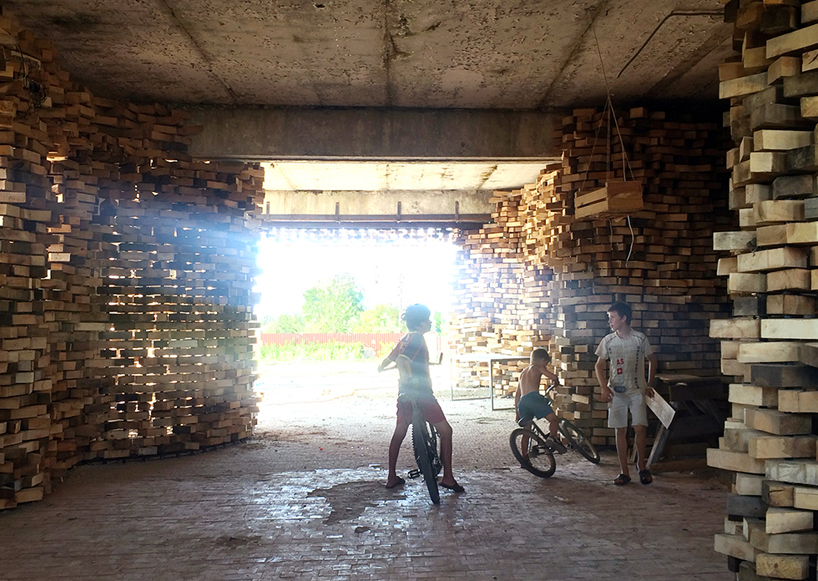 children play inside the wooden space 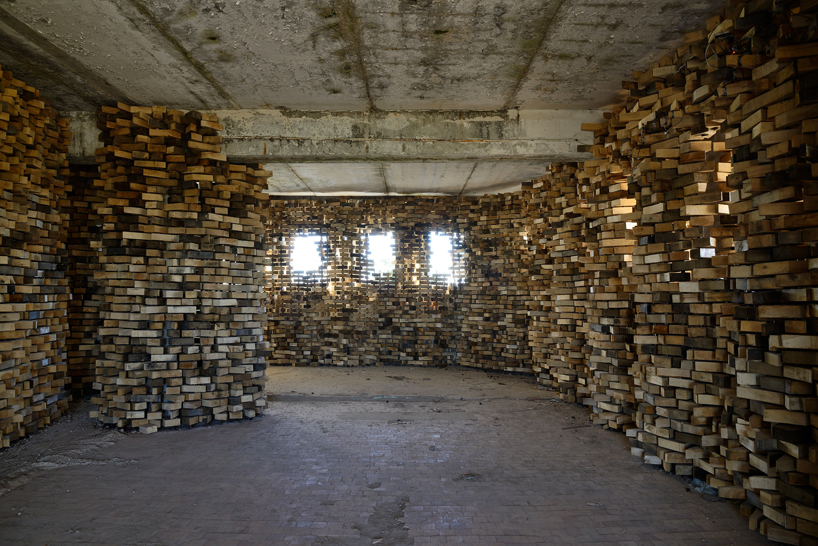 light filters through the wooden slats, allowing fragments of illumination inside 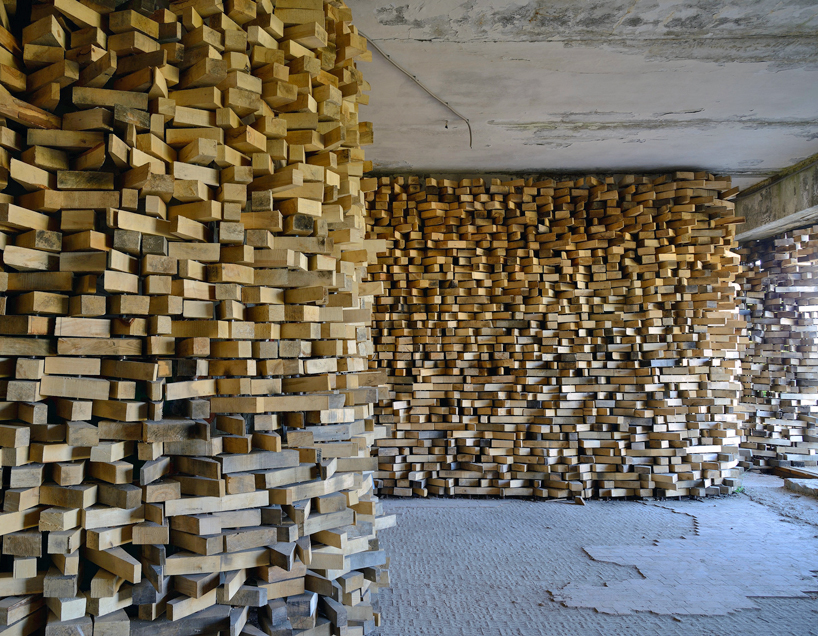 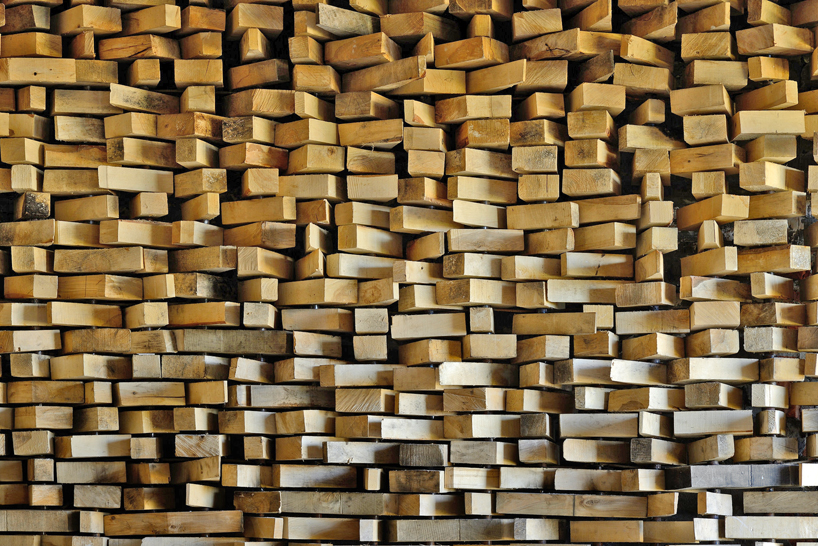 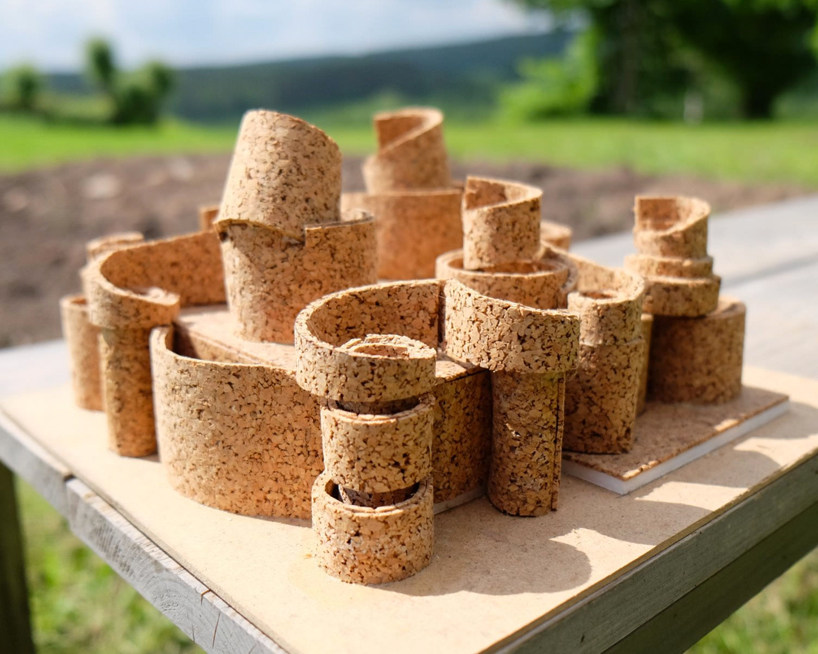 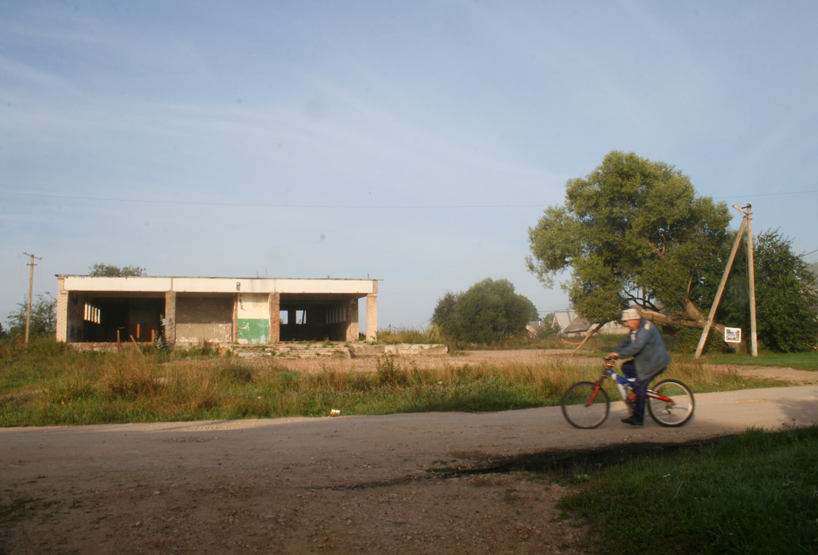 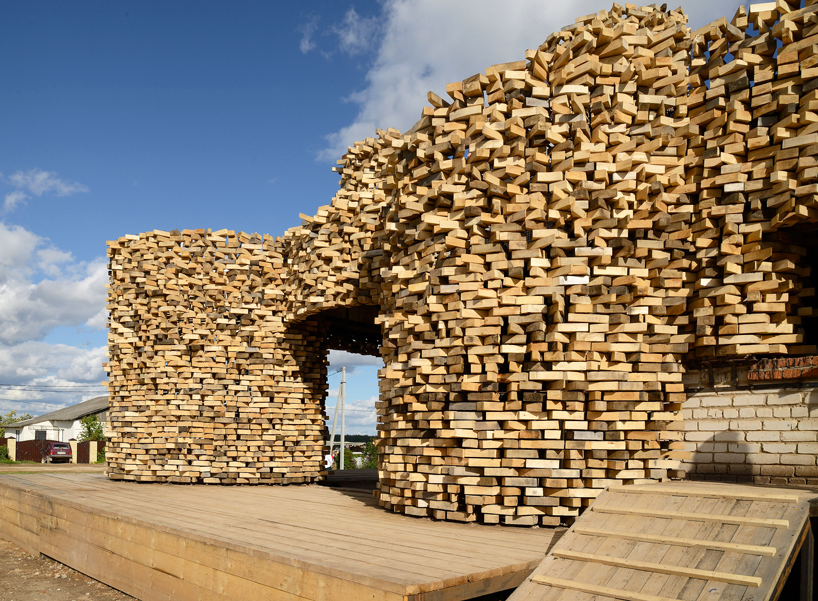 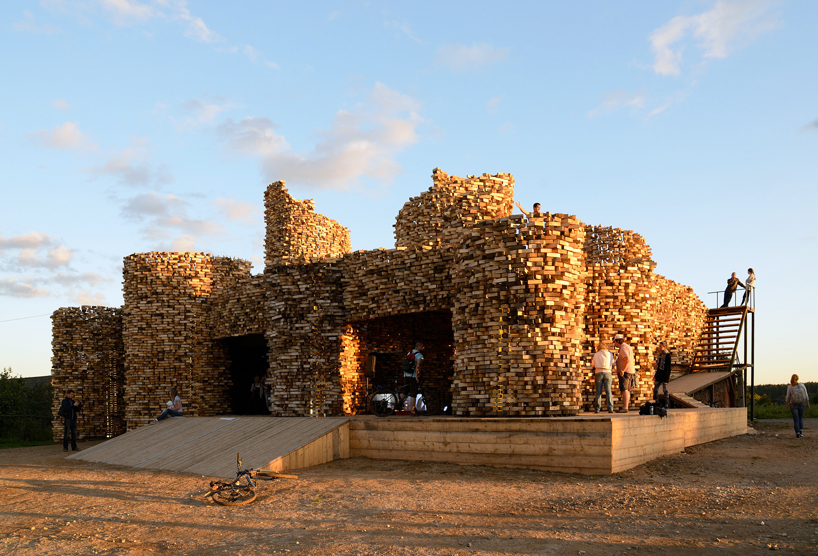 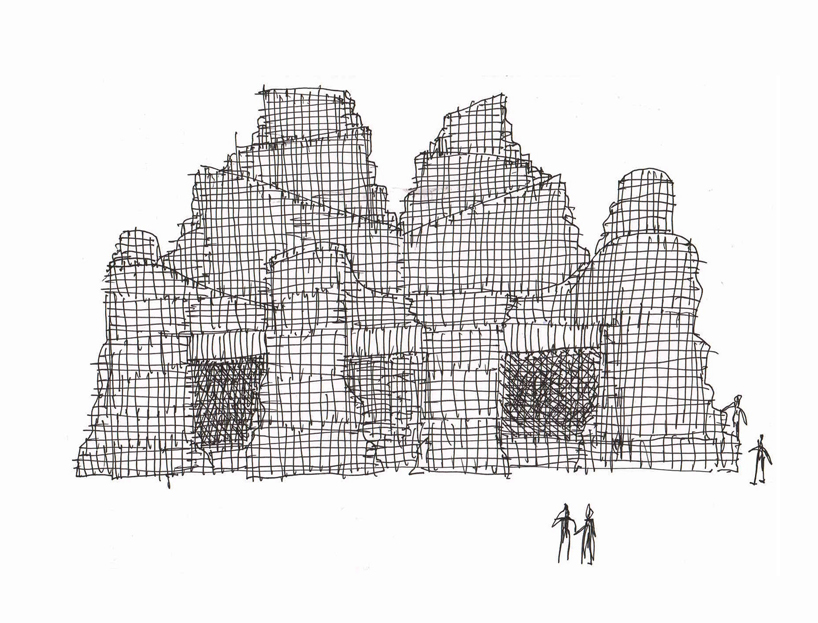 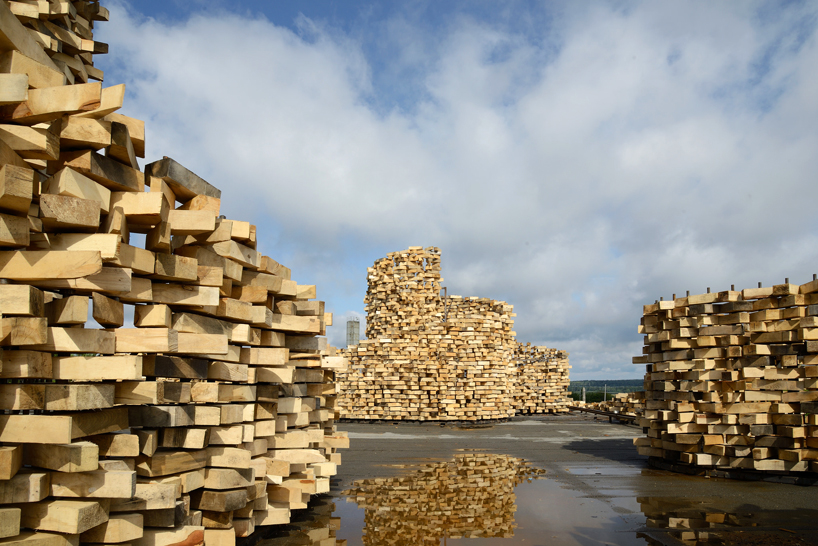 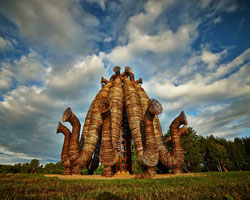