american artist jacinda russell developed a sculptural and photographic series investigating the themes of beauty, escapism and desire in the form of styrofoam cakes pictured floating in clear bodies of water found all over north america. each of the single-level and tiered cakes were tinted with acrylic and decorated with waterproof caulk and placed near lakes, rivers, pools and sea. she traveled across the continent search of pristine water upon which her false-food sculptures would float. russell says she returned from building her project with what she saw as ‘a product that commented on the illusion of what is fake and what is real, what is happy and what is sad, and what is desirous but unattainable… cakes, both real and fake, appeared to make people happy and I wondered, most simply, if they could make me happy too‘. 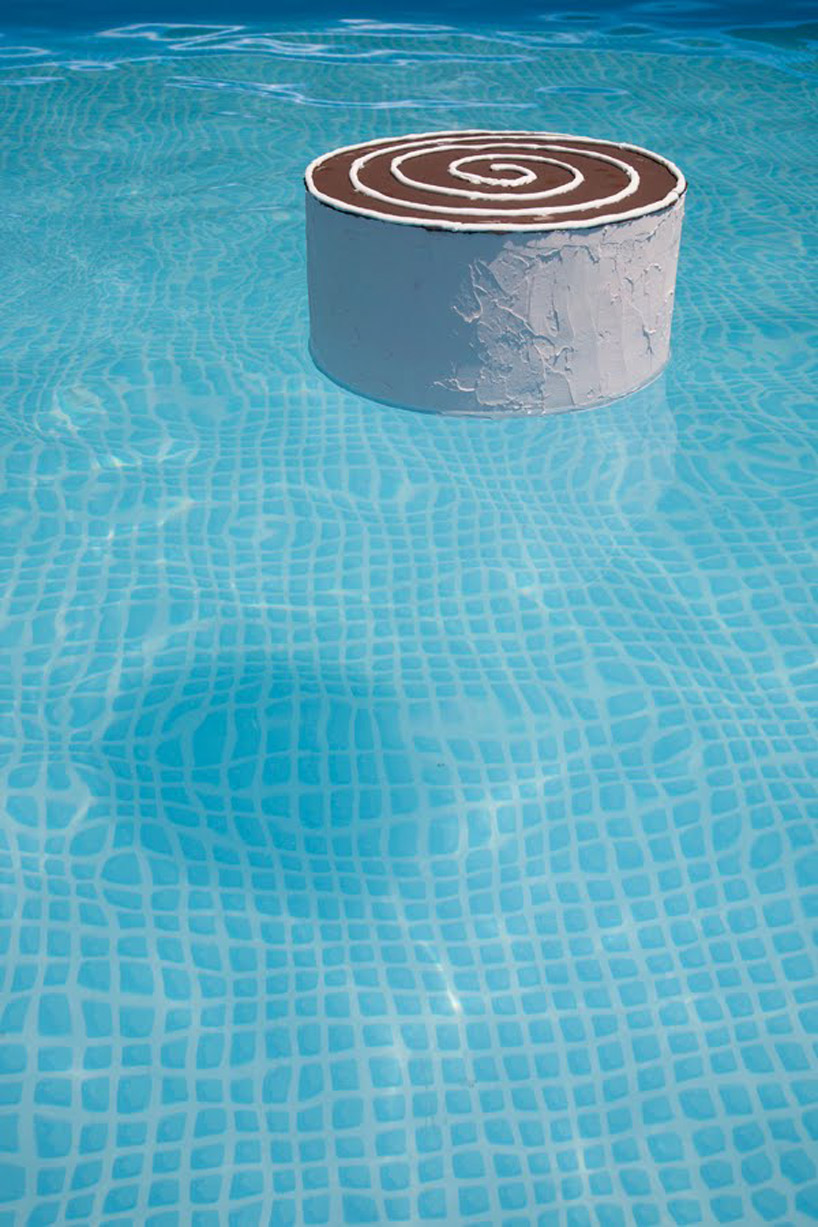 ‘two of the most desirous objects in 20th century art are wayne thiebaud’s thickly textured paintings of desserts and ed ruscha’s photographs of azure swimming pools. they were my biggest inspirations as I sought ways of combining them, creating a mixed media spectacle of performance art, sculpture, and photography. ed ruscha is a frequent reference in my artwork and the number nine was chosen in homage to his famous series nine swimming pools and a broken glass but I expanded the locations to include not just artificial pools of water but natural springs, the ocean, freshwater lakes, and rivers.’ –jacinda russell 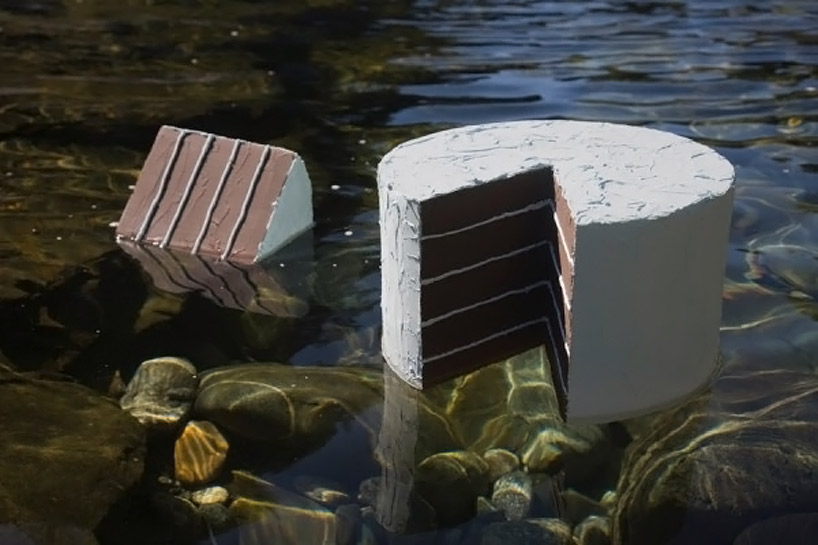 I didn’t stray too far from the concept of object as self-portrait. the slice depicts the part of me I left home in the pacific northwest (as photographed in the canadian southwest) when I moved to indiana. the desert sun captures one of the happiest times in my life in one of my favorite places (tucson, arizona) while the 3-tier photographed at niagara falls acknowledges one of the saddest. the cake deemed little great lakes, the smallest of them all, shows an underlying determinism and hope as it bravely faces the incoming waves, only to be toppled over time and time again…‘ –jacinda russell

the set of cakes 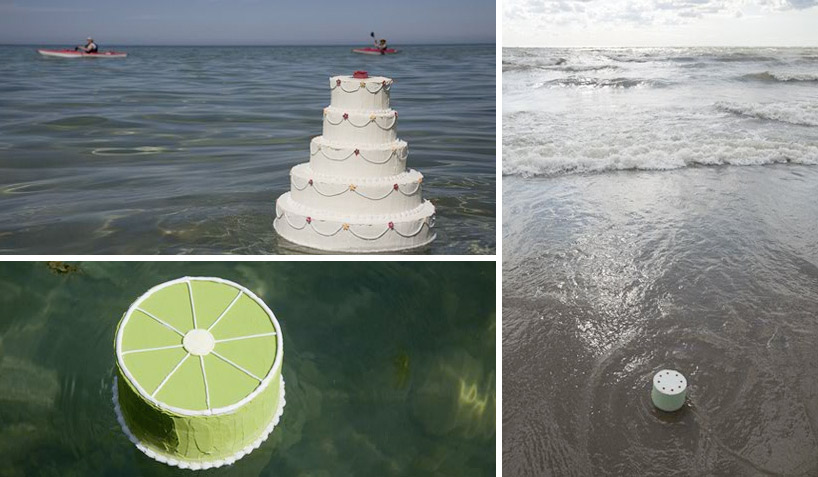