paris-born, london-based artist noemie goudal‘s photography is rooted firmly in the creation of what many have coined ‘conception volumique’, a phrase borrowed from design production to refer to site-specific sculptural installations that render unclear whether it is the location, installation, or image that is the artwork itself. across various photographic series, goudal frequently works with largescale paper backdrops, juxtaposed closely with the existing landscape and blurring the bounds of the real and the fictional.

the works themselves have a melancholic, almost nostalgic quality, inviting the viewer into imaginary worlds whose reality then betrays him: the promise of a waterfall that upon closer look is just plastic sheets; an open port to sea that is ultimately lodged too firmly in the rafters of an abandoned shed. goudal is also careful to closely integrate the physical space with her hanging backdrops.

the artist reflects: ‘I wish to offer through my photographs escapes into alternative landscapes where the reconstruction of new lands is made possible. the journey inside the image will invite the viewer to enter the space as well as entering the narrative of a ‘make-believe’, bringing him into the game between fiction and reality in which one can identify the fragility of one’s own desires.‘

several of goudal’s works are on exhibition through march 30th, 2012, as part of the ‘ristruttura’ (‘restructure’) group show at project b gallery in milan, italy. 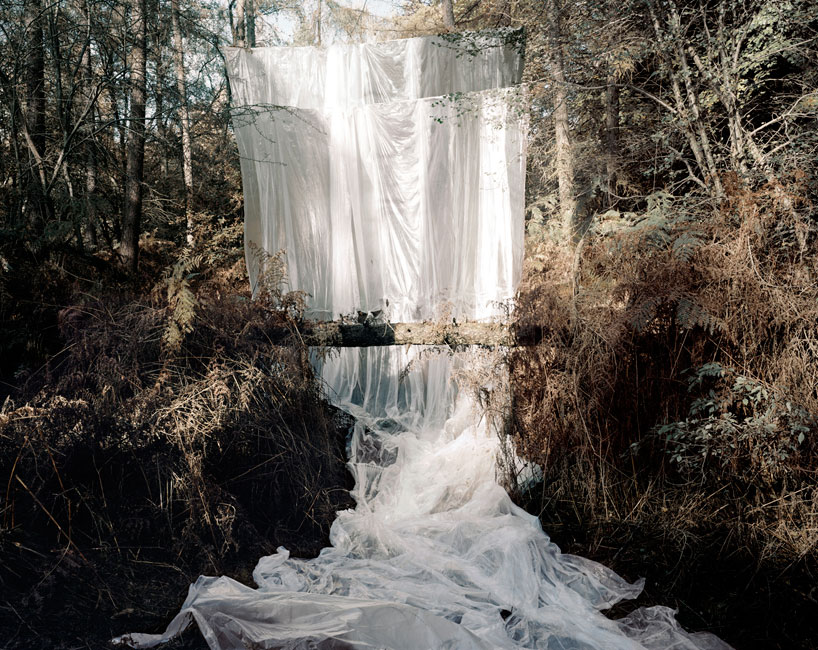 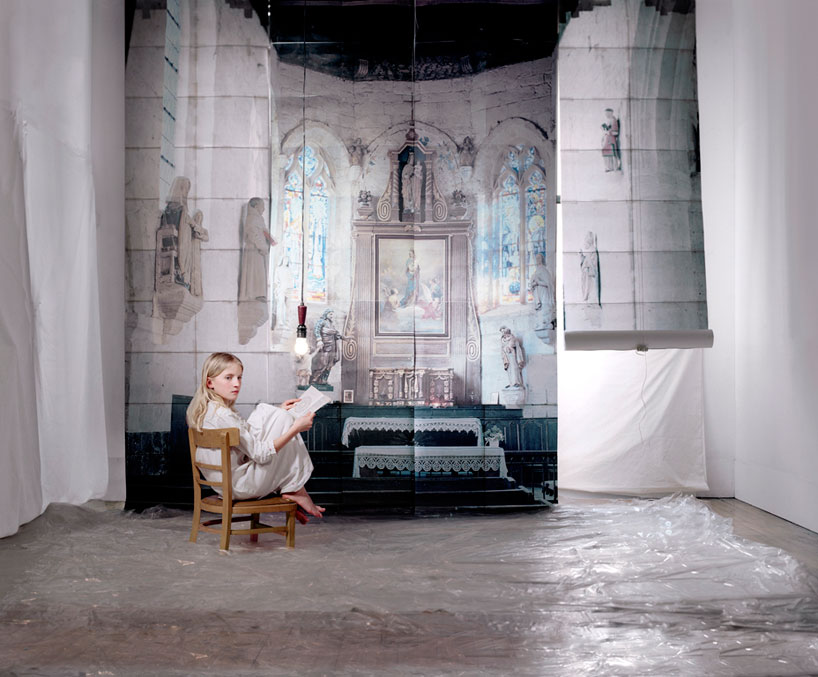 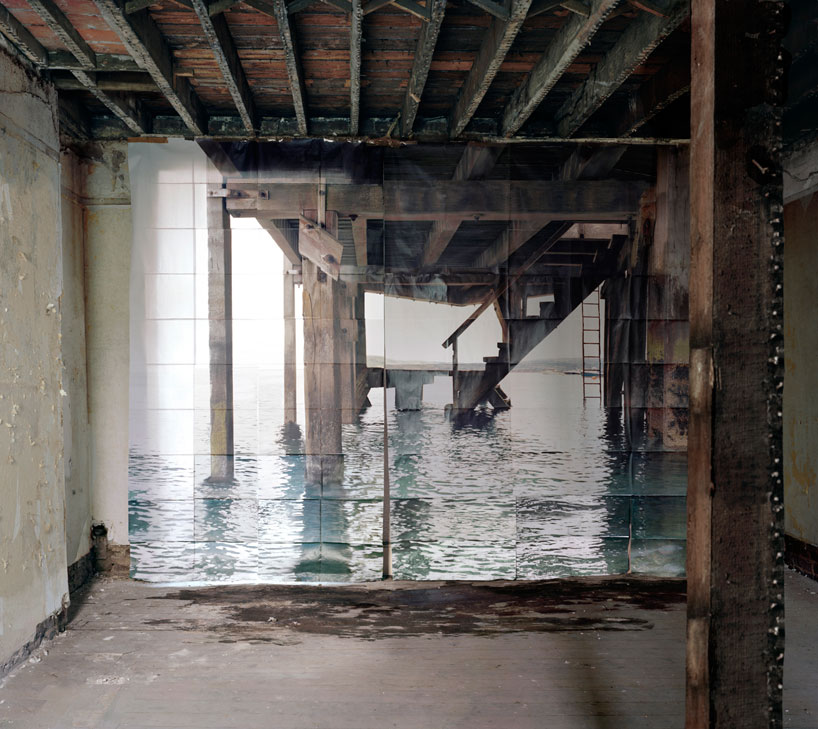 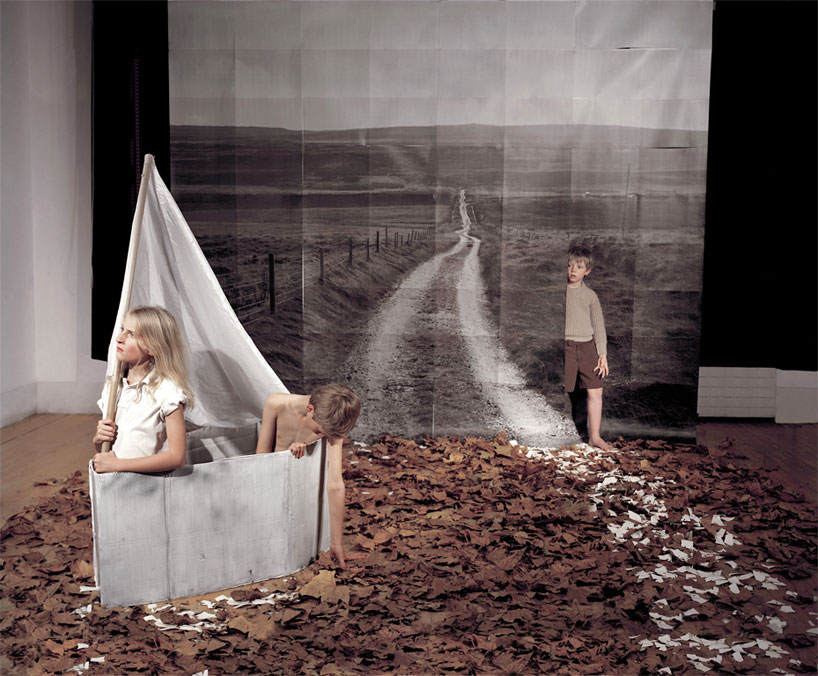 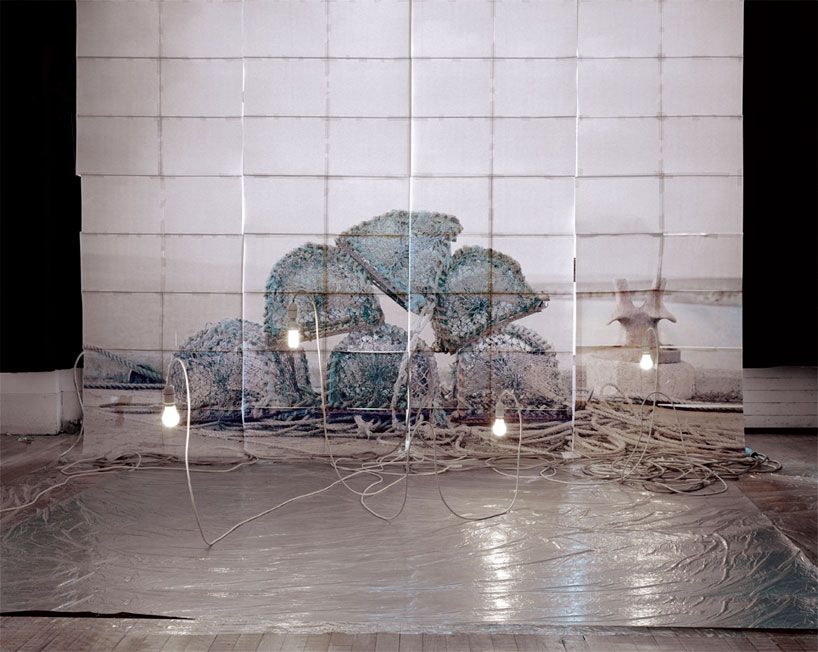 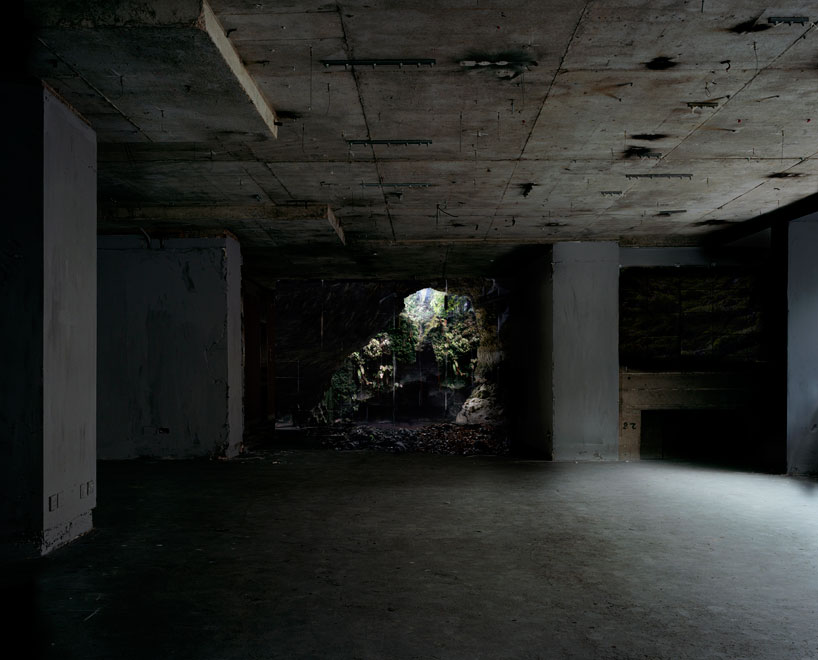 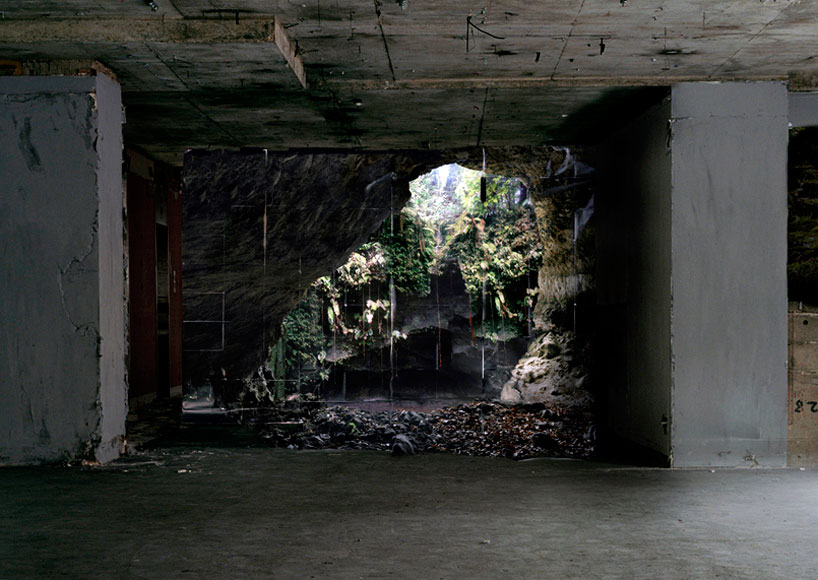