a group of pakistani artists have used the ‘insideoutproject’ initiative of french artist JR to raise awareness of the numerous civilian casualties of drone attacks. #notabugsplat displays the portrait of a female pakistani child on a massive banner, situated in a suburban field in the heavily bombed khyber pukhtoonkhwa region. from the ground, the portrait reads as a black and white graphic, yet seen from above — the target audience of the artwork — the little girl’s image materializes in view. the artist collective — an effort launched with the aid of the reprieve/foundation for fundamental rights — aims to convey the picture to drone operators, flying in the sky and releasing lethal weaponry onto the site. ‘in military slang, predator drone operators often refer to kills as ‘bug splats’, since viewing the body through a grainy video image gives the sense of an insect being crushed.’ the artists’ explain. now, what an operator sees on his screen is no longer an anonymous, grainy dot on the landscape, but an innocent child’s face — a reminder that they, too, can easily be a victim. 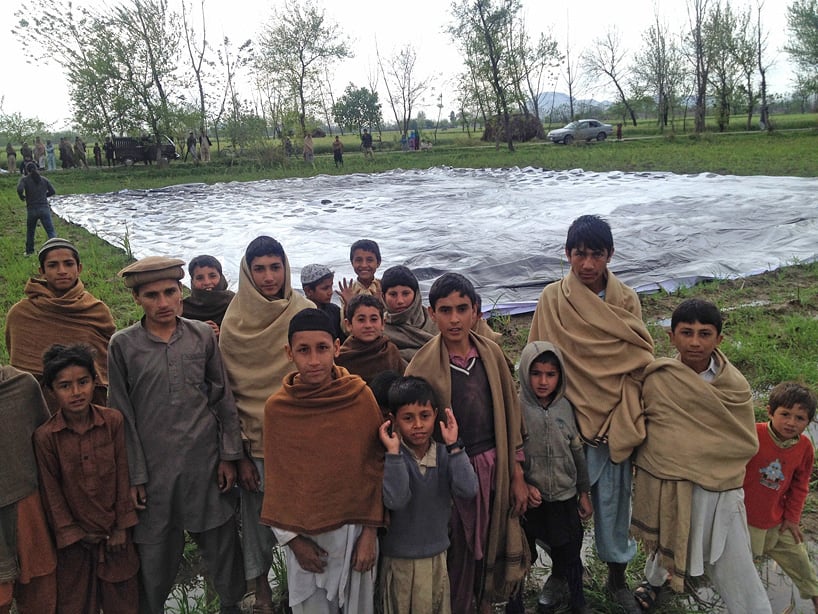 pakastani children gather around the installation 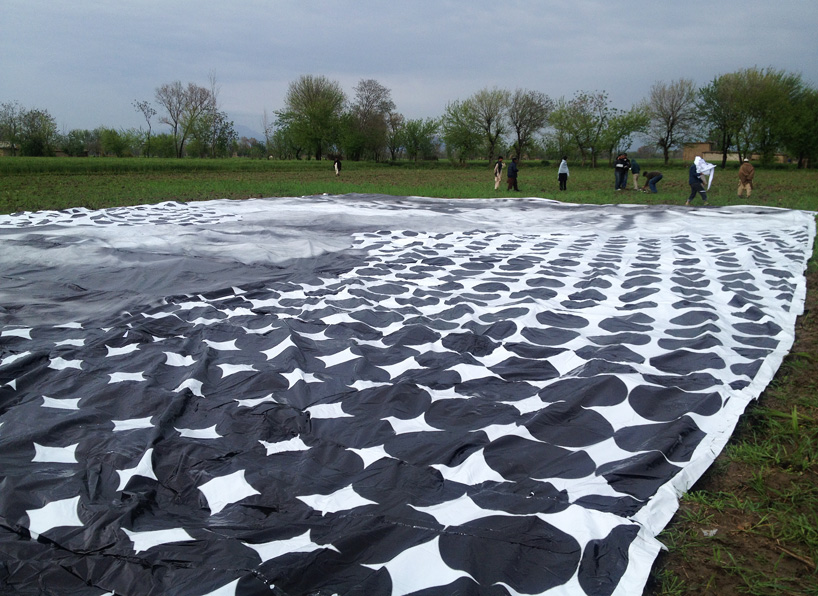 ground view of the massive poster of the child victim 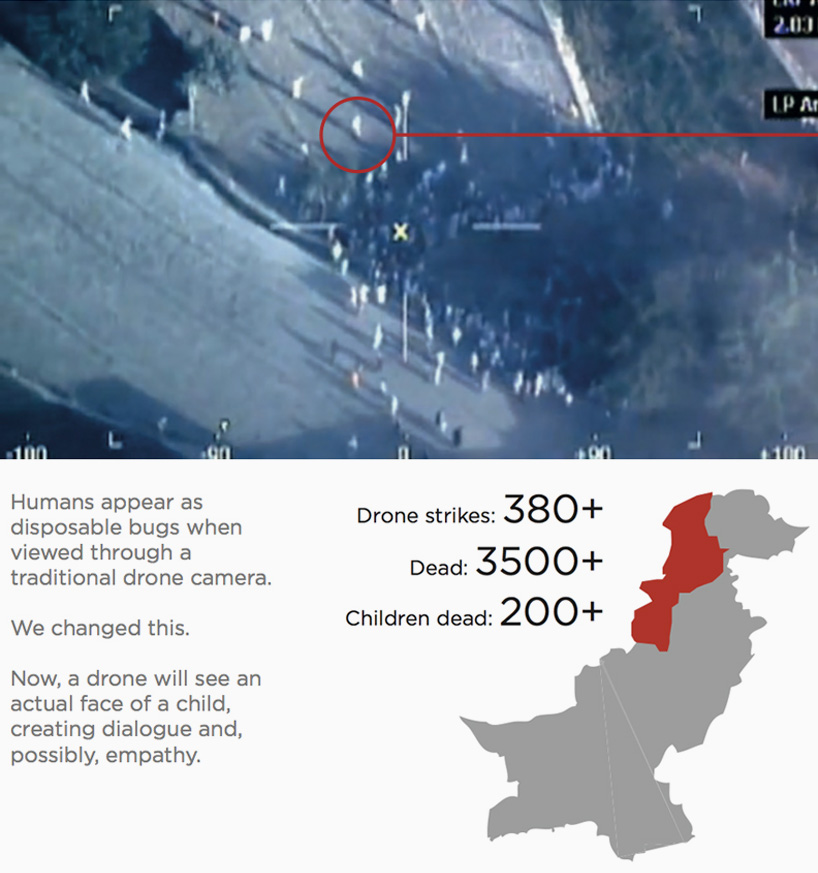