cats seem to dominate the realm of comics and animation, yet in the art field cats do not seem to have achieved the superstar status. while jeff koons also did cat sculptures, he is better known for his dogs. ‘les somnambules’ by alain sechas feature three white cats as protagonists, cats that do not smile – cats with absence of expression, even if ‘more than a few people share the sensitivity to find eros in cats’. at first glance, the cats appear indifferent and artless, but something is in fact being suppressed at a subconscious level. 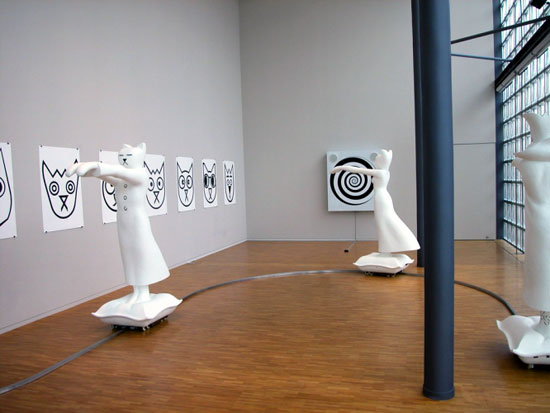 somnambulists keeps circling the room, on the left ‘lost cats’, on the back wall ‘hommage à émile coué’. 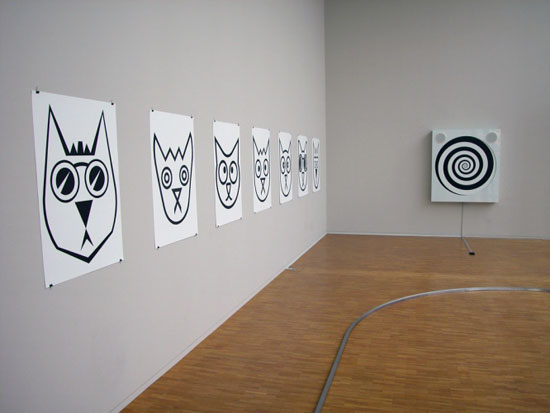 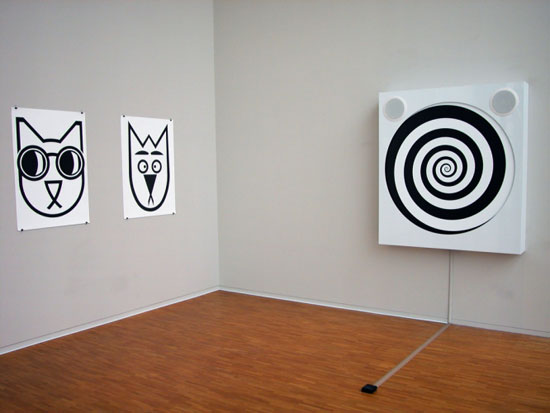 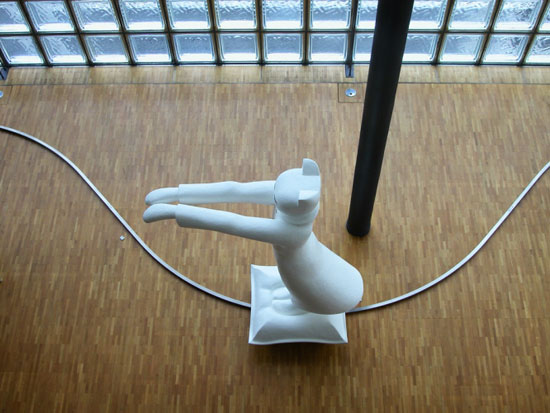 sleepwalkers – ‘les somnambules’ glide along the rail, with their arms outstretched. 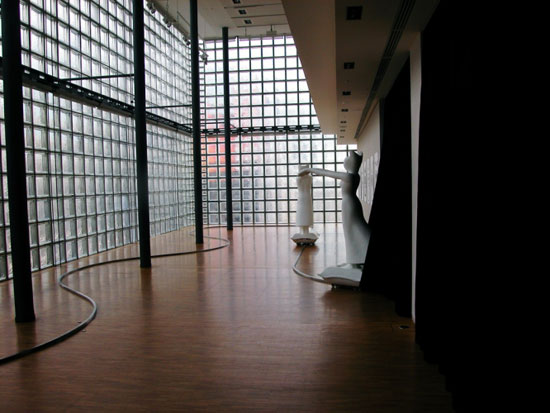 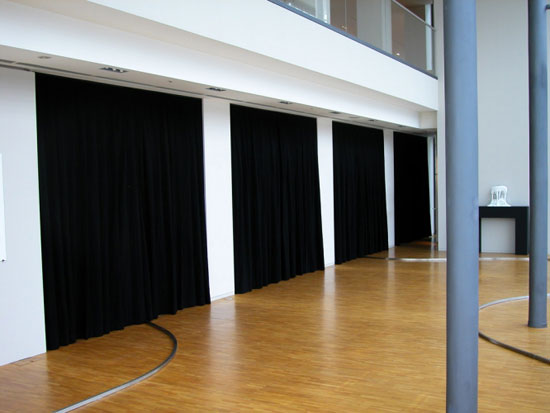 ‘nuit et jour’ latches onto this image of light and darkness through a selection of black and white works that probe and upset our memories and emotions. 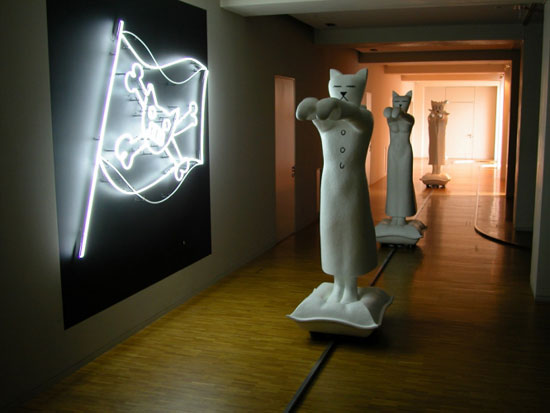 ‘les somnambules’, ‘carré pirate’, three cats in a heartbreaking scenario. a tragicomic love triangle. the male cat in the back has his eyes wide open and appears to have an erection… there is no sexual rapport, more self-love, desire for identification, the agression of domination – all psychoanalytical themes. 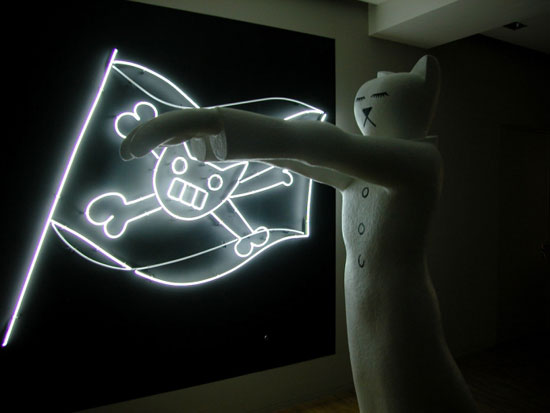 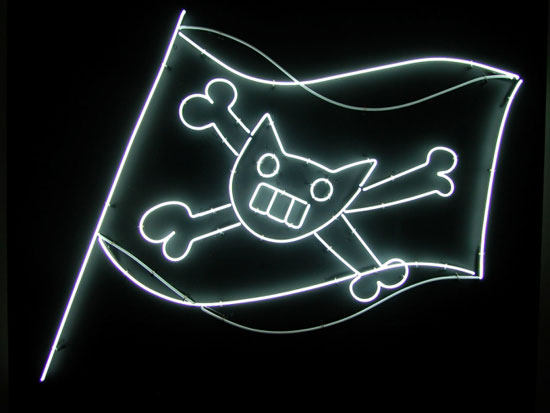 alain séchas is a french artist born in 1955. all images are from the exhibition ‘nuit et jour’ at maison hermès, 8F le forum, tokyo ginza, japon. this exhibition closed in january 2009.

the maison hermes in ginza, tokyo for which the architect renzo piano was reputedly inspired by a magic lantern is a striking building covered entirely in glass blocks. in accordance with former chairman jean-louis dumas’s insistence that ‘the maison (house) must be constantly filled with art’, since the building opened in 2001 contemporary art shows have been staged around four times annually in the space known as the forum on the eighth floor. several superb exhibitions making optimal use of this highly individual venue come to mind, including the nakagawa yukio show in which the floor was covered in lavender to resemble a mediterranean scene, and the show by suh do ho, for which the artist created a gate out of beautiful blue fabric. since the store opened, in addition to the shows at the forum, hermes japon general manager, communication fujimoto kozo has organized a variety of events including screenings at the separate le studio cinema, and window displays.