the park avenue tunnel in new york city has always been reserved for pedestrians, but beginning in august it will temporally host an interactive light and sound installation, in which visitors use their voice to create a massive display of illumination and noise. mexican-canadian artist rafael lozano-hemmer‘s ‘voice tunnel’ will transform the public space into communal urban art.

participants will enter the tunnel and walk to its midpoint, where they will find a silver intercom to speak into — relaying their own unique message. the device records their voice, loops the sound, and translates the tone into huge waves of sound and light, billowing throughout the cavernous space until it finally fades away. the character of each beam will be determined by the specific pitch and volume of the messengers voice. the expressions will reverberate quickly, one right after another, creating a dynamic torrent of light and sound. the 1,400 foot long tunnel has been fit with 150 loudspeakers and 300 spotlights, morphing it into an echoing, interactive art show. 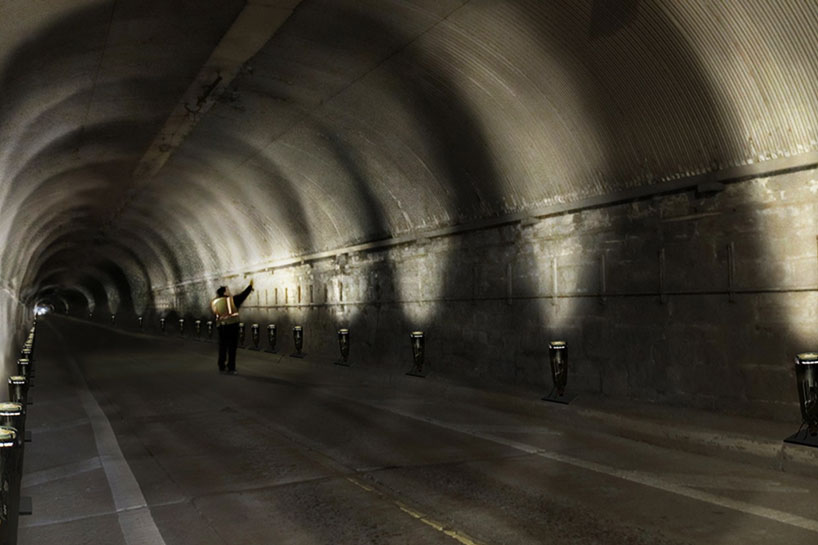 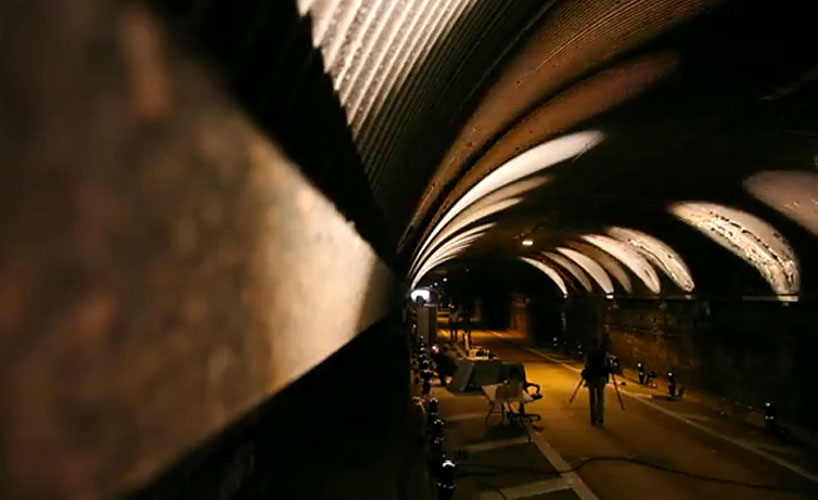 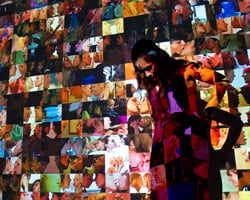 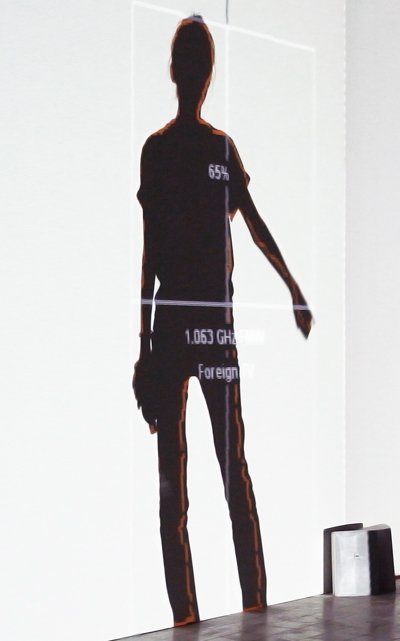