submerged adjacent to the western coastline of new providence in the bahamas, jason decaires taylor has set ‘ocean atlas’ within the aquamarine depths of nassau’s seas. thematically, the colossal sculpture draws reference from the ancient greek statue of titan atlas as he holds up the heavens, but instead depicts a local youth sustaining the ocean ceiling. marking the largest single sculpture ever to be inserted into an underwater landscape, the sixty ton ‘ocean atlas’ spans from the sea floor upwards five meters to the surface of the sea. 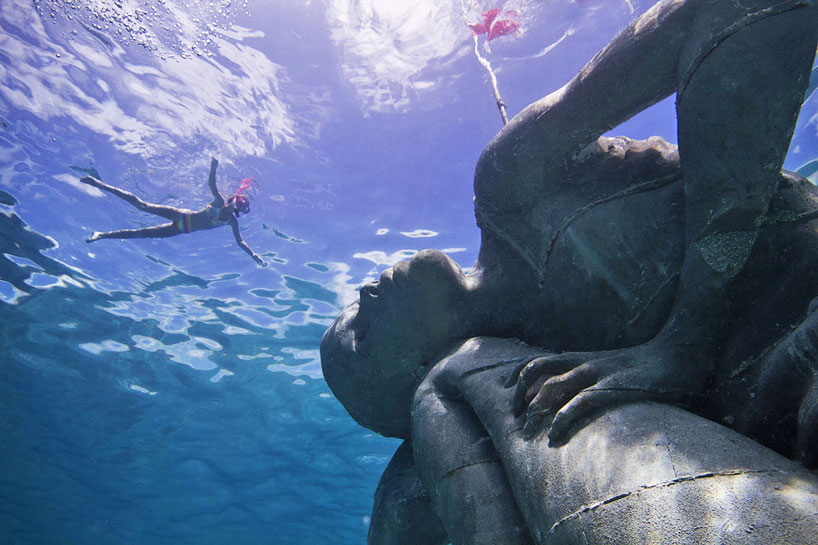 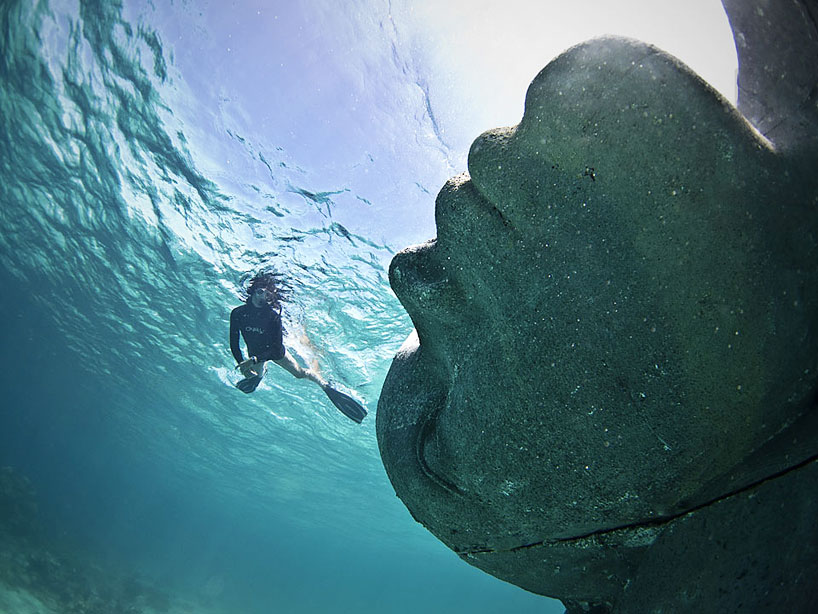 commissioned by bahamas reef environment educational foundation, ‘ocean atlas’ aims to create an underwater sculpture garden in honor of its founder, sir nicholas nuttall. constructed using sustainable PH-neutral materials, it creates an artificial reef for marine life to inhabit while simultaneously drawing tourists away from over stressed natural areas. with the world’s oceans currently facing collapse from numerous threats like overfishing, global warming and water pollution, the piece symbolically embodies the burden we are asking future generations to carry to prevent its collapse. 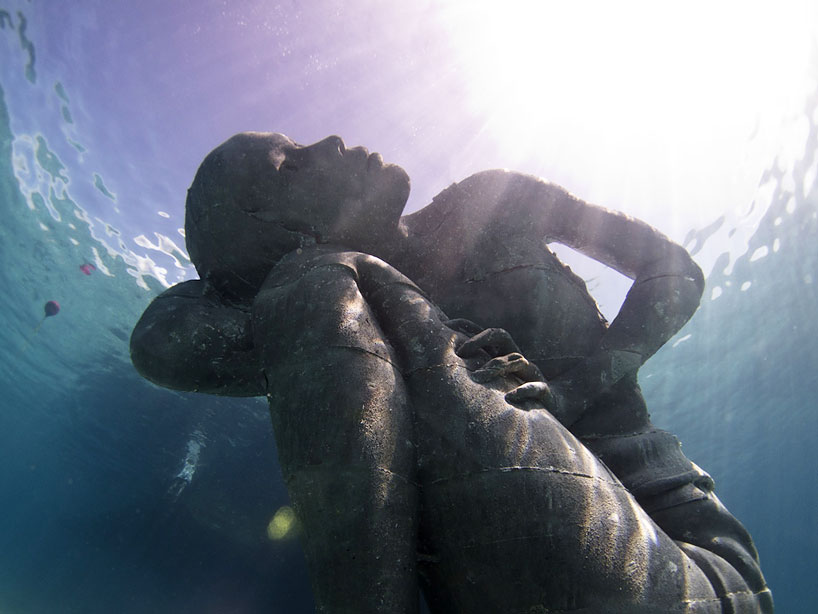 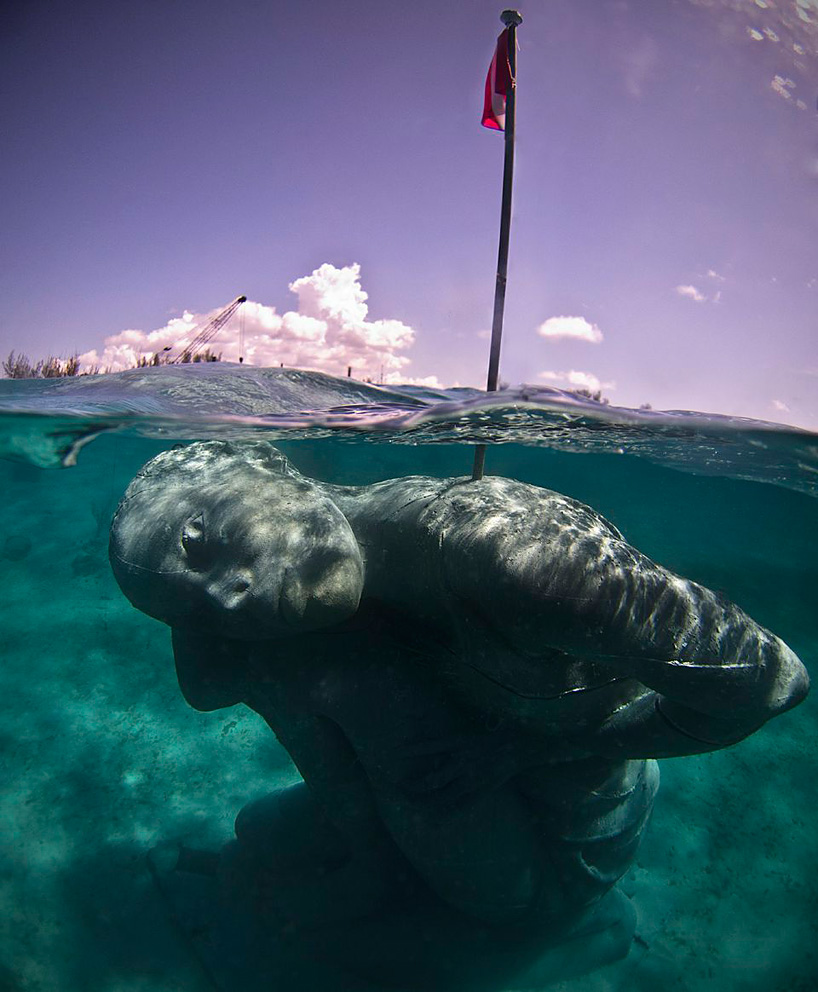 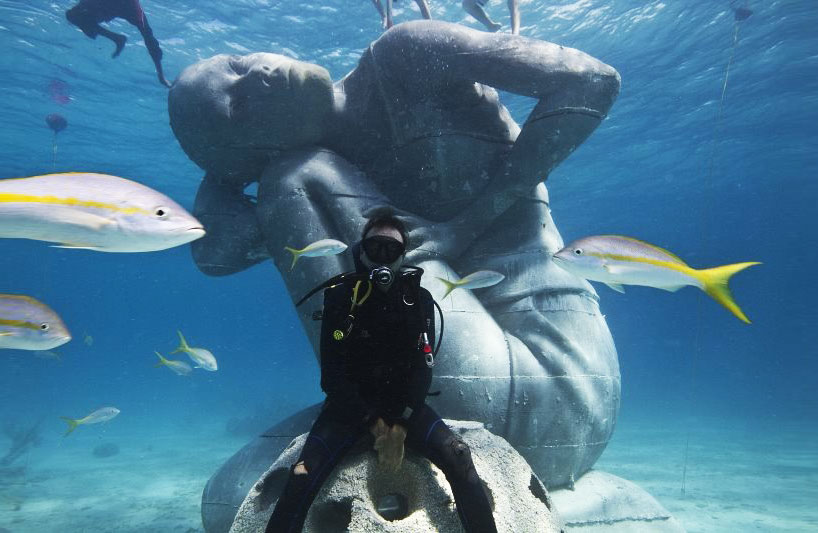 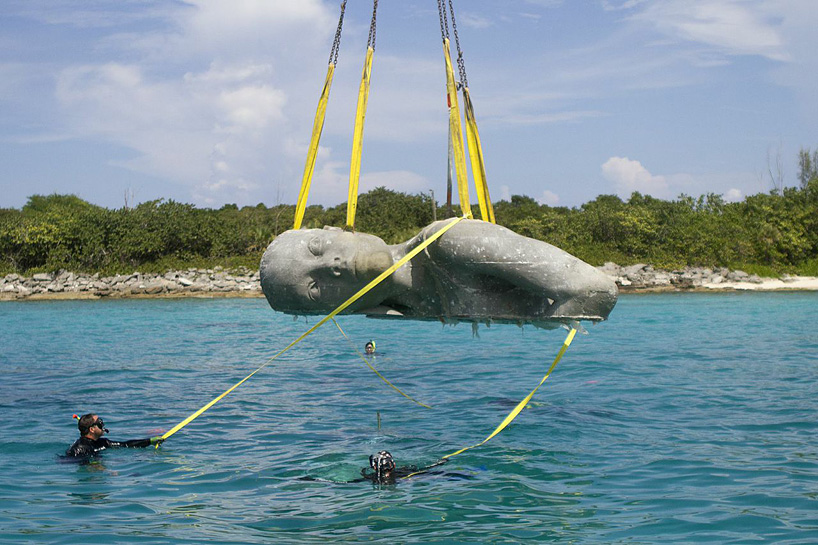 the sculpture has been assembled underwater in sections 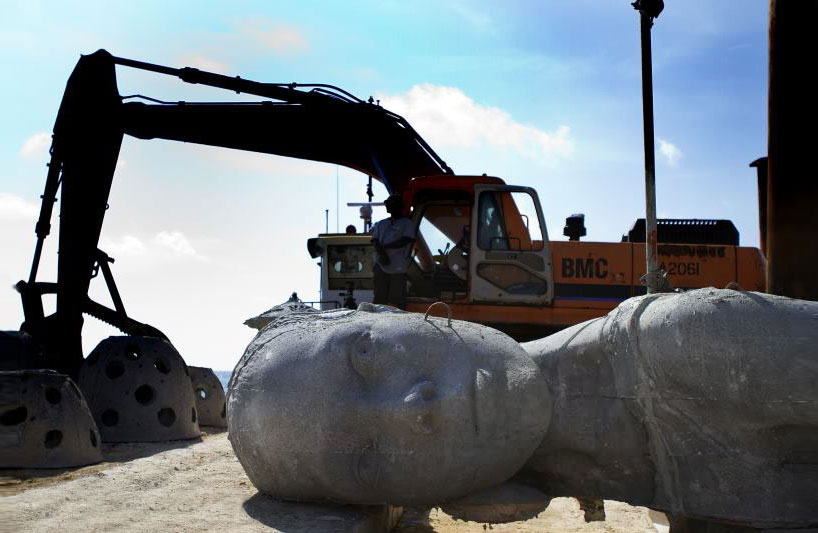 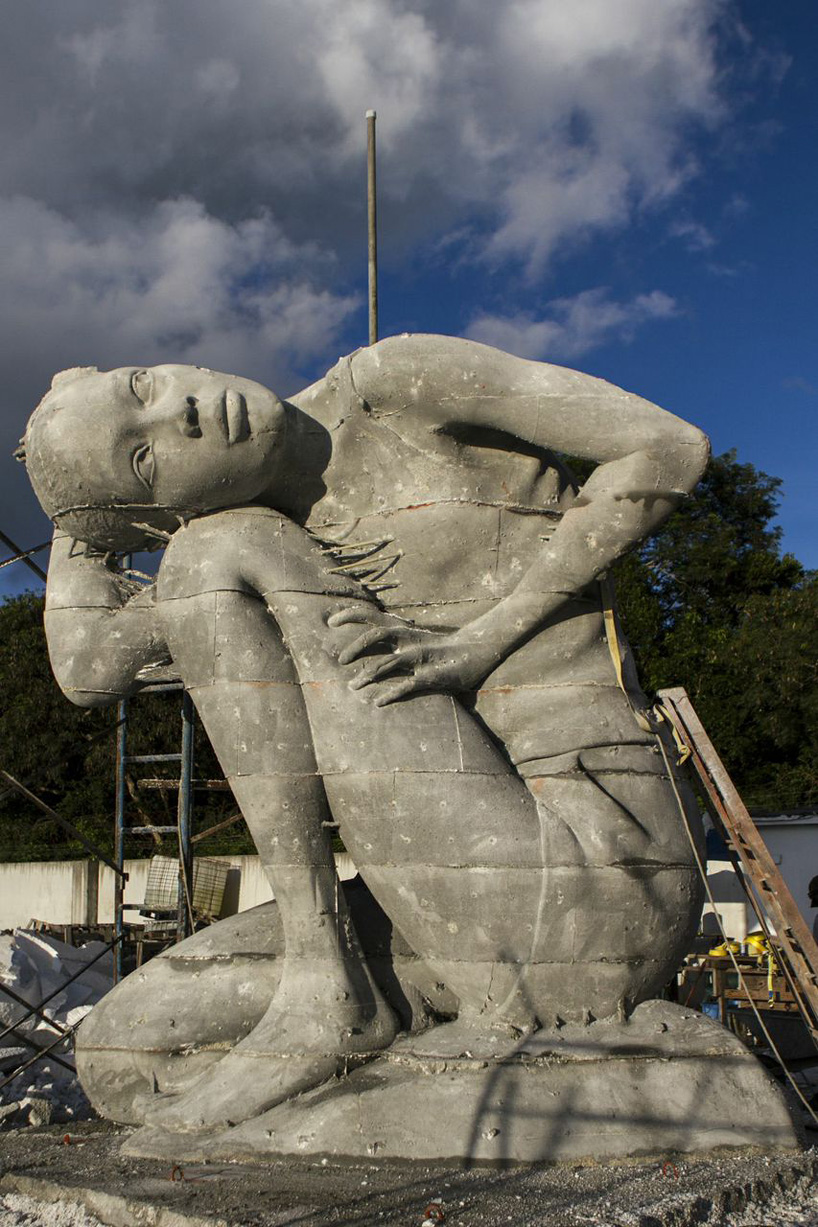 above the surface of the sea before installation