‘soup’ is a description that is given to the plastic debris that is suspended in the sea. it is a title which makes particular reference to the mass accumulation of refuse that exists in the area of the north pacific ocean, also known as the ‘garbage patch’.  in researching this, UK photographer mandy barker developed a series of images entitled ‘soup’ which depicts these plastics and discarded items salvaged from beaches around the world. the work is a means of representing a global collection of refuse that exists within the earth’s oceans for various amounts of time. 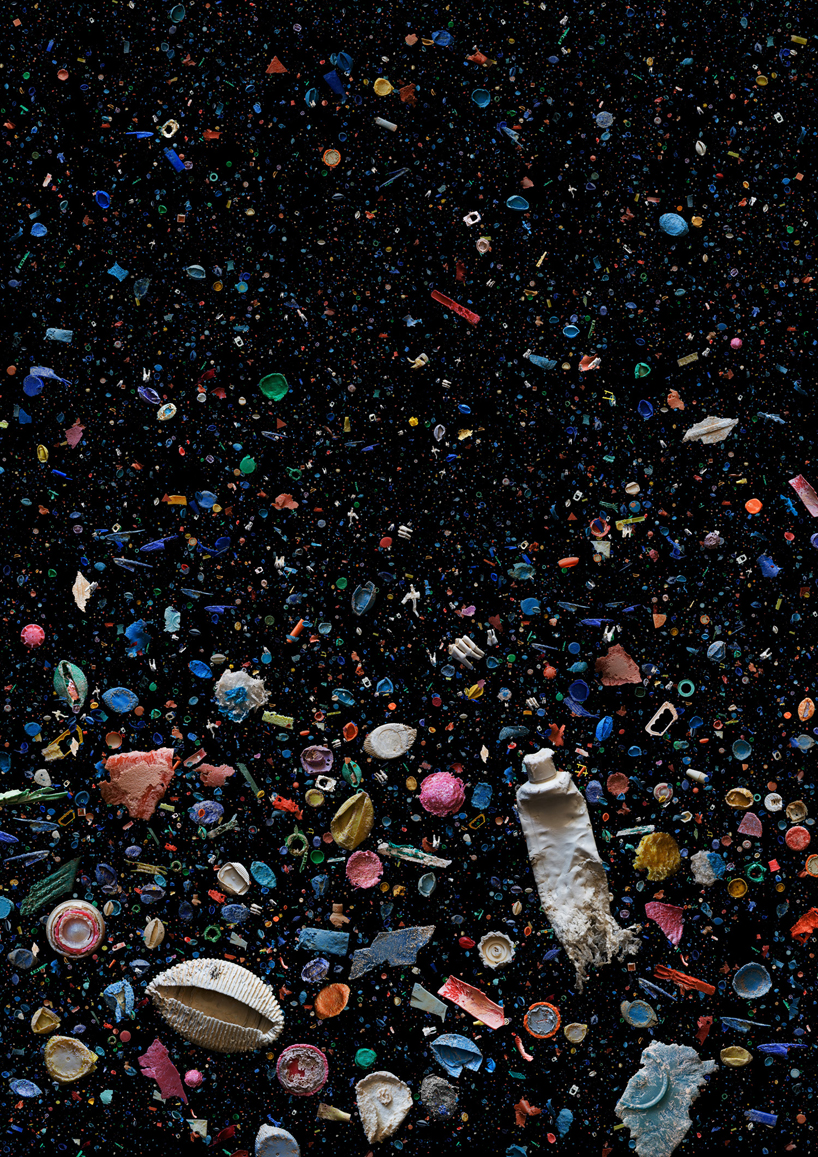 ‘soup: refused’ ingredients: plastic oceanic debris affected by the chewing and attempted ingestion by animals, including a toothpaste tube additives: teeth from animals

for each still, individual pieces of plastic are photographed on a black background as well as in combination with other articles of a similar size. barker then overlays these images with one another, illustrating the smallest up to the largest items of trash, creating a feeling of depth and suspension in the final visual. the sequence of the photographs reveal a narrative which begins with the initial attraction of plastics to sea creatures, their attempted ingestion, ending with their ultimate death represented through ‘soup: ruinous remembrance’. ‘soup: 500+’ wraps up the collection of photos, a complete contrast to the earlier images, portraying the fatal consequence of ingestion by illustrating a more compact arrangement. it suggests how the plastics would have existed in close proximity to each other when within the stomach of a dead sea creature. 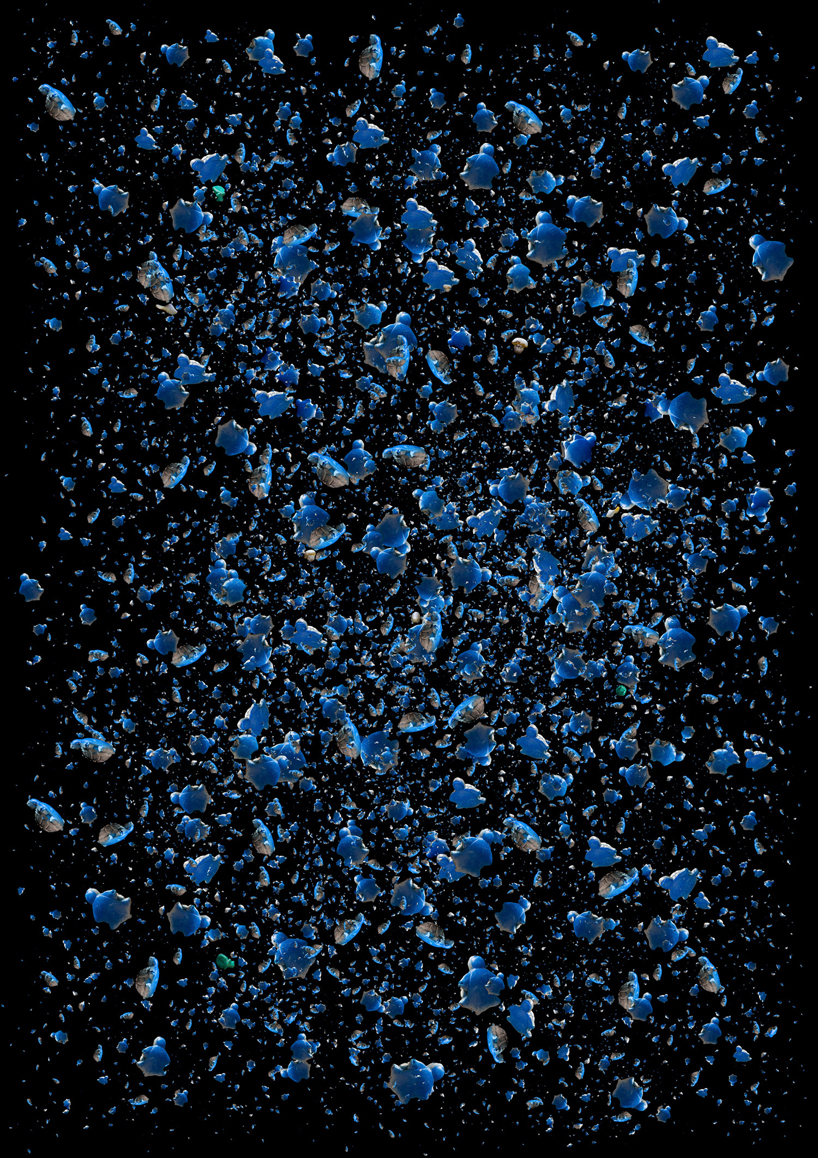 ‘soup: turtle’ ingredients: plastic turtles that have circled and existed in the north pacific gyre for 16 years additives: ducks, beavers and frogs 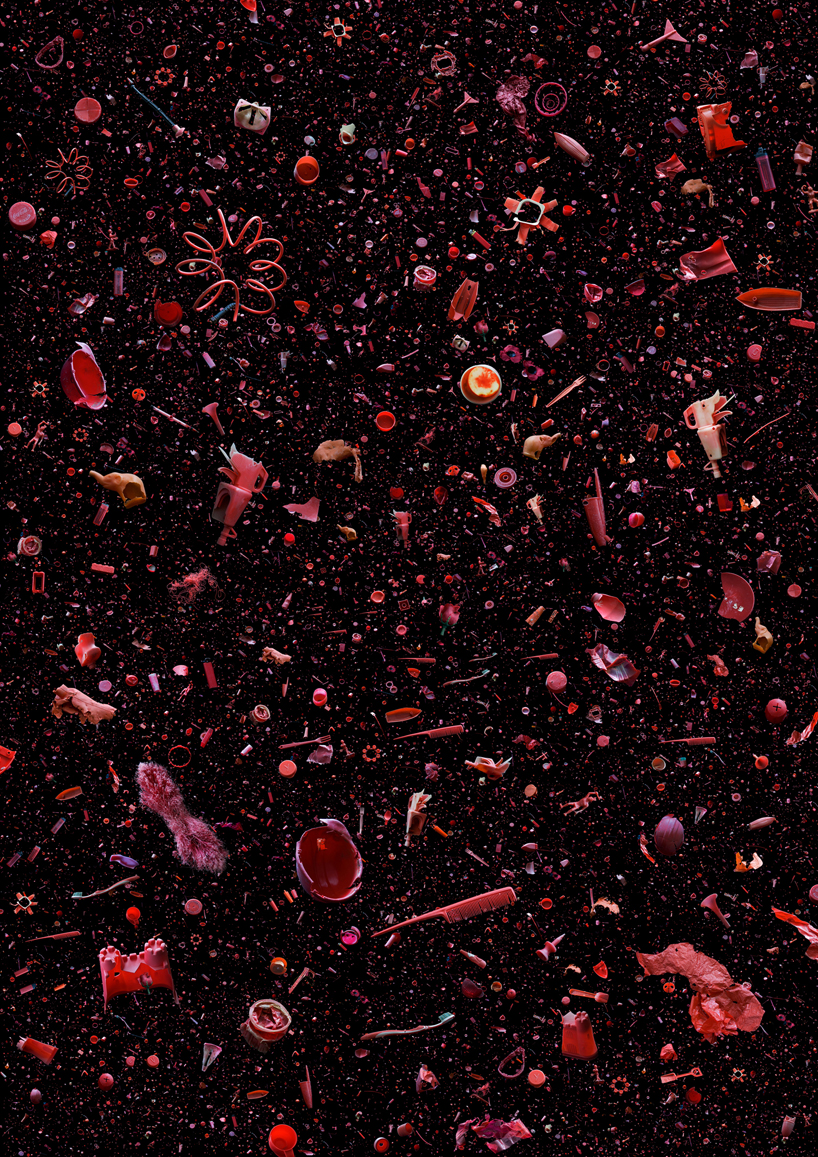 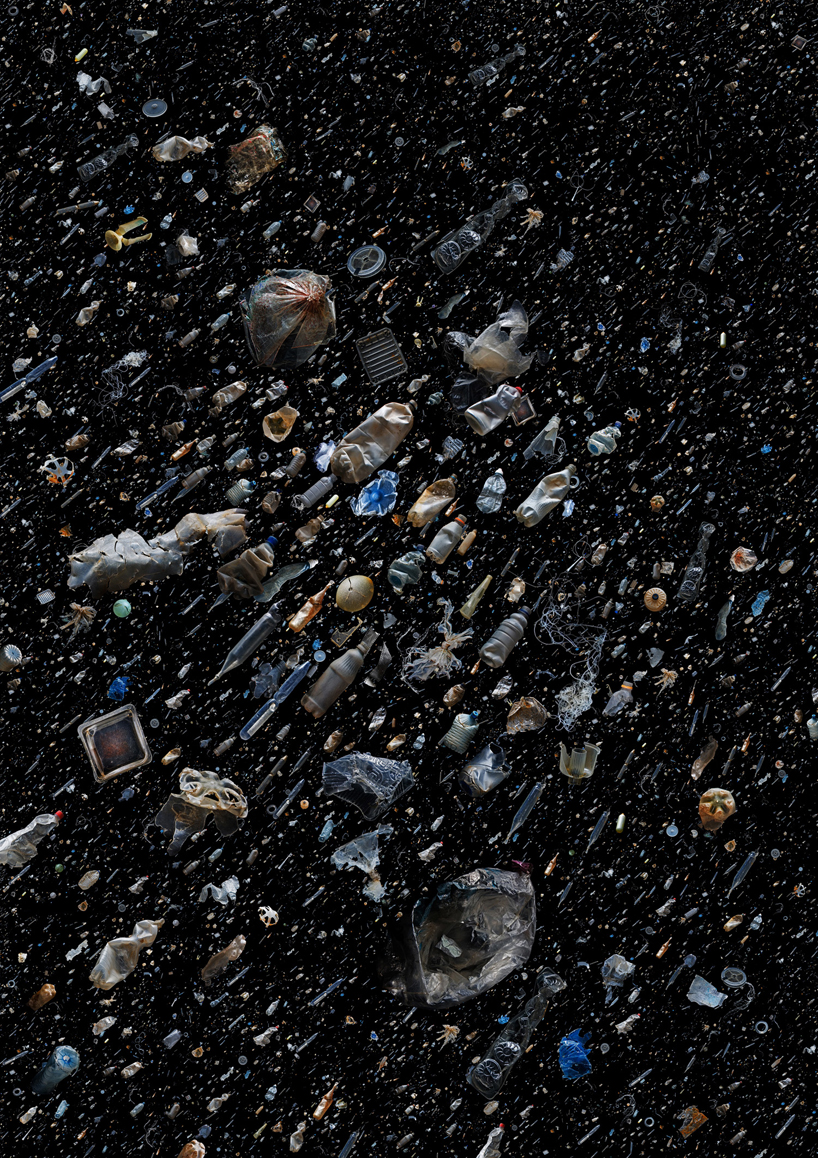 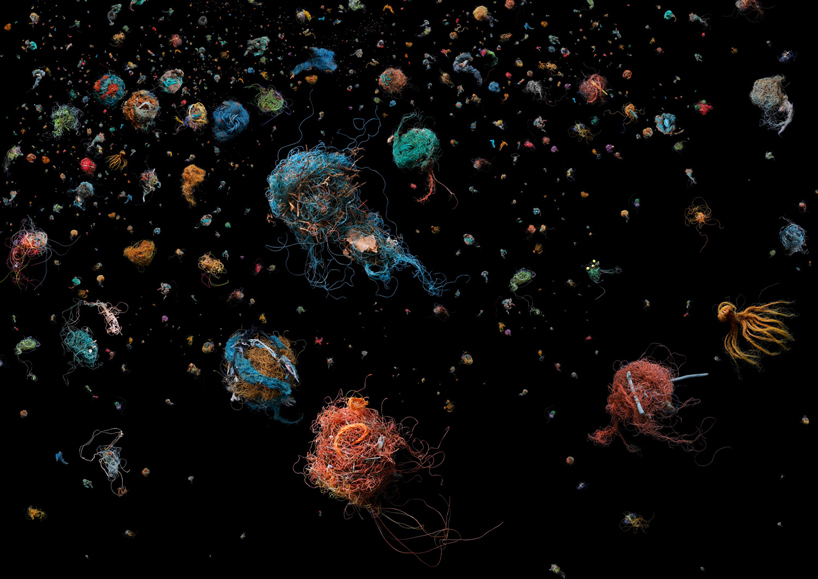 ‘soup: bird’s nest’ ingredients: discarded fishing line that have formed nest-like balls due to tidal and oceanic movement additives: other debris collected in its path 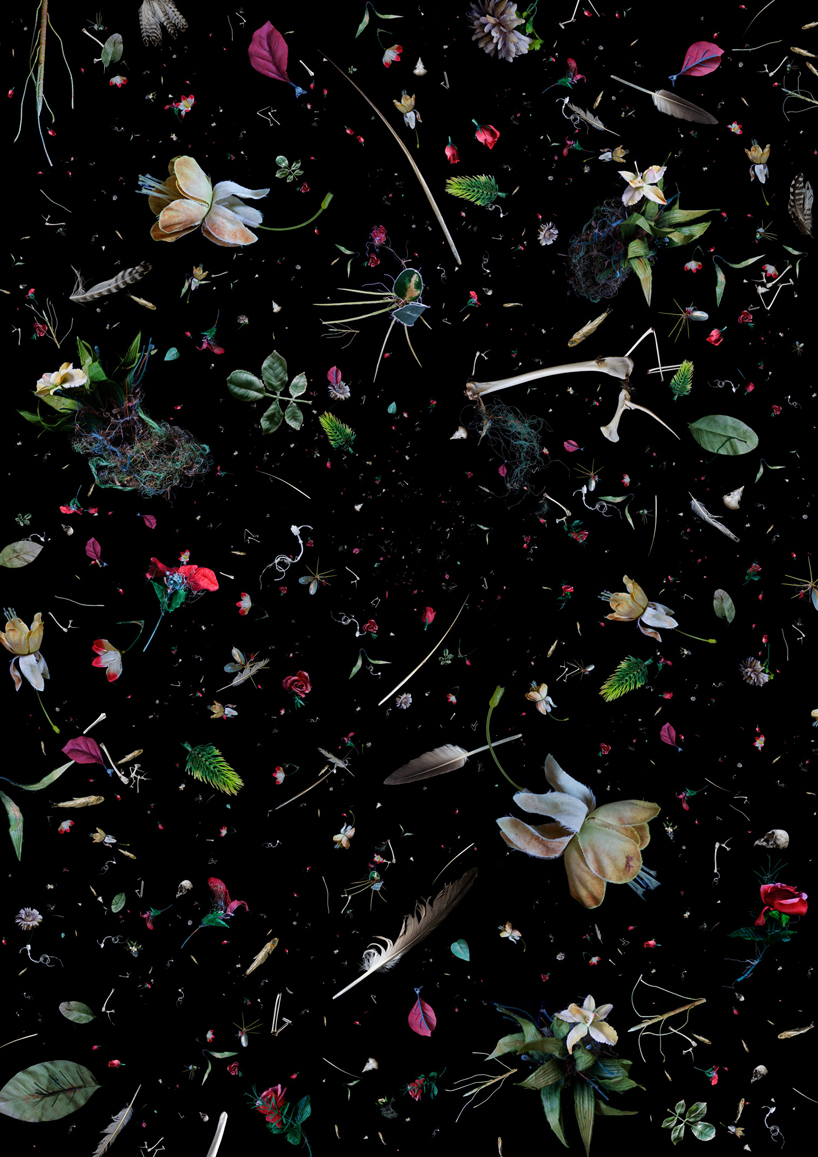 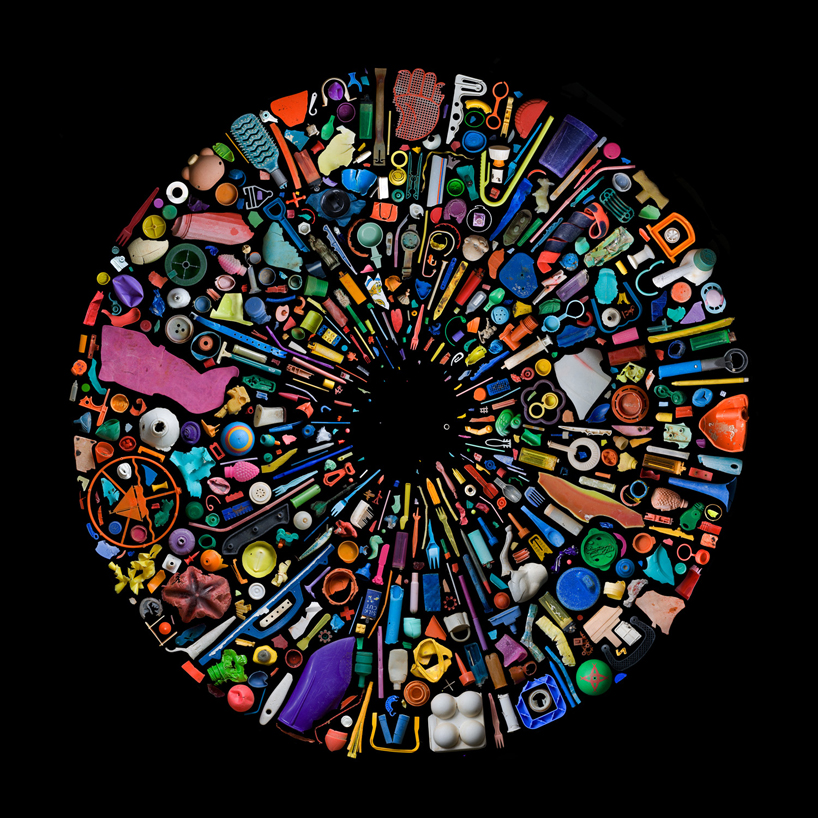 ‘soup: 500+’ ingredients: representing more than 500 pieces of plastic debris found in the digestive tract of a dead albatross chick in the north pacific gyre 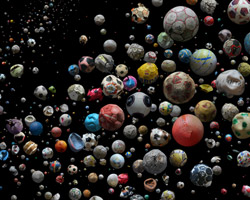 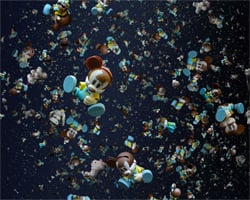