olafur eliasson brings ‘the collectivity project’ to new york’s high line. the participatory installation invites the public to construct an imaginary cityscape using two tons of white LEGO bricks. visitors are welcomed to build and rebuild the existing structures already in place, adding their own personality and character to the expansive LEGO landscape. 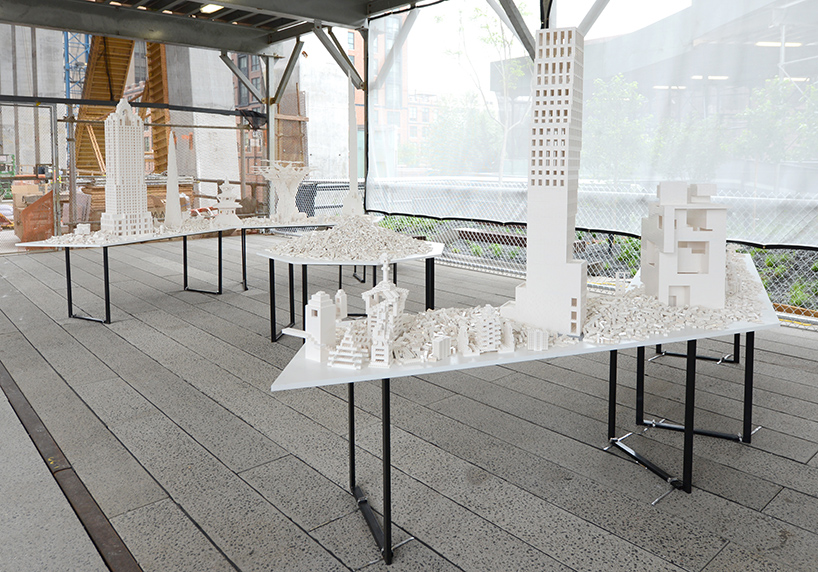 for the first time, a selection of architectural firms involved in current or ongoing projects in the surrounding neighborhood have collaborated by building one structure for the opening of olafur eliasson’s project. BIG, david M. schwarz architects, diller scofidio + renfro, james corner field operations, OMA new york, renzo piano building workshop, robert A.M. stern architects, selldorf architects, SHoP, and steven holl architects have each created initial buildings that will become part of the evolving architecture built by the public over the next four months. 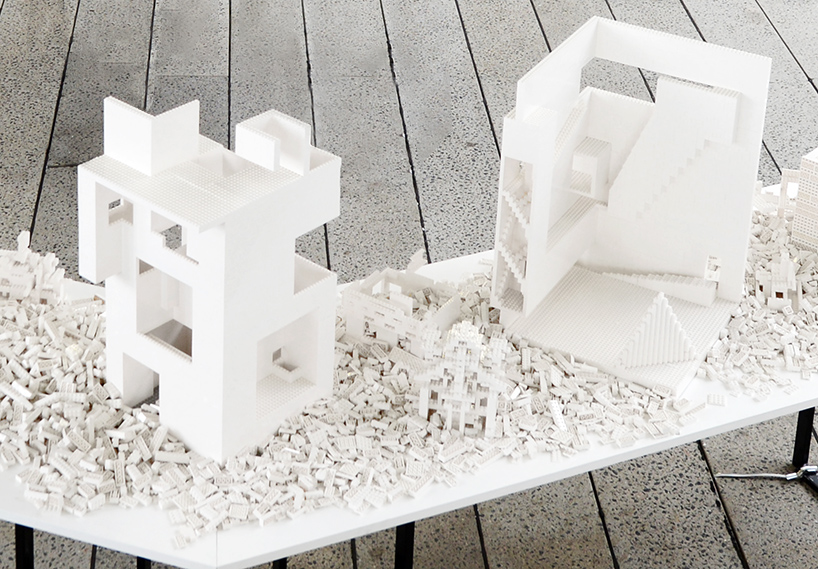 the collectivity project will be on view now until september 30, 2015 for the group exhibition ‘panorama’, presented by high line art. 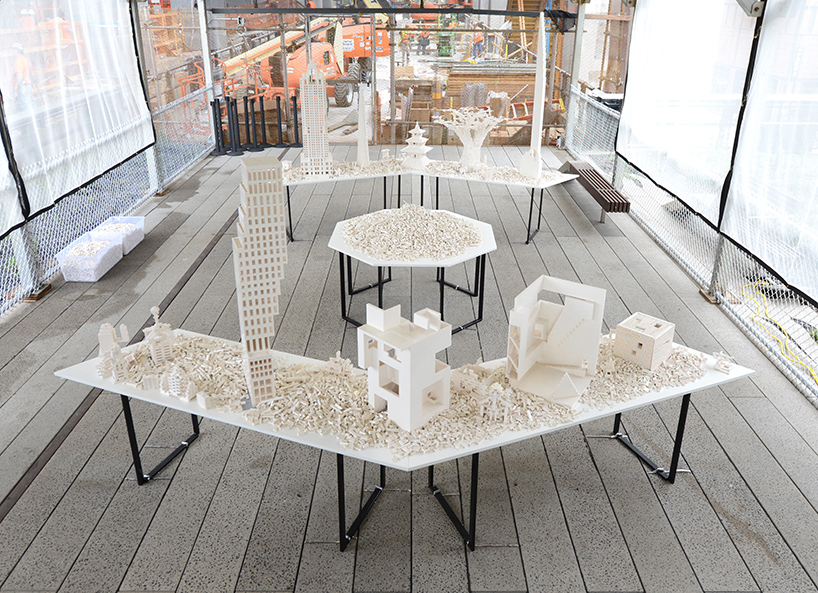 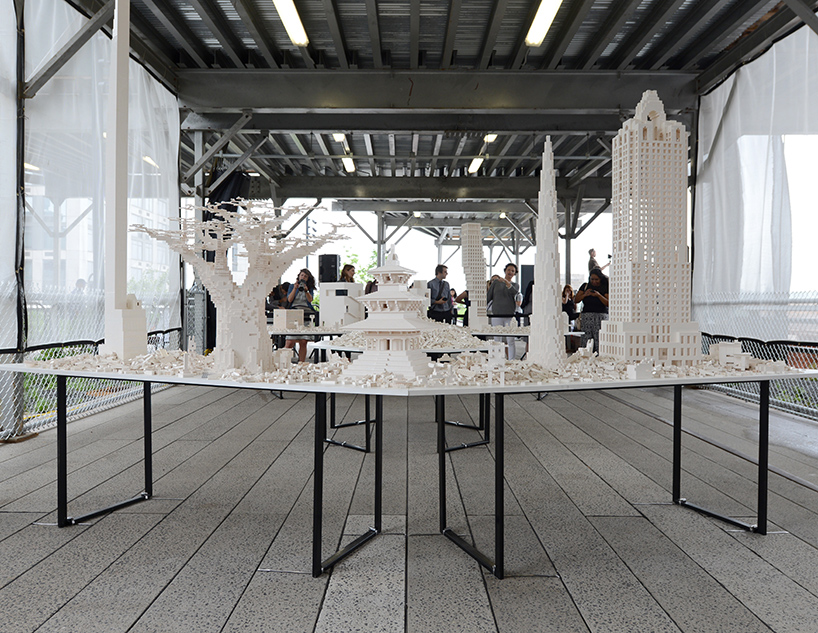 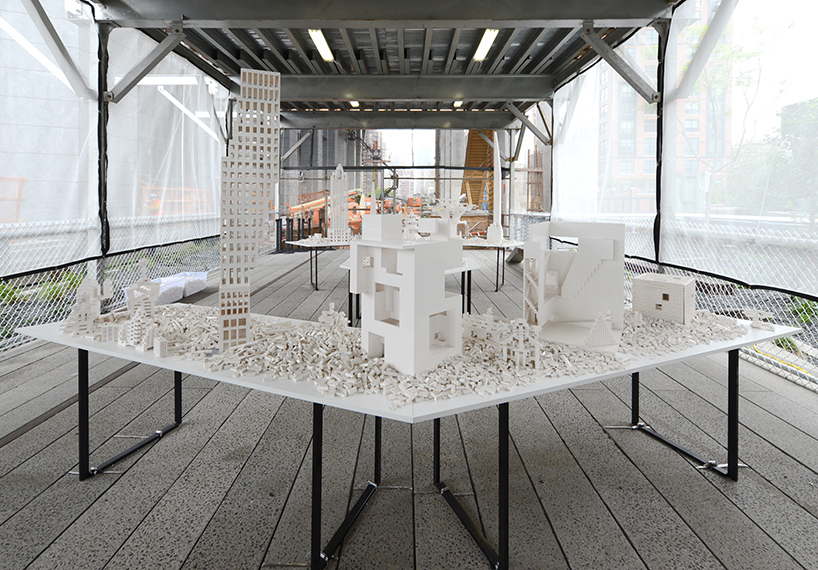 various styles of architecture are represented in LEGO form 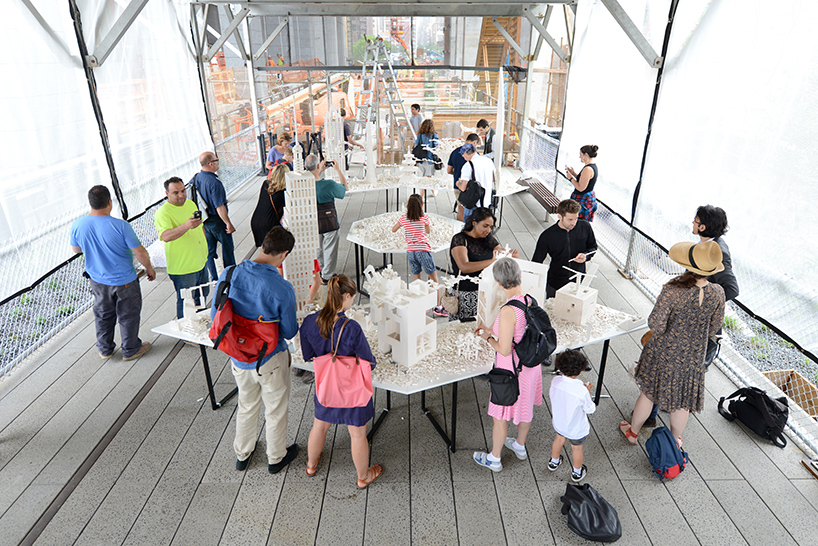 visitors gather around the installation 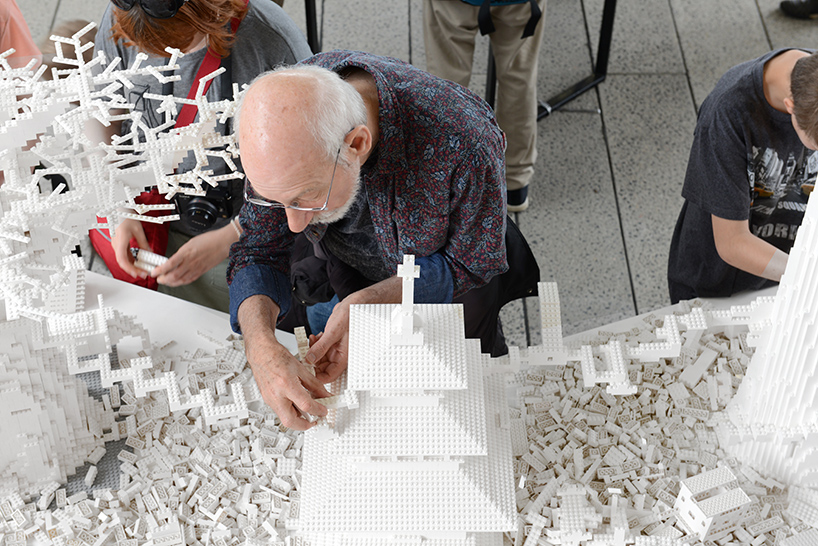 the public is asked to build to the existing, LEGO cityscape 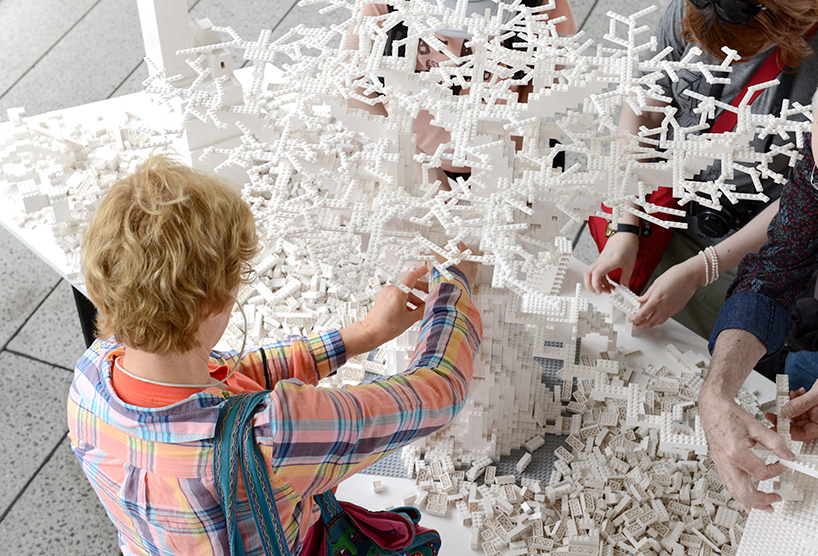 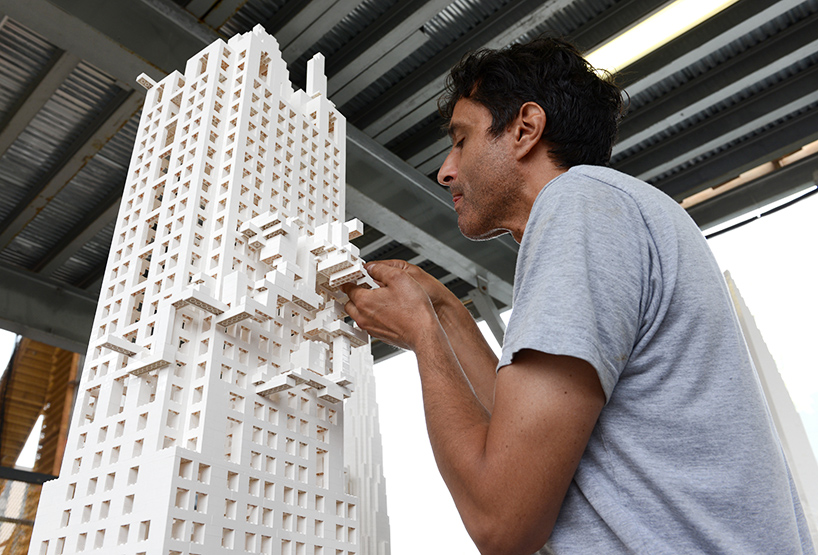