poland-born, brooklyn-based artist olek has created a new crocheted intervention artwork in the streets of london, england. olek, who is working on the project in conjunction with village underground and street artists against slavery for ‘follow your art – street art against slavery’ in aid of anti-slavery international, surmises her project stating, ‘again, life and art are inseparable‘. the four panel knit graffiti piece quotes from US civil rights activist martin luther king jr. from a famous letter he composed in a birmingham, alabama jail in 1963, writing ‘injustice anywhere is a threat to justice everywhere‘ across an exterior wall belonging to the village underground creative-space beside a highly trafficked street. 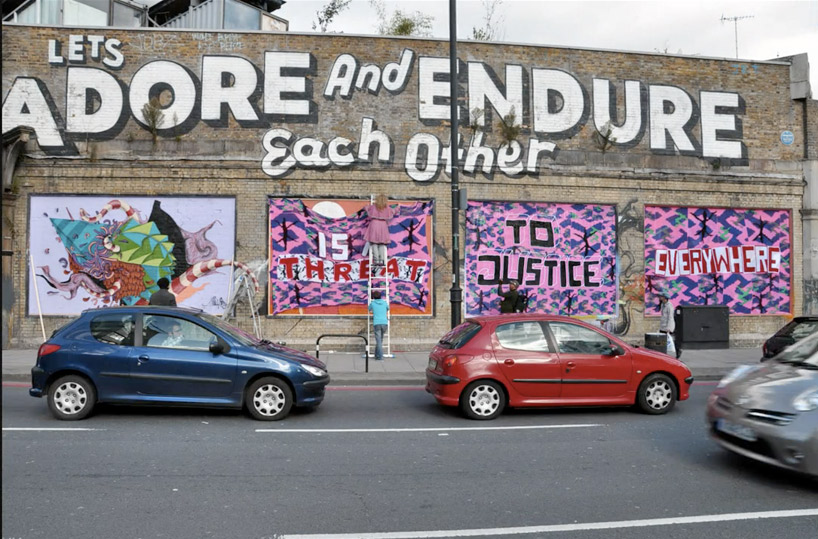 the piece in progress 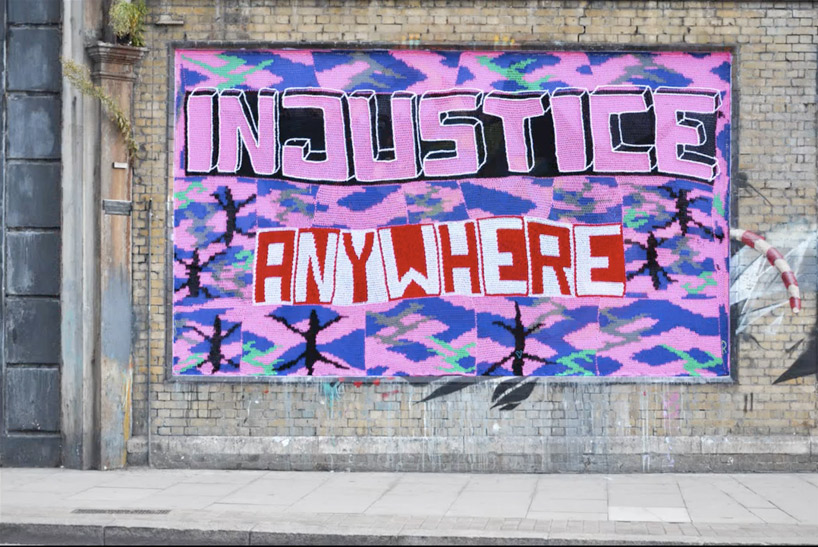 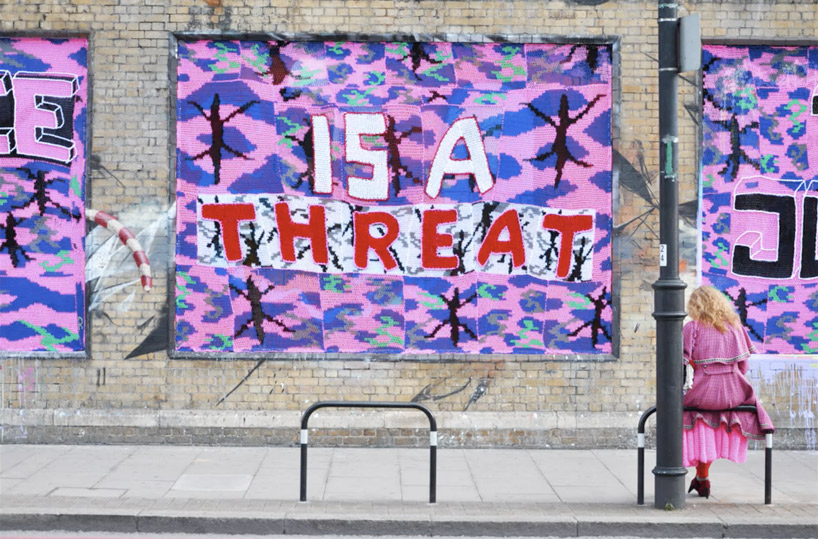 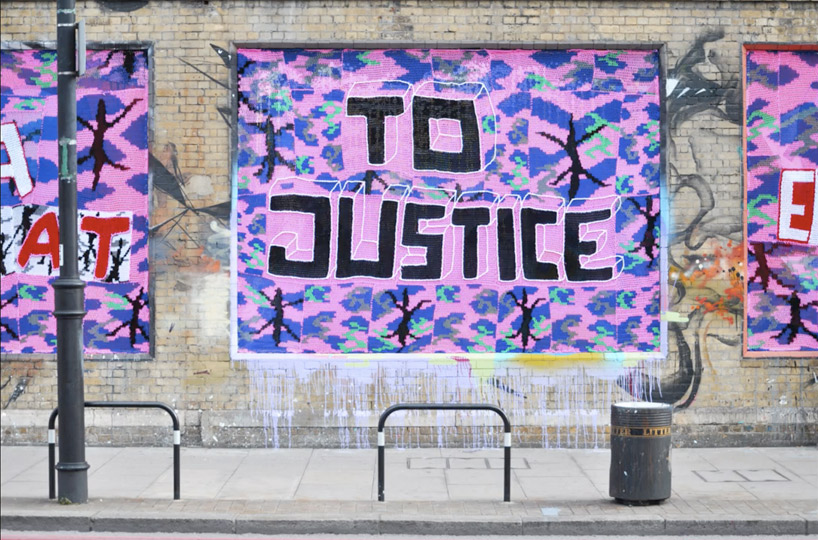 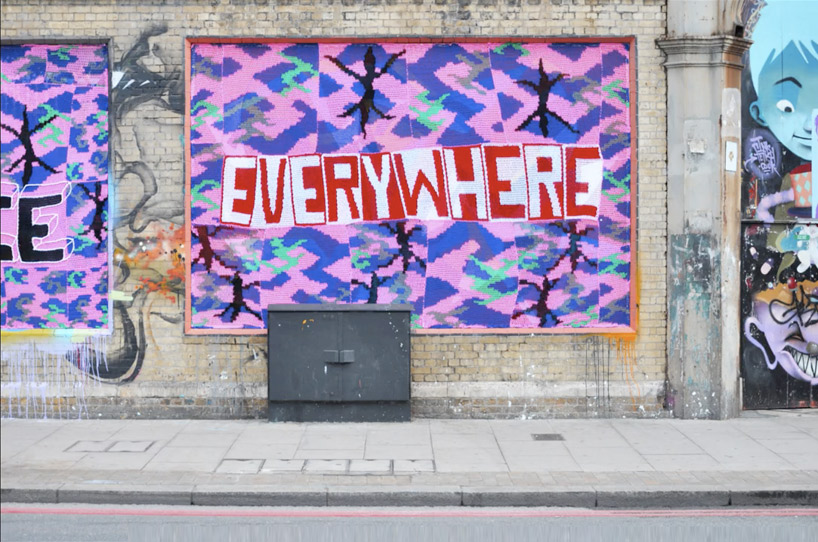 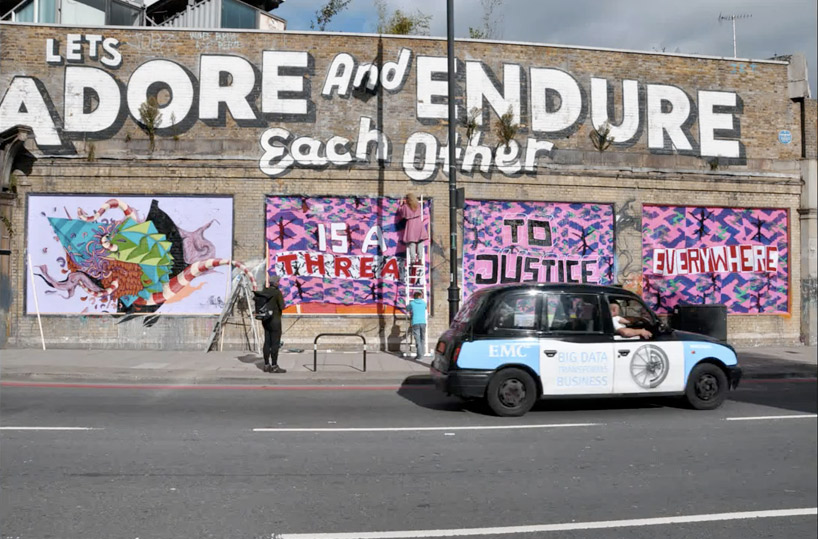 an alternate view of the artwork being constructed 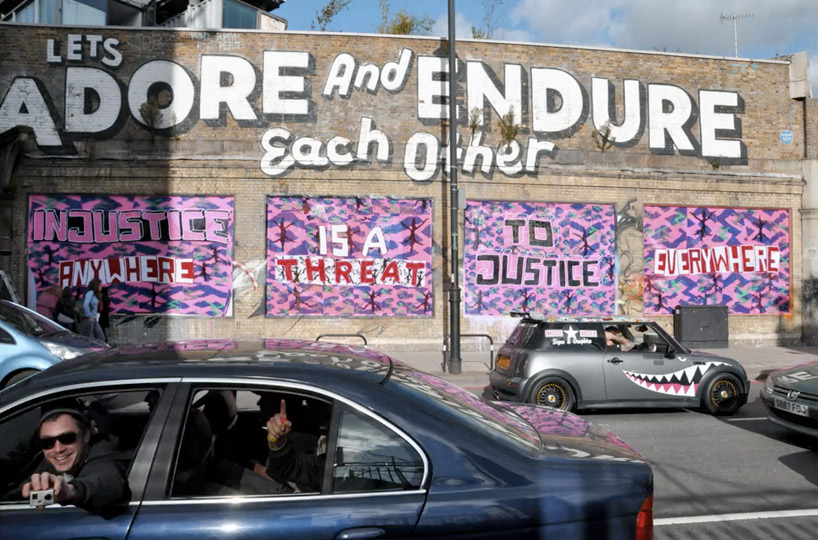 passers by enjoy the work in its entirety 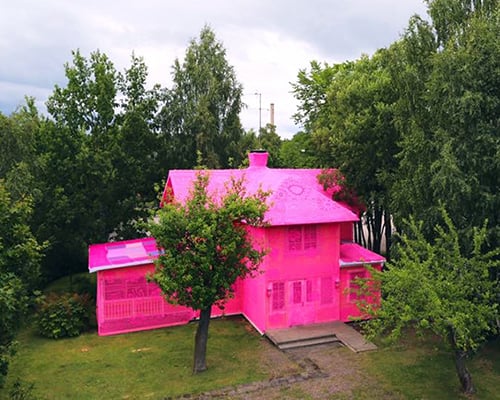 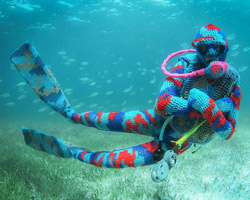 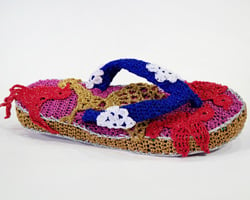 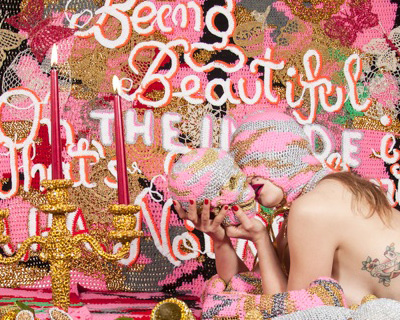