pakistan-based designer omar aqil reimagines six of pablo picasso’s portraits as 3D rendered illustrations over a background of medieval-inspired architecture. this follows in the footsteps of the artist’s earlier series, ‘mimic I‘ which was completed earlier this year. using 4D-ray, photoshop, and illustrator software, picasso’s abstract characters are transformed into 3D animations. aqil has always been interested in picasso’s works and, more specifically, the artist’s ability to create his own abstract, visual language. 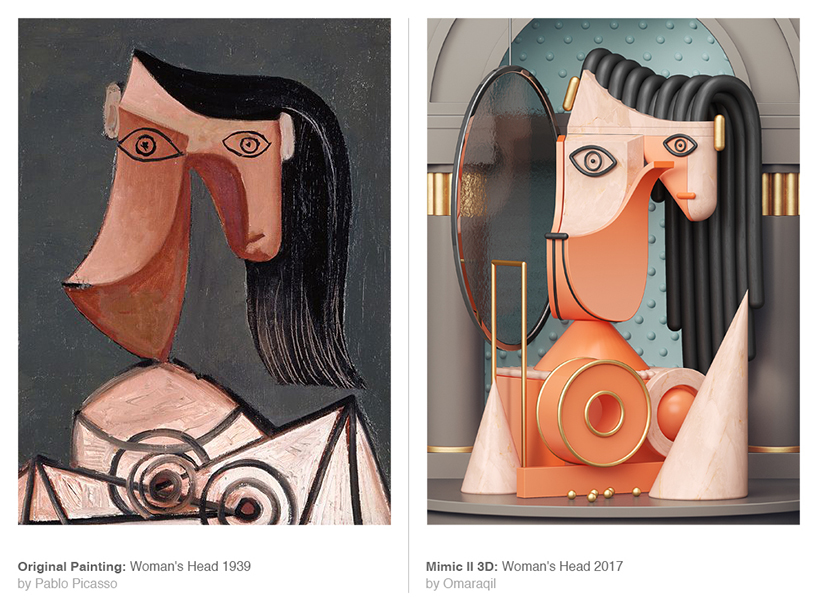 ‘in mimic II I have explored more diversity of forms and shapes in the work (portraits) of pablo picasso,’ aqil describes. ‘with the second series I picked six portraits (faces) paintings from pablo picasso’s artwork, I have also created experimented backgrounds using medieval architectural elements in modern flair. it’s just an attempt to give a different look of his compositions. I have also added some different elements to give them a new story. the abstraction of these figures are open up new complexity within the objects he used. this is a small effort to give him a humble tribute for his revolutionary efforts in the modern art.’ 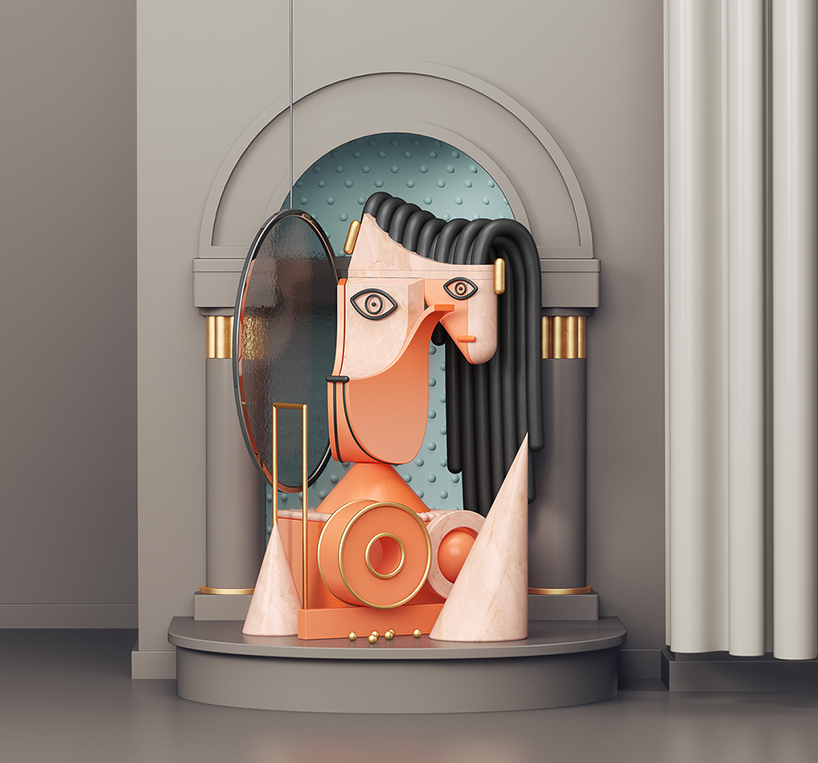 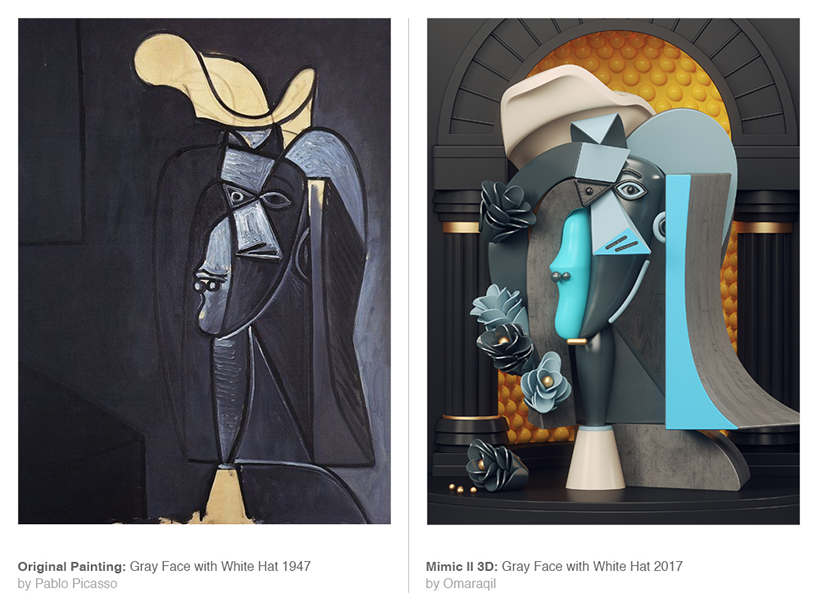 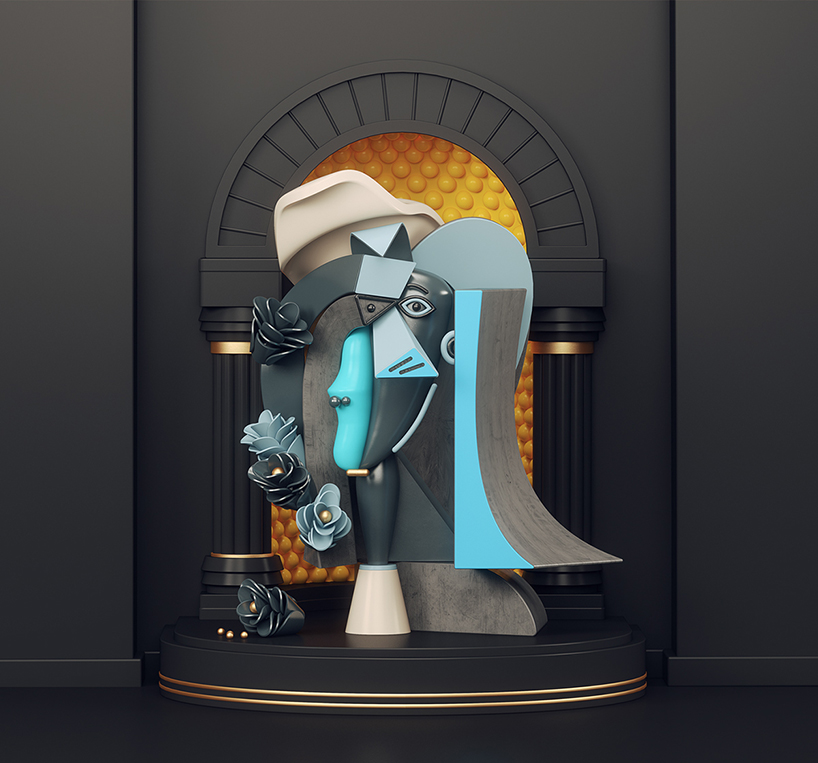 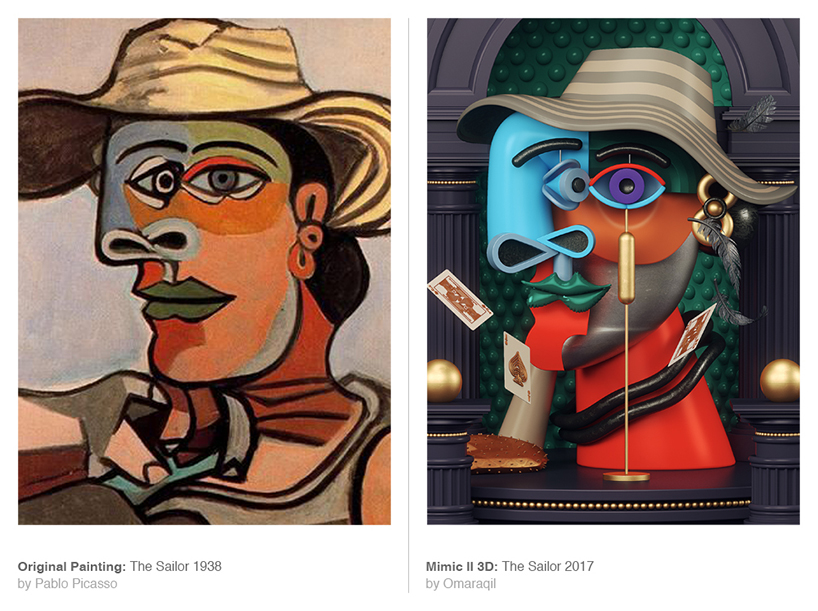 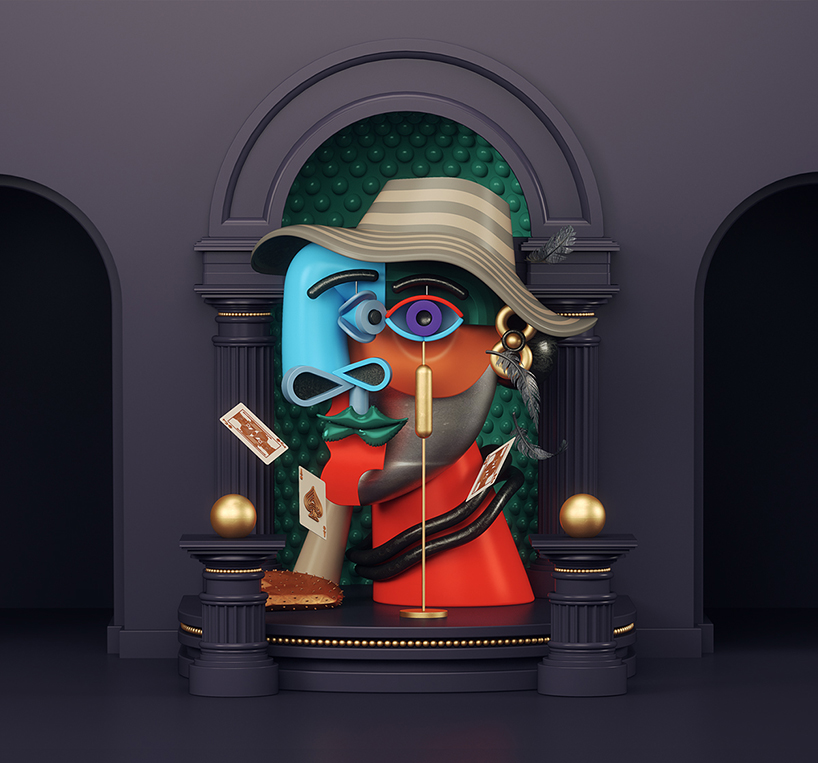 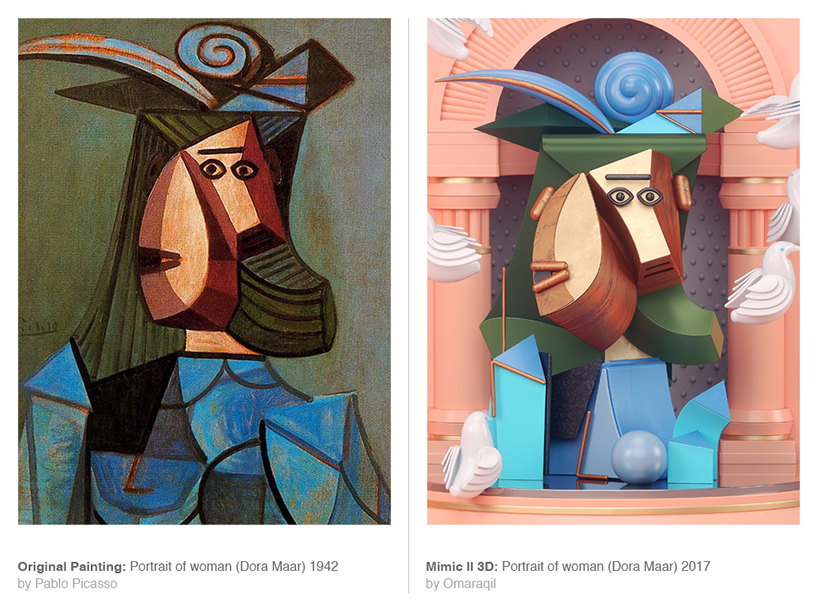 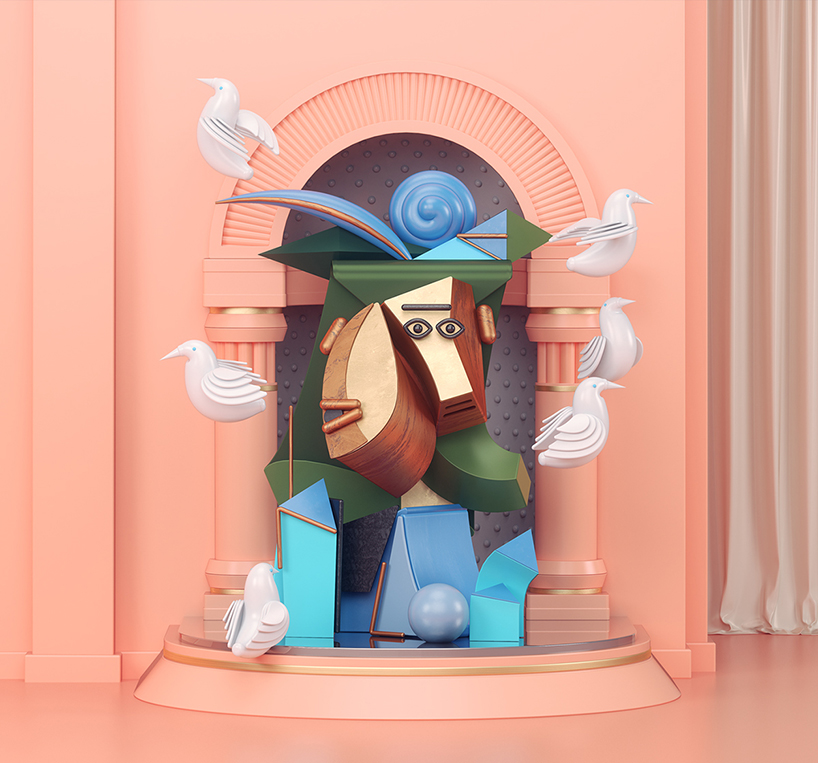 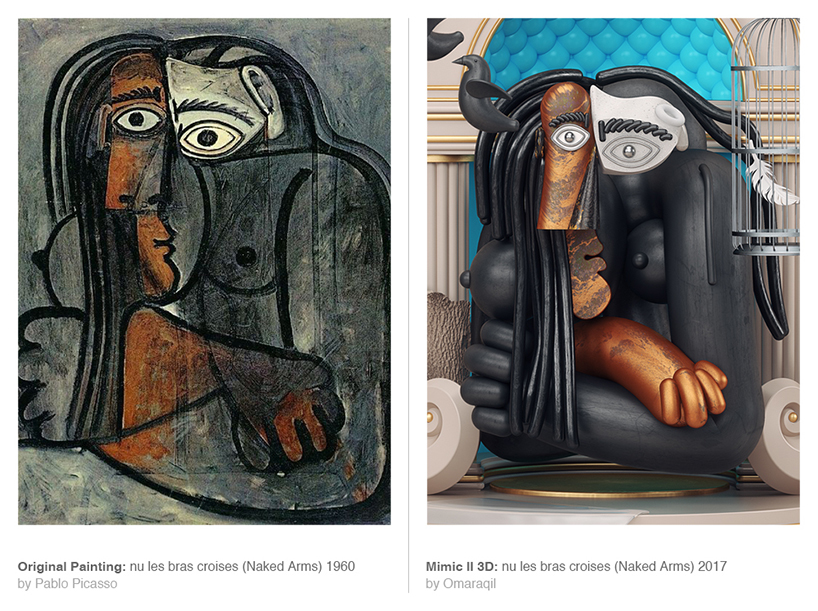 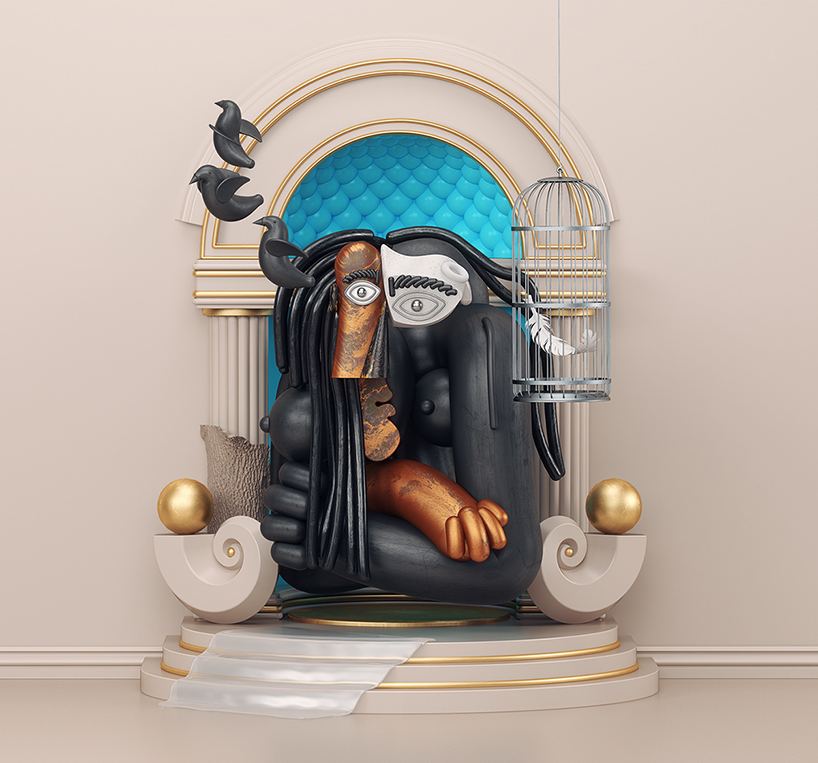 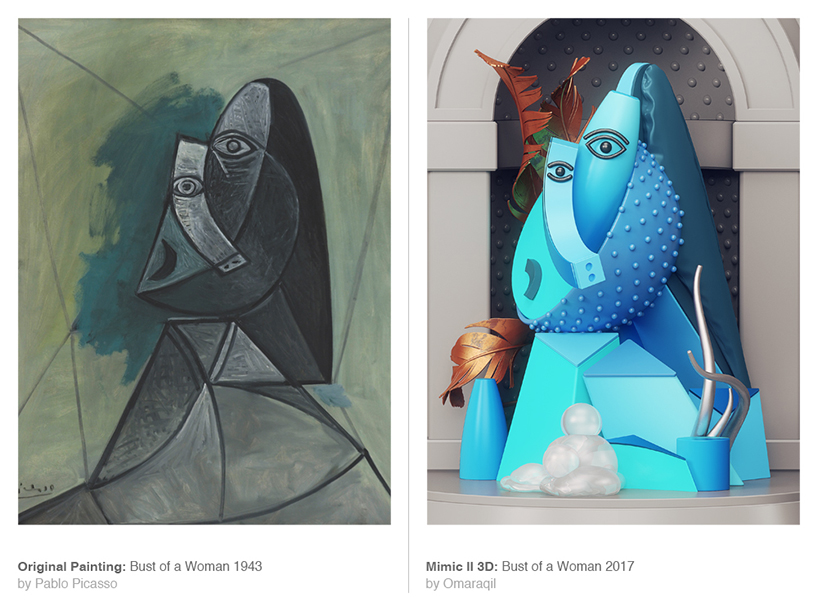 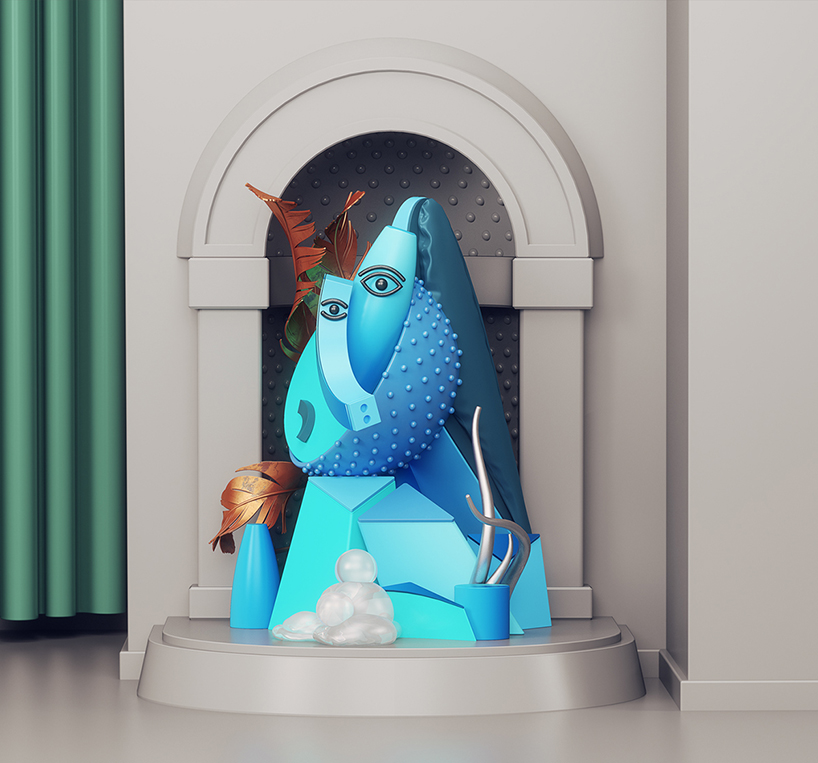