reconfiguring time and space through a game of mesmerizing perspectives, ‘onion skin’  by french artist and co-founder of antivj visual label olivier ratsi‘s is an immersive maze of projected light. a module comprised of two walls, positioned at a right angle to each other, makes up the physical portions of the artwork, while a light projection and a 5.1 surround sound broadcast constitute the virtual component. the experience of the installation is based on a very specific vantage point; the precise position of the audience determines which new dimension is revealed.

basic geometric elements like lines, triangles, and squares projected onto the flat surface suddenly unfold, peeling away as multiple layers of space and surface. playing on the principle of repetition, the third dimension achieved by the projection creates volume and depth, ultimately setting up a hypnotic experience that unfurls into an untouchable realm. the installation will tour in the coming months, starting in belo horizonte, brazil on november 30th, 2013 and followed by an exhibition at the parque lage in rio de janeiro on december 7th and 8th, 2013 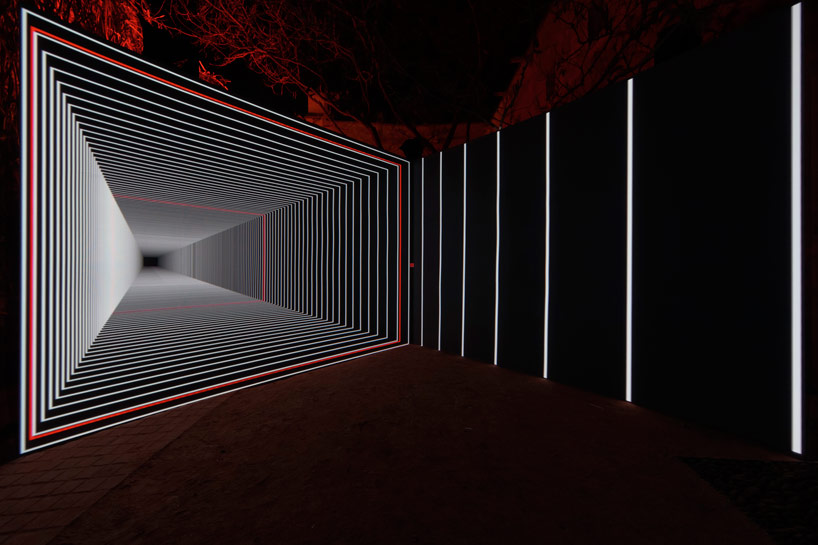 the installation creates an illusion of depth 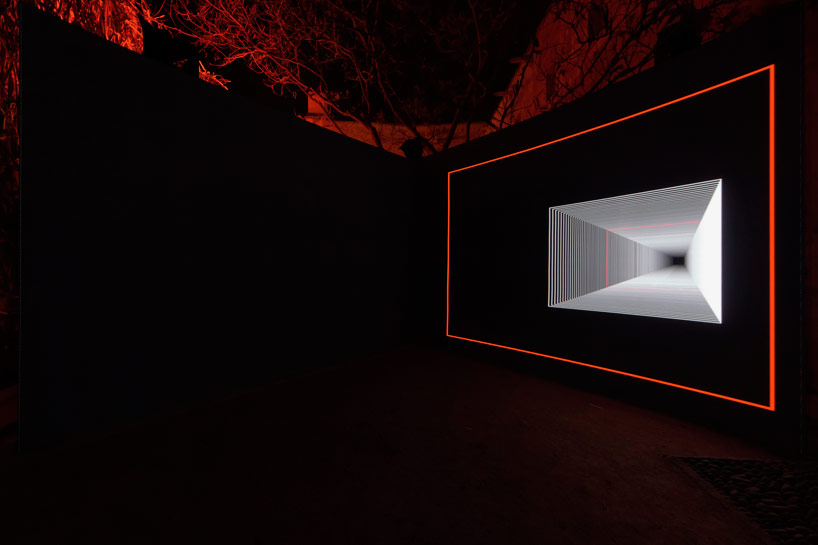 seemingly an endless expanse, the image is created through projected light 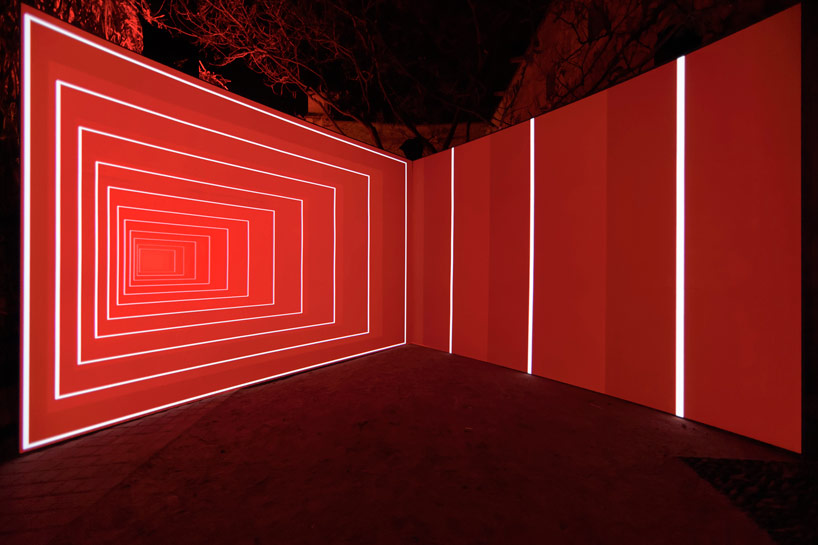 a module comprised of two walls makes up the physical, flat component 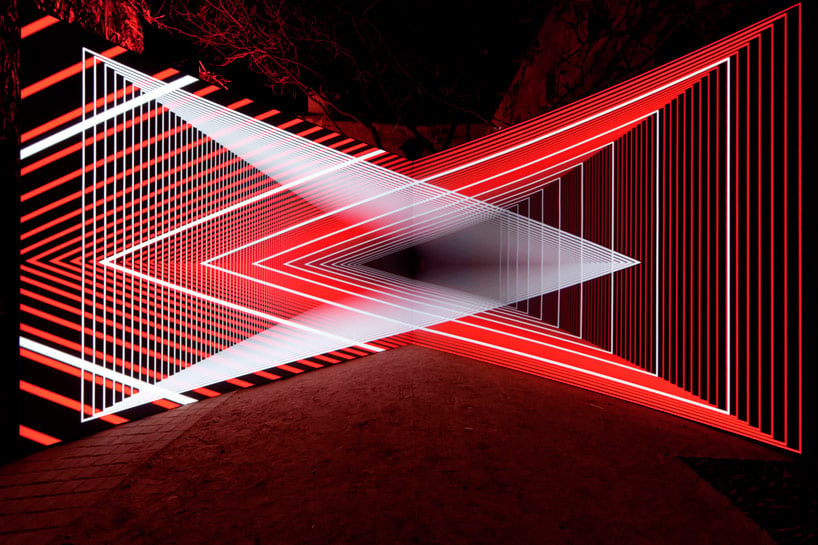 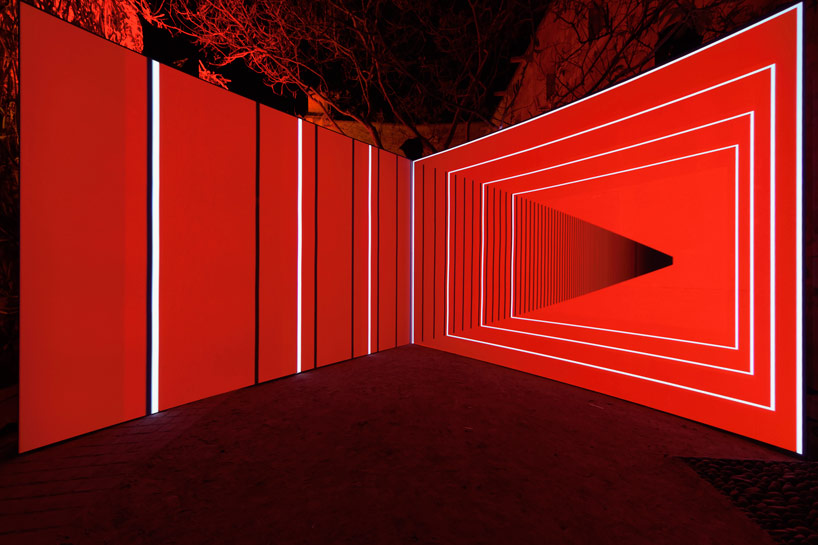 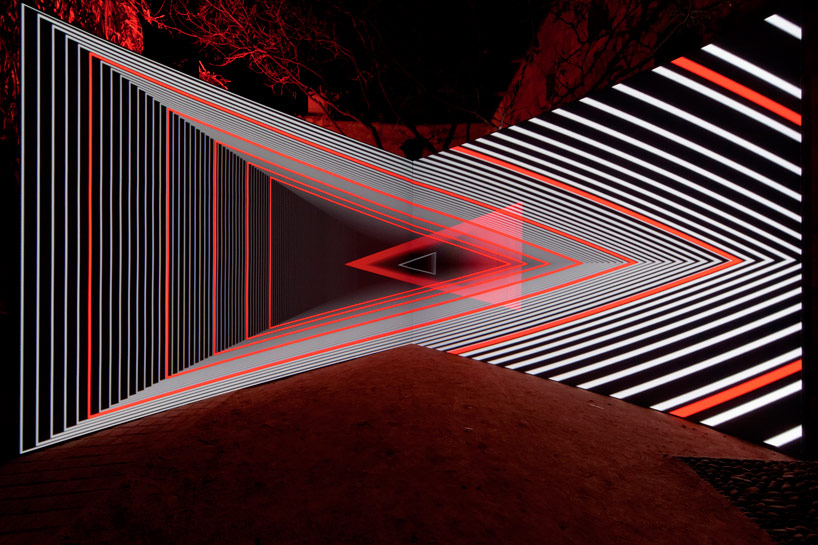 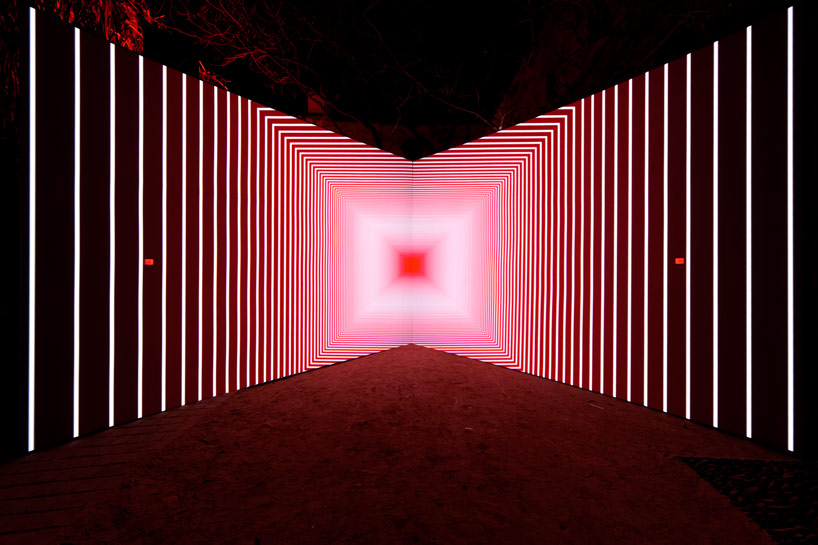 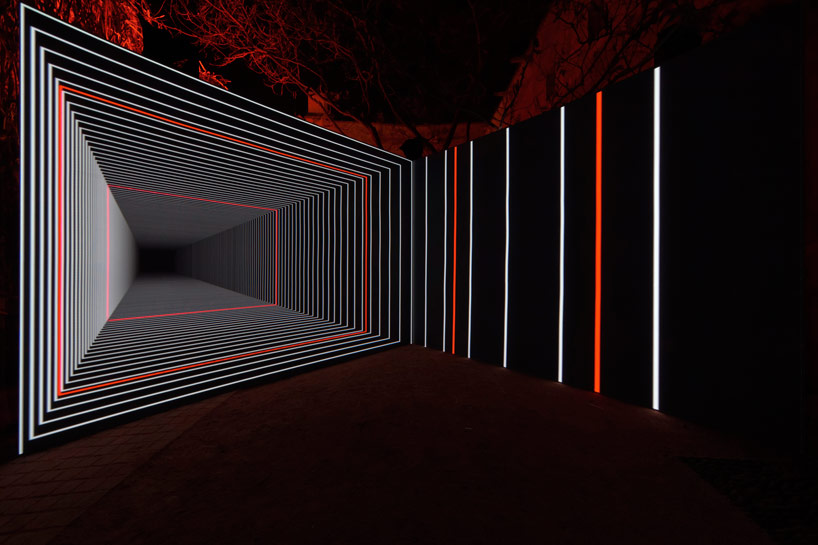 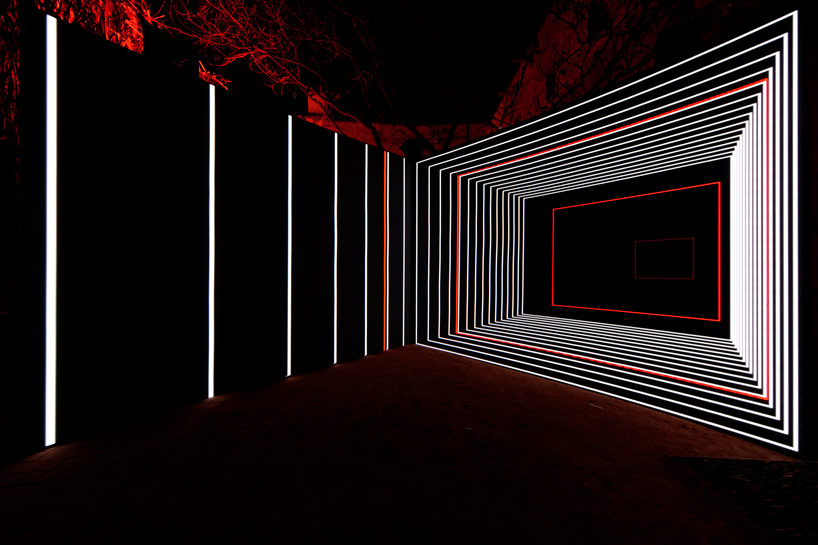 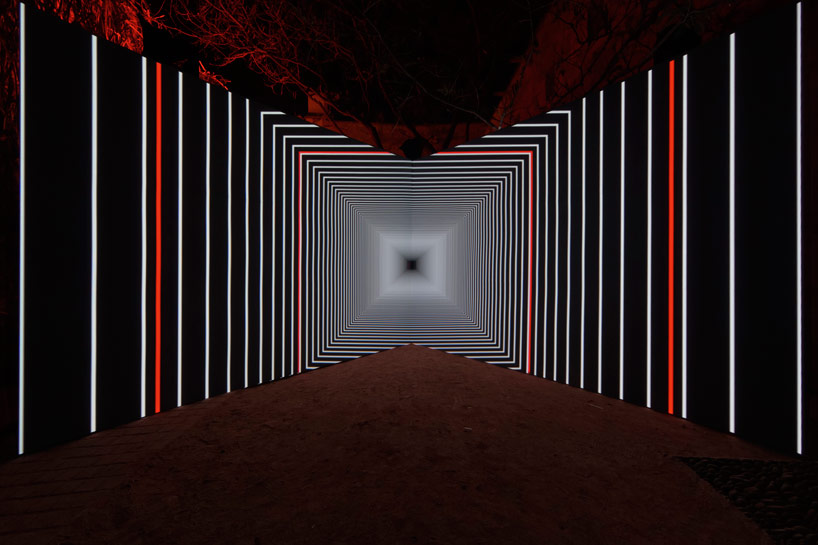 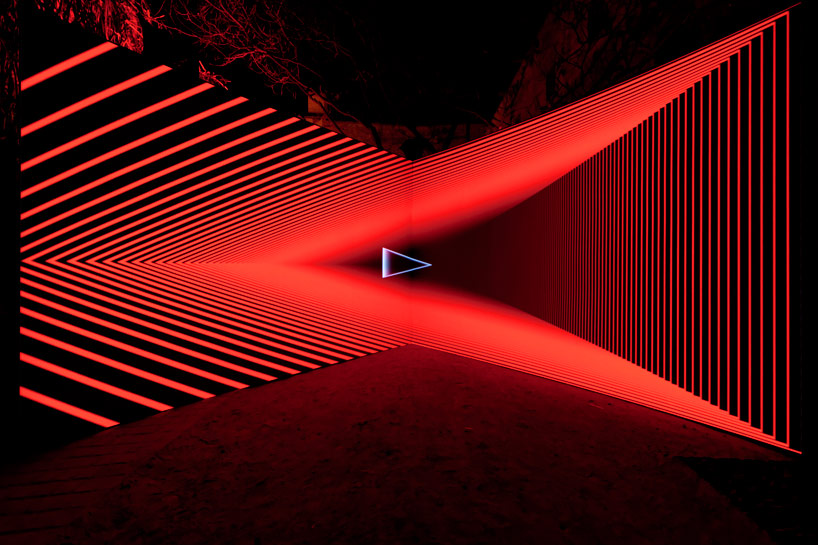 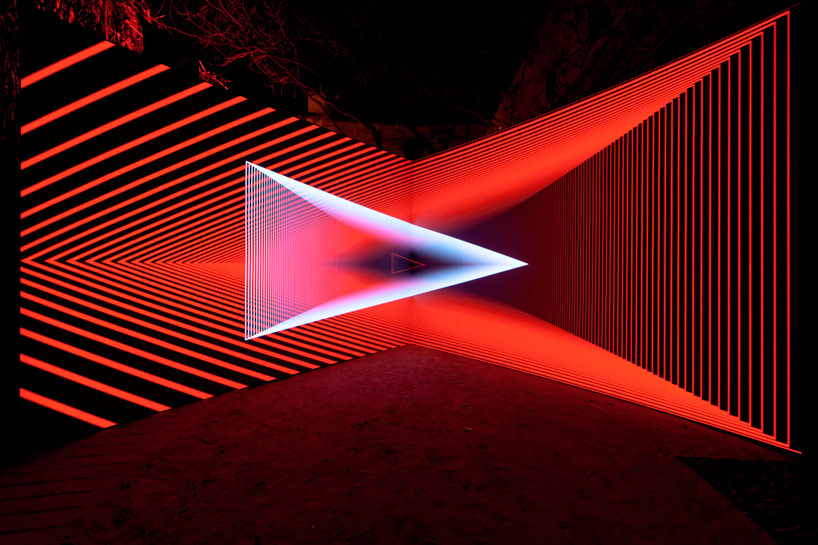 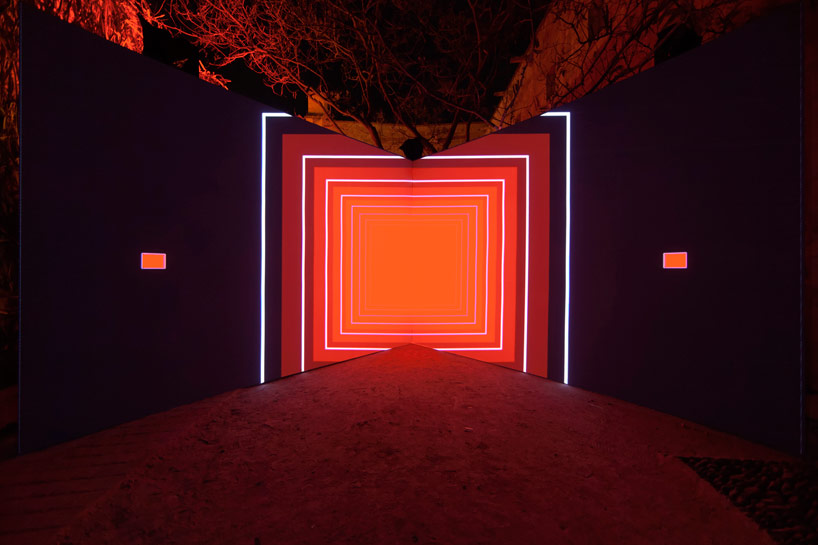 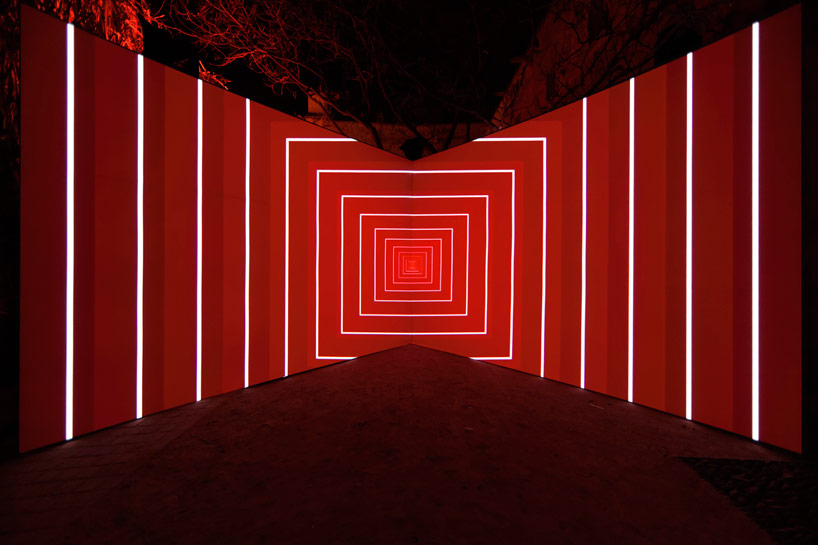 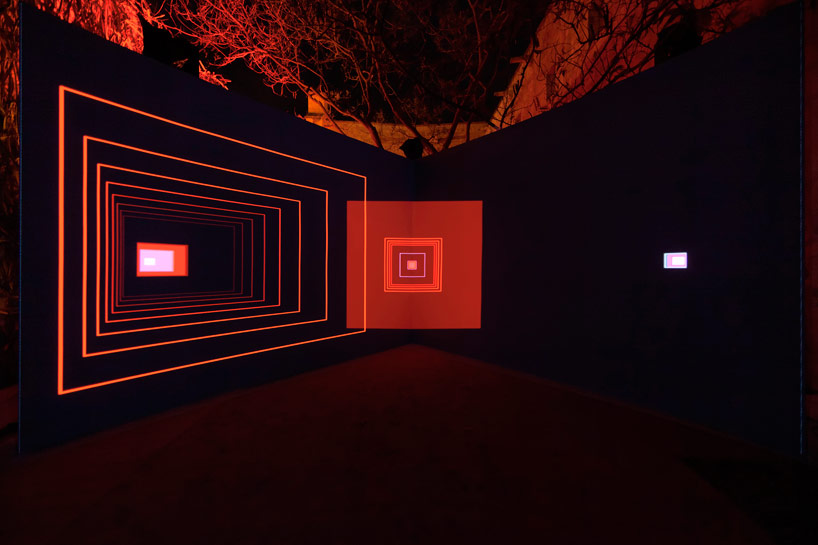 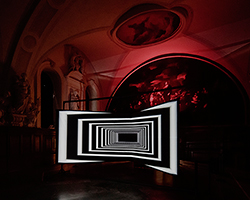 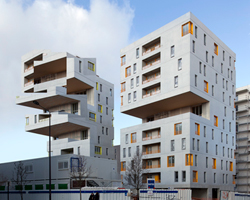