graphic designer o’plérou grebet has designed a series of ‘african emojis‘ that reflect the culture of his home country, ivory coast, and the wider region of west africa. in a bid to combat mainstream media’s inaccurate depictions, he has created more than 370 designs that portray contemporary african life. 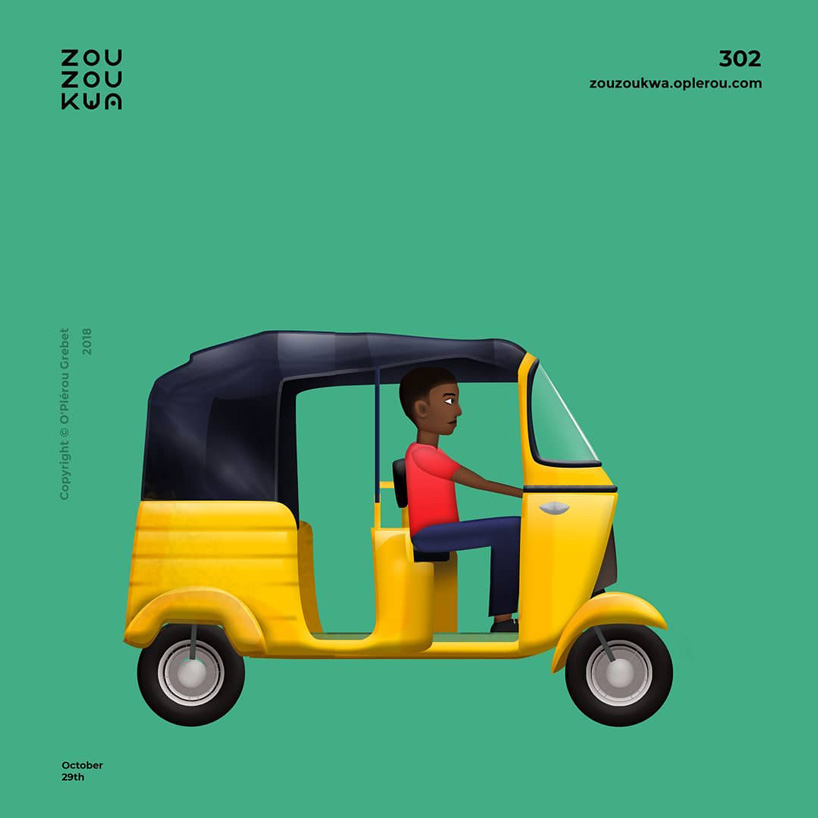 keke napep are a popular mode of transport in nigeria

o’plérou grebet has called full set of emojis are ‘zouzoukwa‘ – which means ‘picture’ in bété, the language of the bété people from the south-western ivory coast. available to download from the play and app store, they can be used on whatsapp as stickers or standalone images. so far, they have been downloaded more than 100,000 times, 10,000 of which were in the first three days. 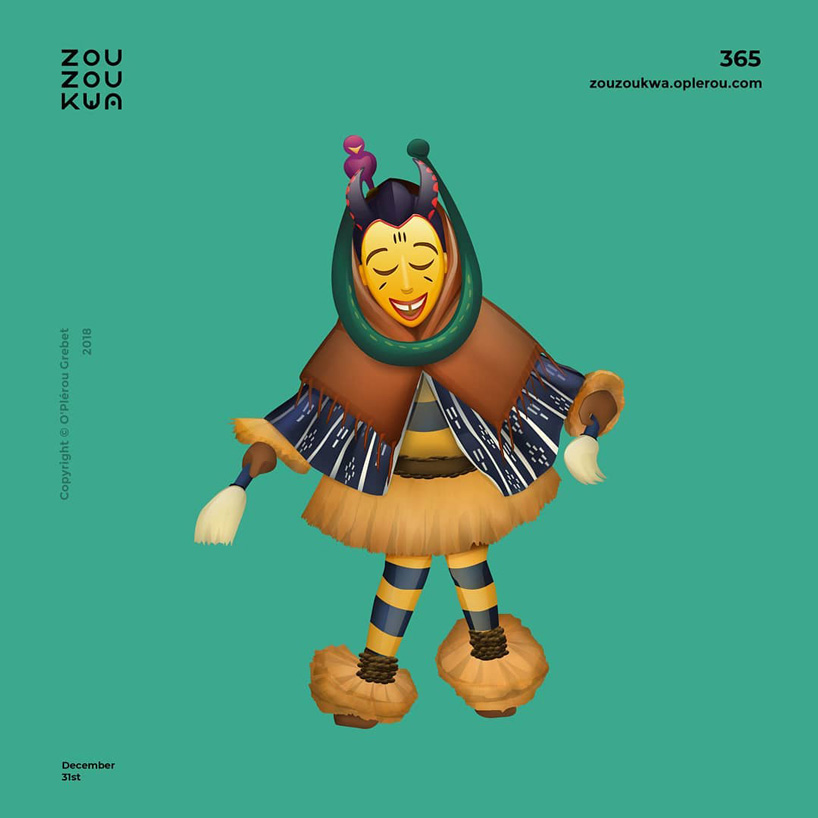 in 2018, grebet set himself the challenge to create one new addition to his african emojis every day, covering topics that included food, music and transport. his designs include a plastic teakettle sold in senegalese markets, traditional percussion instruments, and ‘garba’, a popular ivorian meal consisting of semolina and fried tuna. 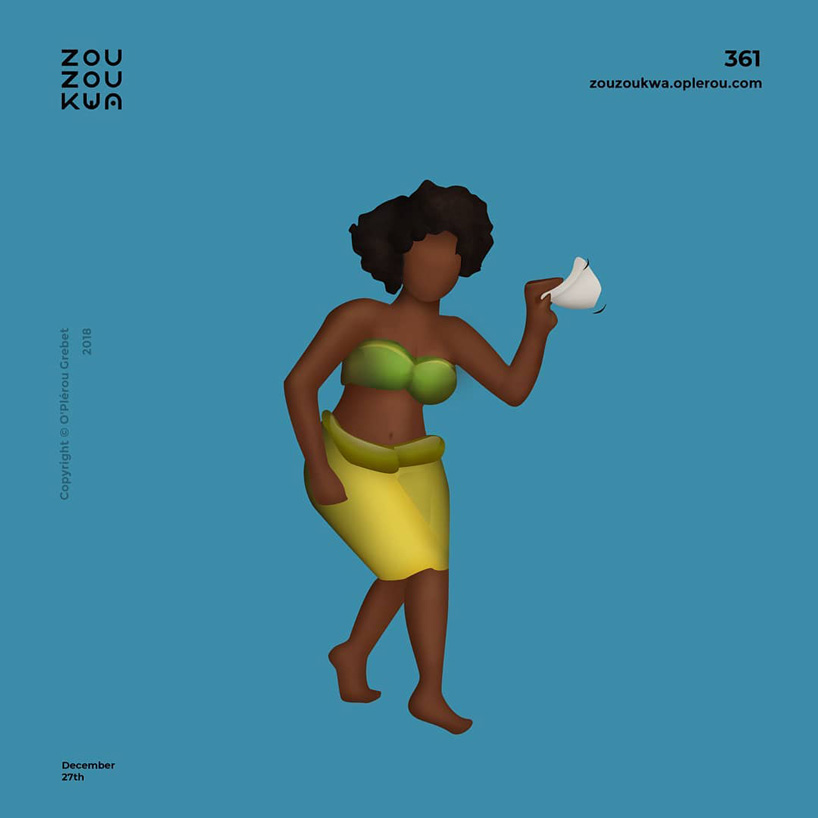 waving or twirling white handkerchiefs while dancing is custom in ghanaian, togolese, and nigerian cultures, especially in wedding celebrations

another object that originates from his home country is the zaouli, a mask and a traditional dance of the guro people of central ivory coast. he also depicts ‘keke napep’, a popular mode of transport in nigeria; kita or kenté, a colorful loincloth worn in the southern regions of present-day ghana; and mémorial gorée-alm, a slave trade memorial on the island of gorée in senegal. 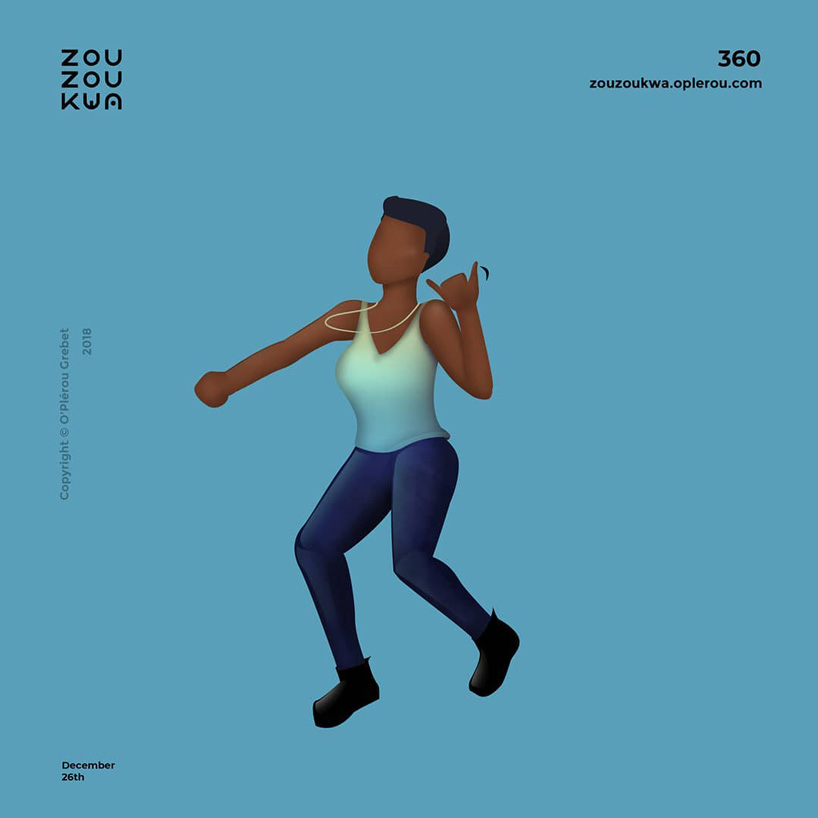 grebet’s designs aren’t official emojis, because they have not been approved by the unicode consortium, an organization that reviews and approves new designs. he is currently working on a submission to the body. honoring the many facets of african tradition and its contemporary condition, he wants to travel to more african countries, discovering their cultures, and turning them into african emojis. 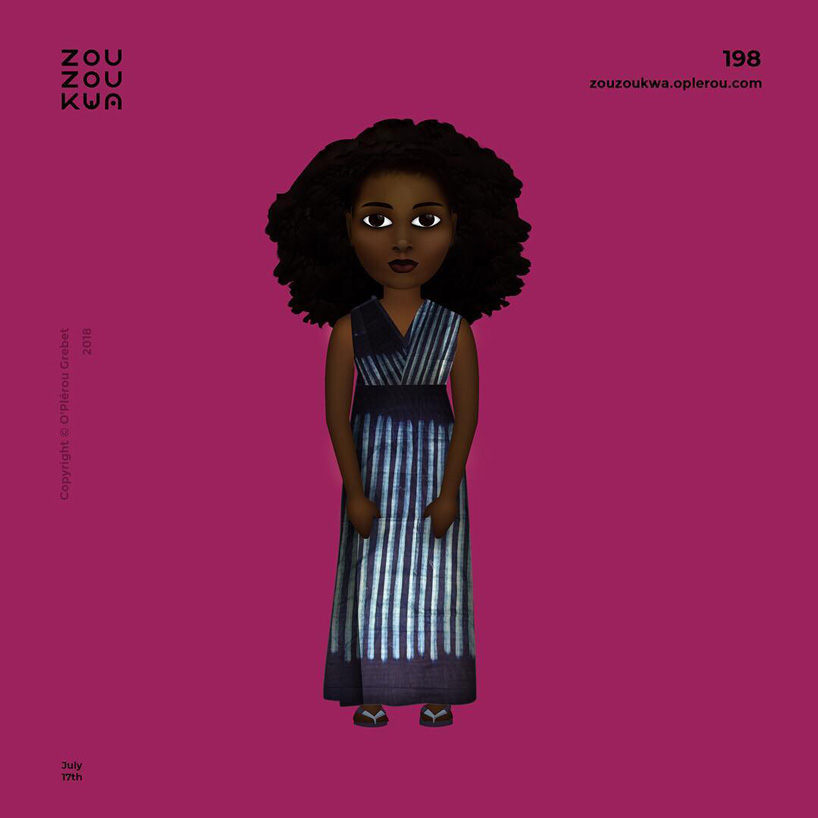 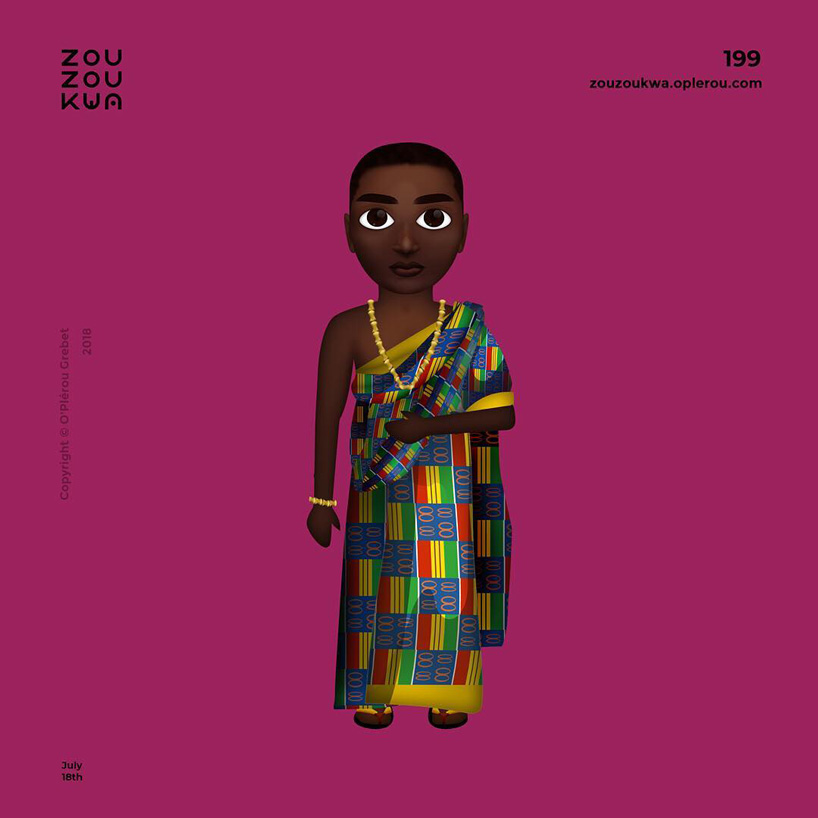 the kita or kenté is a colorful loincloth,and a traditional garment of the akan people, a meta-ethnicity living in the southern regions of present-day ghana. 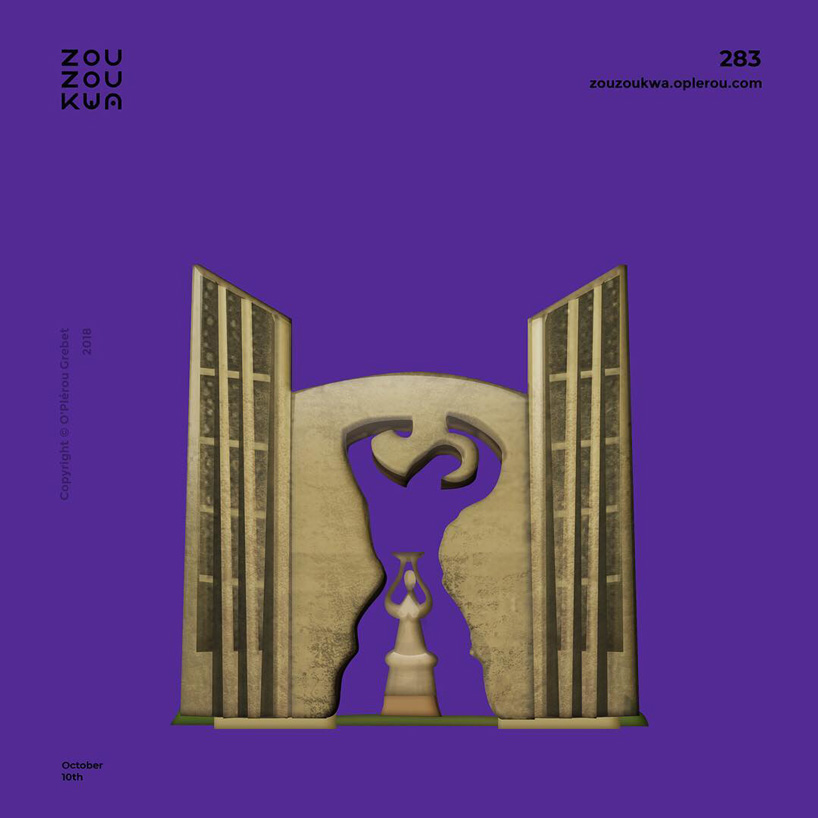 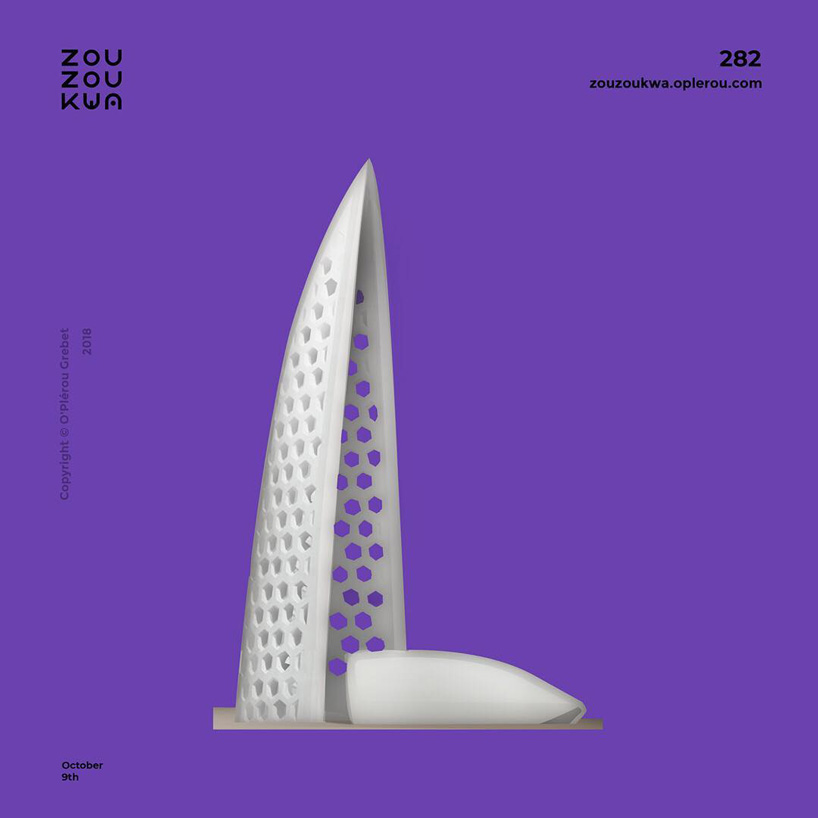 mémorial gorée-alm, a slave trade memorial on the island of gorée

the 'balai' is a broom made of stiff fibers

a 'djembe' or 'jembe' is a rope-tuned skin-covered goblet drum played with bare hands, originally from west africa