brazilian artist twins OSGEMEOS have recently painted on an extraordinary scale, tagging the entire facade of a boeing 737, which will transport the brazilian national football team from city to city during the quickly approaching 2014 FIFA world cup.

dozens of portraits, meant to represent the people of the brazilian culture, are rendered in artists’ signature style: elongated faces, quirky outfits, colorful skin and animated expressions. from the tail to nose and the engines, the jet’s technological details and equipment are covered in the vibrant design, wrapping around the massive structure. with an airplane hangar as an art studio, the duo completed the the plane piece throughout a week-long process, using about 1200 cans of spray. you can see more images at UOL, which has documented the painstaking process and spectacular result. 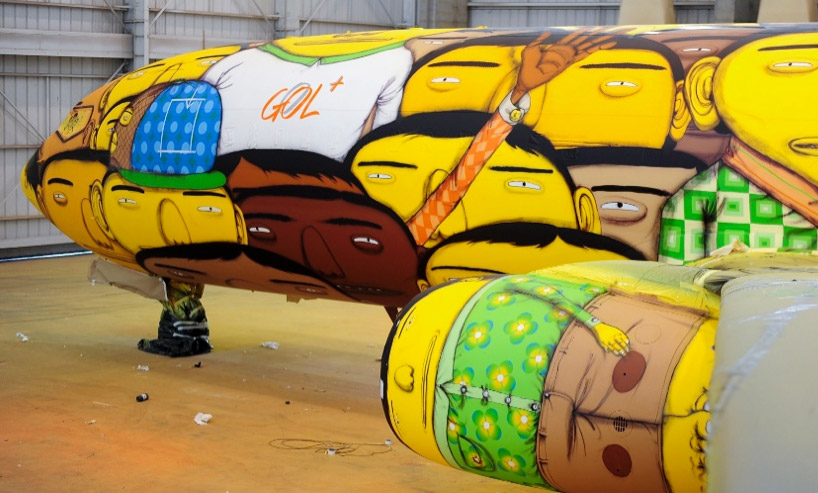 quirky outfits, colorful skin and animated expressions wrap around the plane
all images by junior lago/UOL 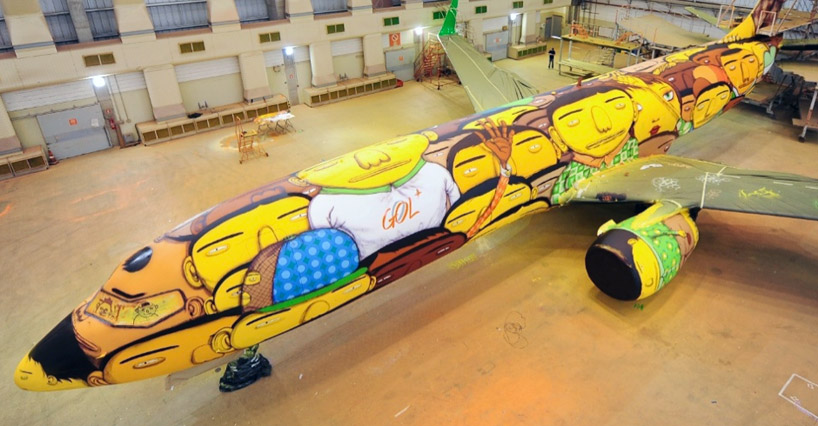 the entire plane is covered in the artist’s signature faces 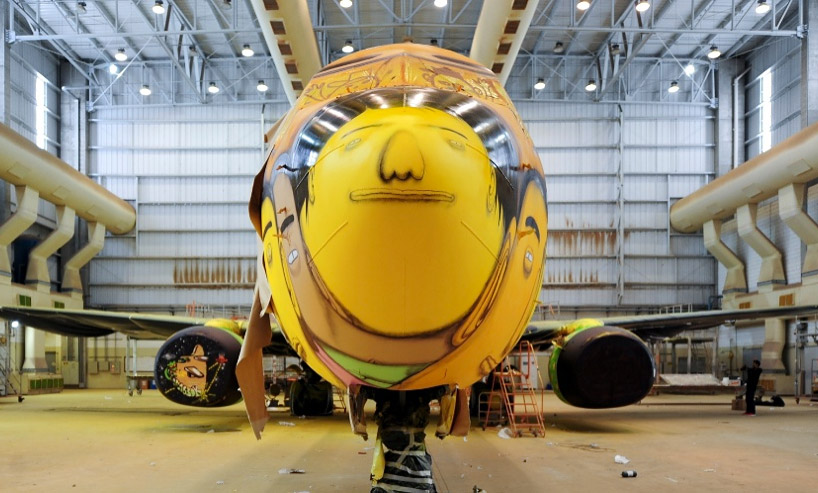 the nose of the plane features a face 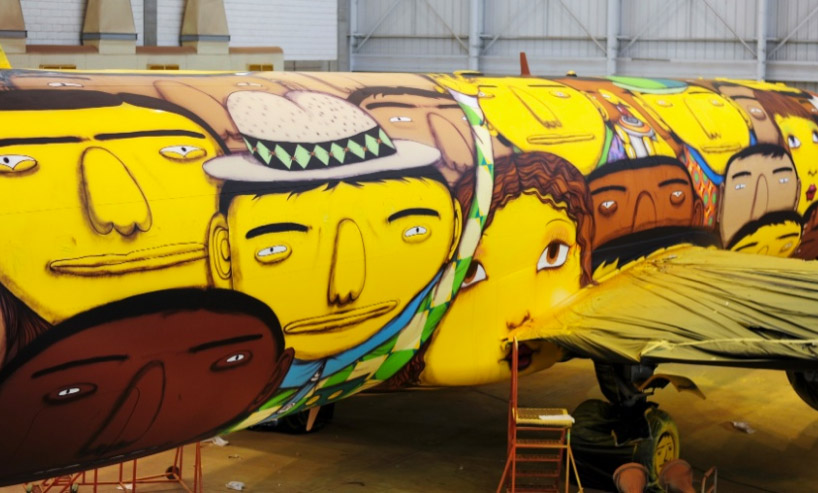 multiple faces pattern the exterior of the jet 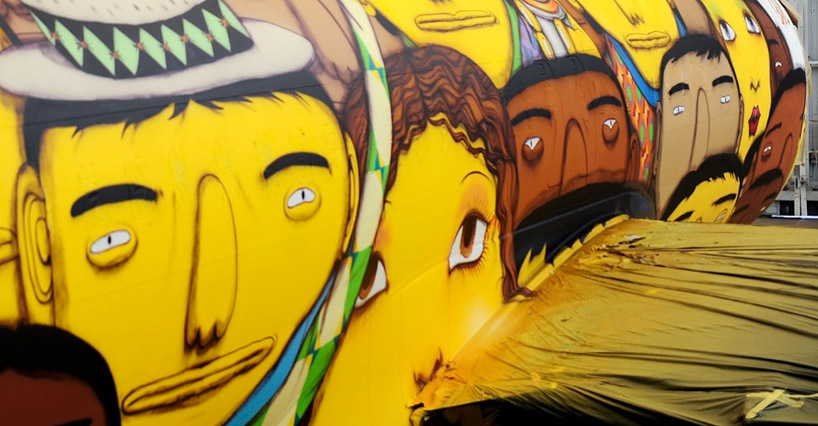 1200 cans of spray paint were used on the installation 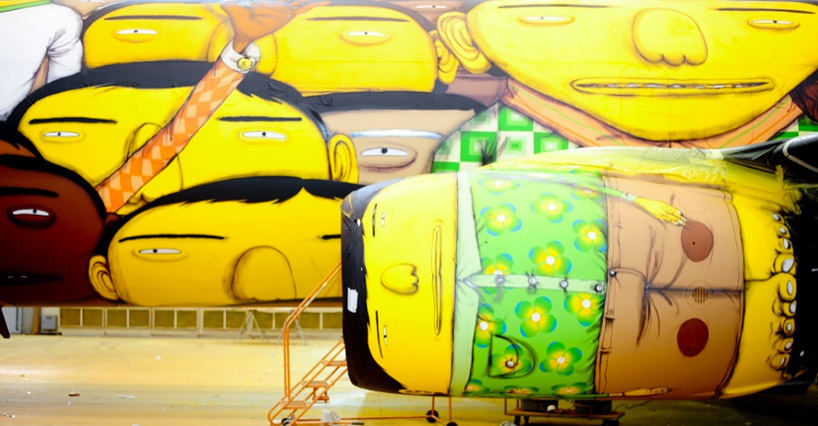 all parts of the plane were painted with colorful faces 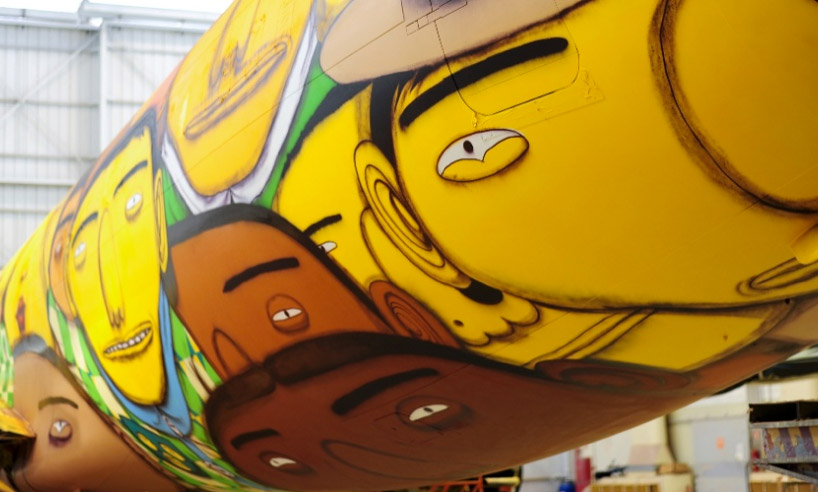 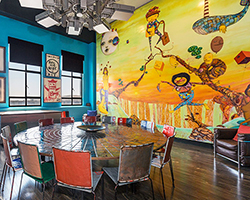 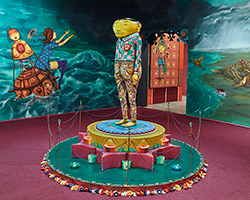 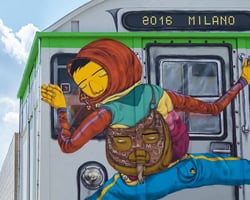 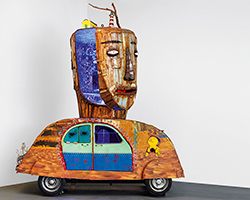 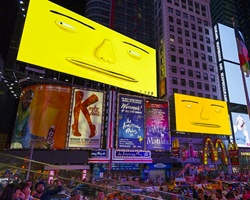