the compositions are a result of hughes’ ongoing experimentation exploring the art of photography manipulation, and is an extension of his ‘360 project‘ where dancers from canada’s national ballet school were photographed with a panoramic approach using a 48 camera circular rig.

— designboom caught up with ryan enn hughes to discuss the project —

designboom: please tell me a bit more about ‘DAN$E’, when did you start developing your most recent project and when did you first take an interest in animated GIFs?

ryan enn hughes: for the last couple months I’ve been fascinated with GIFs. it began with seeing the cinemagraphs released by jamie beck and kevin burg last year. I’ve been creating stop motion pieces with still photography cameras for a few years now – but seeing beck and burg’s cinemagraphs really blew me away, and it was the first time I really thought of the GIF as a presentation method or medium unto itself. DAN$E is an animated GIF project of ballerinas photographed in 360 degrees and digitally manipulated to appear as moving paintings using photoshop and other animation software. to create DAN$E, I worked with photographs originally captured for the ‘360 project‘, a collaboration with canada’s national ballet school.

the pieces are informed by hughes’ background in painting

designboom: what role does materiality play in the construction of your projects, and ‘DAN$E’ in particular?

ryan enn hughes: this past year I’ve been questioning definitions and categories quite a bit, as I’ve worked as a strict photographer, a strict filmmaker, and have combined ideas and tools from both in multimedia projects. DAN$E is an interesting project for me personally on a technical level, as I’m combining aspects of photography, motion pictures and painting in a digital environment. the aesthetic of DAN$E is developed after I’ve been thinking about it for a while, but it didn’t quite work as a strict photograph or motion picture in my mind. presenting this project as a GIF felt like a natural progression of the idea for me. what really has struck me is that GIFs are a non-time based presentation method (they can endlessly loop), and are accessible to everyone via the internet, not tucked away in a gallery for just a few to see. with DAN$E I wanted to create a ‘moving painting’ of sorts, and GIFs allowed me to do that.

designboom: what is your daily routine?

ryan enn hughes: my daily routine is quite random to be honest. I currently work out of westside studio in toronto (westside represents me for commercial photography in canada). I’ve got an office at westside, and access to studio space and support facilities there – it really is a great place to work out of everyday. when I’m not shooting or quoting on a job, I’m handling the day to day duties of running a business, etc. for the last few years I’ve received funding from the ontario arts council to research and explore alternative approaches to image making.  this is where a lot of my time and energy is placed on a weekly basis – I’m really obsessed with pushing new ideas, and aesthetics, and feel really fortunate to be able to do so.

designboom: has there been an evolution in your work? were there any particularly pivotal moments in the progression of your style?

ryan enn hughes: I think my work as a whole has been influenced most by working with and progressing through different media.  I started off as a teenager painting, progressed into video art, starting working with 16mm motion picture film in university, got into 35mm photography on my own, then digital photography, digital video, digital stop motion work, and now combine much of that into GIFs.  technology itself has influenced and evolved my creation process.

designboom: how do you typically choose your themes or subjects?

ryan enn hughes: I like photographing and working with people a lot. the last few years I’ve been most interesting in working with dancers in a variety of genres. I like simple, clean, and bright visuals…this is usually the starting point for most of my recent work in terms of subject.

the project combines the disciplines of photography, motion picture and painting

designboom: is there any artist from the past or present whose work you have been particularly impressed with?

ryan enn hughes: I like a lot of work across a lot of mediums. I like painters quite a bit: edgar degas, joan miró, pablo picasso, and jackson pollock.  in terms of photography, richard mosse’s work using aerochrome, really impressed me. in the world of music videos: I’m in awe of director romain gavras. for music: I love listening/watching live performances of nirvana on youtube.  I also love listening to jay-z, kanye west and duke ellington. 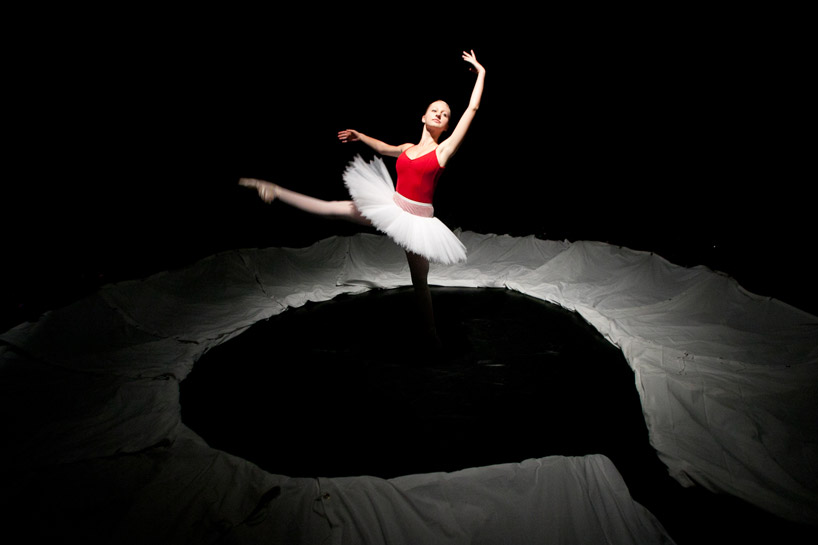 behind the scenes setting up to capture the ballerinas in motion 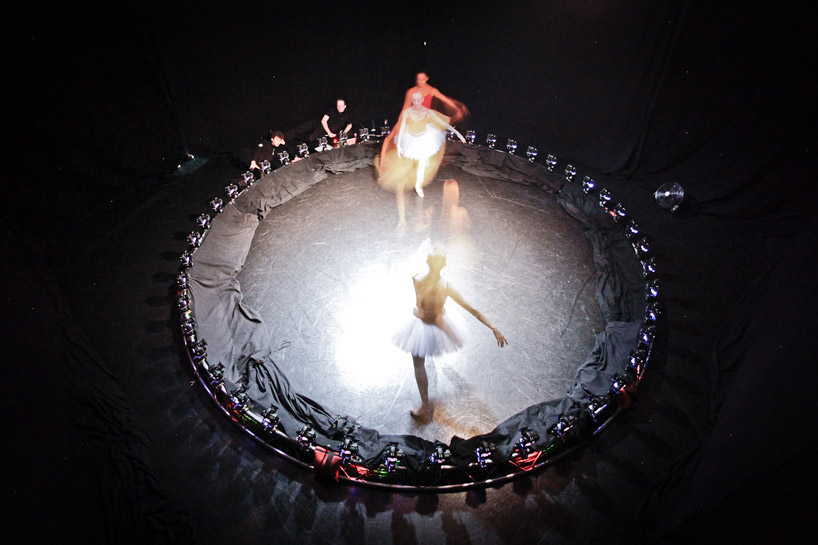 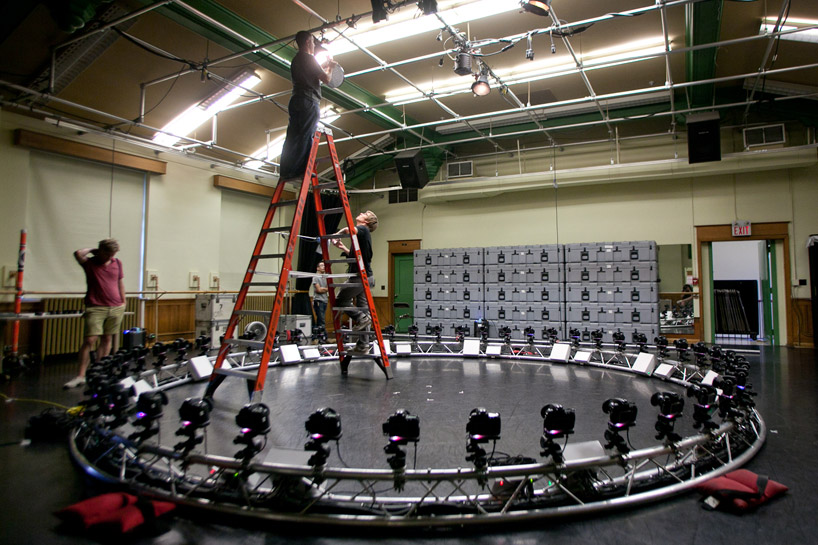 May 17, 2012
sparklers an animated GIF project by ryan enn hughes