following a two-year renovation, venice’s museum of palazzo grimani has reopened its doors to the public during the venice architecture biennale 2021. for the occasion and running until 2022, the museum is exhibiting 20 new greek and roman sculptures of the grimani collection at the restored room of the doge (sala del doge), and a solo show by german artist georg baselitz which results in a successful dialogue between past and present. 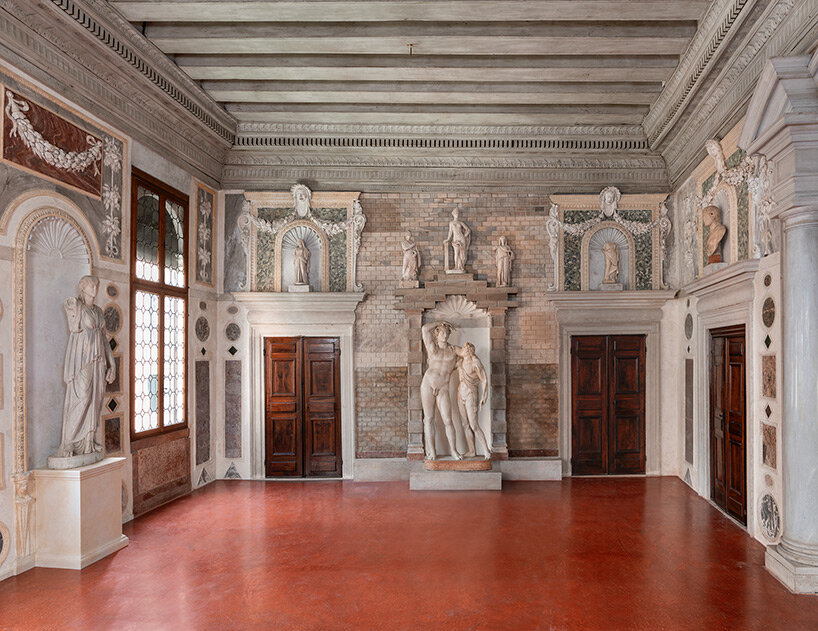 first acquired in 1981 by the ministry of culture, venice’s palazzo grimani di santa maria formosa was turned into a state-run public museum in 2008. ‘for the city of venice, the building represents a much-prized rarity owing to the style of its architecture, which recalls the roman domus and the renaissance models of the papal city, and of its tusco-roman mannerist decorations,’ said curators daniele ferrara e toto bergamo rossi. featuring a medieval structure, the palazzo was bought by the grimani family in the XVI century and served as their private state. the wealthy and learned family transformed its interiors taking cues from classicism and used it to exhibit their massive art collection, while creating a cultural attraction frequented by scholars, artists, and important local and international figures. 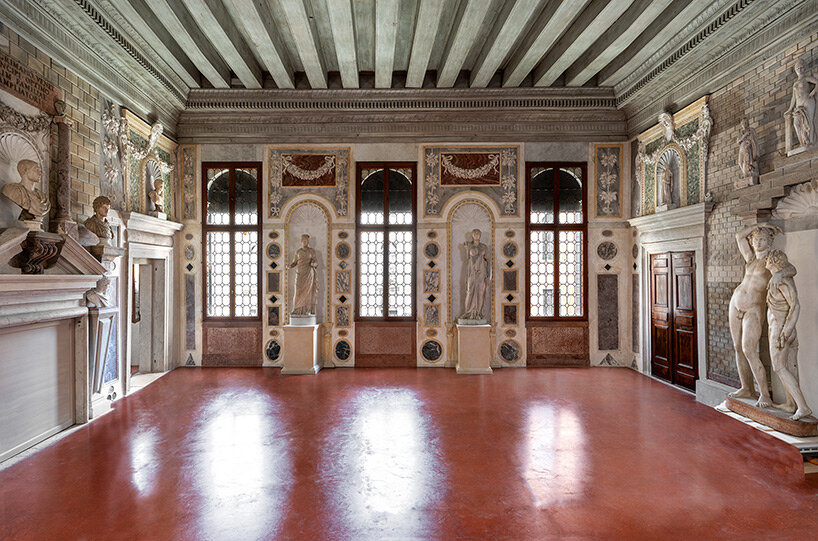 veneto’s regional directorate for museums (direzione regionale musei veneto) and the venetian heritage foundation have joined forces to promote palazzo grimani and its history. in 2019 they presented DOMUS GRIMANI 1594-2019, an exhibition that saw the greek and roman sculptures go back to the tribuna room at the palazzo, probably like giovanni grimani, patriarch of aquileia, would have wanted it. two years later, the renovation project of the room of the doge is the ideal counterpart to the tribuna. decorated with ancient marbles such as yellow alabaster, green serpentine, and red porphyry, the room creates a precious background for the rearranged classical sculptures. 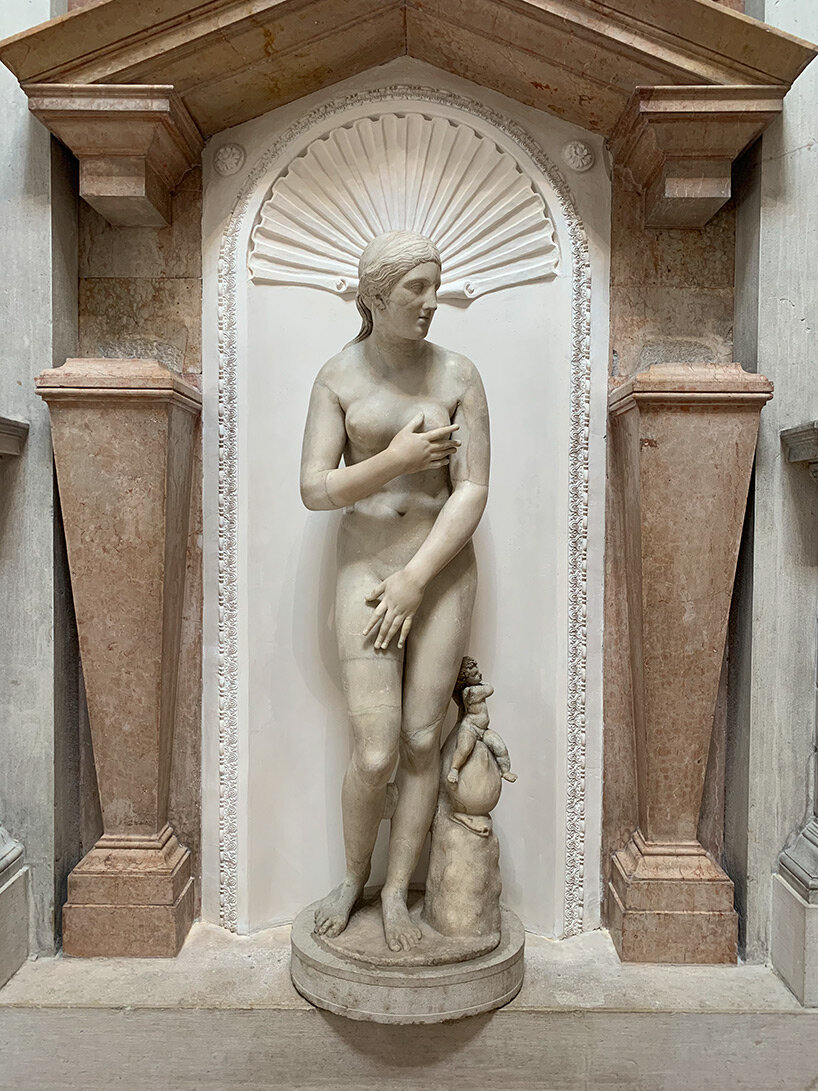 thanks to the detailed study of historical sources, including the inventory of giovanni grimani’s possessions, historical descriptions of the time, as well as late 19th century photographs recently discovered in the library of the national gallery in washington, ferrara and bergamo rossi were able to relocate twenty sculptures inside the room. these include the imperial roman era dionysus leaning on a satyrin on the niche of the front wall. meanwhile, eleven more sculptures have been placed in the adjoining rooms: six in the chapel’s vestibule, one in the camerino di callisto and four in the sala di psiche. 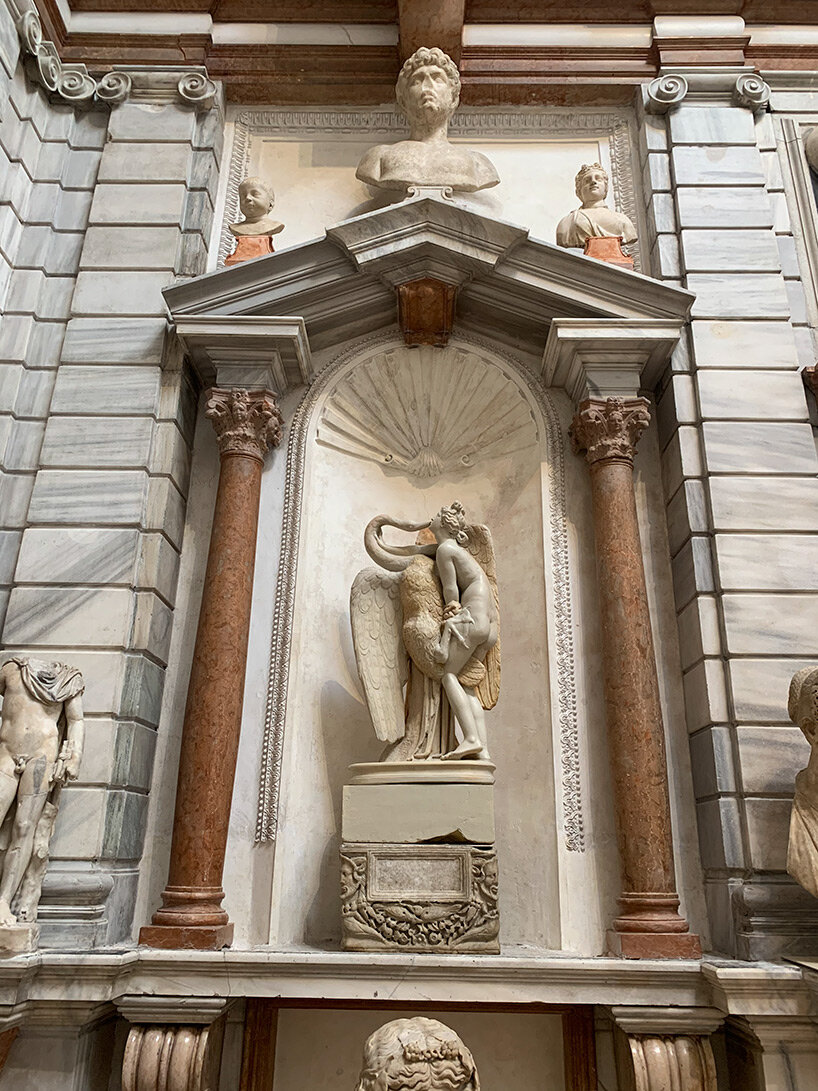 at the same time as the rearrangement of the doge’s room, the museum of palazzo grimani is hosting an exhibition by georg baselitz titled archinto. curated by mario codognato and produced by gagosian in collaboration with venetian heritage, the show takes over the museum’s piano nobile, where twelve paintings made expressly for the sala del portego hang on eighteenth-century stucco framing that used to be occupied by portraits of the grimani family members. 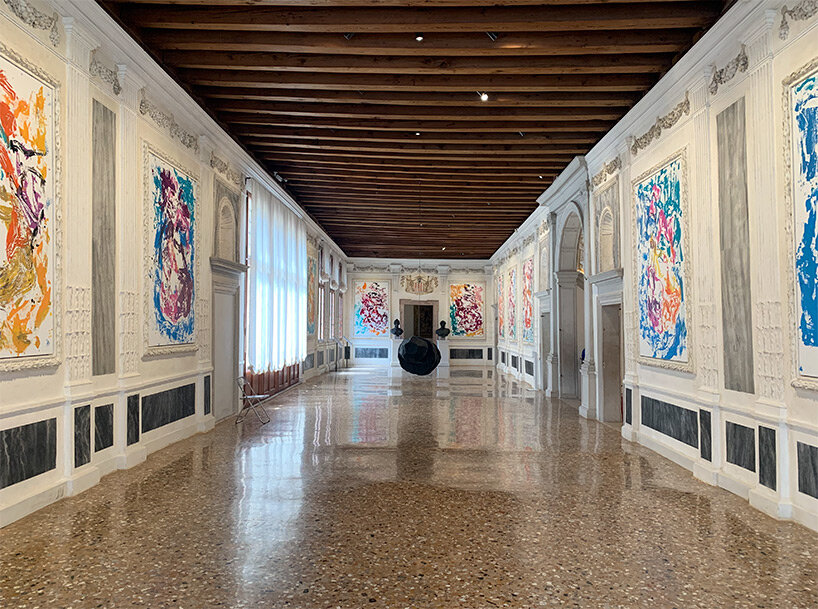 in archinto, baselitz pays homage to venice and its rich artistic tradition, re-establishing historical continuity while marking a rupture between the renaissance portrait tradition and its contemporary equivalents. the title of the exhibition and its works allude to titian’s enigmatic 1558 portrait of a partially veiled cardinal filippo archinto. bringing the old master’s sensibility into a present – day context, baselitz’s spectral paintings continue his exploration of printmaking techniques and allude to the perennial artistic theme of human mortality. 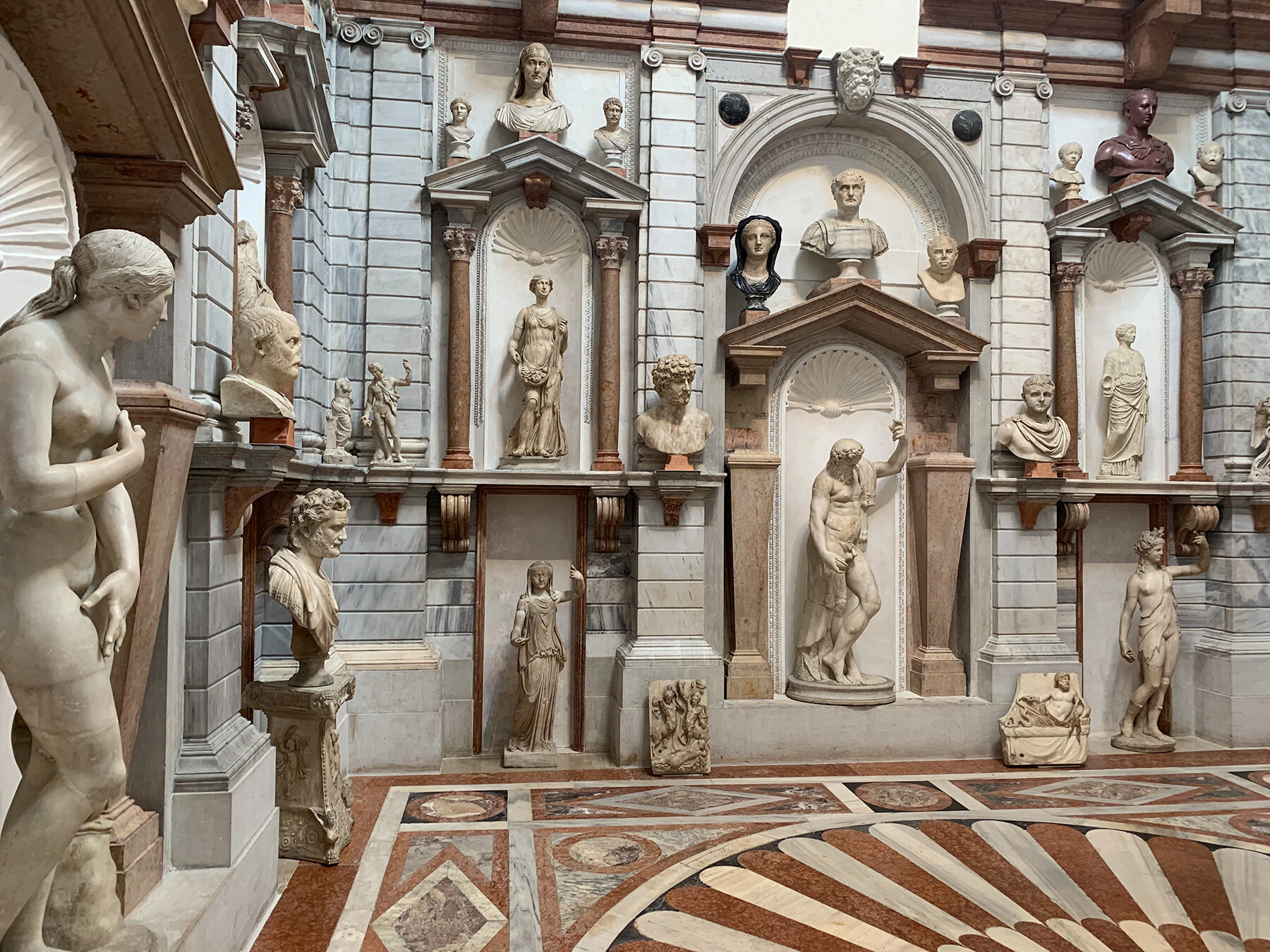 in a highly unusual commitment, these works will remain on long-term loan to the museum from the artist. this is the first time that such an intervention by a contemporary artist has occurred in a state museum in venice to date. 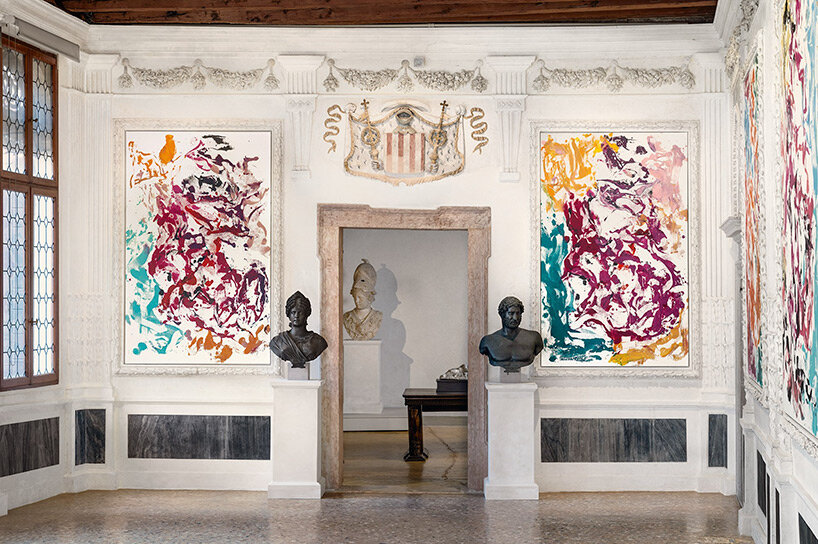 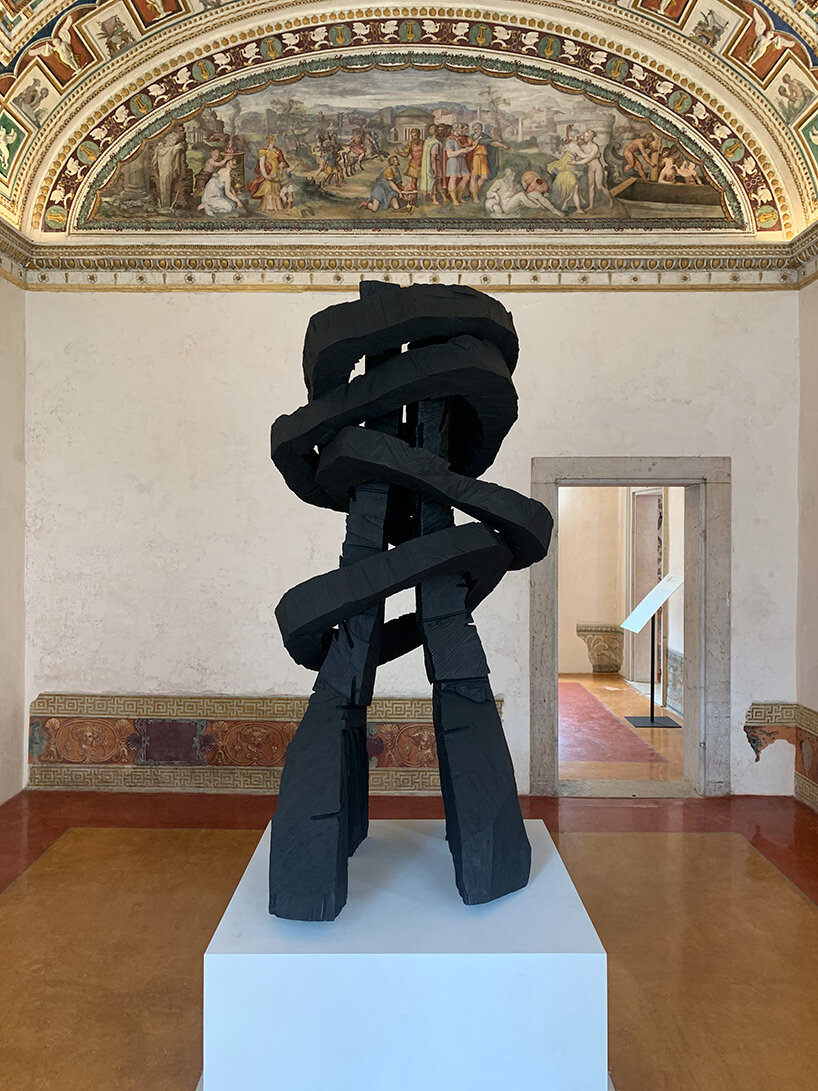 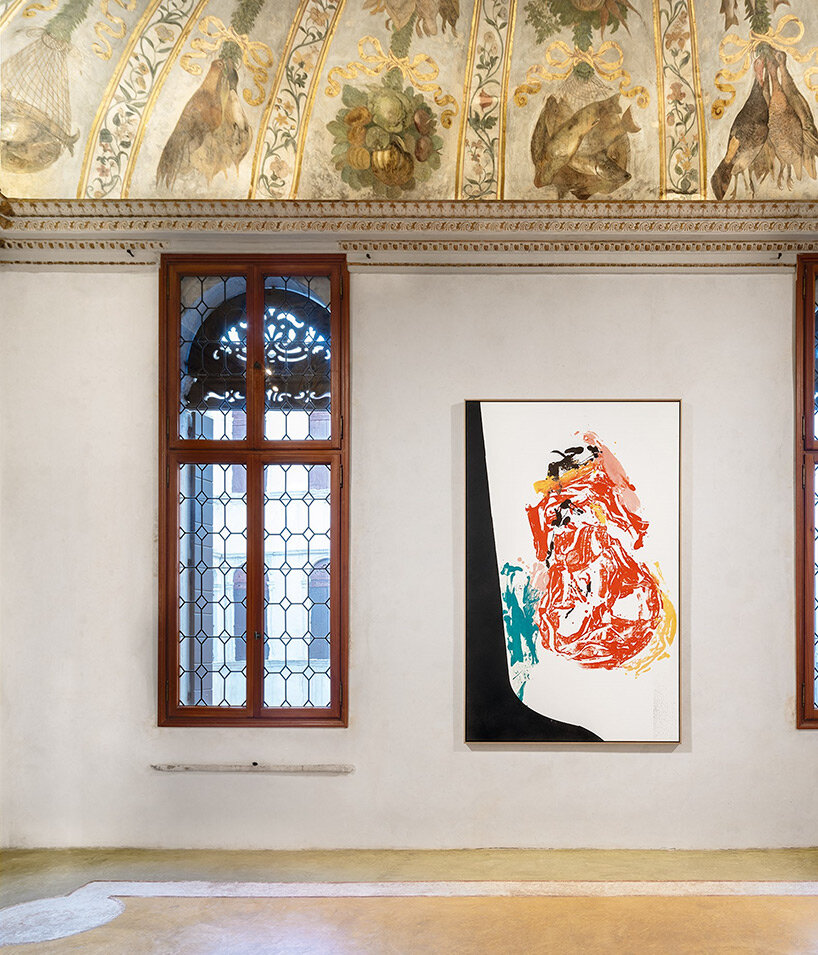 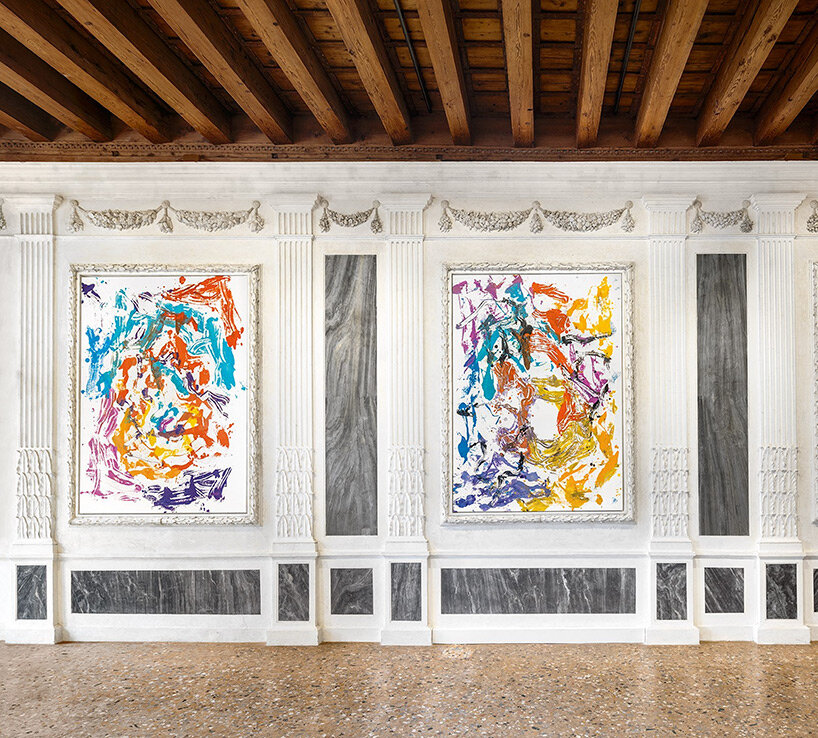 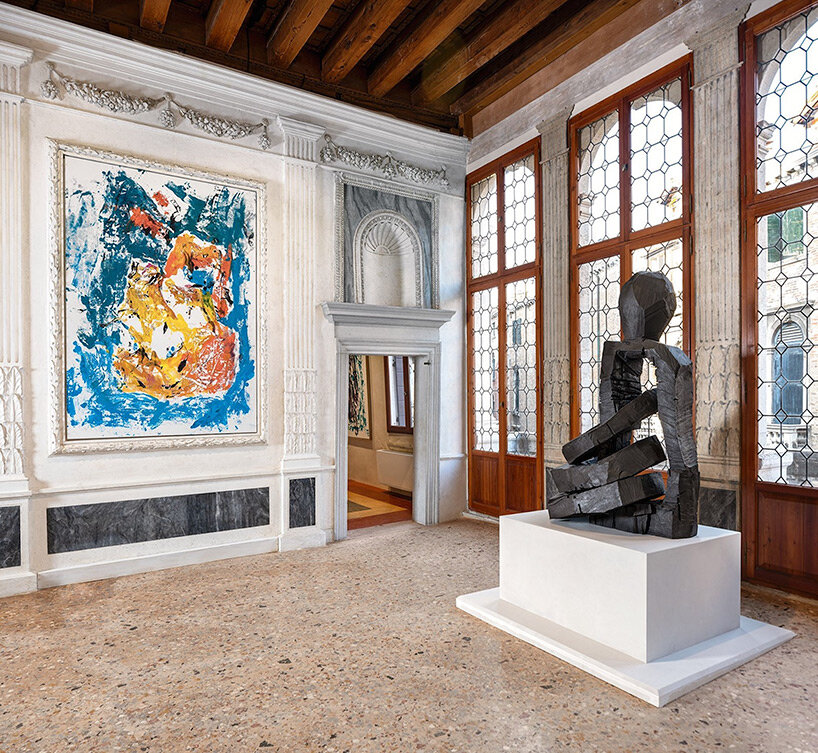 name: domus grimani. the room of the doge

museum: palazzo grimani
curated by: daniele ferrara, director of veneto’s regional directorate for museums, and toto bergamo rossi, director of venetian heritage
produced by: civita tre venezie
financed by: venetian heritage and the ministry of culture
in collaboration with: gagosian, the cologni foundation for the métiers d’art, fondazione violetta caprotti, helen frankenthaler foundation, michelangelo foundation
with the support of: many donors

produced by: gagosian and venetian heritage