herrera discusses the importance of movement in her artwork:

‘this series of works comes out on my experience with nature and the discovery process I have had in relation with the world in its real form. through the work I analyze the movement in the relation to object-space.

the birds provide me with a quantity of information manifested in their activities and dynamism. this new space is externalized by my point of view on some major events of the birds and their environment, in which behaviors are represented, forms, qualities and intentions – all related with movement.’ the works are meticulously crafted from paper 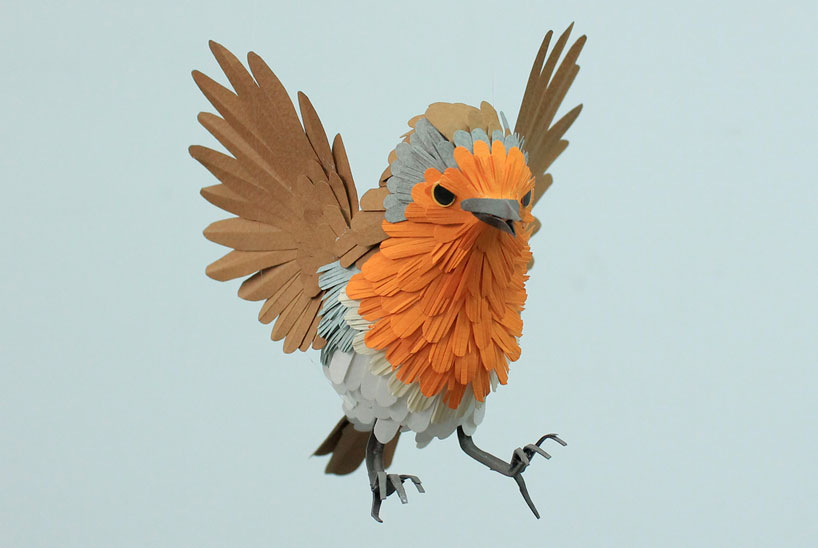 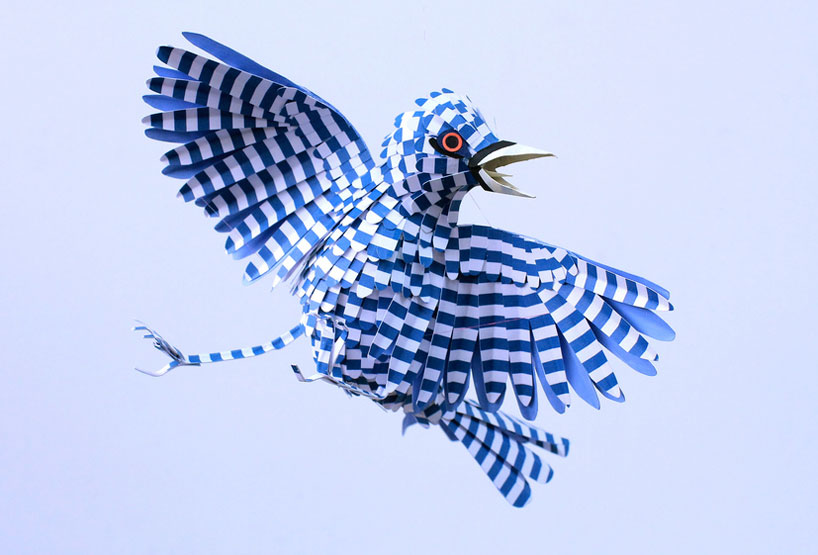 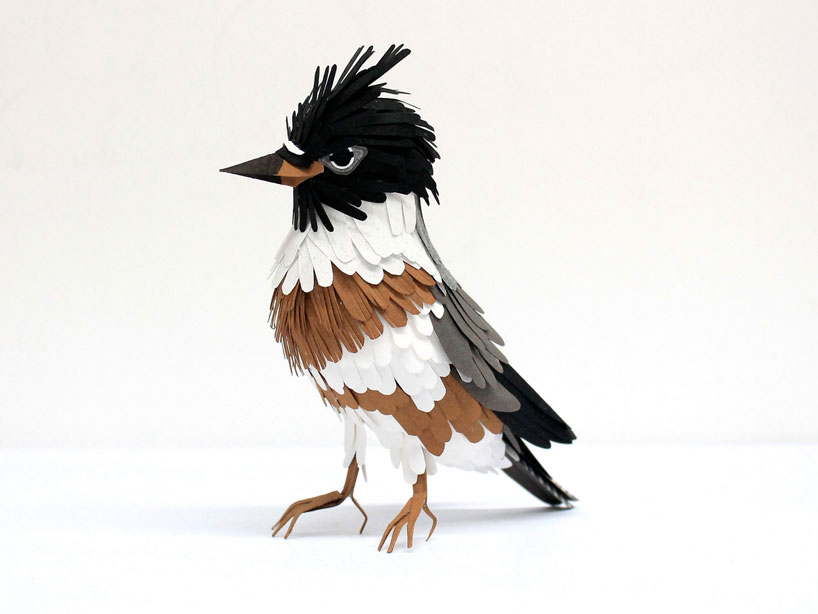 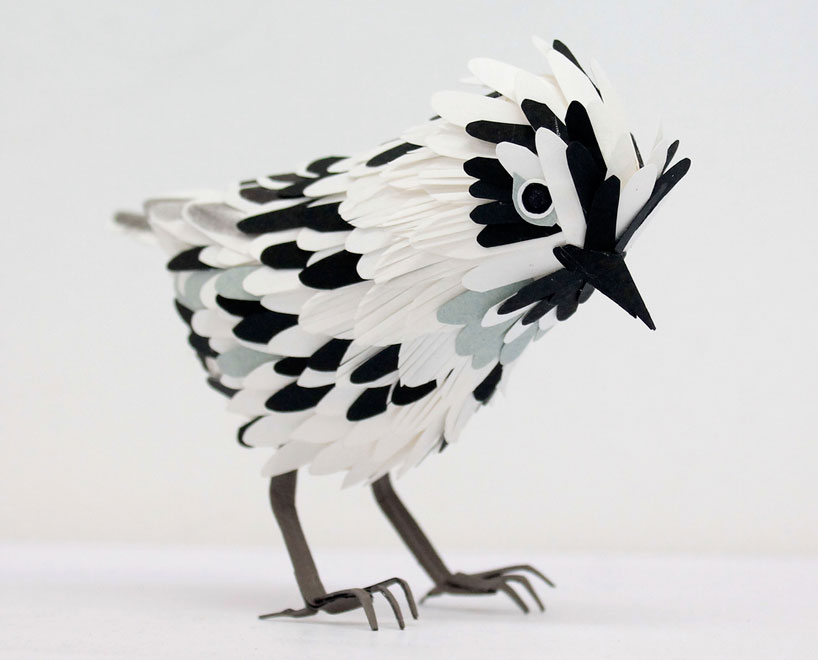 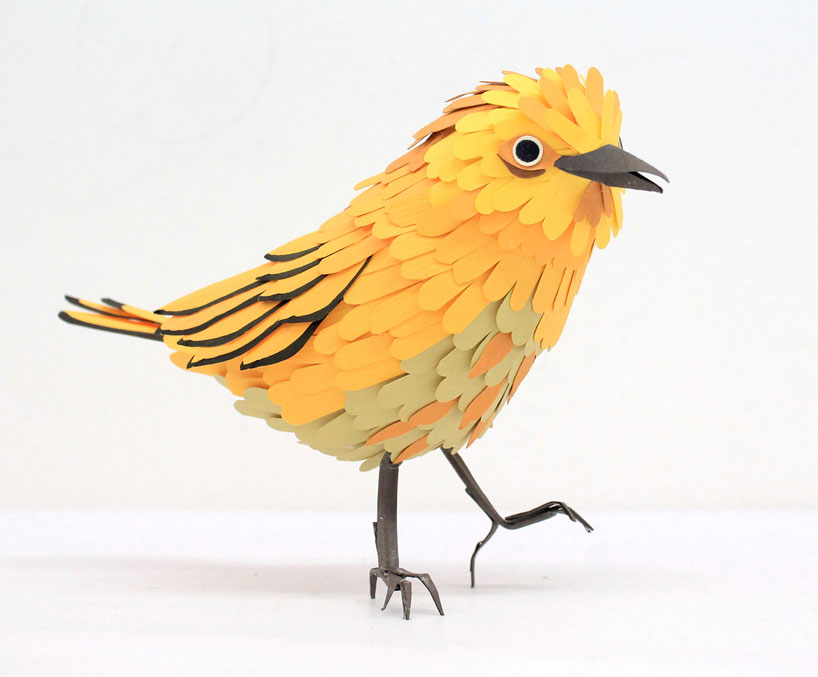 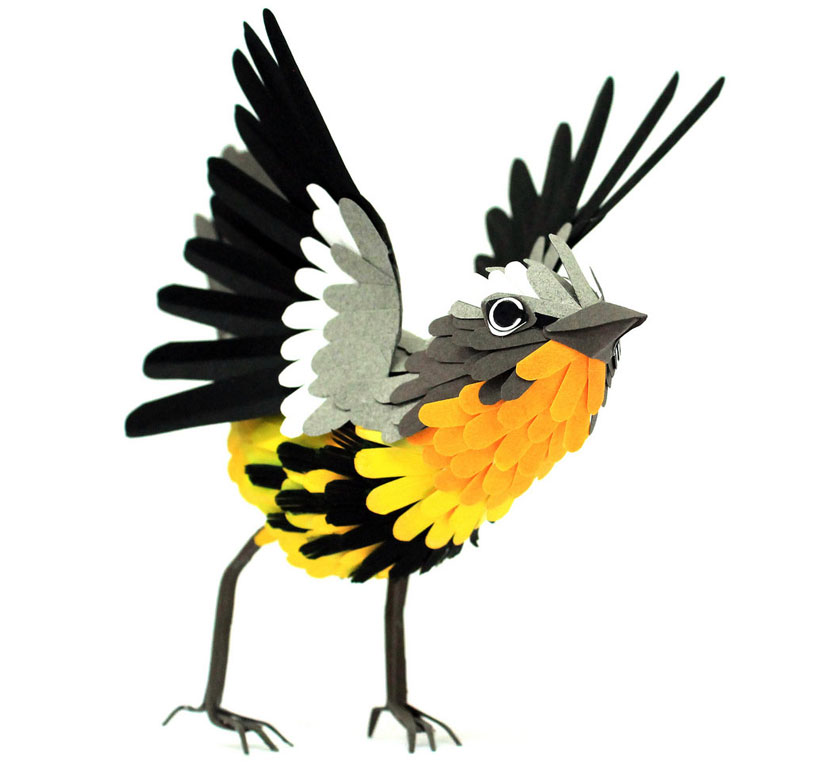 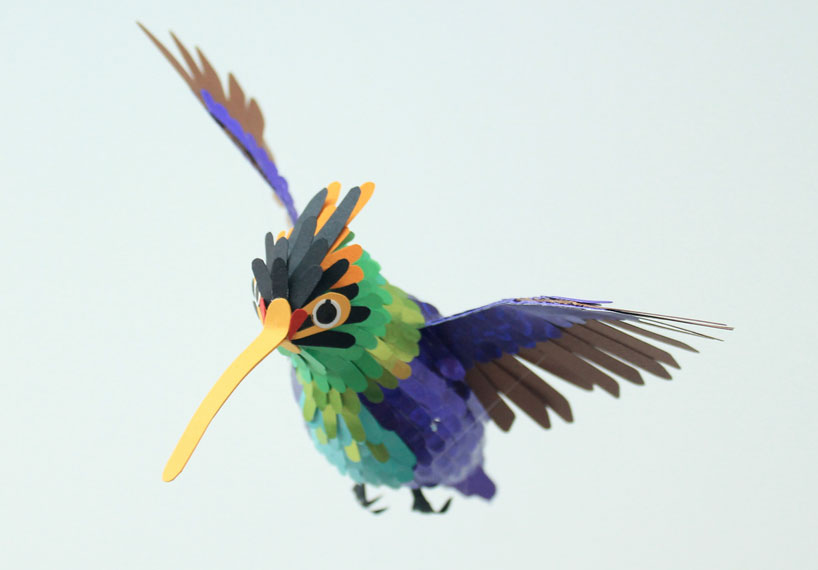