proposed by architecture studio paradigma:ariadné and artist collective technologie und das unheimliche (T+U), this project reimagines the biggest sport complex of warsaw, poland, through utopic visions of ephemeral structures. more broadly, the purpose is to recover the aesthetic transmissions in eastern and central europe after the drastic change in regime. by doing so, the duo attempts to find beauty in the tactical spatial practices fed by optimistic capitalism and free entrepreneurship. 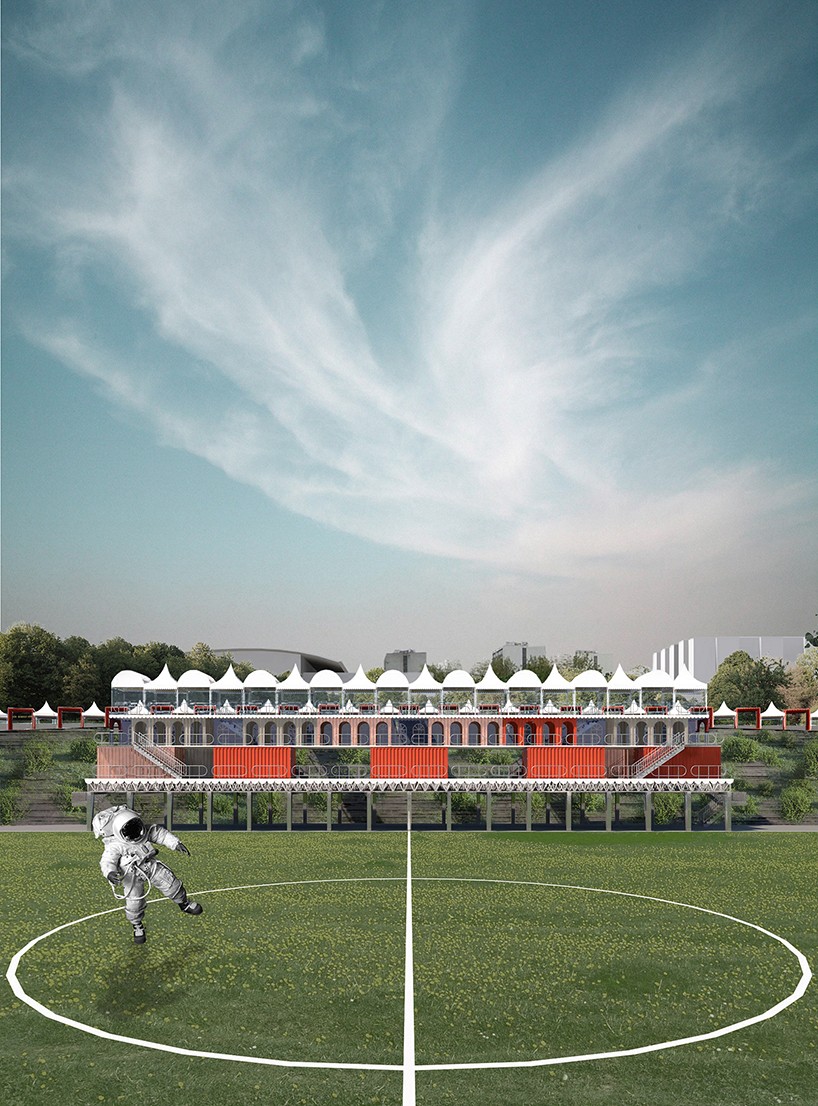 view from the football field

paradigma:ariadné and technologie und das unheimliche developed their vision for the warzsawianka-rewitalizacja competition, specifically focusing on the the territory of the warszawianka sports complex and park. the space is a typical example of late modernism emerging after world war II, in which the landscape is an ideal while the architecture is a plotting board of artistic autonomy. as a result, the site became intangible and atemporal just by looking at its archived blueprints and photographs — and because of that, architectural mummification is an unfortunate possibility. hence, warzsawianka is a parable of a past or a never existed future; a scene where the landscape decomposes into nature. 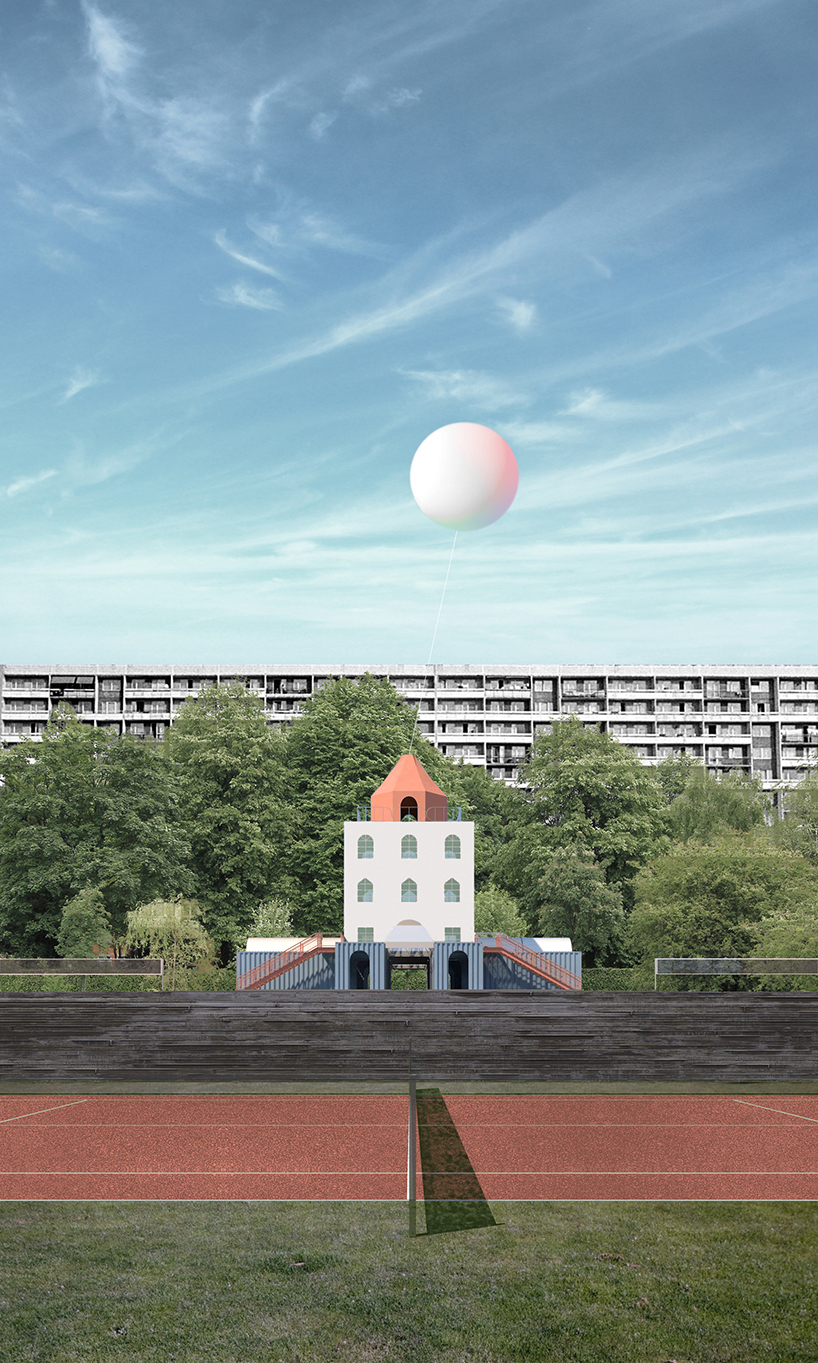 visual concept of the coffee shop and gallery

between the opening of the centre and the post-socialist transition, political, economic and natural factors shattered the unique composition of warszawianka. with the rise of capitalism, the vision of a post-war era was converted into a materialistic one where entrepreneurial euphoria took over and tried to make habitable this ‘composed uninhabitability’. in the end, a randomized collage of architectural formations invaded the ‘capitalist wilderness’ with viacolor paving stones, beer umbrellas and climatized shipping containers equipped with public utilities. they are all ephemeral traces of confusion and lack of ideas caused by free entrepreneurial spirit — creating parasitic and rather unmanageable qualities. accelerated by the totality of the late market economy, they cannot be bypassed — just as the totality of the capitalist system cannot be circumvented. 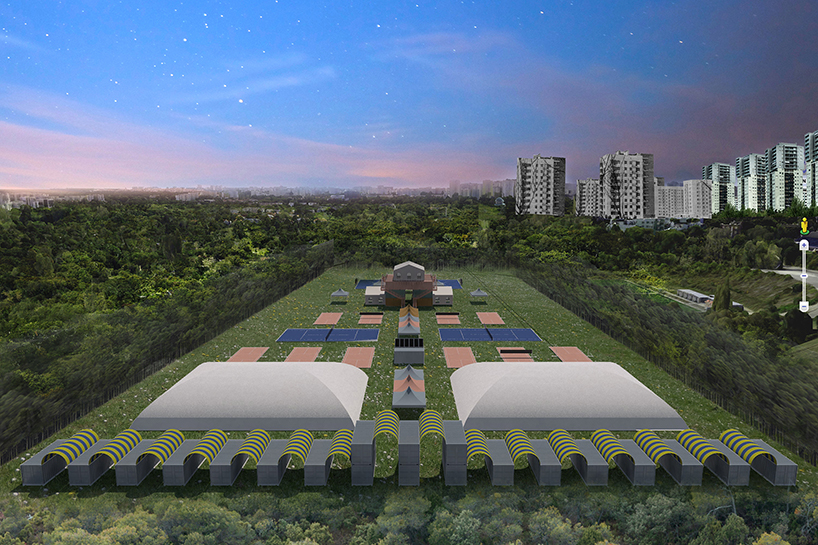 the dressing rooms and sport centre

therefore, the main goal is to rearrange this heterogeneous proliferation into a ‘meta-architectural landscape’ that is able to offer operating infrastructures and aesthetic systems. the latter do not delete the traces of ‘archeological oblivion’, but rather adapt to them. accordingly, the basis of the plan is to reframe the sport areas and recreational activities by using existing feature that are dominating the territory. the basic architectural tools for buildings, facilities and public spaces would be event tents, inflated structures, shipping containers, plastic modular traffic guidance signs, sun umbrellas, different surface materials and ‘viacolor’ paving stones. in parallel, these elements would be joined by a complex redesign of warszawianka’s visual identity by exploiting the ‘corporate aesthetics’ of construction companies. 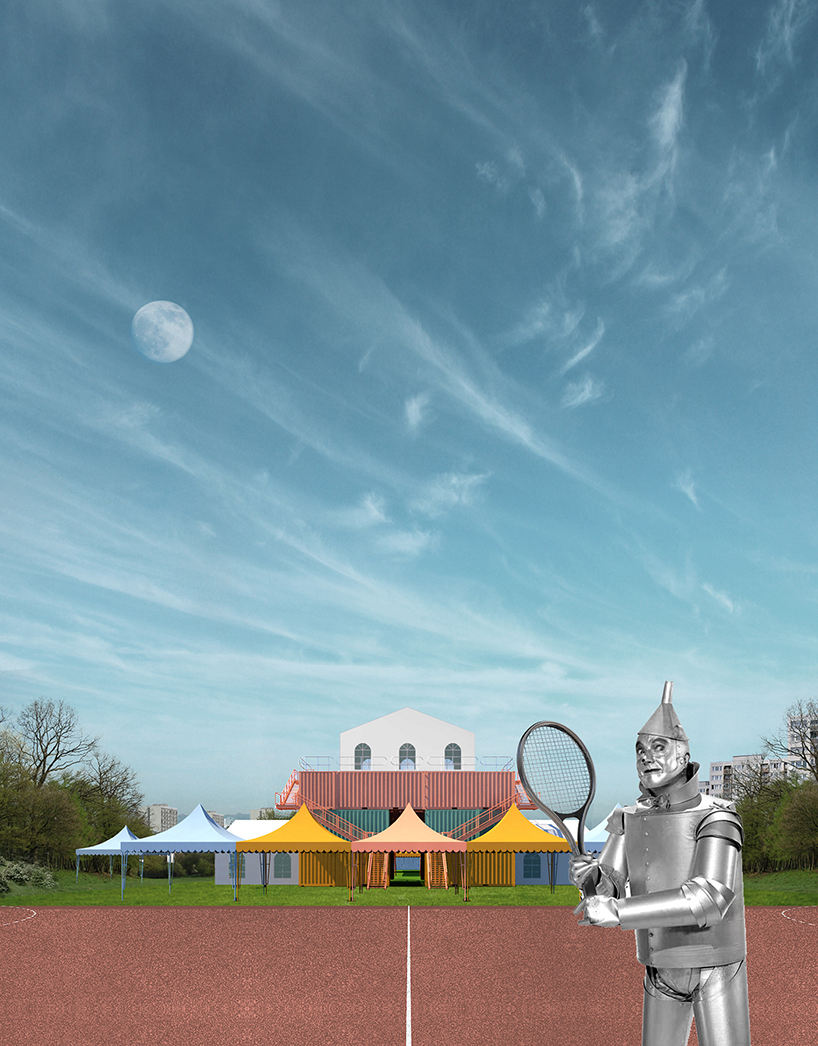 view from the tennis court

in this proposal, the proliferation of nature would still prevail but it no longer becomes just a raw material of landscape design. rather, it presents itself as an architectural element with autonomous spatial quality and spontaneous formations. in the proposal plans, the programmed zones would mingle with this natural context and create ‘new compositions’. pedestrian traffic would be organized on the promenades made out of ‘viacolor’ pavements that sprawl between artificial ‘glades’ or clearings. the tiling would be surrounded by compositions of bushes, trees and green fields that will completely eliminate the modernist notion of function. 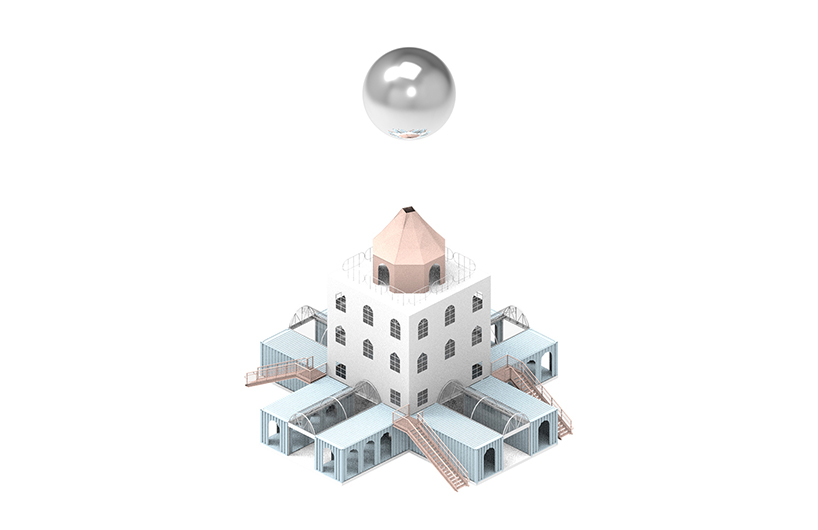 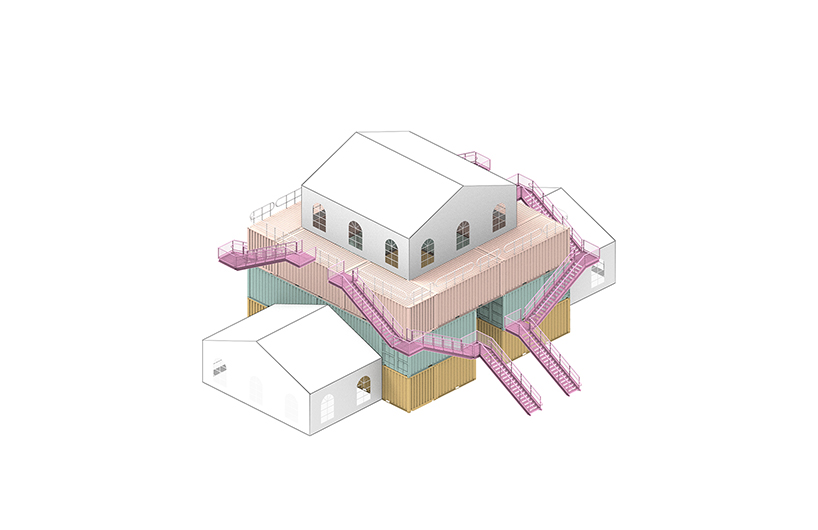 building with dressing rooms of the sport centre 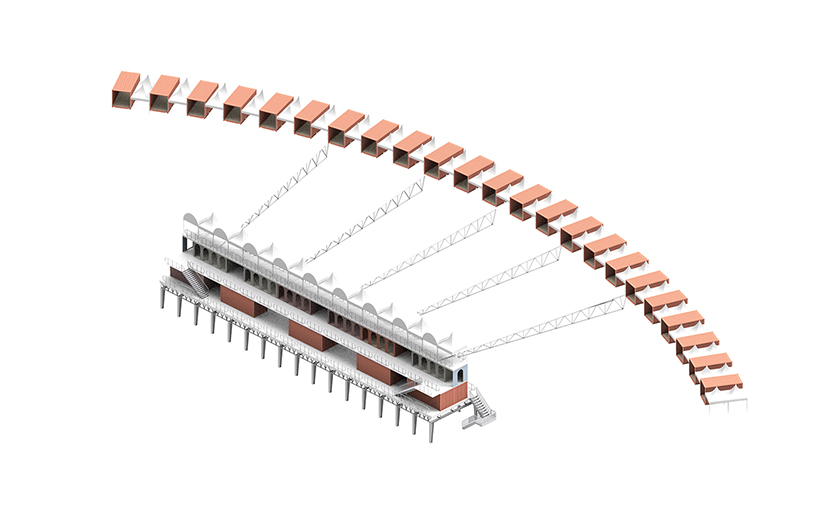 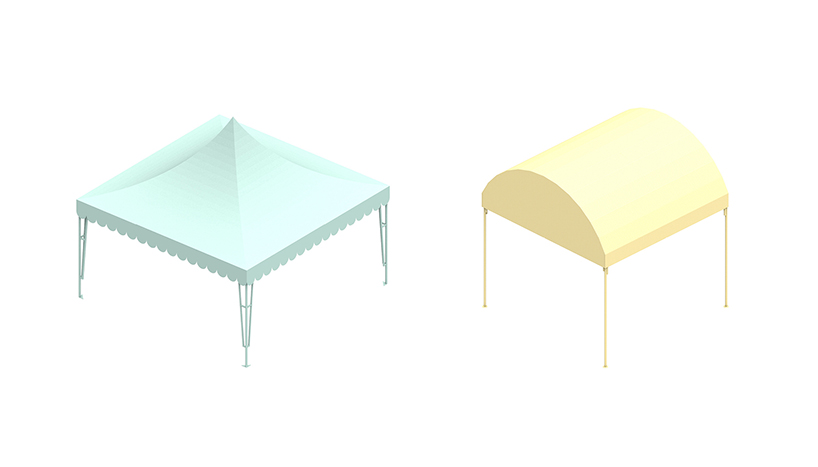 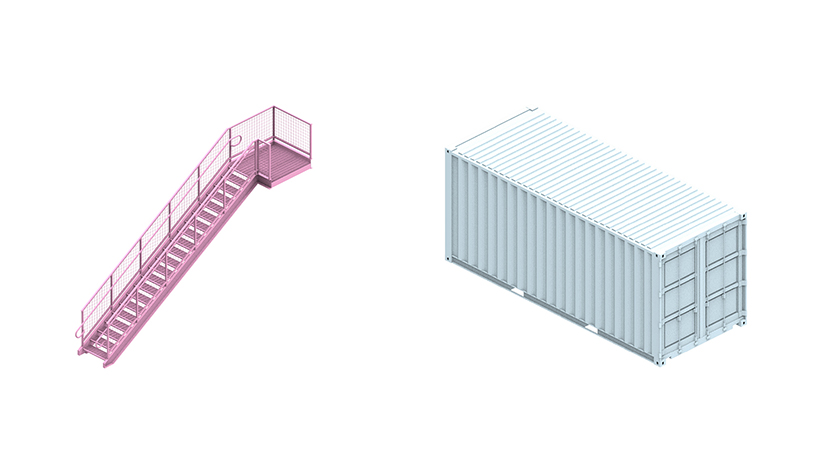 shipping containers and staircases as facilities 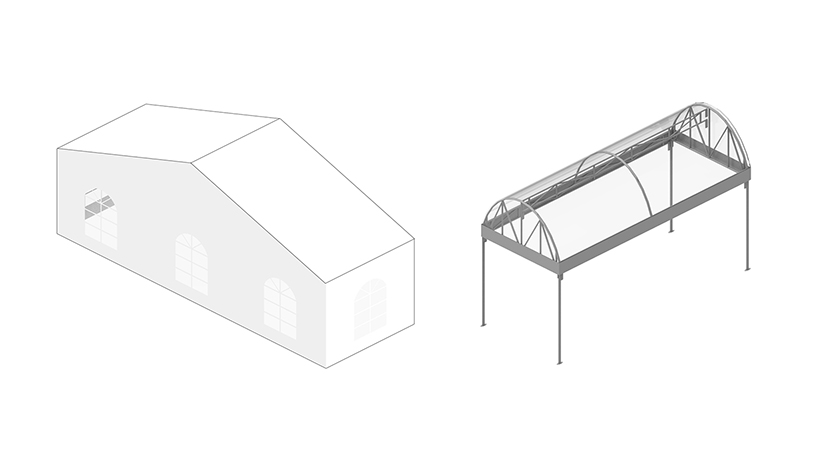 elements used as building blocks during the design process


designboom has received this project from our ‘DIY submissions‘ feature, where we welcome our readers to submit their own work for publication. see more project submissions from our readers here. 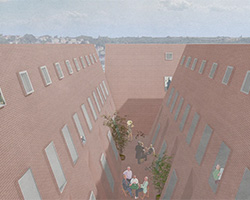 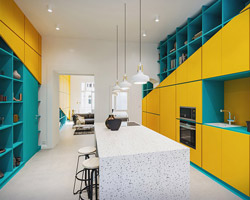 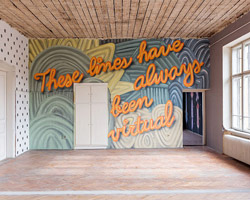