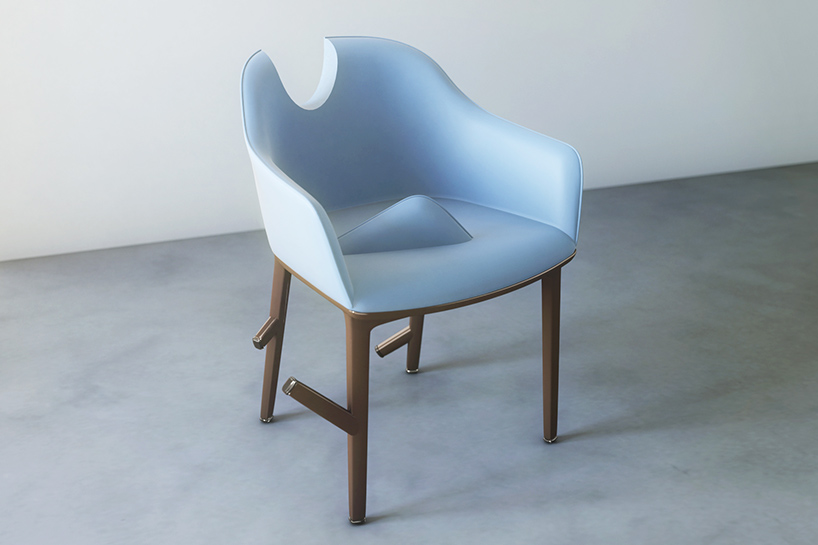 for ‘uncomfortable’, letarnec turns the aesthetically pleasing into the absurdly impractical, manipulating the key characteristics of some of the world’s most recognizable design objects. jean prouvé’s ‘standard SP’ chair is missing half of one of its legs, while the surface of his ‘guéridon’ table slopes on a steep, skewed angle. wooden posts protrude from hee welling and HAY’s ordinarily-cozy lounge sofa. similarly, ronan and erwan bouroullec’s ‘softshell chair’ has a fin-shaped appendix protruding from its seat, making sitting quite an awkward and uncomfortable encounter… 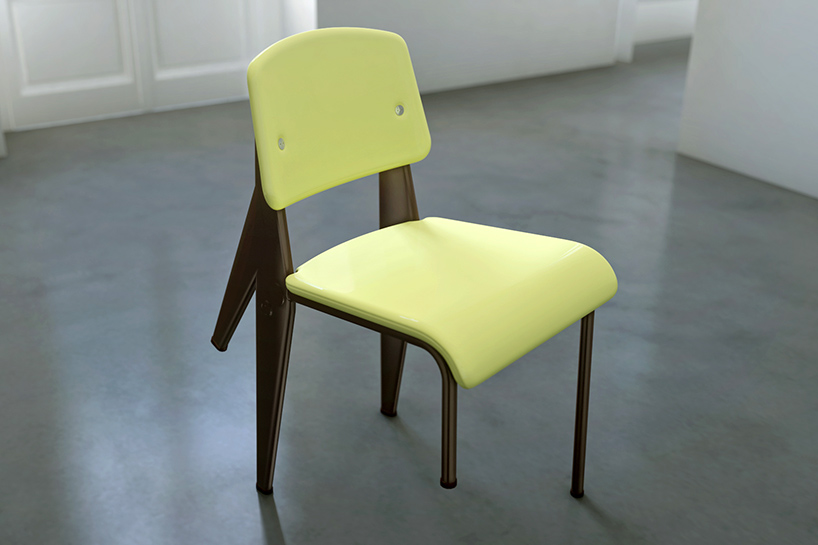 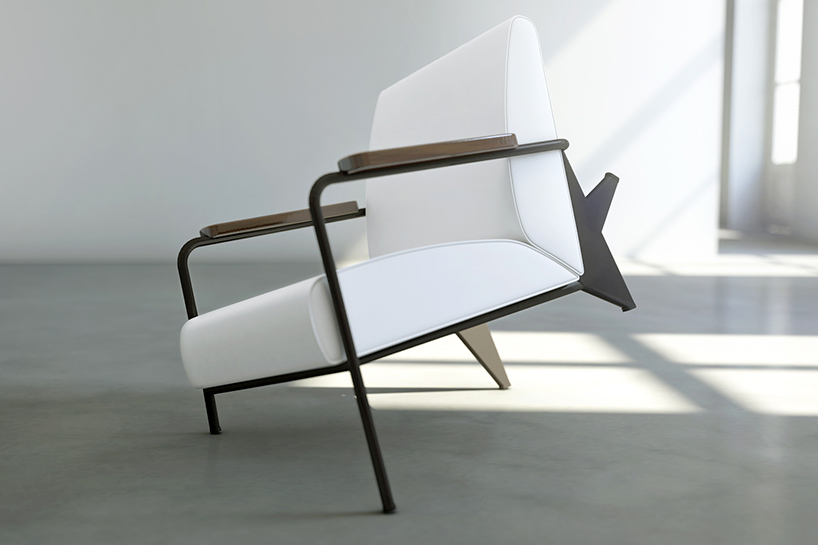 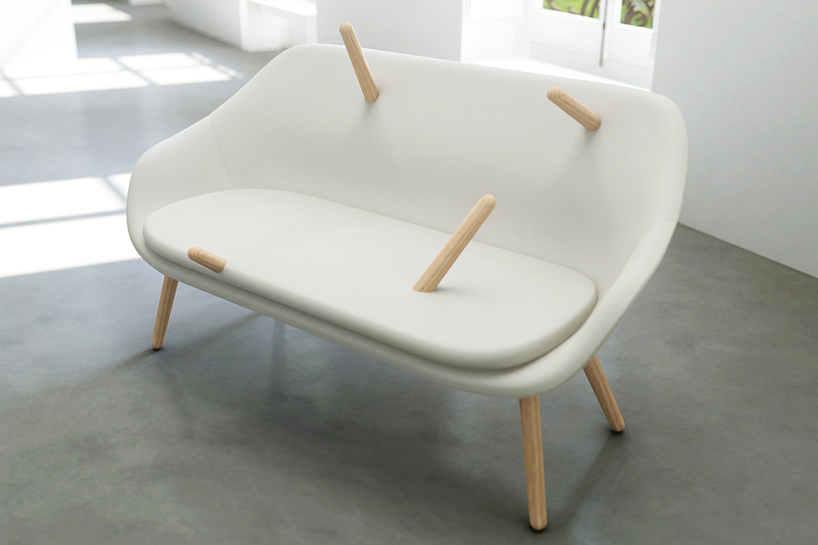 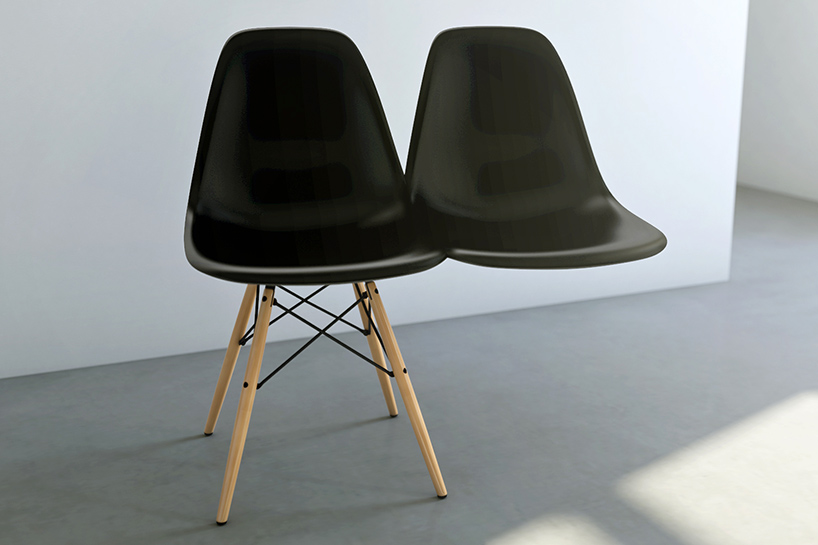 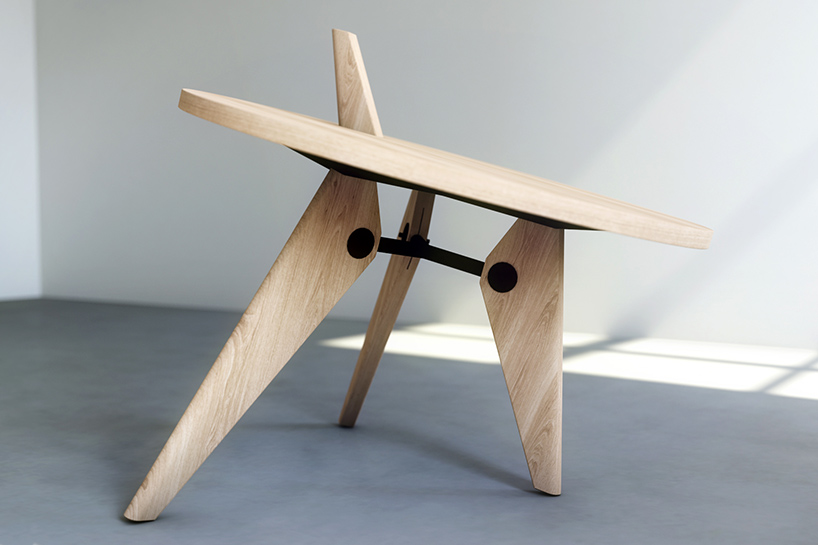 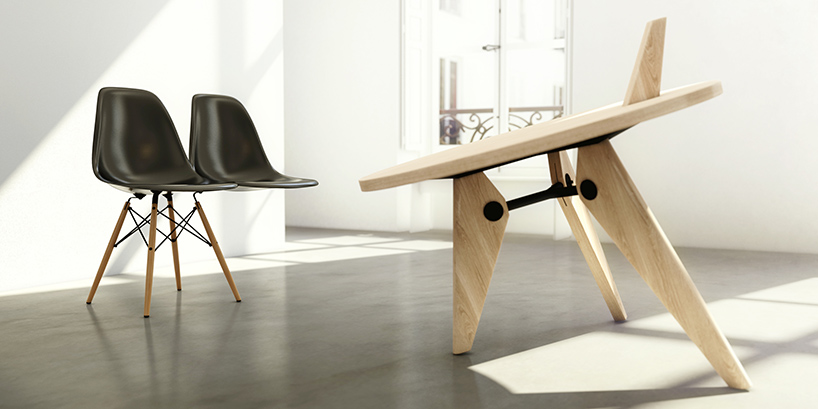 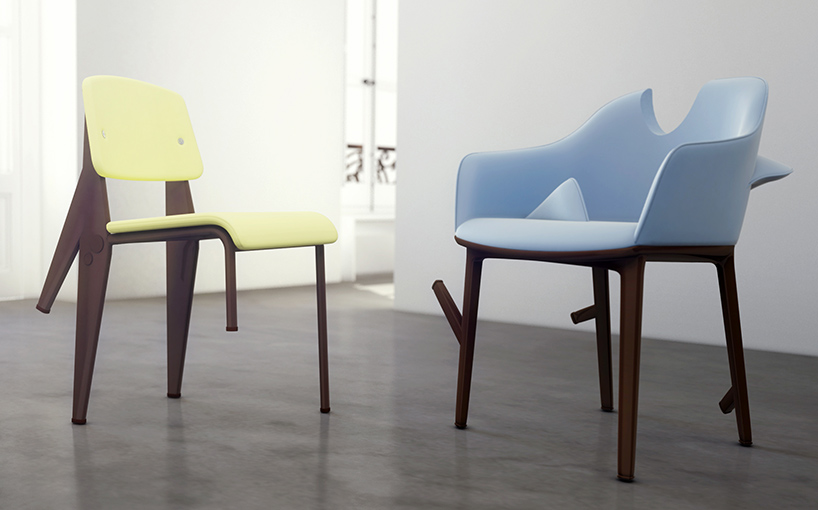 May 10, 2021
virgin mary. supermarkets. popcorn: miles aldridge on his cinematic and chromatic tableaus
designboom spoke with the british artist and photographer about his cinematic heroes, the magic of film photography, and slowing down the image making process.
art
163 shares
connections: +280