singapore-based graphic designer siang ching of pattern matters has designed a 12-month interactive calendar series made from paper. each month includes a playful tactile feature — pull-out tabs, circulating cogs, winding wheels, and rotating disks — that the user can toggle, pivot, whirl, and twirl, creating a kaleidoscopic effect. the physical elements coincide with practical time-telling information. as the user moves the parts around, the current date lines up with the day of the week, the course of the lunar cycle, and the number of days it is from the start of the year. all of this information has been worked into a visually riveting and engaging calendar set. the kinetic time trackers have each been handcrafted from pieces of colored paper. 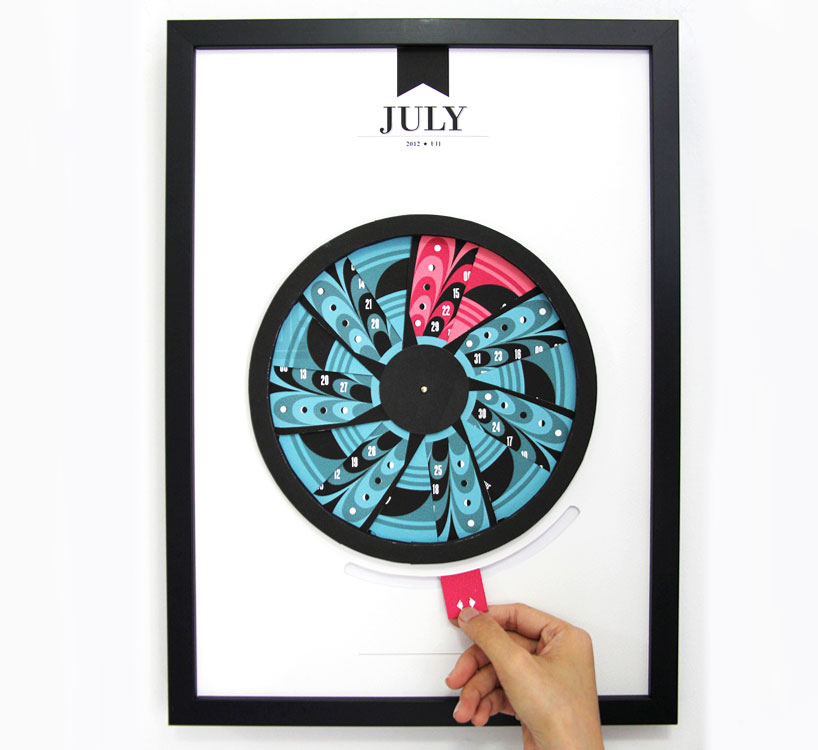 details of the july calendar 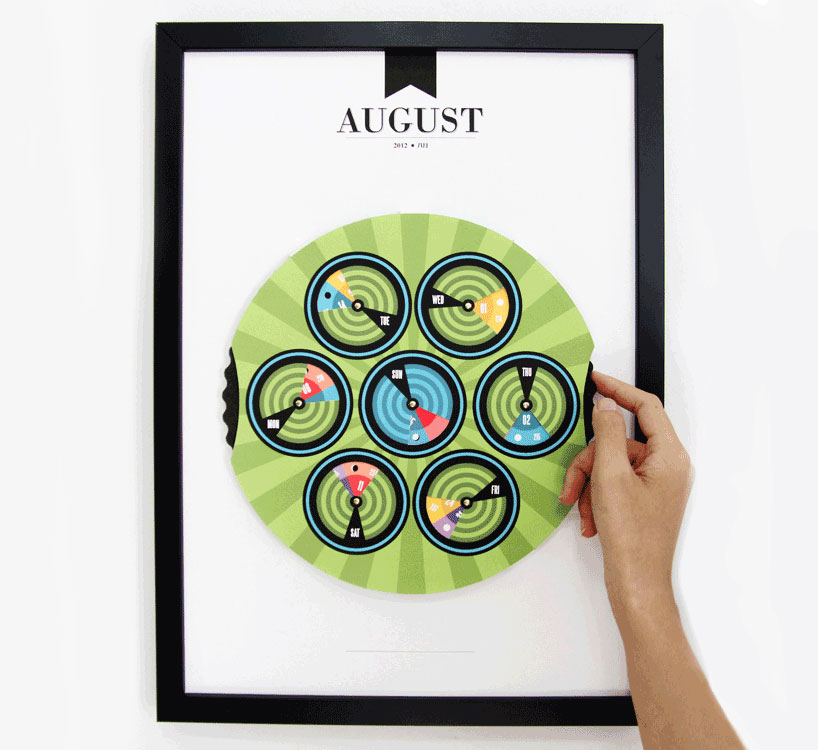 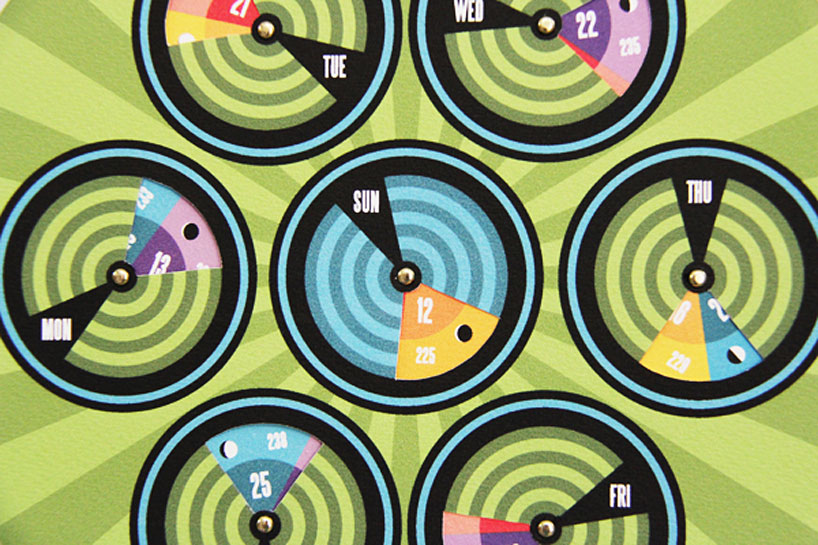 detail of the august calendar 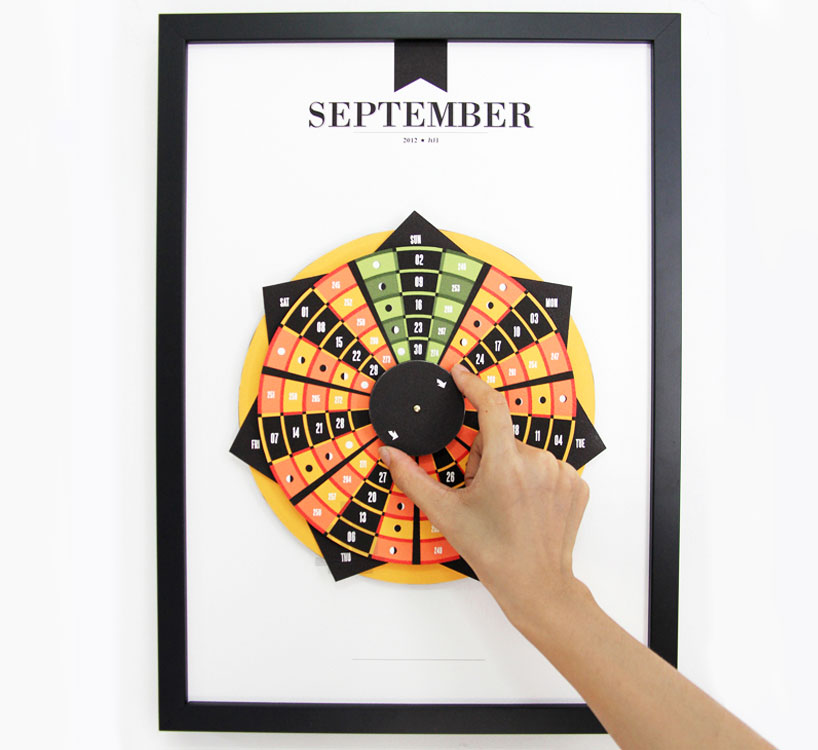 the september calendar has a spinning disk in the midde, which rotates all the outer panels 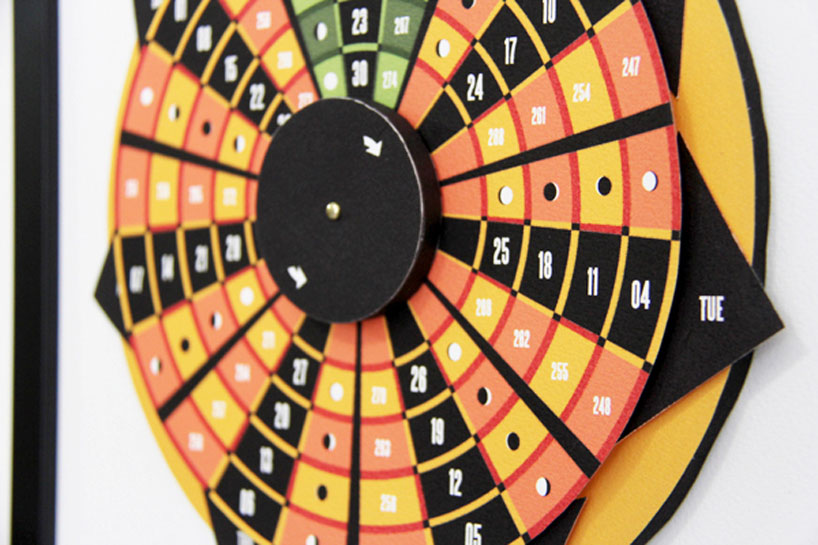 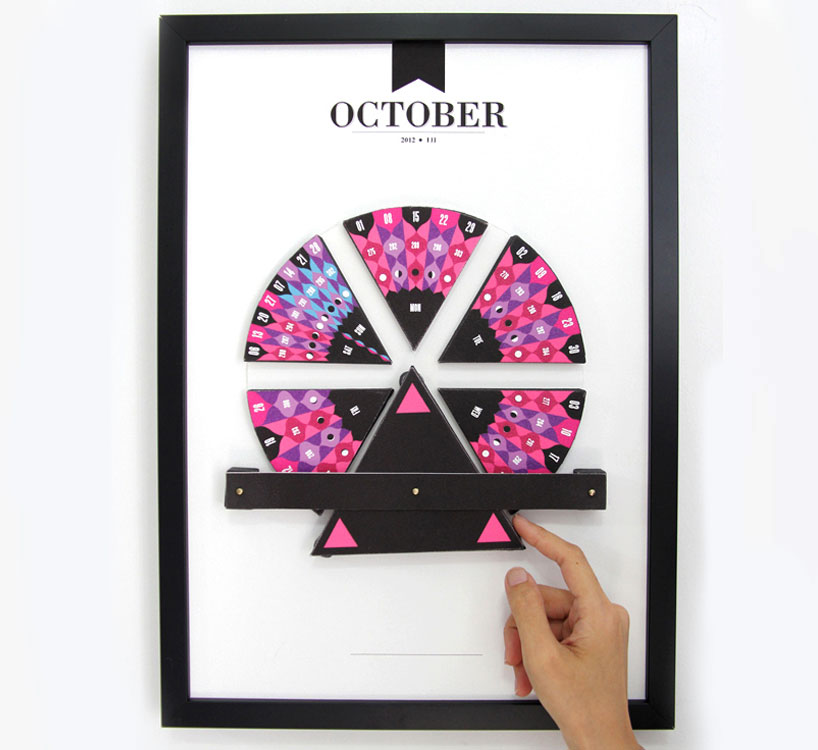 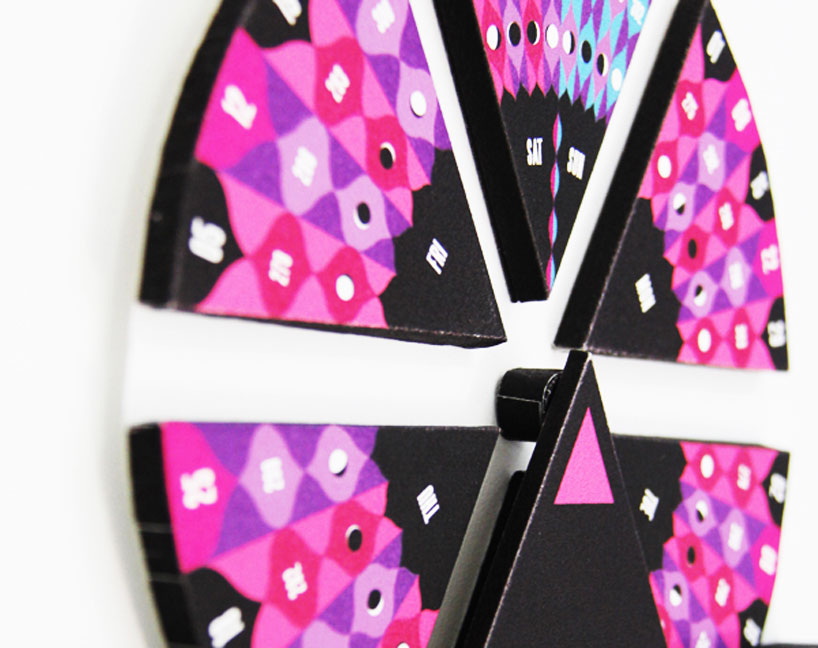 a detail of the october calendar 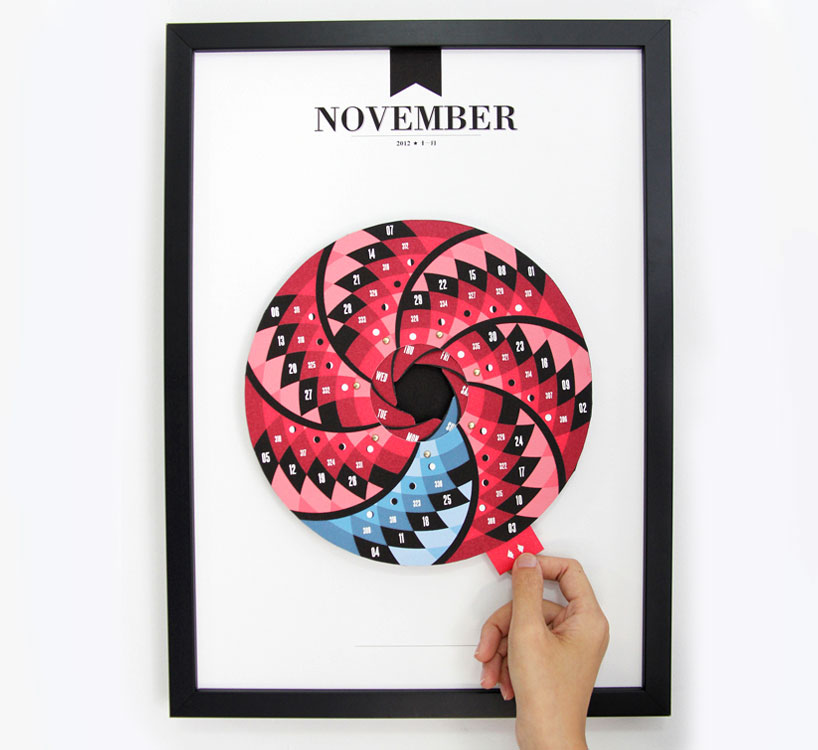 the november calendar has a swinging tab 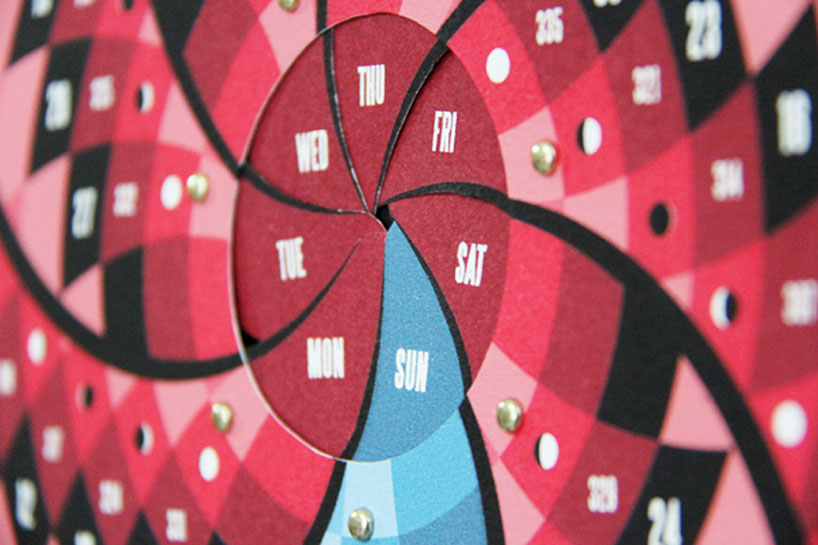 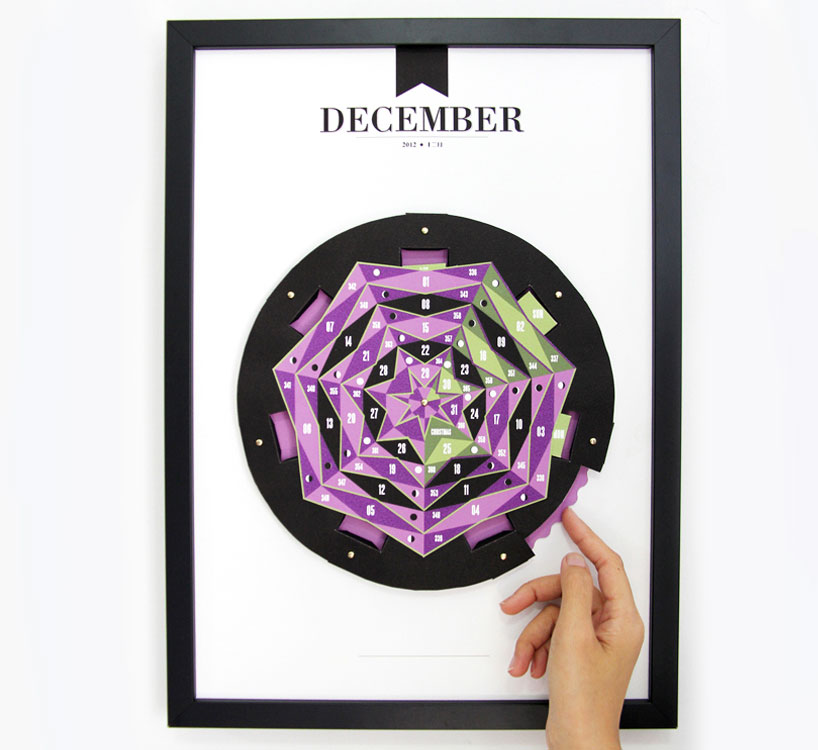 december calendar has a spinning disk, which sends all of the paper parts in at the front into a spiraling maze 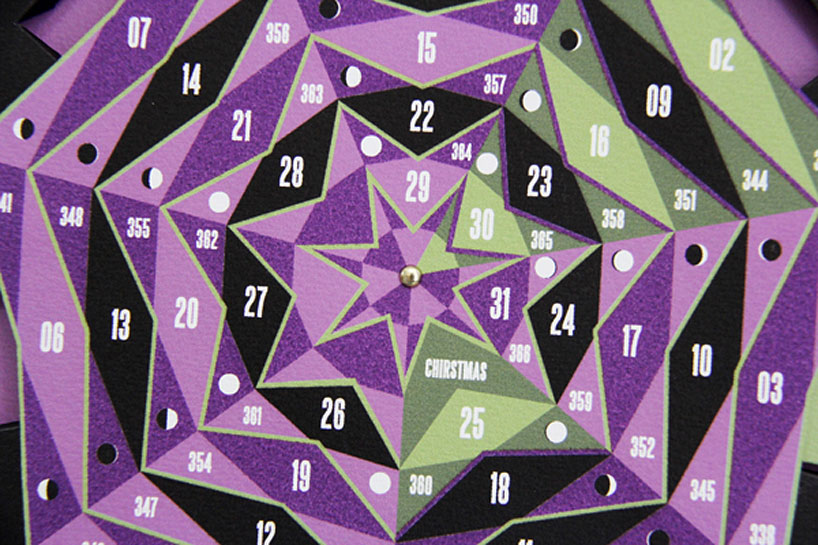 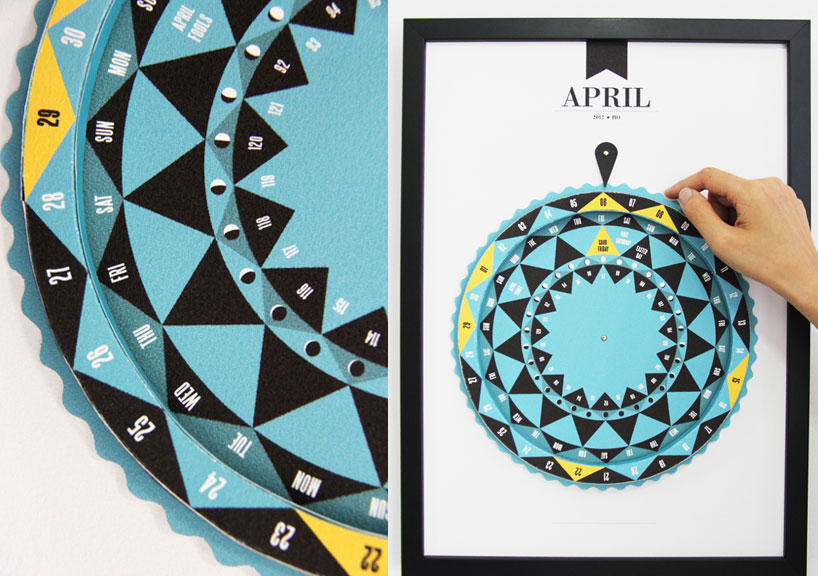 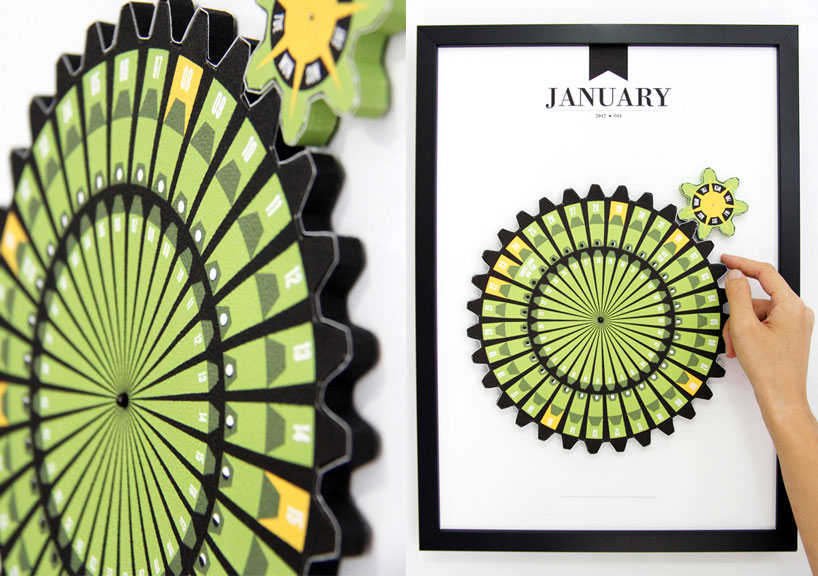 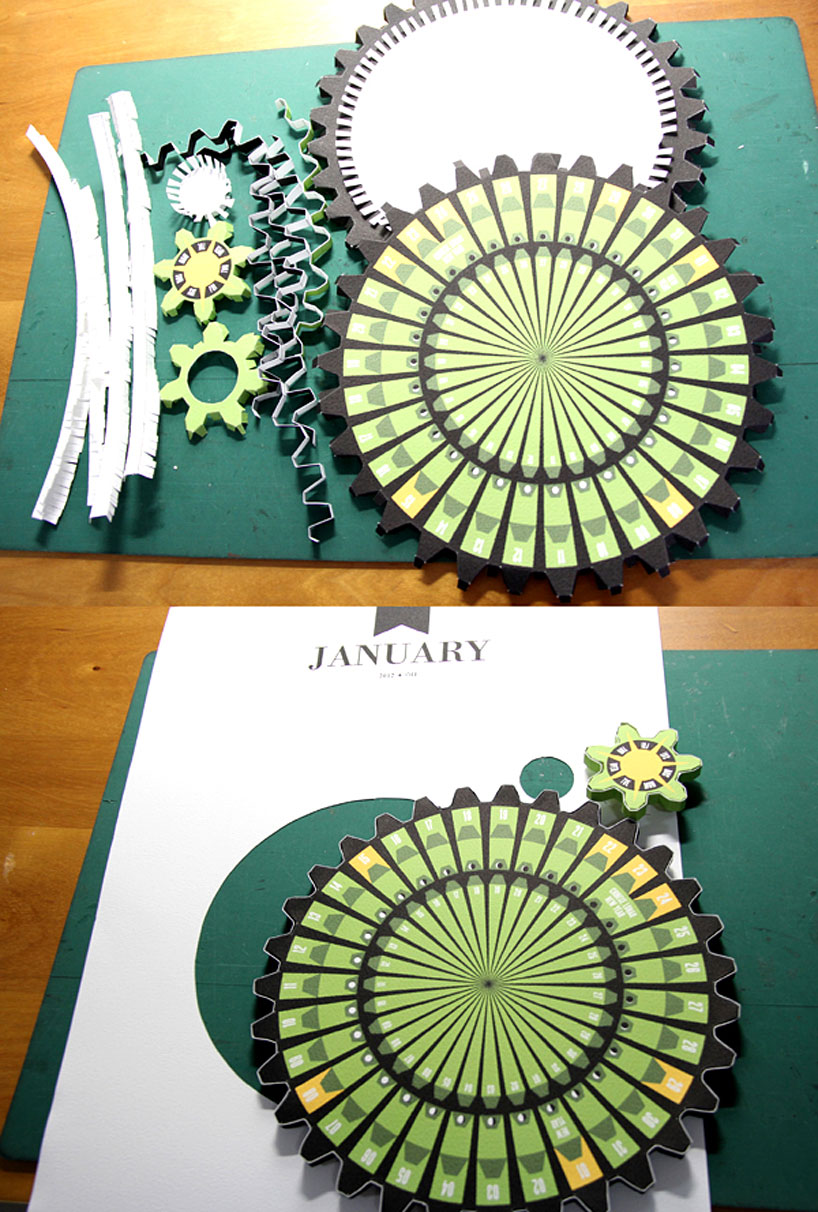 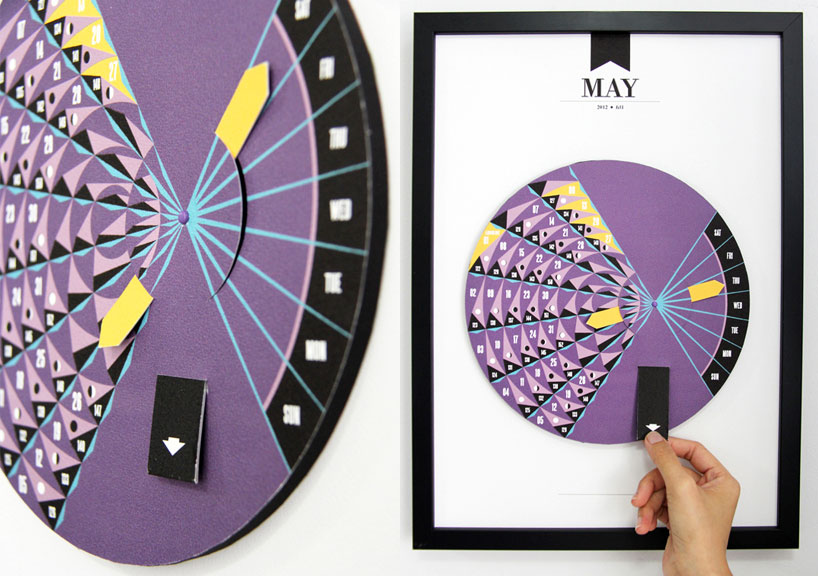 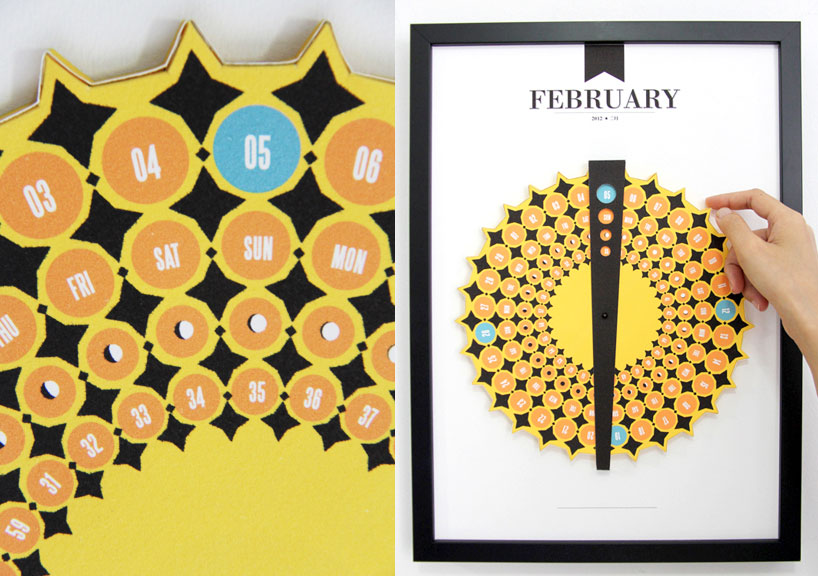 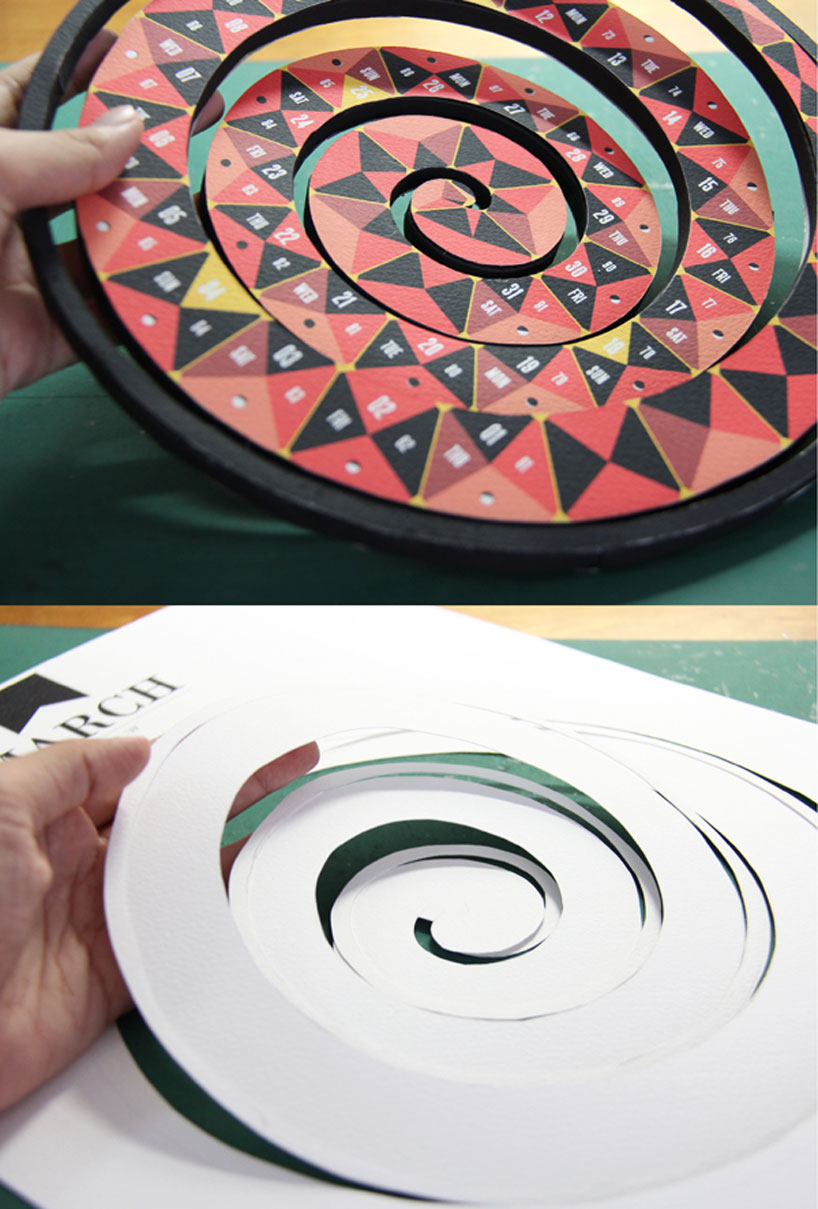 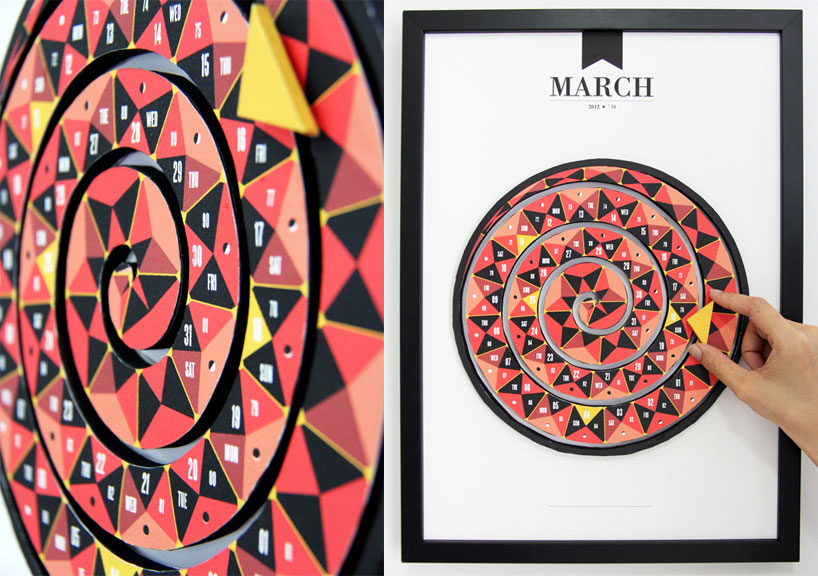 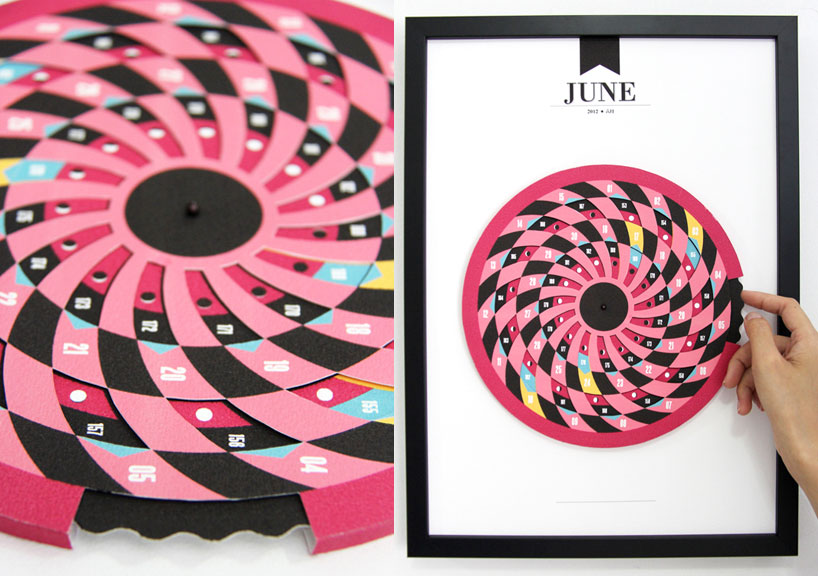