‘the lost men‘ by paul emmanuel is a series of site-specific, temporary, outdoor installations that aim to engage with memory, memorials, and public grief. each selected site has a relevance steeped in its own histories as well as engaging the thematic content of emmanuel’s imagery. the first exhibition of the project took place in grahamstown, south africa, and was installed on monument hill. the second phase was implemented in maputo, mozambique, with the ephemeral artwork installed on the catembe ferry jetty. now, the third work of the series has been installed adjacent to the largest british first world war memorial in the world, thiepval memorial to the missing of the somme. 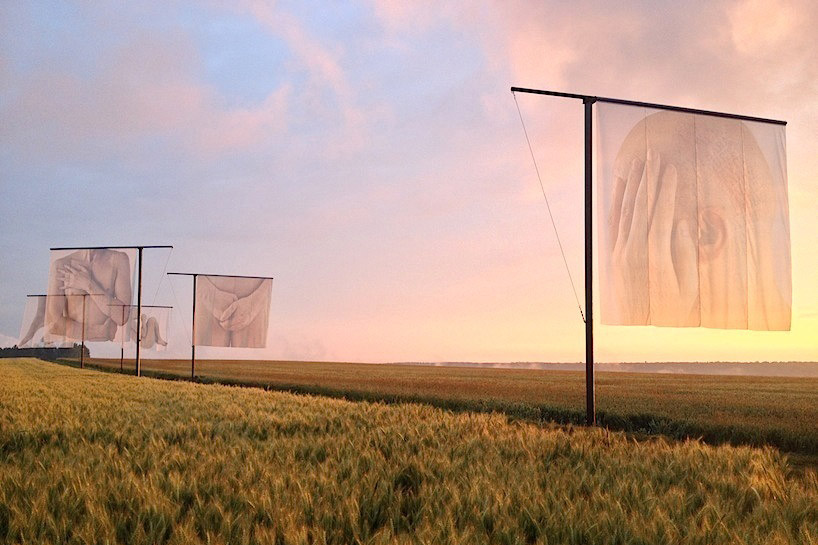 the sheets feature photos of the artist’s body

the installation is a non-partisan, ‘counter-memorial’ that reflects on impermanence and forgetting. the term refers to the idea that it does not glorify war, but poses questions about masculinity and vulnerability. it also challenges the exclusion of people in traditional memorials – in particular black south african servicemen. this concept is embodied by five, 5 by 5 meter silk banners hung along rue de l’ancre, a public road which runs from the memorial towards lonsdale cemetery, where headstones mark the graves of soldiers who died in WWI. the sheets bear photographs of emmanuel’s body with the names of french, german, south african and allied servicemen who fell on the western front. the names were pressed into his skin, without reference to rank, nationality, or ethnicity. the banners will be left in this landscape to the wind and the elements; possibly to disintegrate over time. 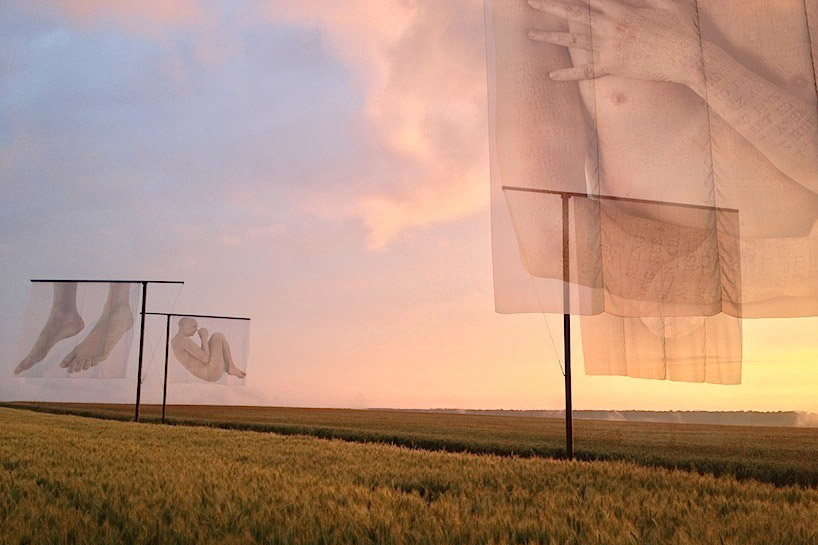 the installation is 300-meters long

on july 1st, 2014 the installation was seen for the first time by the public. the date is significant, not only in respect of the project, but also to the town. it is the day that commemorates the commencement of the battle of the somme in 1916; one of the most important battles of the great war. this contemporary work is the artist’s personal expression, which he created for this specific arena. it is intended to stimulate conversations about memory and memorialization. remembrance services were held to commemorate the brave lives lost. french, british, and other dignitaries attended the services. 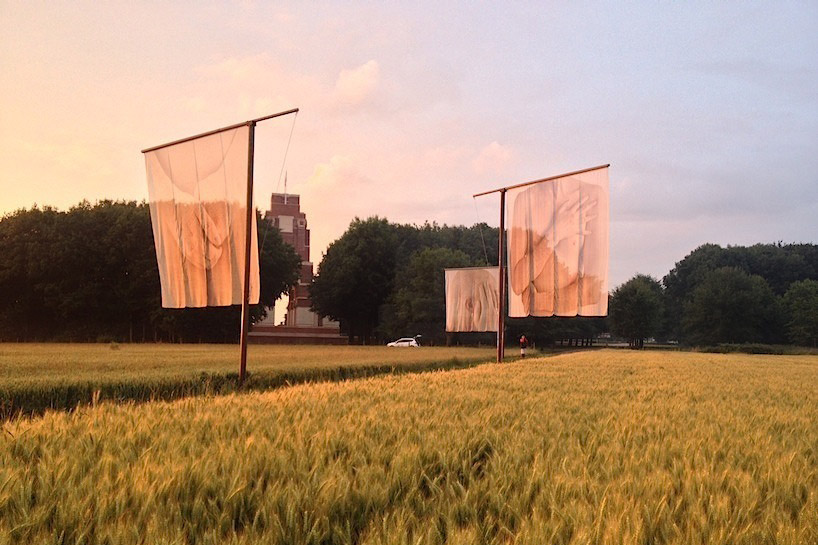 the project has been selected by the government of france as an official exhibit of the world war one centennial. emmanuel has also received support from institut francais, la mission du centenaire de la premiere guerre mondiale, the french institute and the national arts council, south africa amongst others. 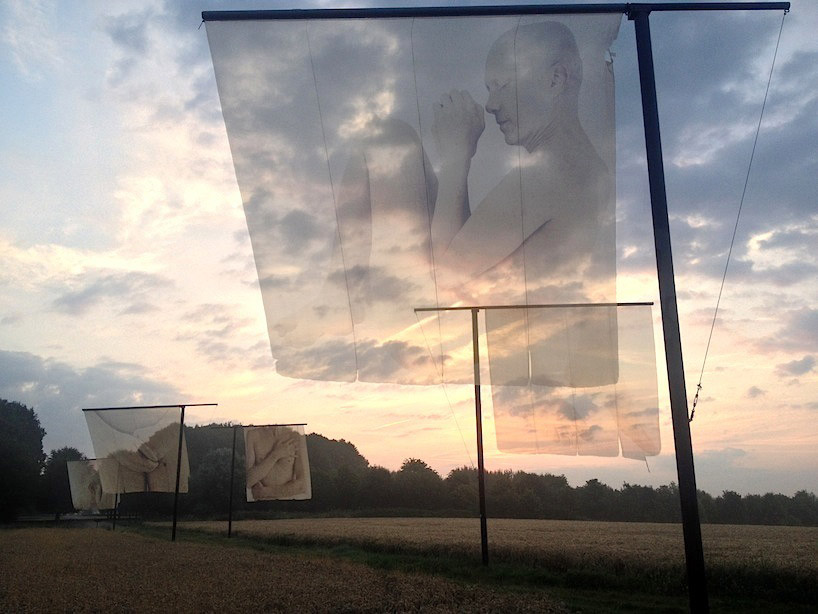 the banners are partially transparent

paul emmanuel states he is ‘..as many are, affected by these terrible historic battles. a war has lasting psychological effects that are passed from generation to generation; we lose humanity, gentleness and vulnerability, feeling, empathy and sensitivity. we lose dignity, treasured relationships, potentiality, hope, and the future. we become defined by ideologies that can confine and define our world view. as the thiepval memorial bears witness, it is a non-partisan artwork that aims to stimulate contemplation about all of this.’ 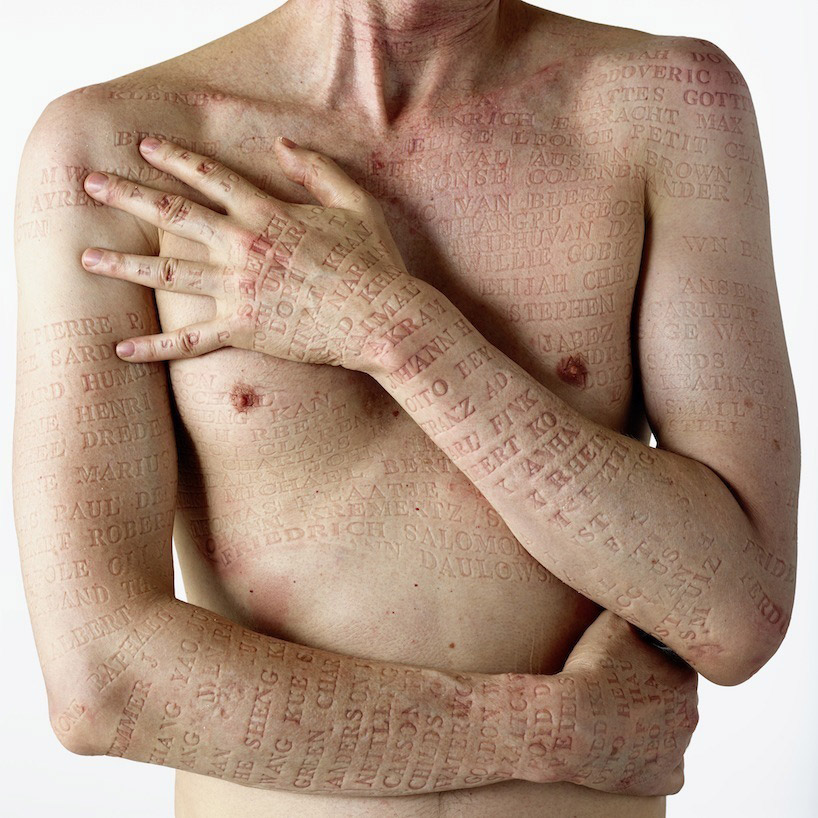 names embedded into the artist’s skin 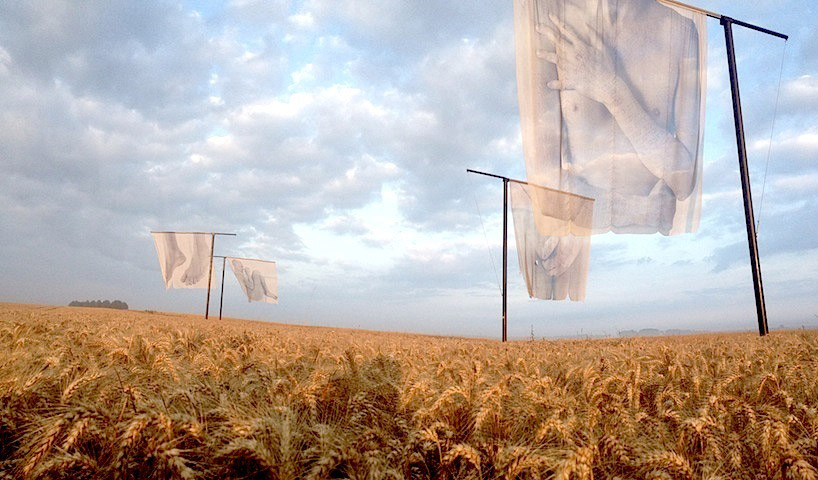 the banners are transparent 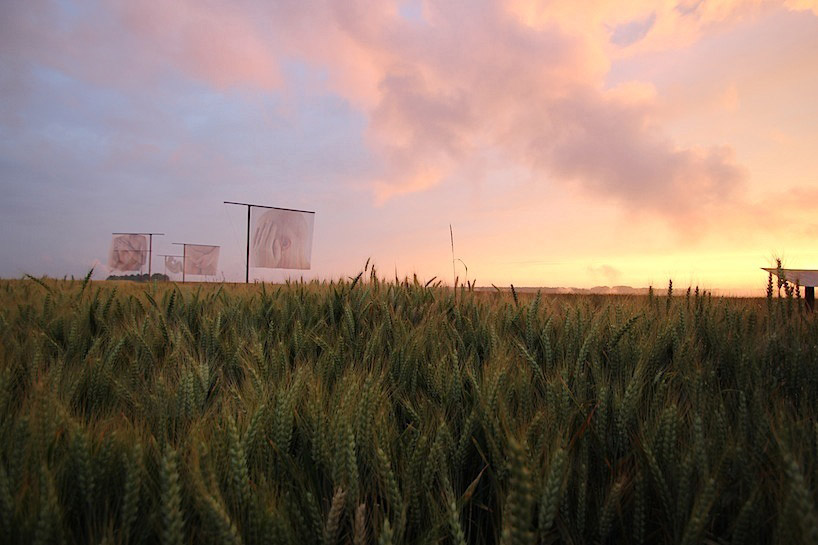 the site at dusk 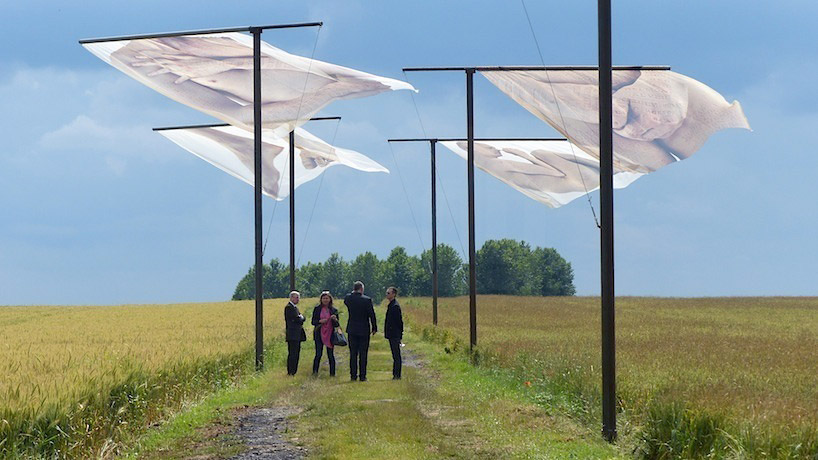 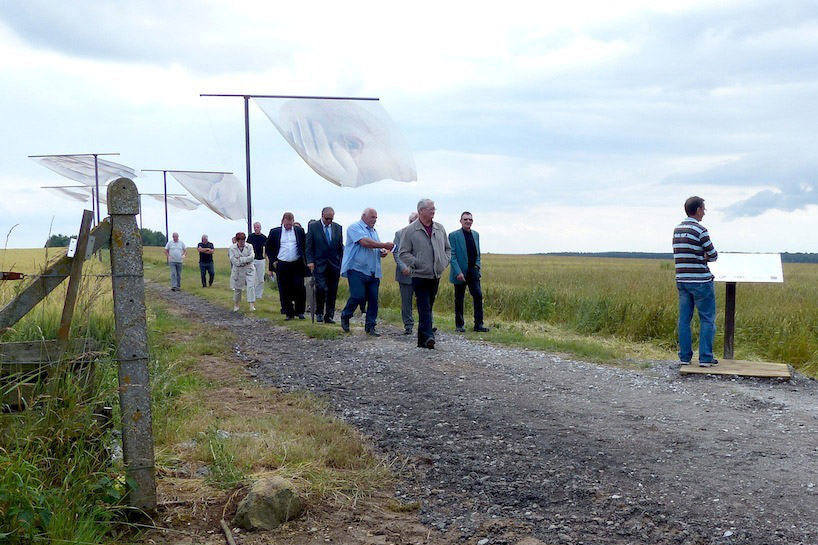 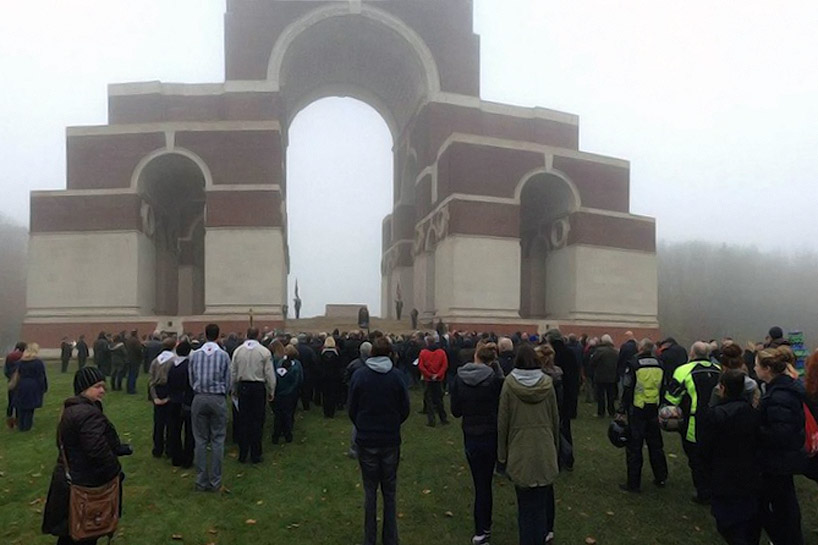 visitors at the memorial 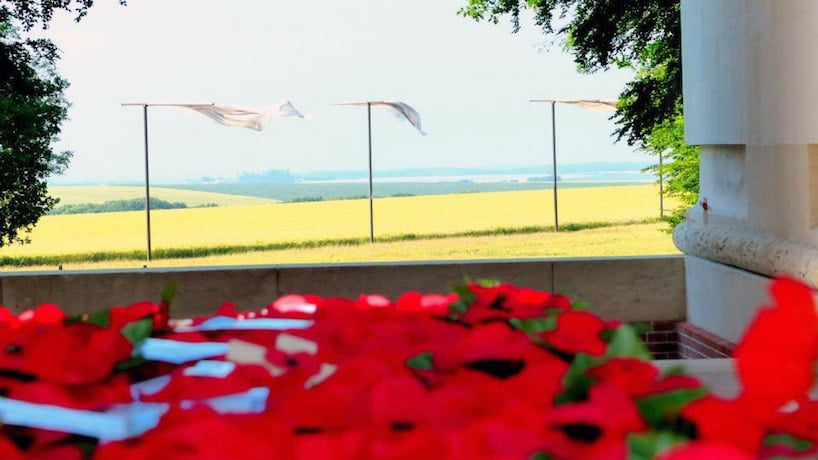 view of theinstallation from the thiepval memorial
photo © colleen costick.