new york-based artist paul notzold is exhibiting his ongoing work ‘TXTual healing‘ as part of wooster’s sheboygan project. the concept has been taken worldwide, where notzfold uses public facades of buildings as a canvas for people to make their own content for projected speech bubbles. the artwork is a platform for spontanous dialogue, with projections above figures or next to windows with which people are able to text in a conversation, with often amusing results.

using mobile phones people in the street send an SMS to a provided phone number that automatically and unfiltered goes up in the bubble. the posting takes about 20 secs at most and the messages line up in a queue, like a juke box, so no messages are missed.

the sheboygan project is on now till august 2013. 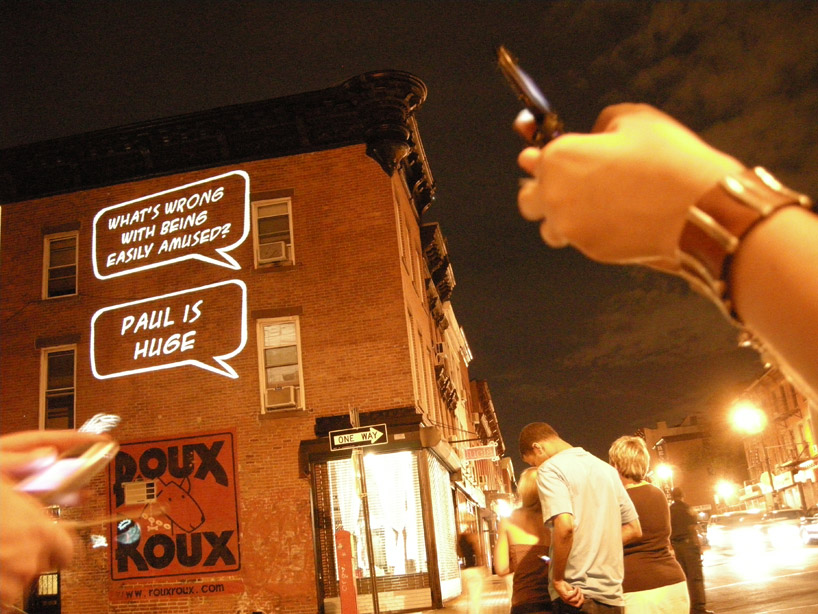 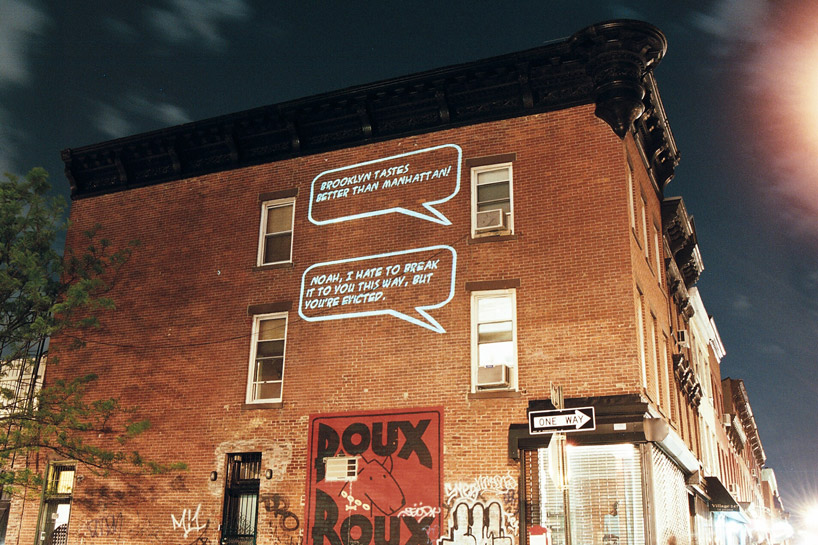 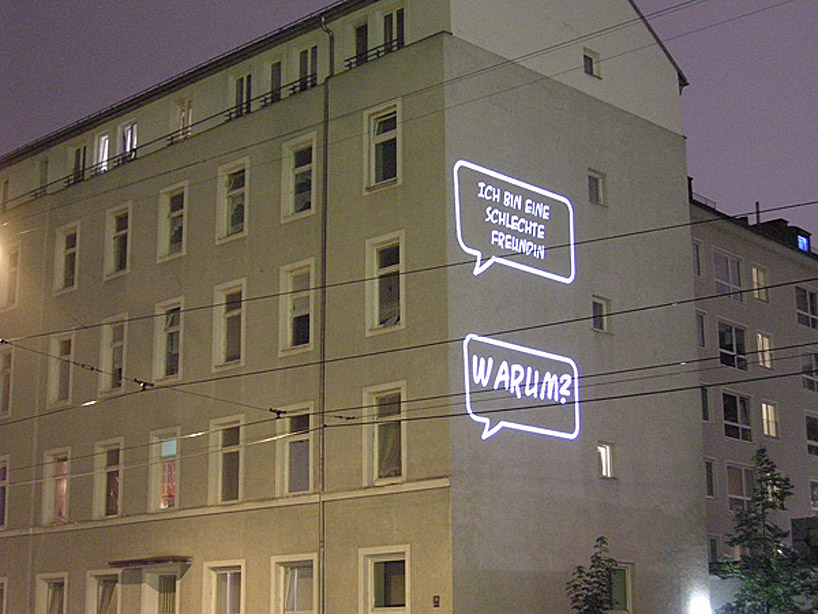 a projection in munich, germany image courtesy of the artist 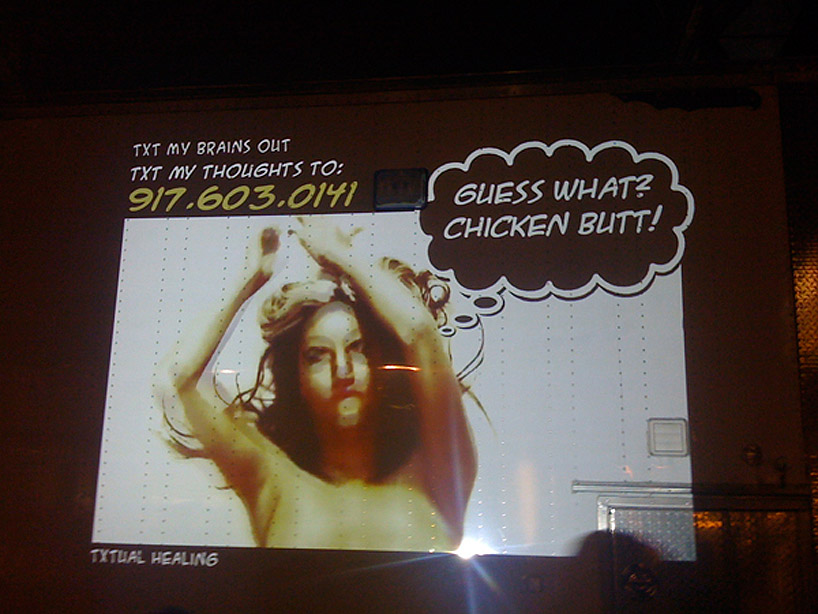 a projection in new york, USA image courtesy of the artist

a projection in milan, italy image courtesy of the artist

a projection in amsterdam, the netherlands image courtesy of the artist

a projection in san francisco, USA image courtesy of the artist

a video demonstrating the concept in toronto