london artist richard galpin uses a technique he calls peeled photography to create geometric abstract works which are actually cutup versions of his own photographs. galpin photographs urban centre and strange city scapes and intricately peels away parts of the photographs to reveal something different entirely. he uses only a scalpel and does not add to the works. the works play with the boundary between reality and abstraction. while a photograph may hint at three-dimensions, galpin’s work reduces it to flat textures and planes. you can see galpin working on one of his pieces on the info section of his site. 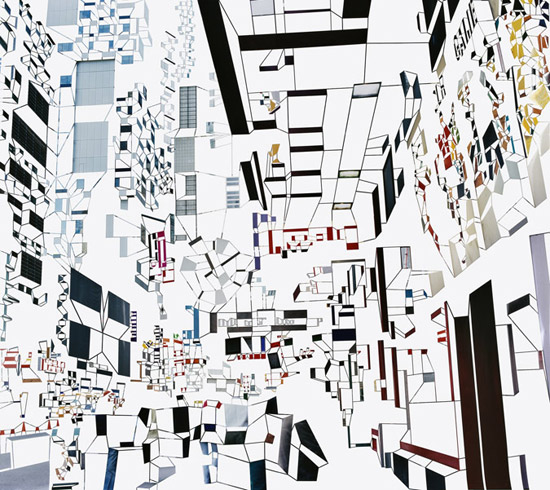 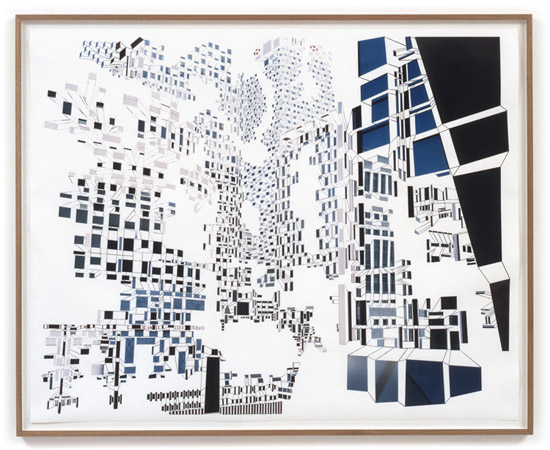 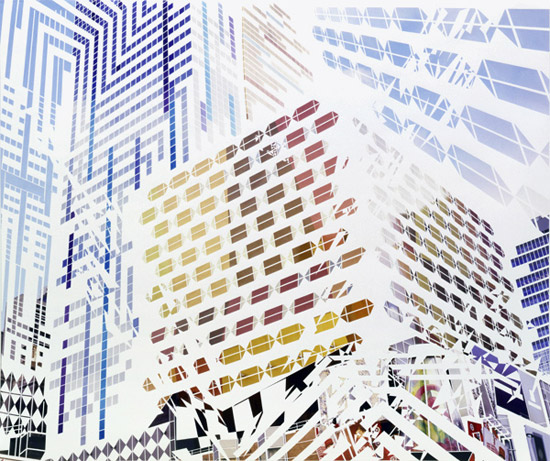 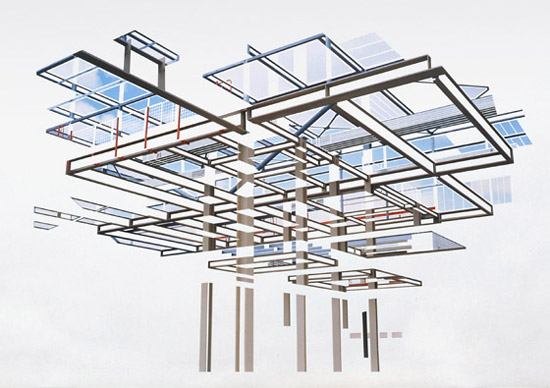 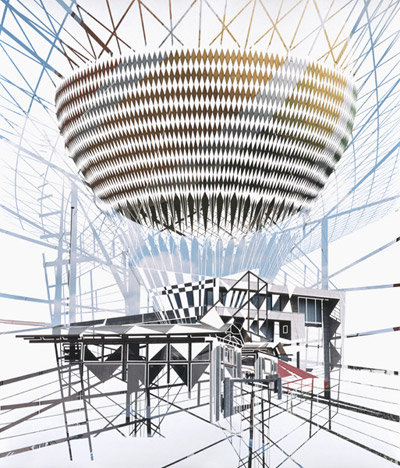 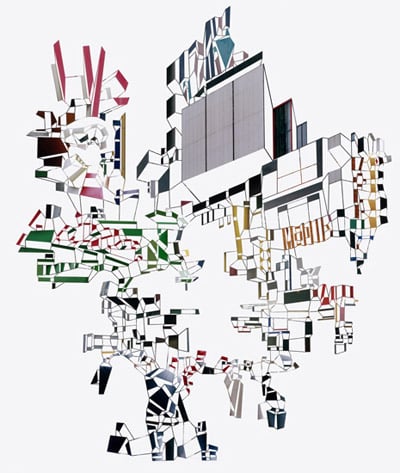 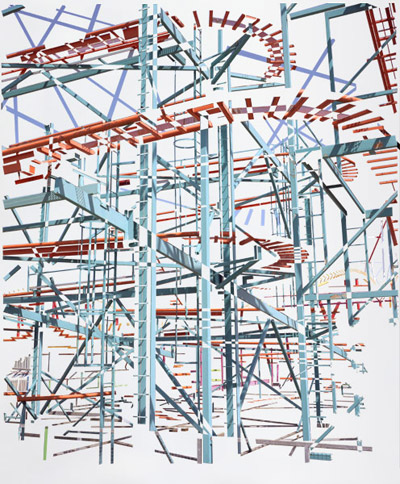