peeta has transformed the facade of a private residential building in germany with one of his large-scale anamorphic murals. the italian artist, whose real name is manuel di rita, painted his geometrical design on a street corner in mannheim for the 2019 stadt.wand.kunst mural project. 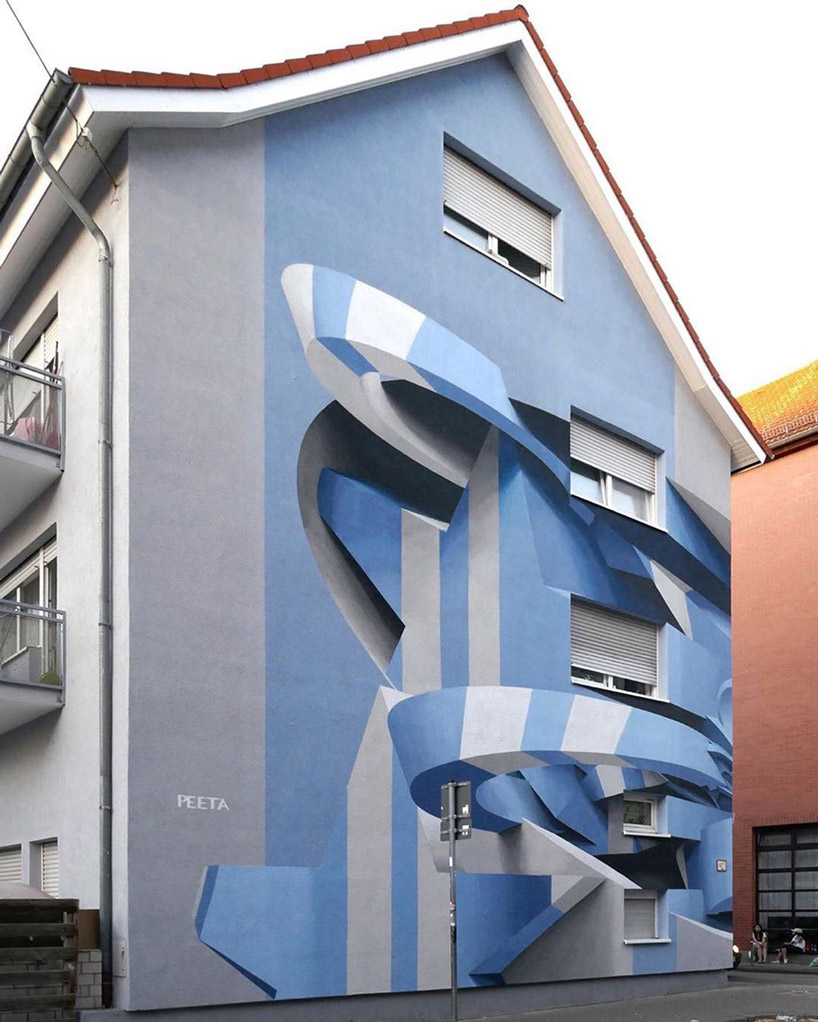 peeta uses abstract forms to distort architectural structures, merging sharp lines with curved forms and areas of shade. together they create what appears as a large-scale sculpture, seemingly protruding from the existing structure.

‘I loved this building since the beginning and I tried my best to combine multidisciplinary skills to transform it while keeping its original taste,’ the artist wrote on instagram. ‘thanks to the city of mannheim and the great people that supported and worked on this project.’ 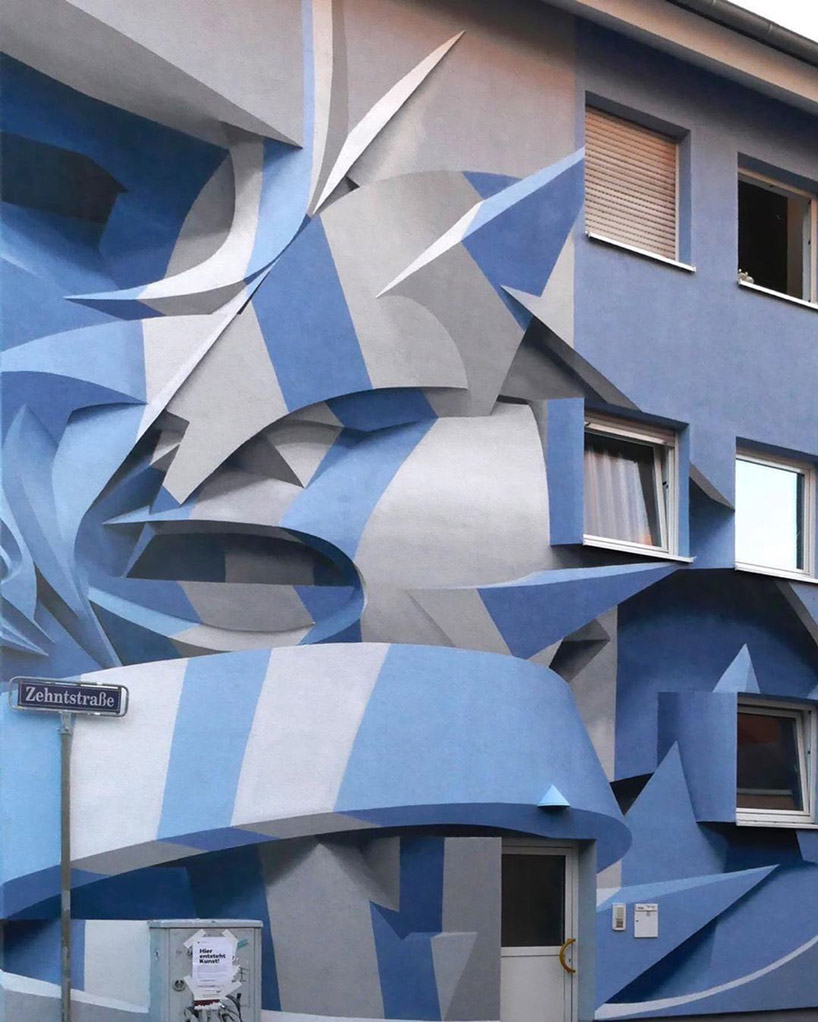 peeta is known worldwide for his trompe l ‘œils style, emerging from the italian graffiti scene during the 1990s. his work explores the potential of sculptural lettering and anamorphism, both in painting and in sculpture. 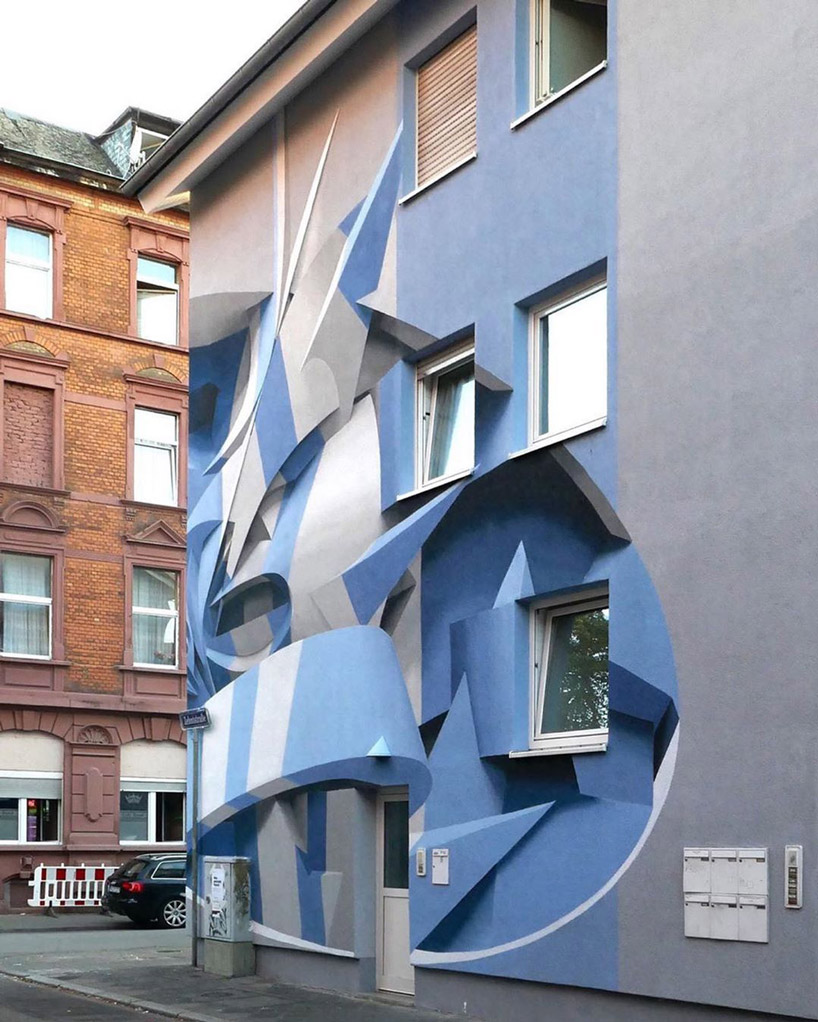 now in its seventh year according to culture blog montana-cans, the stadt.wand.kunst project invites street artists to mannheim every summer. whether national newcomers, international stars or emerging regional artists, each of them spends months in advance preparing a new mural to add to the district. 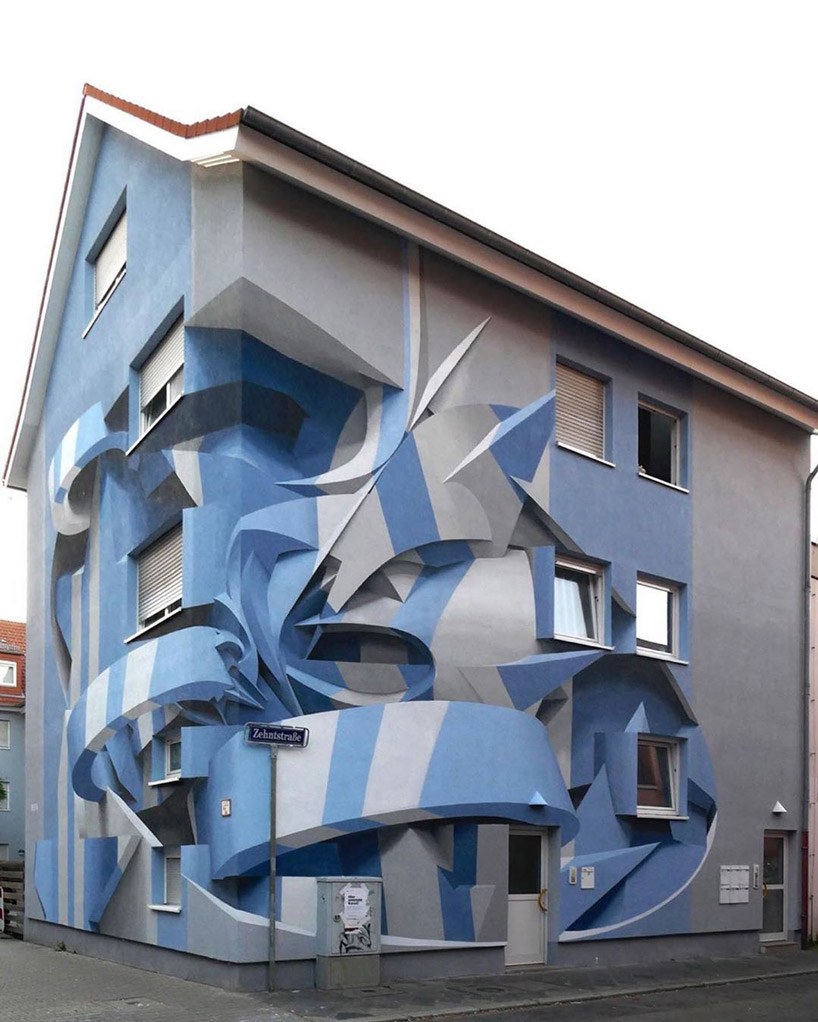 ‘metaphorically, I want to neutralize preconceptions and urge the emergence of new perspectives,’ he explains. ‘anamorphism totally embodies the intent, always pivotal in my production, to reveal the deceptiveness of human perception, the fallacy of narrow and fixed points of view through visual tricks which, proceeding from the attempt to confer a three-dimensional semblance on a pictorial representation, ultimately reveal their will to deceive.’