since the young age of 6, são paulo-born artist dalton ghetti learned how to handle tools, when he and fellow classmates would use razor blades or pocket knives to sharpen their pencils for drawing and writing. at the age of 8, ghetti learned how to sew in order to help his seamstress mother with hemming and attaching buttons, furthering his skill in detailed hand work. the next year, he received a set of metal tools for children for his 9th birthday with which he started carving and building toys; sculpting with knives, chisels and hammers. this hobby sparked his love for carpentry. at 24, he moved to the USA where he earned an associate of arts degree in architecture, while working as a cabinet maker. upon graduation he became employed as a home remodeler, a job which he continues doing today.

in his free time, ghetti first began to create large carved pieces, but 1986 was the year when he decided to challenge himself by conceiving the smallest possible carvings that he could. his first attempt was from a #2 pencil, and ever since he has developed a wide range of art works formed from the writing utensil. the small intricate objects are an exploration of scale and material. as lead is pushed to its structural limits, so are the strengths of human eyesight and dexterity since all the sculptures are made with the naked eye. to create the miniature artworks, ghetti holds the pencil in his hand under a strong light source, carving with either a sewing needle or sharp triangular metal blade gradually removing specks of graphite at a time. this process usually sees ghetti working for one or two hour intervals at a time, which results in the pieces taking months, or sometimes years to complete.

‘most of the time, while I am walking around, I find pencils tossed on the streets and sidewalks, especially near schools. generally, the pencils that I find do not have information on them about the type of graphite, so as I carve,  I learn about the properties of that pencil’s graphite.‘ – dalton ghetti

the self-taught artist sharpens pencils in his spare time as a form of meditation. ghetti has exhibited his miniature sculptures both nationally and internationally in galleries and museums and his works are not for sale. for him, it’s not about the money, it’s for himself, and he wants to keep it that way. 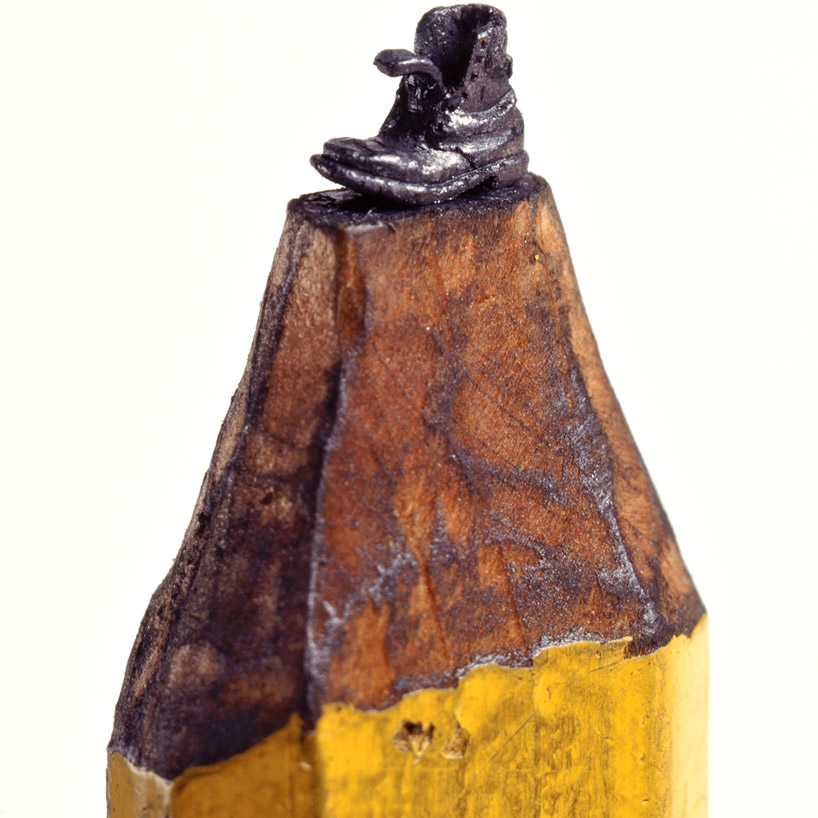 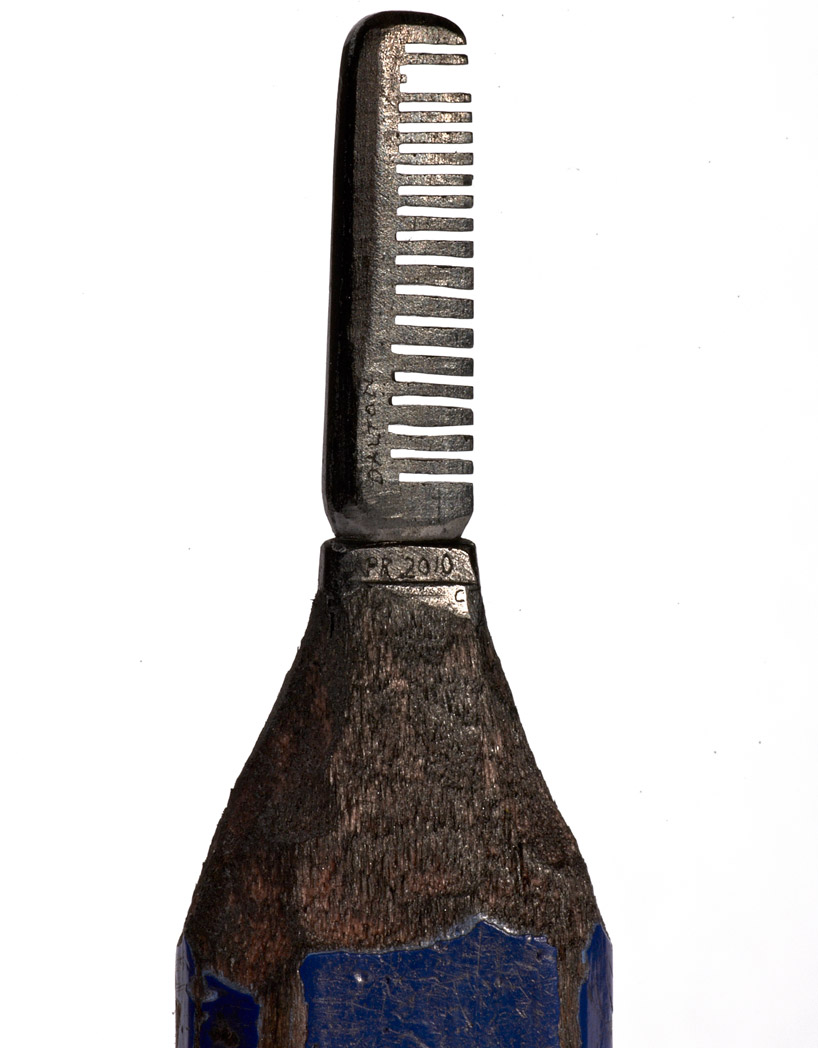 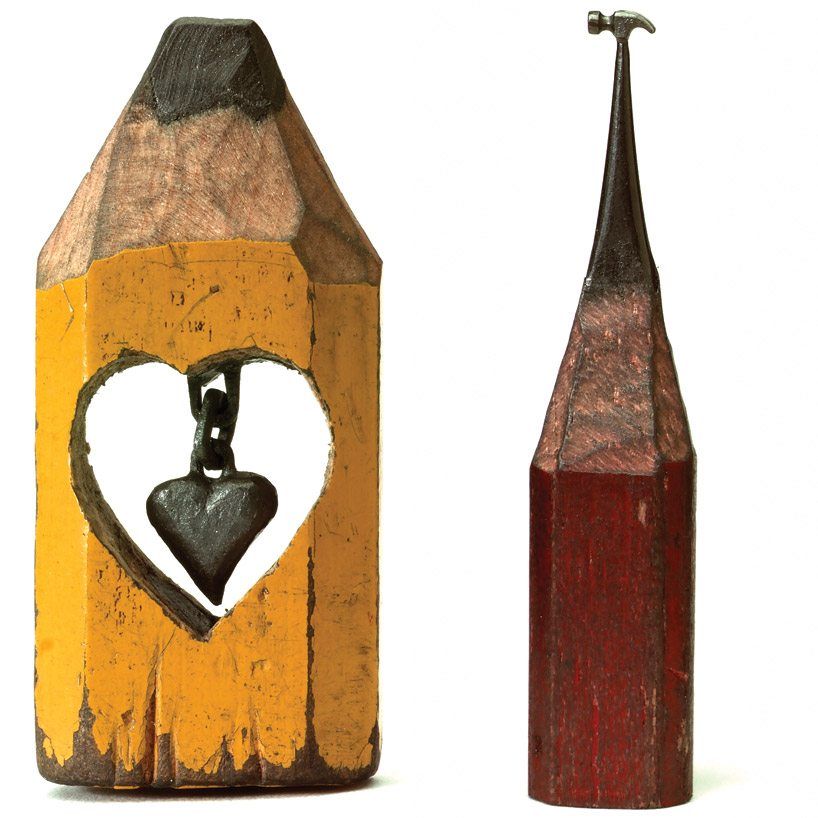 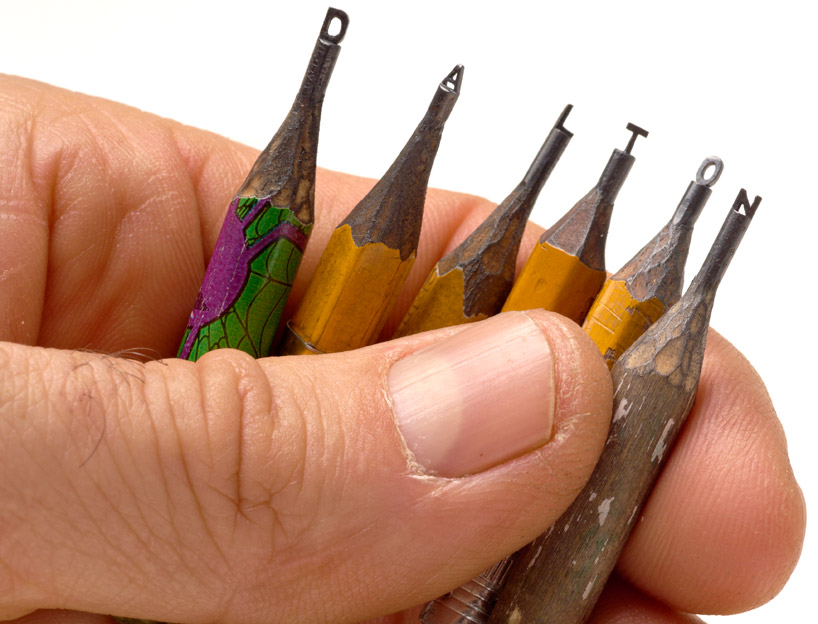 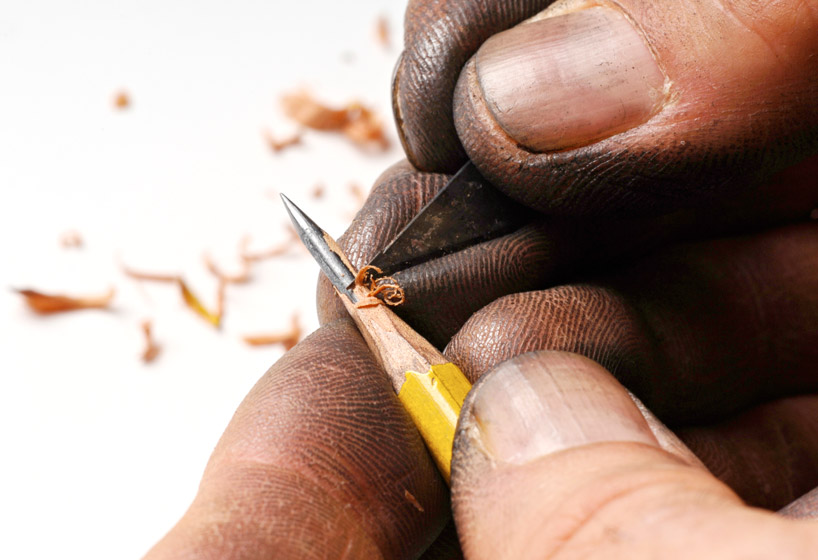 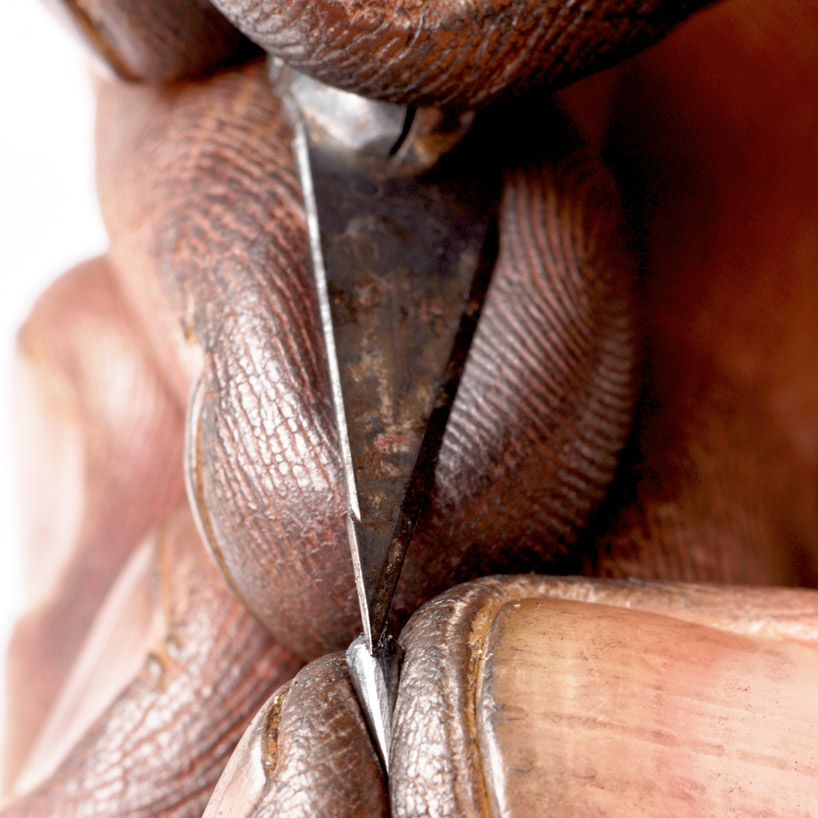