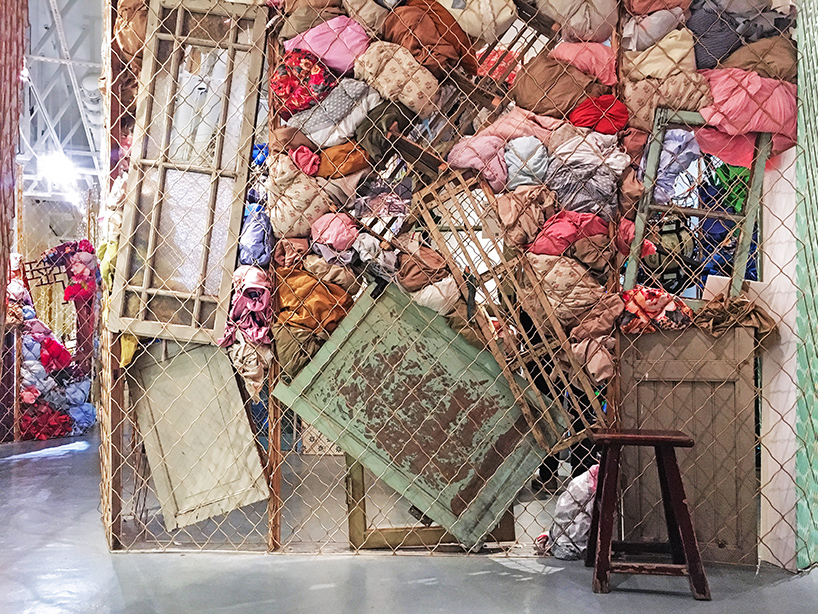 ‘originally designed to keep out unwanted guests, the screens inadvertently become spaces for storing stuff,’ explains PAO. ‘in these neighborhoods of winding alleys called hutongs, only security screen windows hint at the lives of people on the other side of long brick walls.’ 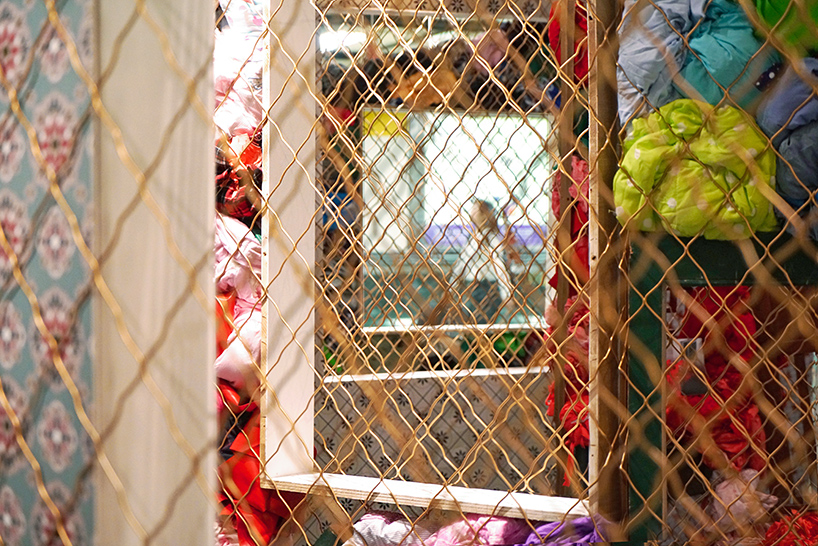 windows permit views through the multiple layers of screens

contained within the maze’s walls is waste from three different cities: beijing, where the design was conceived; guangzhou, where it was produced; and hong kong where it is exhibited. in relocating the narrow hutong streets to K11, the display seeks to represent the significant changes that characterize contemporary china. 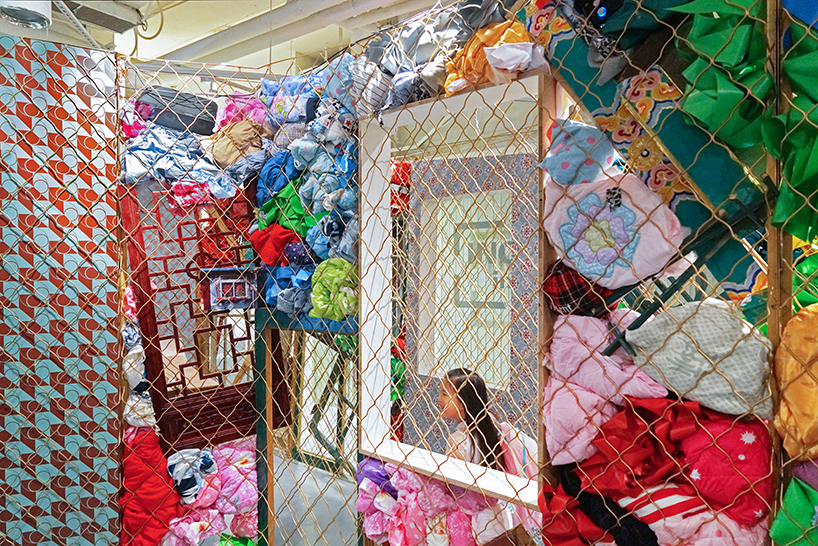 ‘there is a story behind each piece of waste,’ continues the design team. ‘in beijing, the nation’s cultural center, we collected remnants of torn down traditional courtyard houses from historic neighborhoods, just a small sample of the buildings demolished on a daily basis. in guangzhou, a manufacturing powerhouse, we gathered massive amounts of leftover fabric from the production of new clothing in garment factories. and in hong kong, a global capital of consumption, we looked for used goods from street markets and stalls.’ 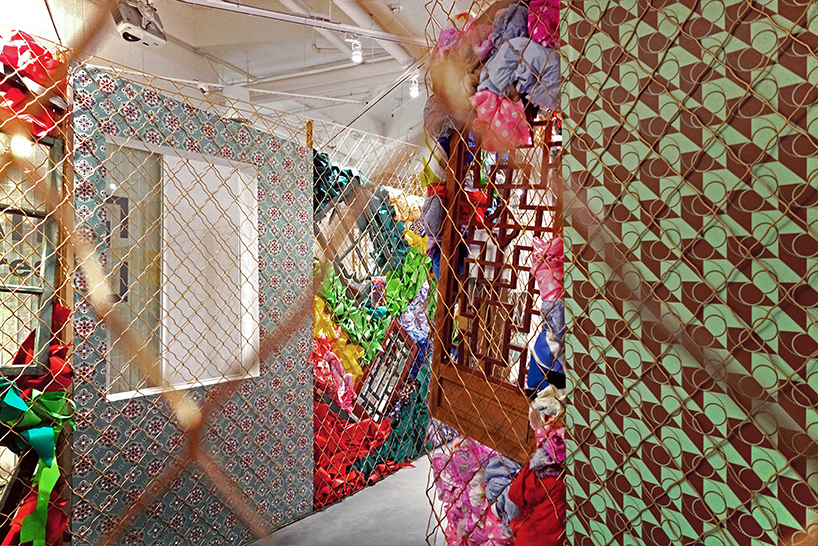 contained within the walls is waste from three different cities: beijing, guangzhou, and hong kong

PAO has asked passersby to engage with the maze by cutting windows into its walls. consequently, the installation, which can be seen by people on their way to the subway or the mall, permits views through the multiple layers of stuffed screens. as well as encountering the stories told by the presented artifacts, visitors are encouraged to embed their own belongings within the walls, which have been left partially empty. 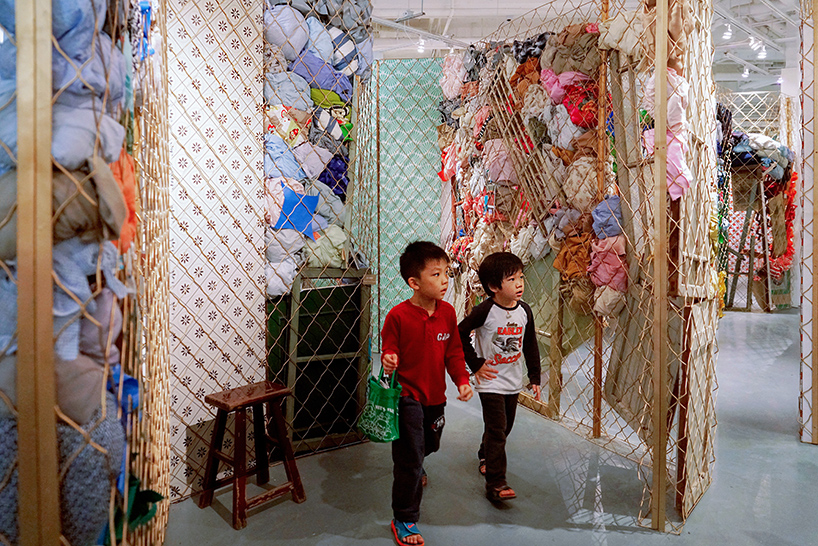 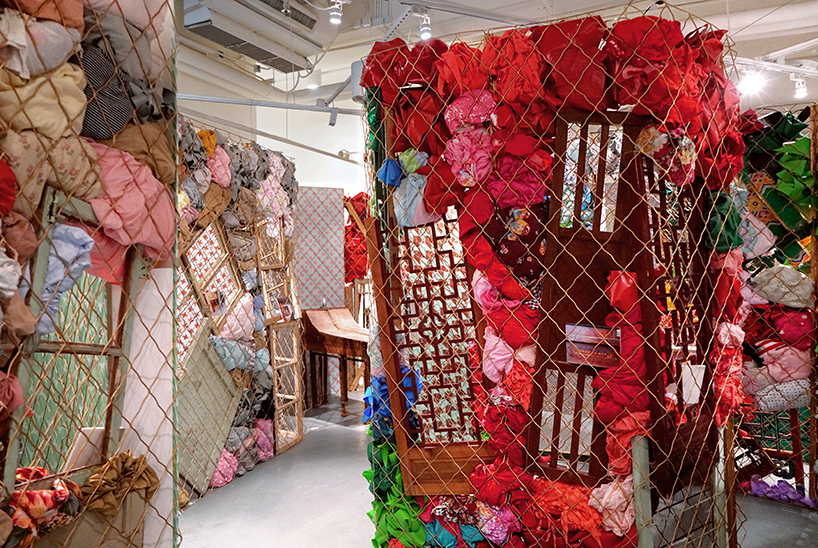 passersby are encouraged to engage with the maze 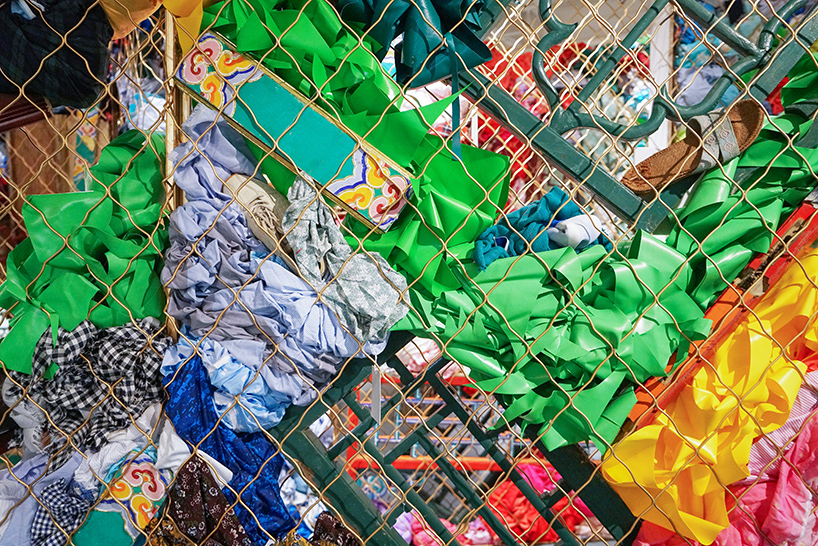 visitors are able to embed their own belongings within the walls 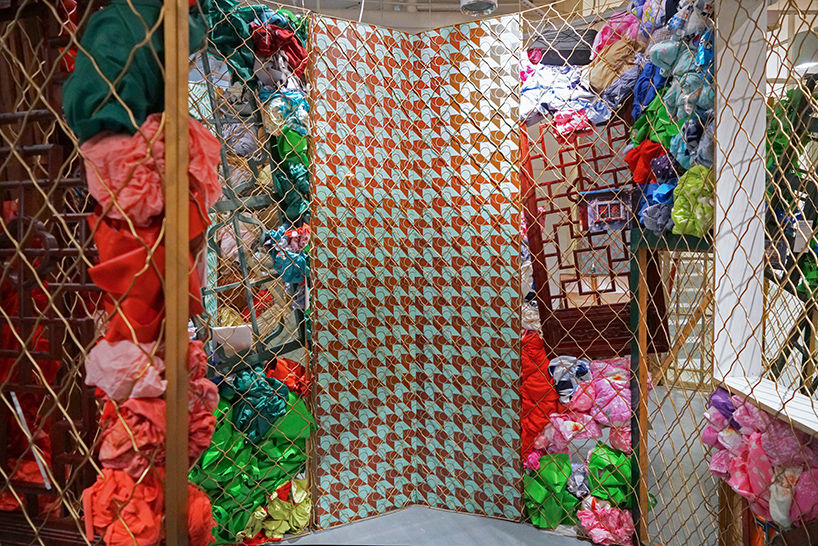 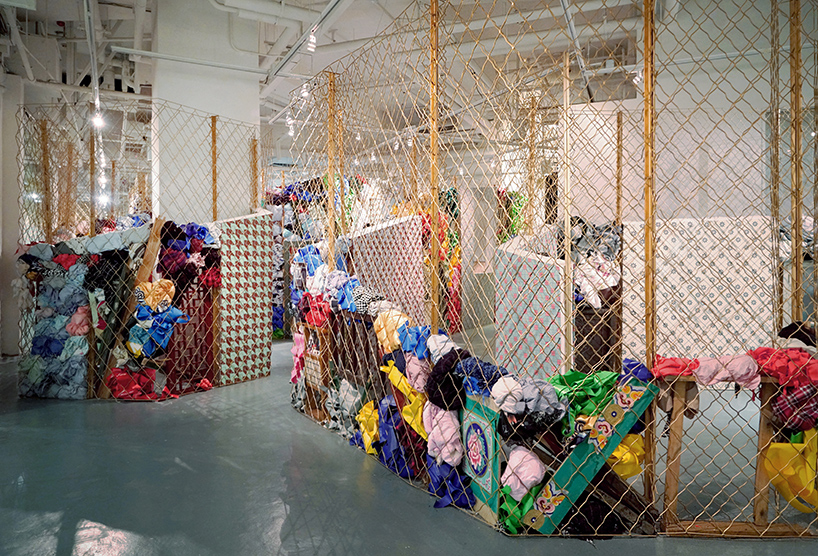 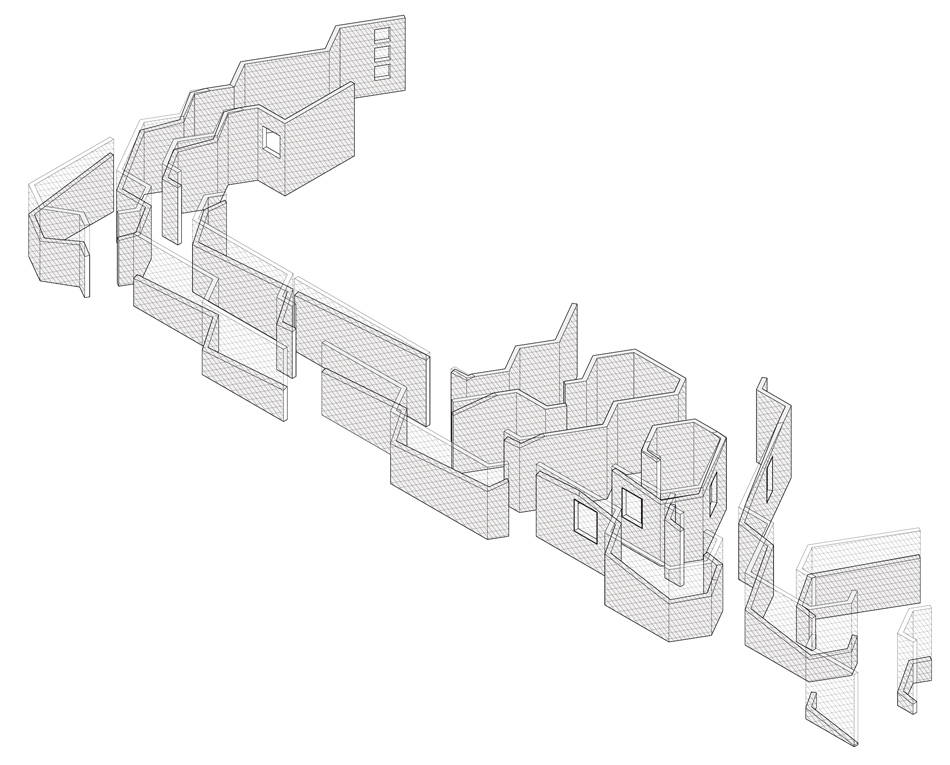 axonometric view illustrating the layout of the installation