‘cosmolology +1’, an exhibition by american artist peter coffin at london’s herald st gallery, treats the question of knowledge, provoking attention to the disconnect that exists between the physical world and our ways of understanding it.

named, essentially, for the study of the study of the universe, in its infinite mise en abyme, the exhibition is composed of three works over two rooms: a neon installation piece, a series of cloud photographs, and a living hanging plant. 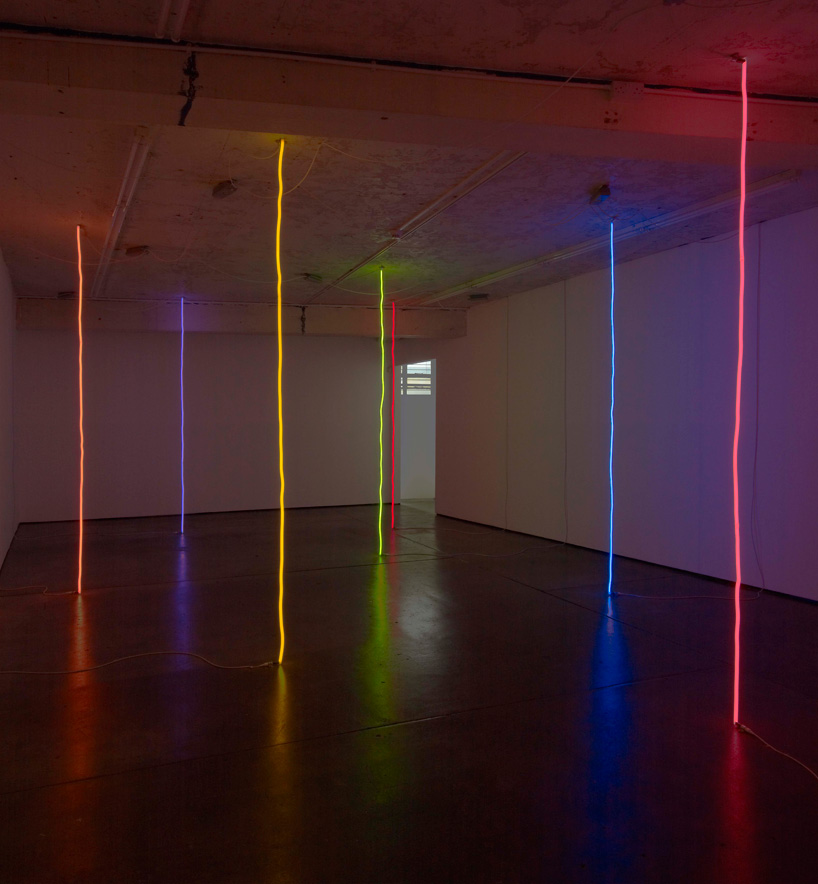 the first room features an installation of seven lengths of neon, each representative of one of the seven colours of the newtonian spectrum. the light cast upon the room’s floor and walls shifts with the movement of both the cords themselves and that of visitors through the space, whose bodies interact with and obstruct certain colours relative to one another. 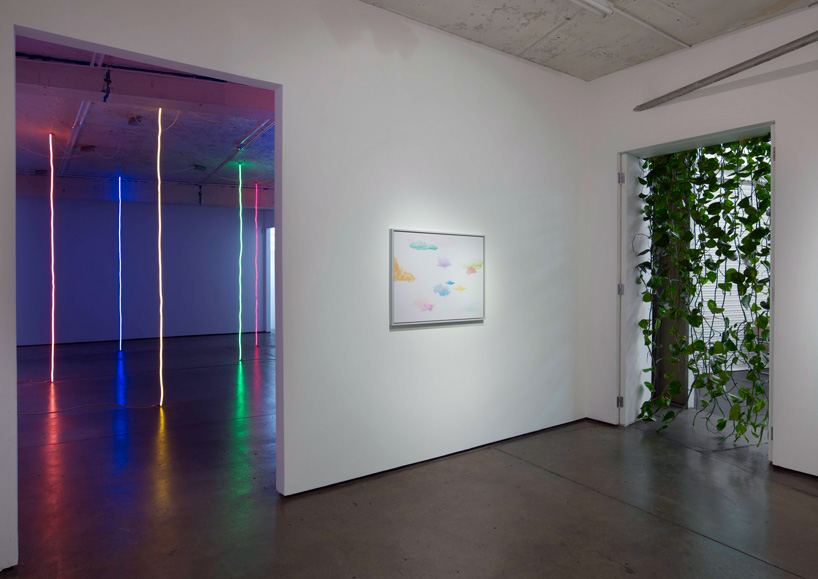 the second room is established as a traditional gallery, whose walls are hung with five compositions of photographs of clouds, each rendered in bright colour. it is in this space that the third piece presents itself: a plant cascading over a doorway. 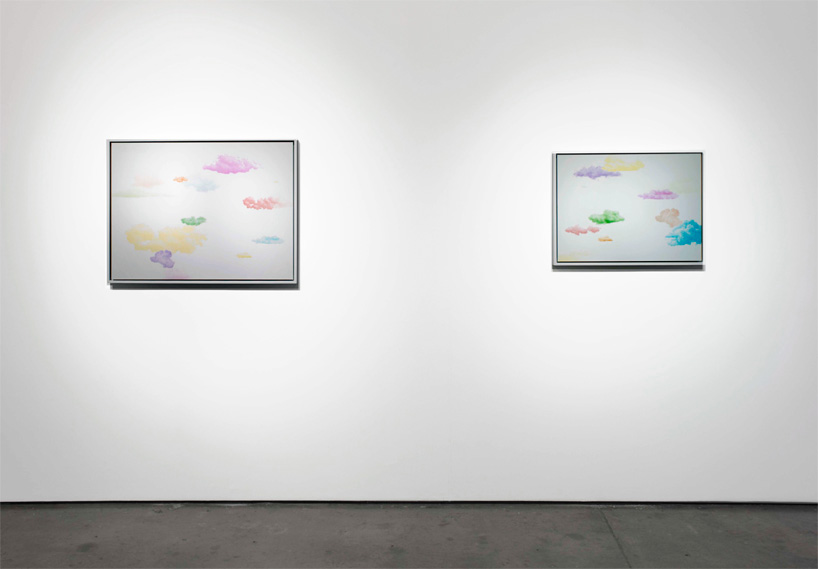 the cloud images that coffin compiles in ‘untitled (clouds)’ are actually adopted from the glass negatives of nineteenth-century photographs. during this time period, the long exposures required for landscape photography registered the sky as a blank white; thus photographers would keep stock glass negatives of clouds, which in the darkroom they would expose over the landscape to generate a more realistic-looking image. 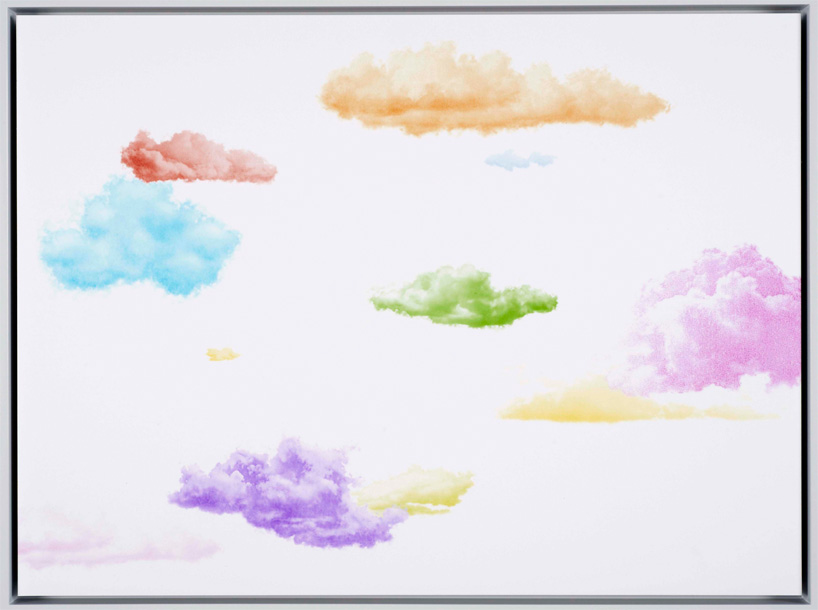 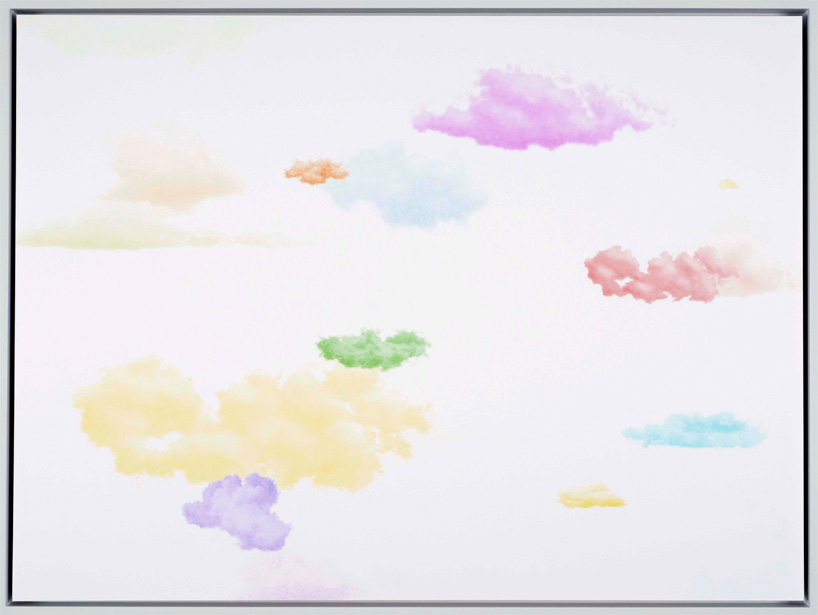 altogether, the exhibition examines our human ways of organizing, representing, and understanding the world. ‘untitled (lines)’, for instance, references the fact that our colour system is composed of seven colours primarily because newton felt the number would echo the logic of having seven notes in a musical scale.

as maika pollack wrote of the exhibition, the fact ‘that to render a realistic-seeming landscape photograph necessitated the imagination and audacity to burn a sky with foraged clouds’ provokes questions regarding our perception of the real, our ways of interacting with the world, and the place of art. 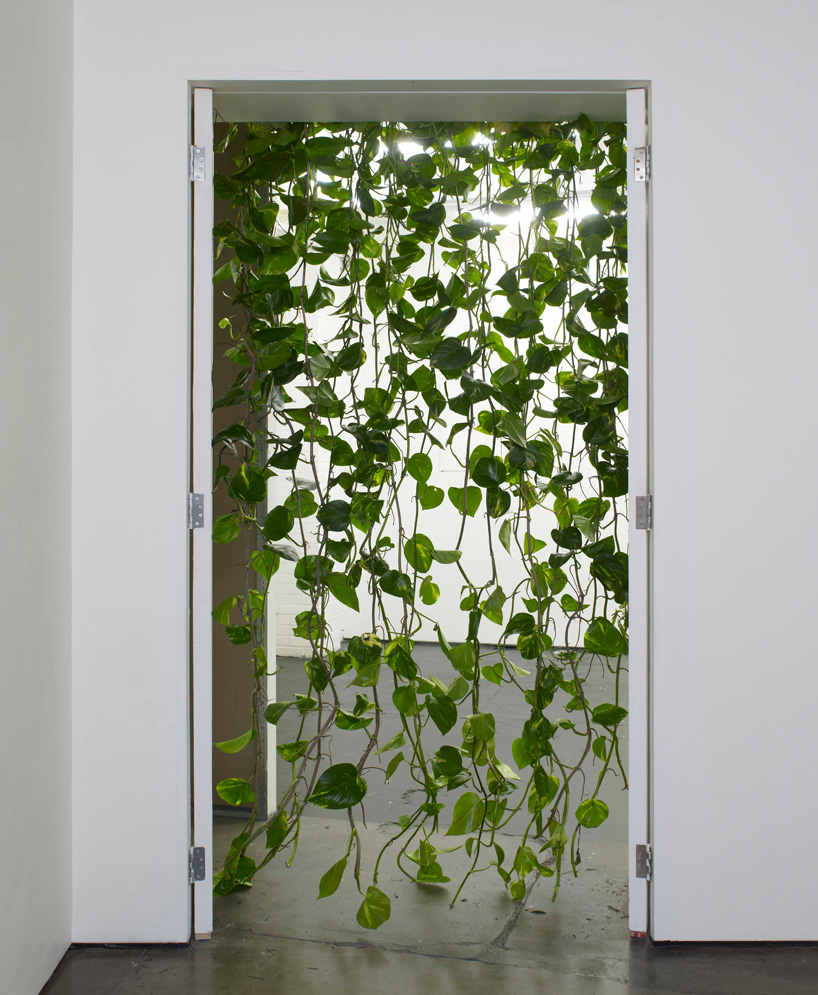 looking forward, coffin notes that his cloud series is a precursor to a project in which he plans to dye actual clouds with food colouring, using a crop duster plane. 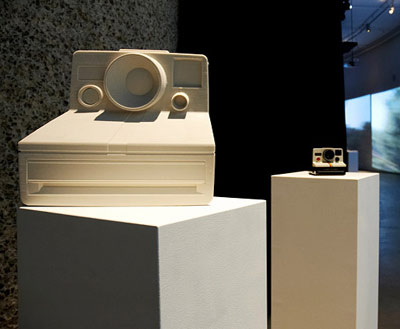 Feb 02, 2023
now complete: anish kapoor's newest 'bean' nestles into the streets of new york
the new 'bean' is snugly squeezed beneath the cantilevering slabs of the 'jenga building' in tribeca.
art
169 shares
connections: +1360
'we are nature' - interview with brazilian artist ernesto neto ahead of engadin art talks
designboom speaks with ernesto neto about hope, spirituality and nature ahead of his participation at this year's engadin art talks.
art
0 shares
connections: +120