‘skystation’ by artist peter newman, is a new concept in public seating which was presented at the hayward gallery, southbank, london this week. both sculptural and interactive, the project will allow the public to gaze up at the sky and gain a different perspective of the city.

the form of ‘skystation’ draws from le corbusier’s iconic LC4 chaise lounge, using contours intended to fit the reclining human figure. meant to be positioned outdoors, the public seating unit encourages passers-by to lie down and contemplate the vast expansive space that surrounds them.

the piece is part of a larger public seating project that has been initiated by cultural agency futurecity who works towards regenerating run down, brownfield and post-industrial areas in towns and cities across the UK. their aim is to have a constellation of skystations across 100 locations, both in the UK and internationally as part of the ‘100 places project’. 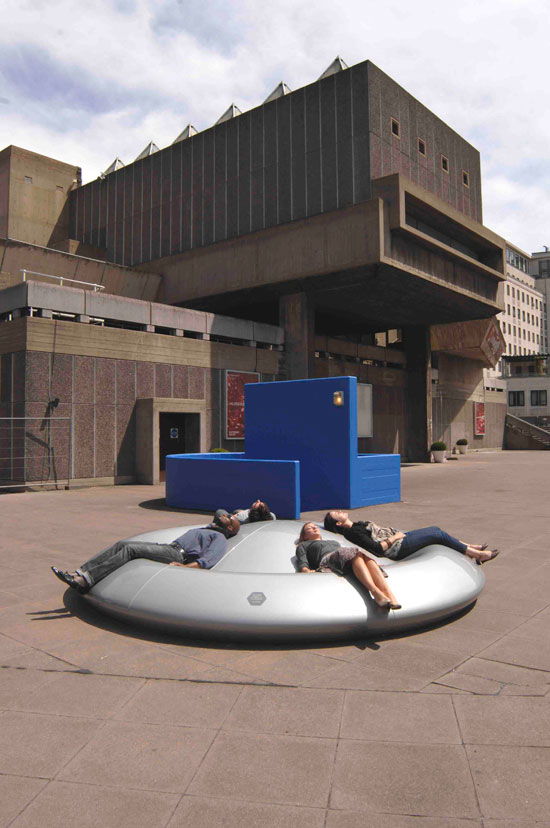 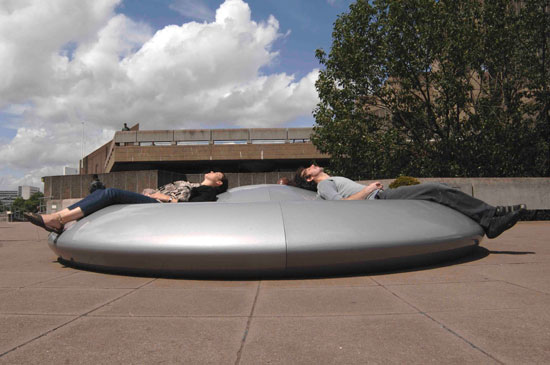 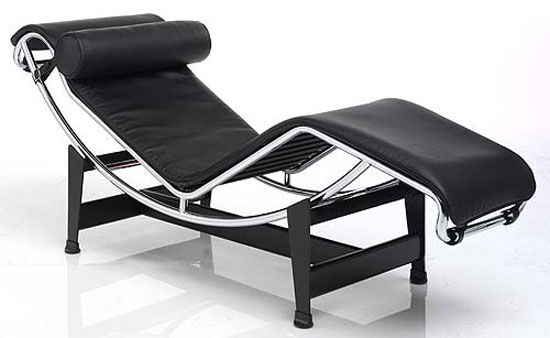 peter newman graduated from goldsmith’s college, university london in 1990. his practice as an artist has included painting, photography, video installation and sculpture. ‘skystation’ was first shown at the guggenheim museum in venice and in 2005, newman was awarded a grant from the arts council to further develop the project.