beigning april 2nd, new york’s david nolan gallery will be presenting new largescale paintings by american artist peter saul. the seven acrylic paintings on show were made over the past two years. they are a vibrant continuation of saul’s long career and tackle subjects such as, racism, pedophilia and feminism. despite beginning his artistic career in the 1950’s, saul continues to create art at the age of 74. painting without assistants, the artist has built a reputation as an outsider and troublemaker. these painting were created using saul’s method of building up pre-mixed acrylics with a dry brush technique that results in something similar to graffiti. while saul’s work is currently touring the united states, his career has been described as receiving an unjust and ‘ongoing lack of official recognition’ despite his avid following of fellow artists. 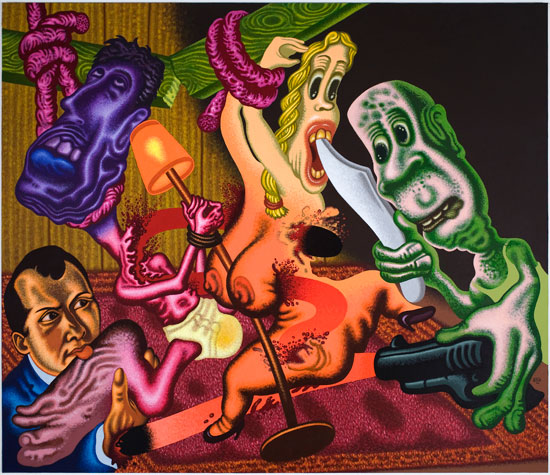 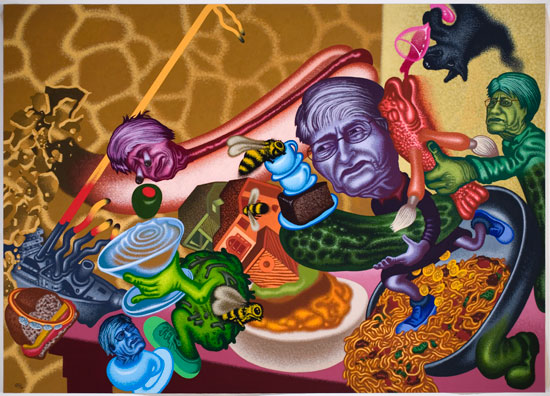 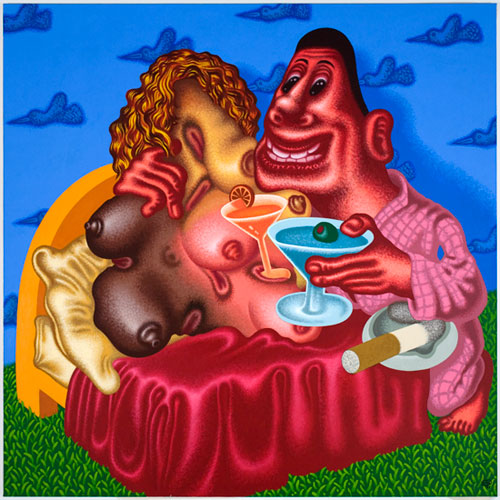 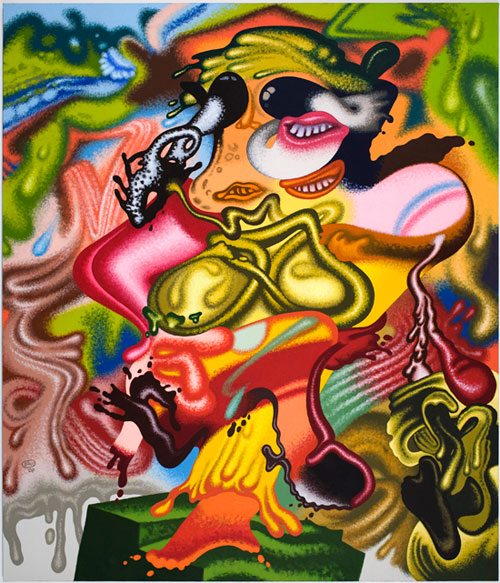 ‘better than de kooning’ by peter saul, 2008 (acrylic and oil on canvas) 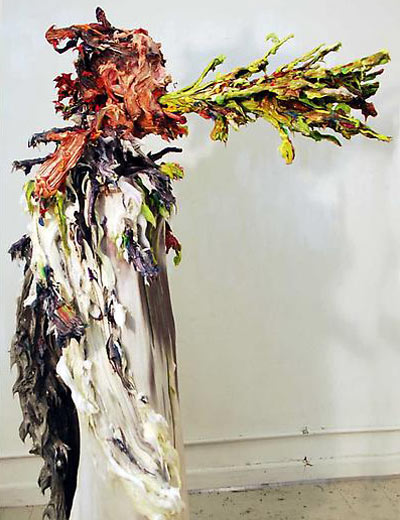 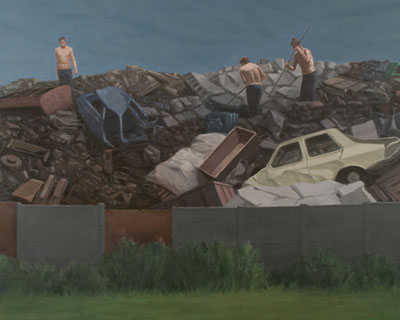