as one of the most densely populated places in the world, hong kong has adapted its architecture to accommodate the masses, building inhabitable spaces high into the sky. with story-upon-story of windows and walls, the expansive altitudes of residences and domestic spaces are saturated in rich structural detail and humanistic signs of the everyday occupant living there.

as a documentation of the population density and architectural sites that sustain it, australian photographer peter stewart has captured a series of images which center around the living environments of hong kong’s public housing developments. the photos that comprise ‘stacked’ are shot from both the ground — looking up — and from various levels within a building, revealing two distinct vantage points: the pedestrian and the resident. 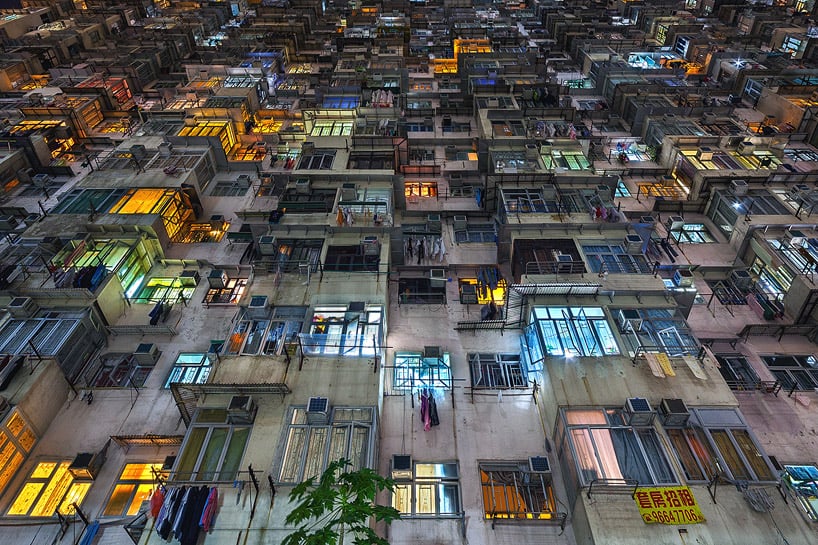 from below, the perspective exhibits signs of life evident in the lower floors — wet laundry hangs from window panes and colorful light peeks through the glass; as the eye moves into the sky, a densely packed blur of illumination canvasses the building’s upper levels. images shot from within a tower — opposite a neighboring site — reveal the spectrum of rainbow tones adopted for balcony facades, one of the ways in which color is adapted as an architectural facet to enliven and animate an otherwise impersonal exterior skin. 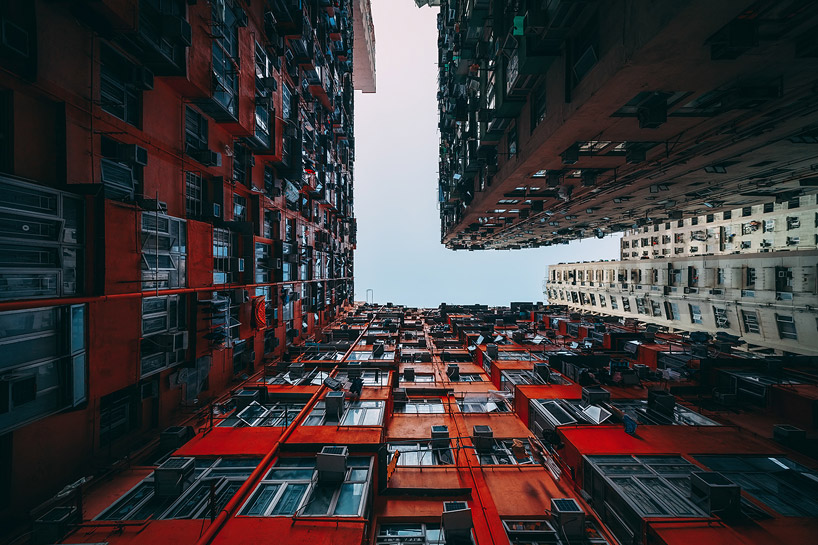 this type of vast architectural density so typical to hong kong recalls the photography of french graphic artist romain jacquet-lagreze. his book ‘vertical horizon’ — previously featured by designboom — presents a journey between the buildings of the relentlessly growing metropolis. 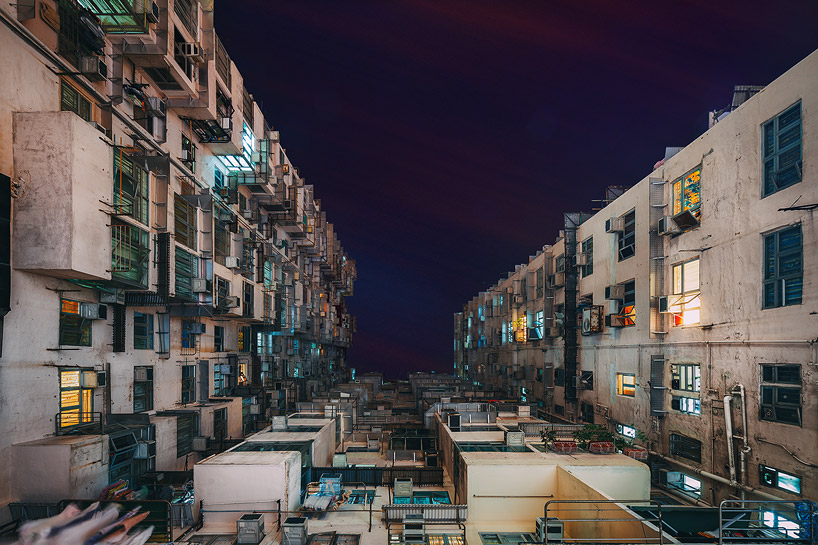 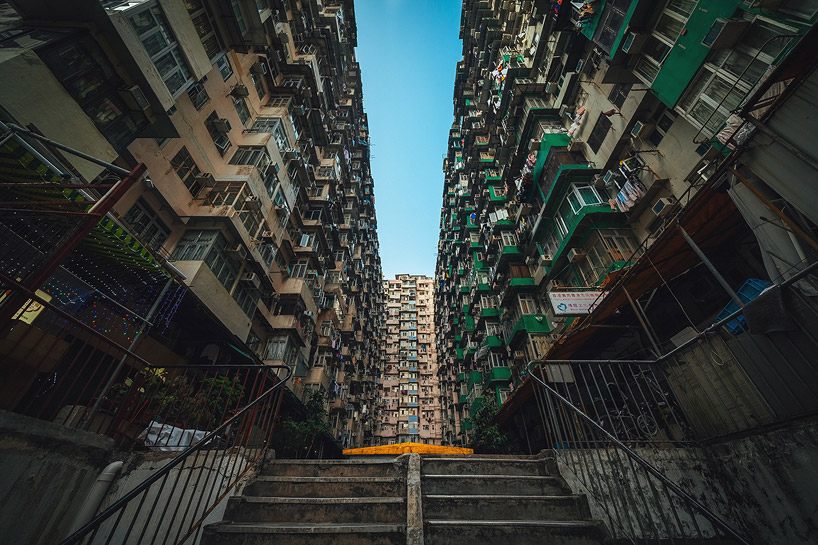 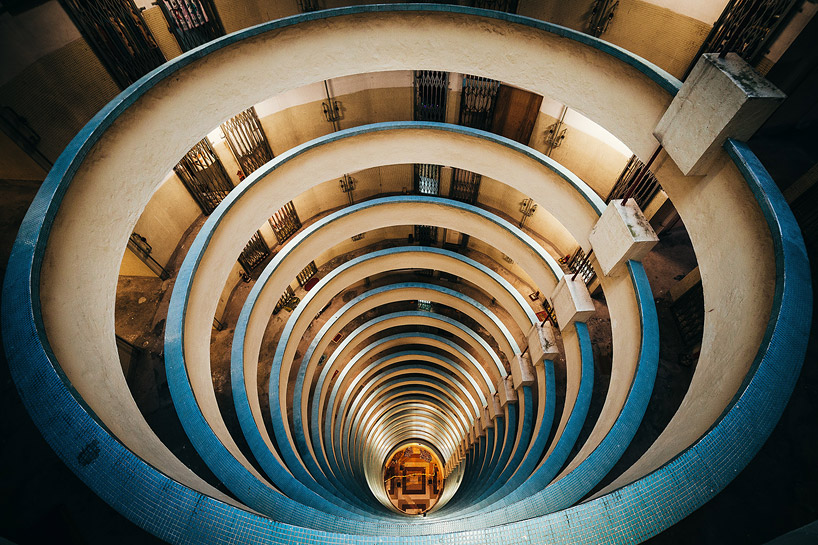 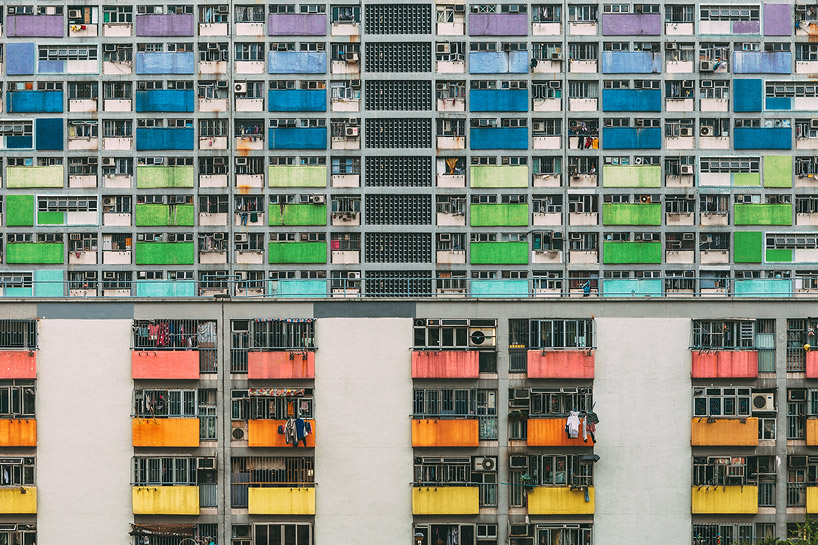 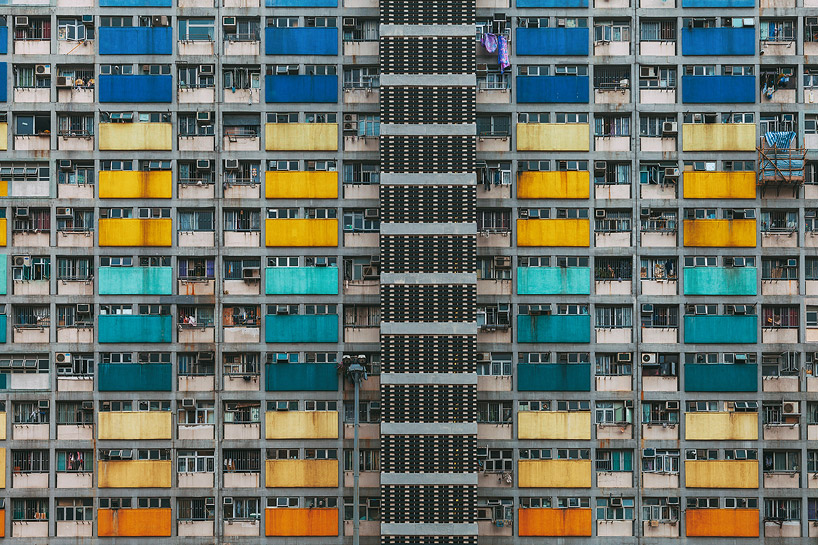 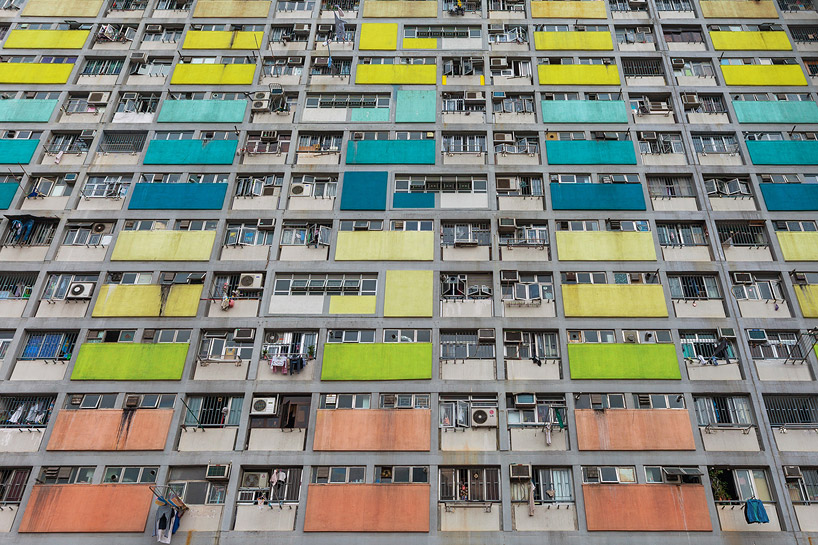 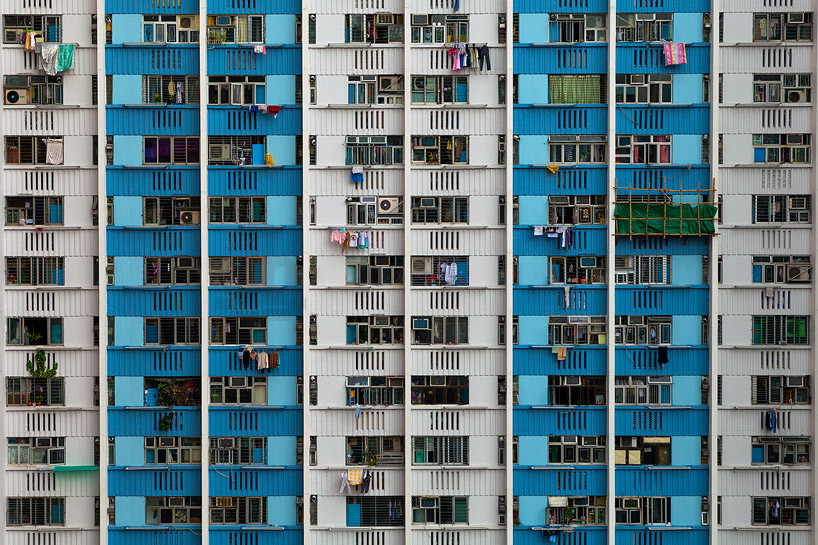 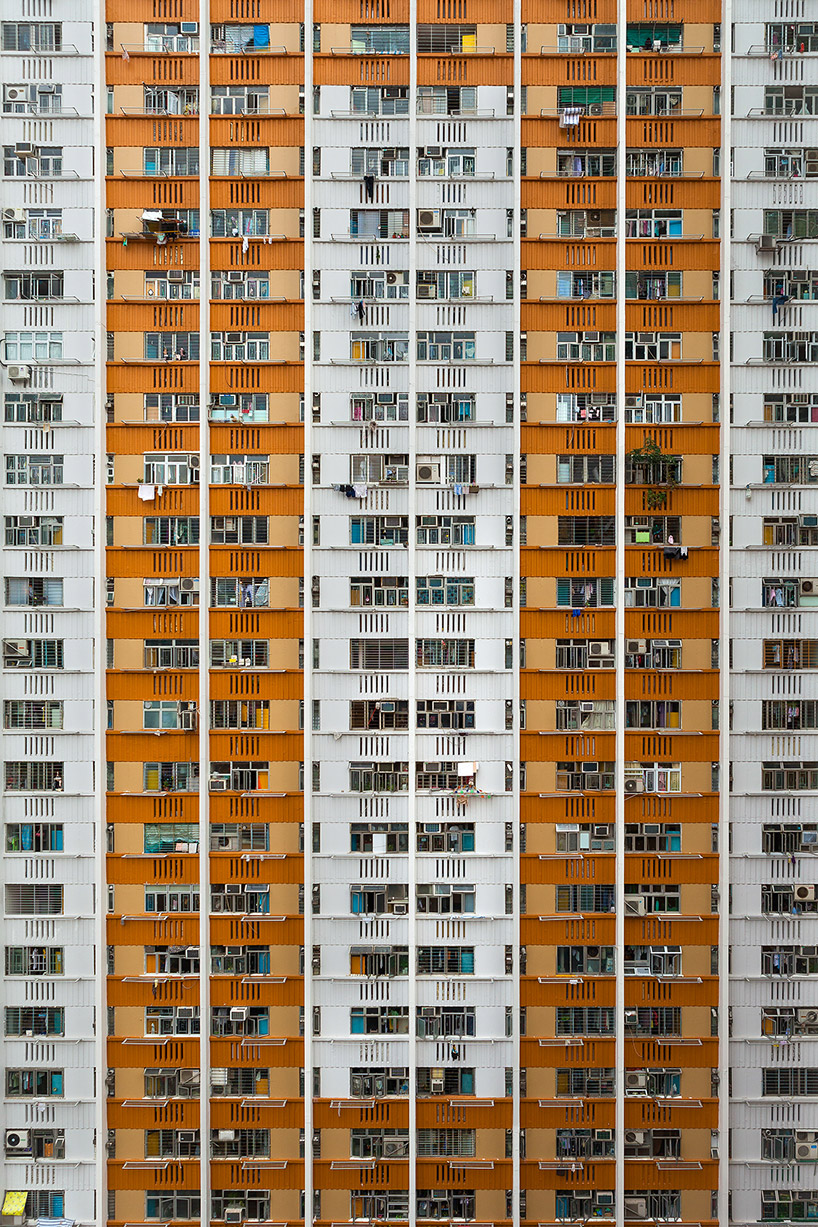 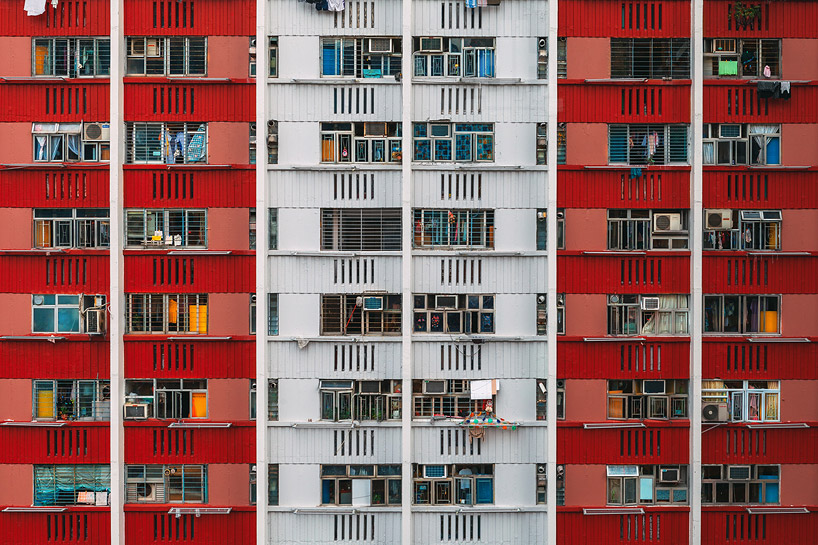 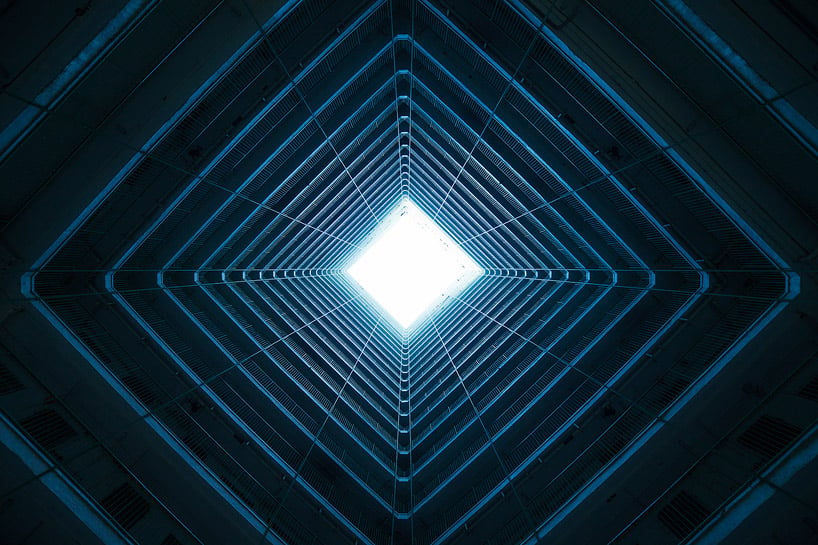 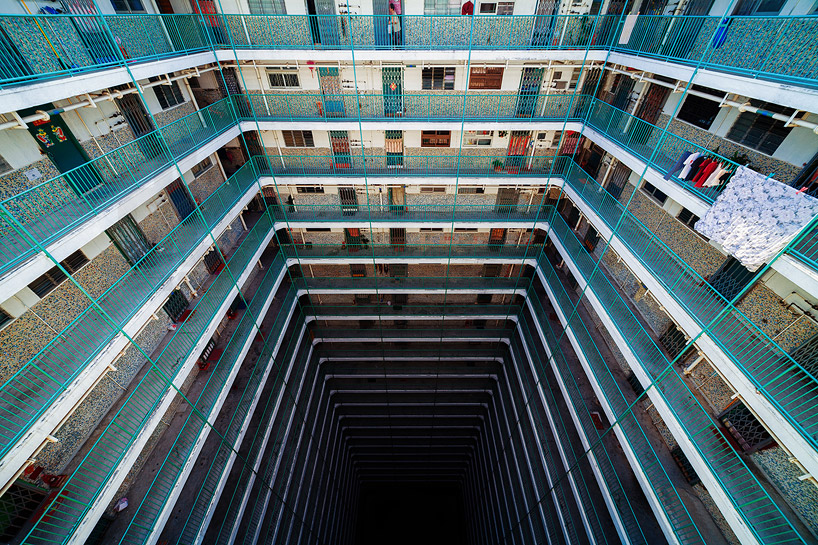 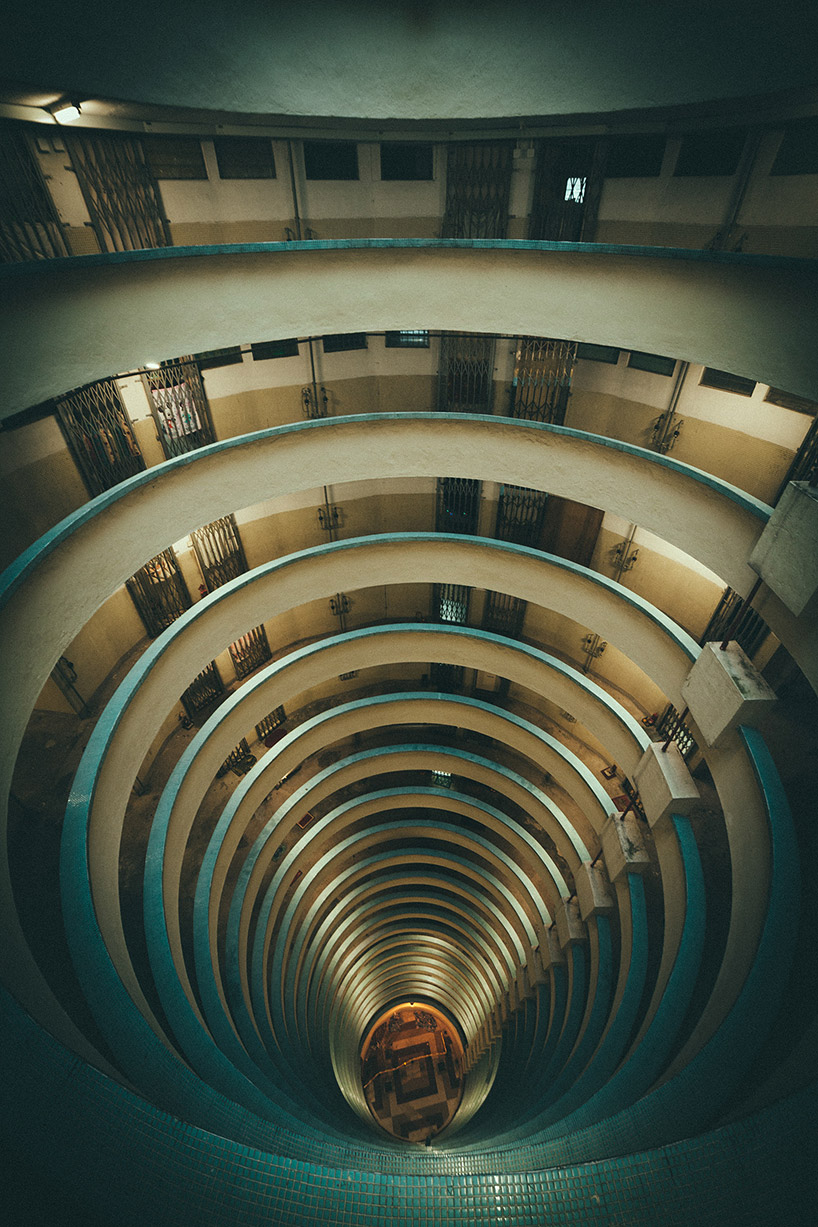 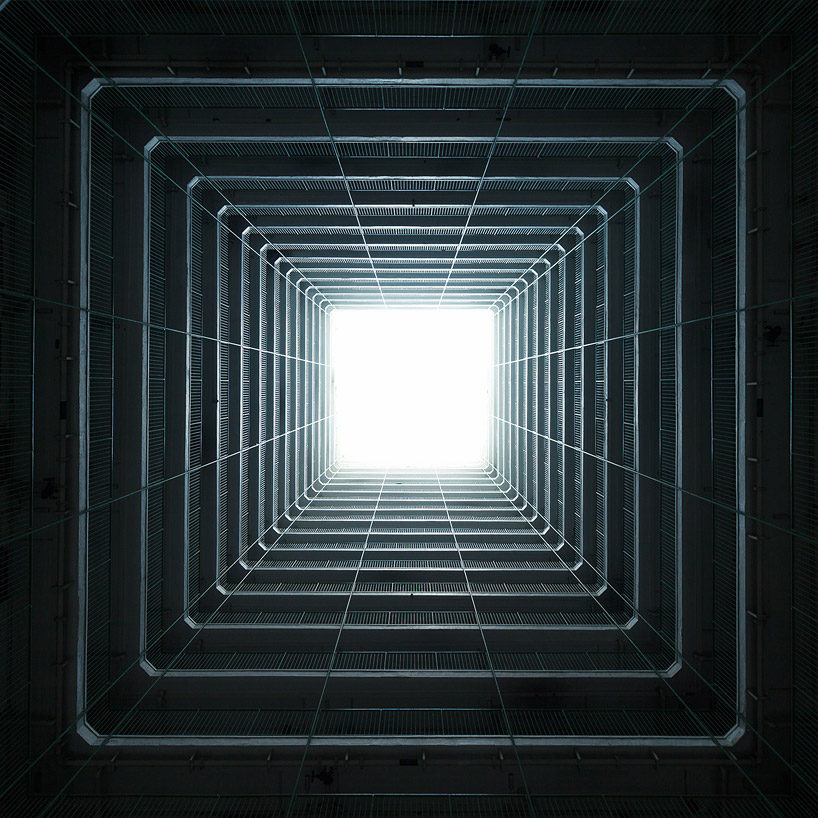