known for his trademark-style oil paintings that are never quite in focus, cape town-based artist philip barlow depicts a world in which figures and objects are seen solely for their interaction with light. in doing so, barlow illustrates scenes of beaches and cities that appear as if taken by camera, positioned outside the depth of field so that the lens only captures the sources of light or the areas in which it is reflected. 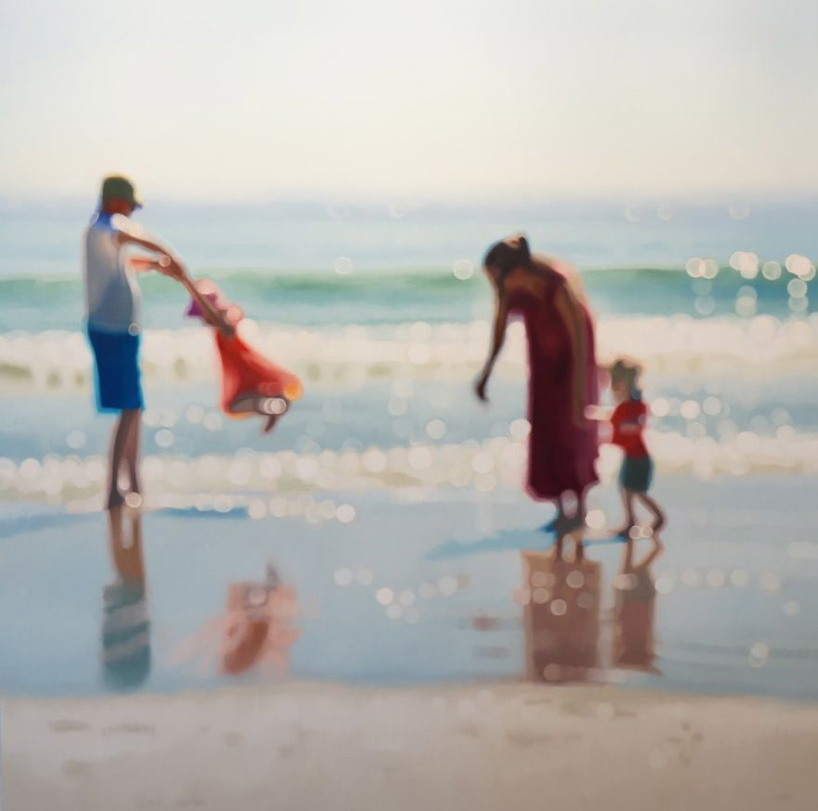 in barlow’s latest series, night, philip barlow depicts ‘out-of-focus’ scenes of cities overlaid with blurry orbs of confetti-like light. ‘the figures in the landscape serve as carriers and reflectors of the light that falls upon them,’ barlow states. ‘bathed in the luminosity, it is my hope that they would become more beautiful. To me, light is the ultimate subject because it embodies the pinnacle of all reality.’ 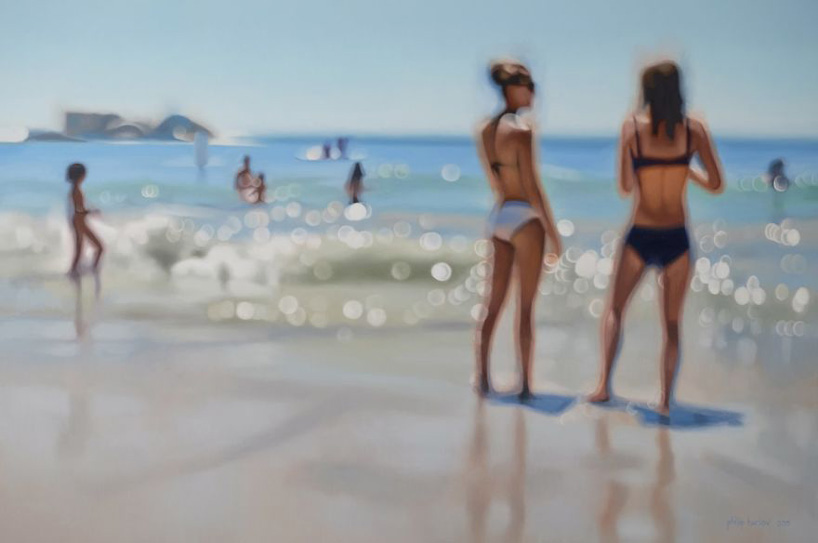 the result is a series of stylized night photography made up of scenes featuring blurry silhouettes of dark figures and industrial city buildings. the effect is similar to one known in the photography world as bokeh, the aesthetic quality of the blur produced in the out-of-focus parts of an image produced by a lens. 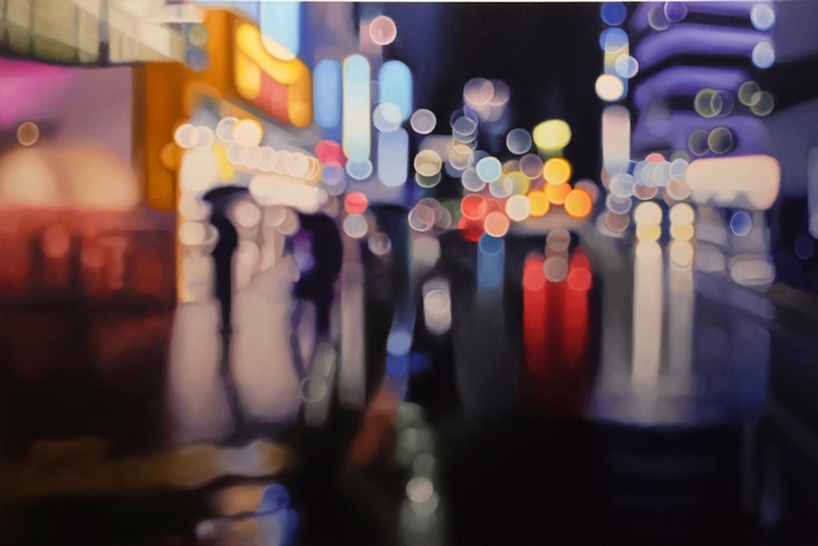 ‘although I work within a long tradition of landscape painting, my depiction of the ‘seen’ landscape is simply a vehicle through which I navigate territory of another nature’, he explains. ‘a landscape less ordinary; where the line between the physical and the spiritual realm has seemingly been removed. however, these scenarios are not intended to be of a surreal nature. hopefully they will seem curiously familiar and convincingly real.‘ 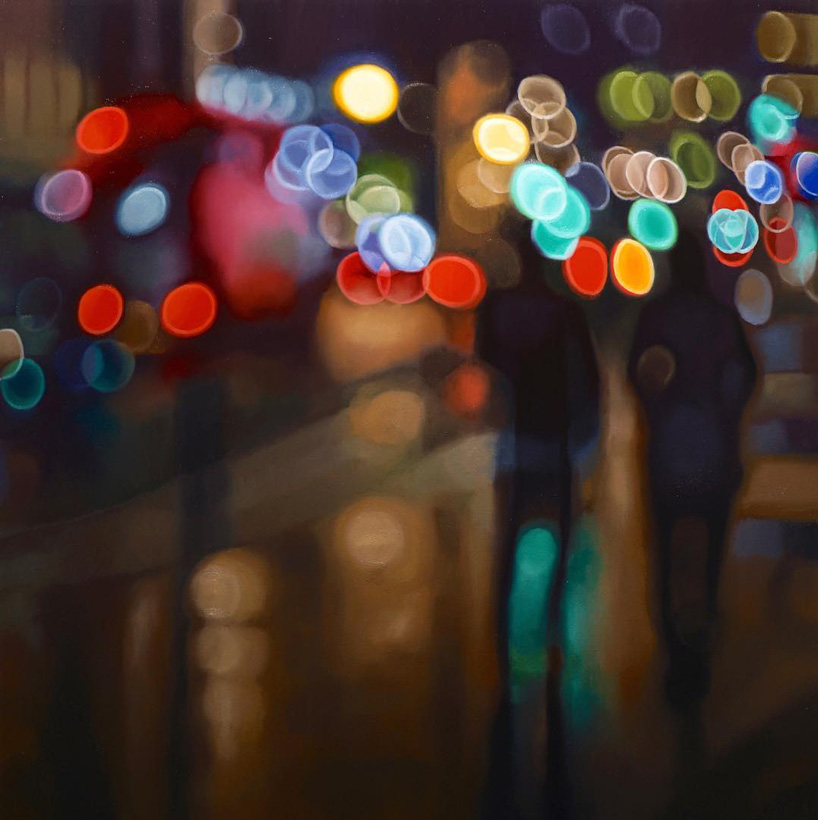 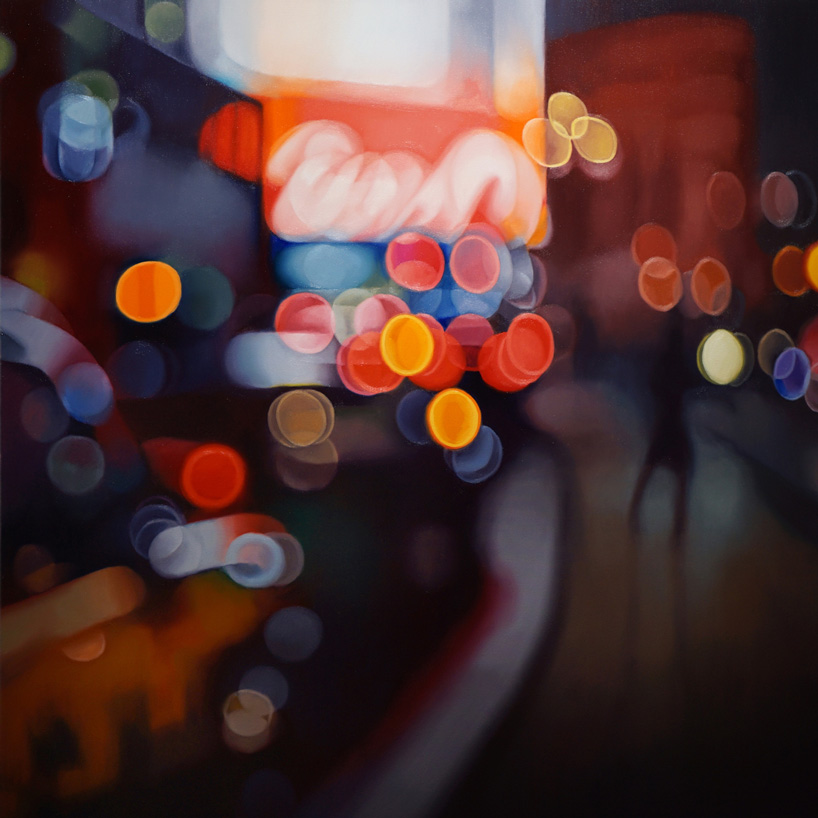 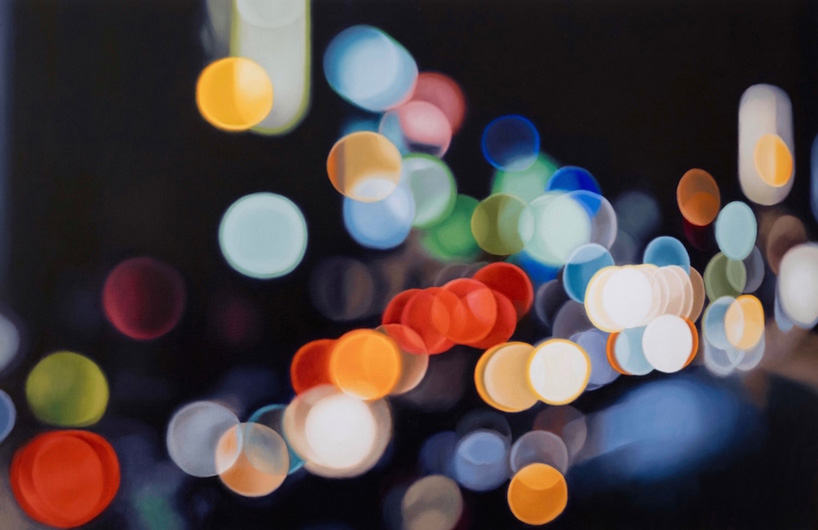 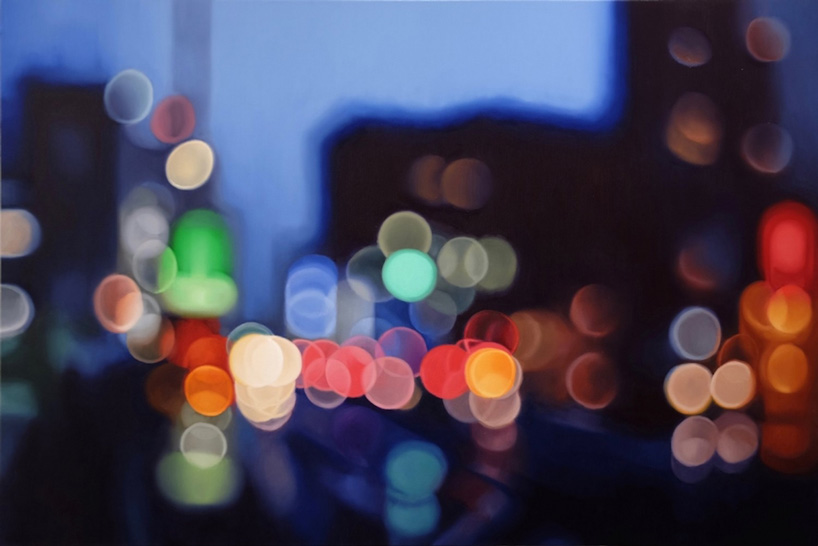 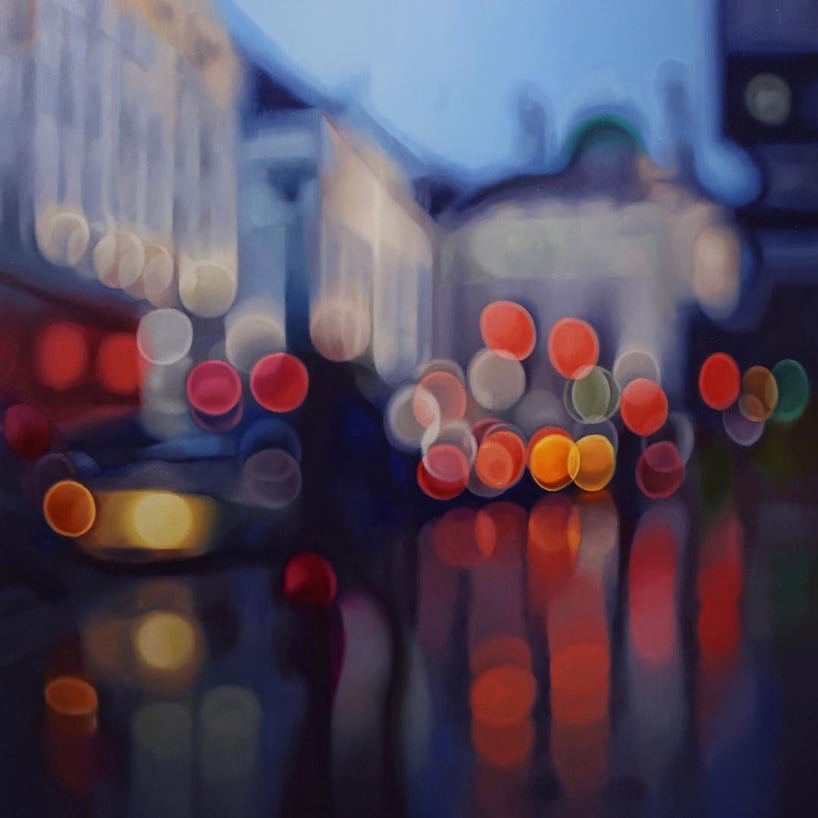 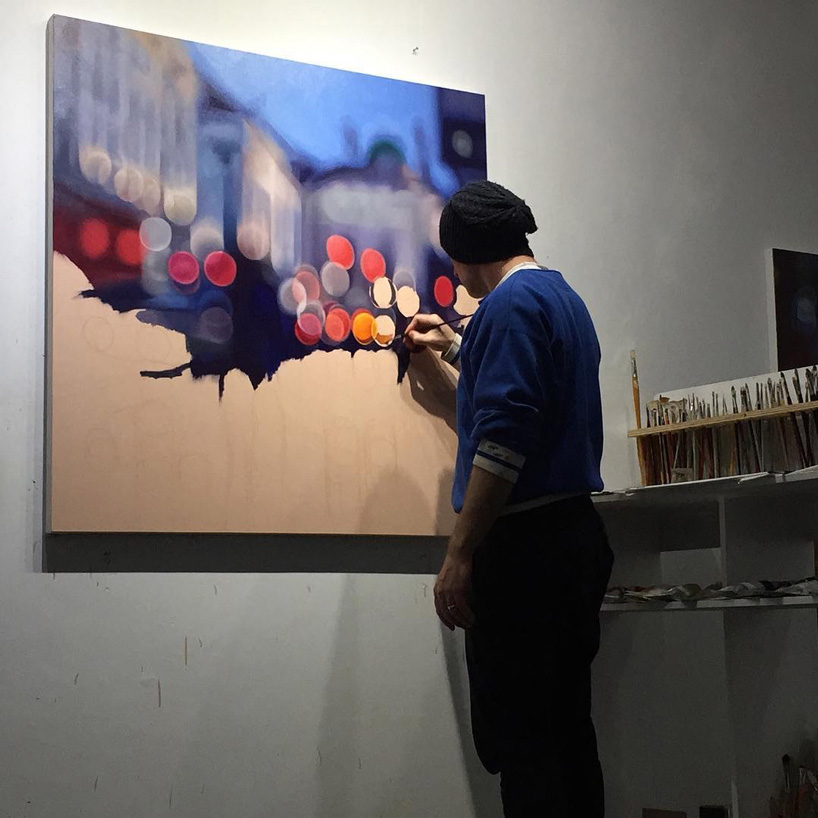 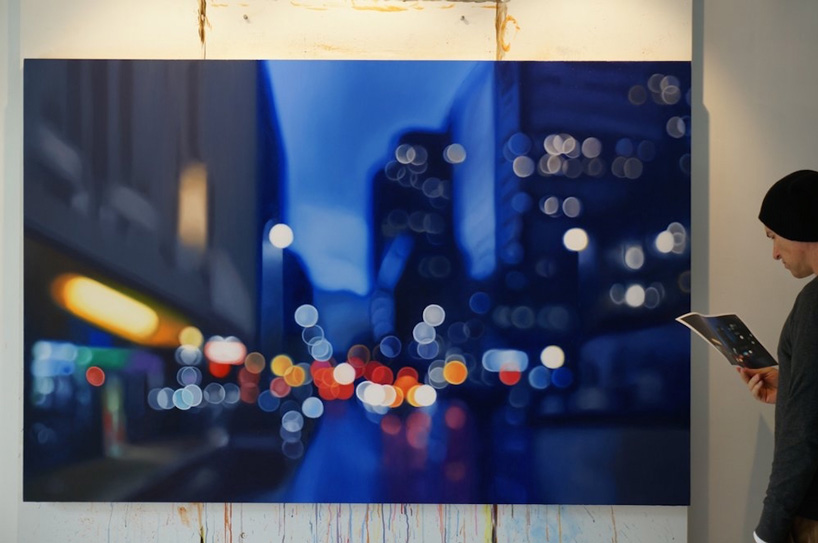 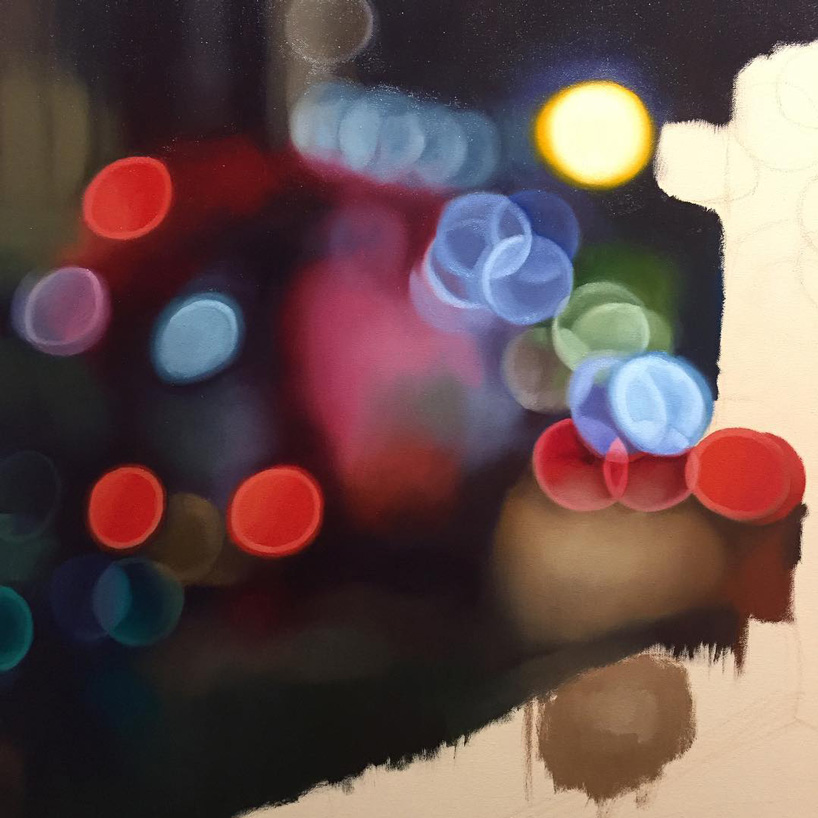 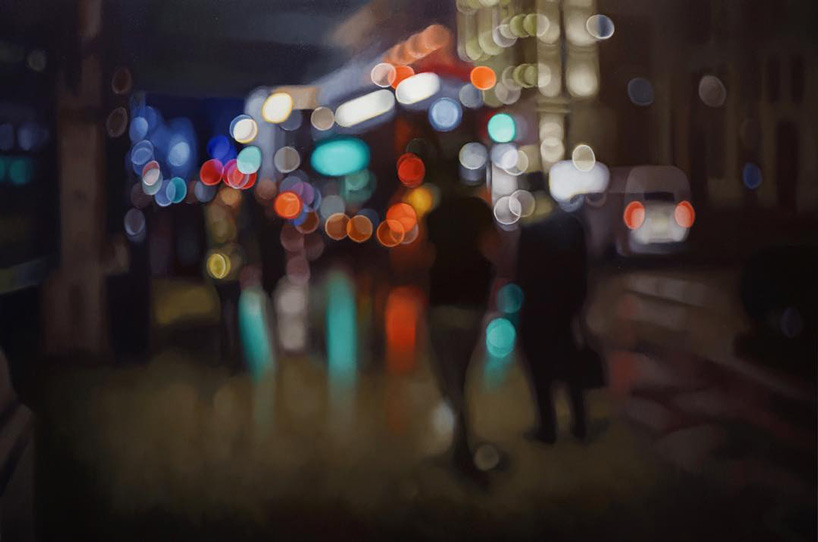