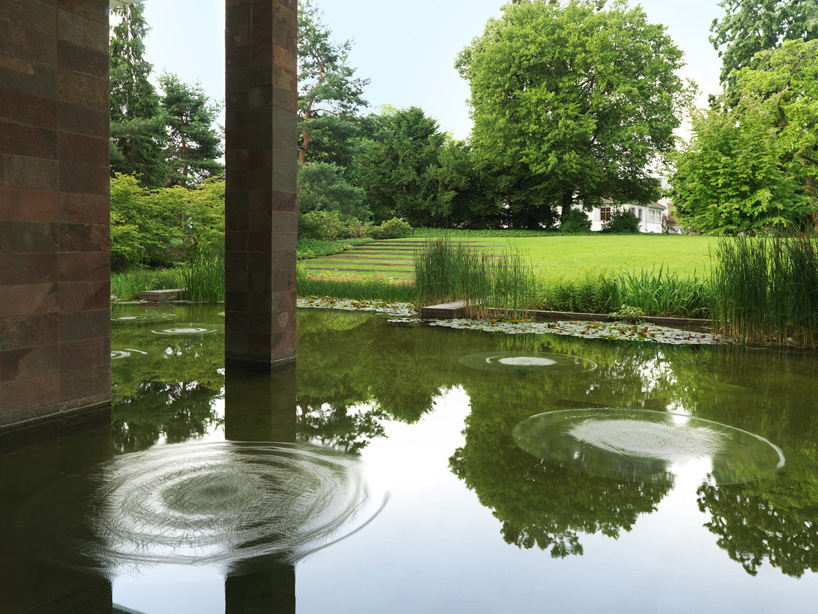 philippe parreno has developed an aquatic sound installation in the garden of fondation beyeler entitled ‘water lilies’. the algerian-born and france-based artist
has constructed his piece comprised of several sonic water lilies to co-exist with its live counterparts in the pond by the museum’s entrance. this particular work
allows the sound of the ‘vegetal beast’, featured in ‘continuously habitable zones’ (CHZ) (2011), to move into the exterior space from the screening played from
within the museum. in the film ‘continuously habitable zones’, darkened views of a garden in portugal are pictured in the short artwork. the sound waves are
produced by small speakers on the floor of the pond which create uniquely patterned ripples in the water, moving out in a jumping circle from the sonic
epicenter below. in the same way that the film was informed by the landscape, the garden is then shaped by CHZ, perpetuating this active exchange or
interaction between the real and unreal. 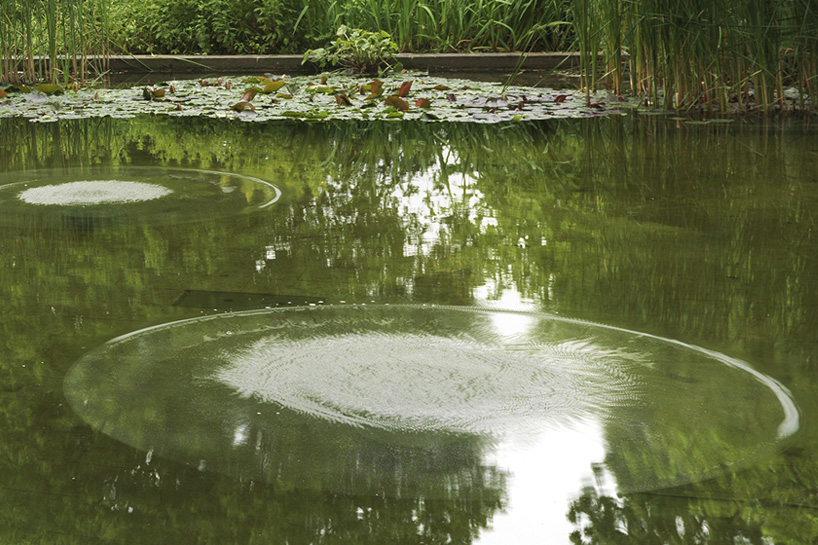 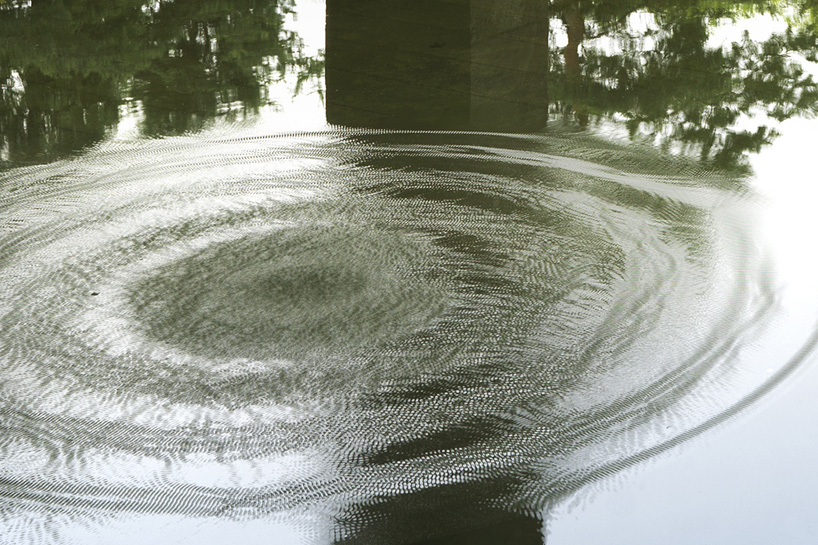 the sound waves create ripples in the water, moving out in a circle from the epicenter of the underwater speaker
image © designboom 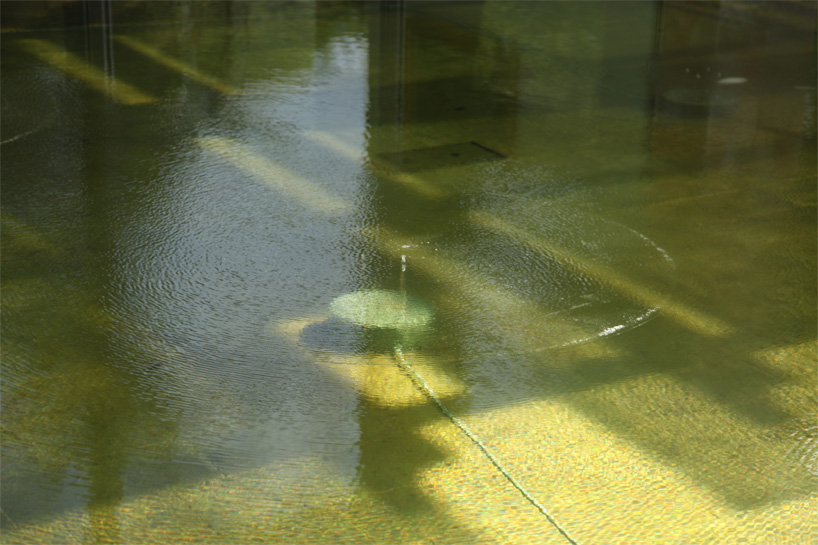 as the sunlight plays off the movement in the water, the viewer may recognize the waves bouncing off of neighboring ripples
image © designboom 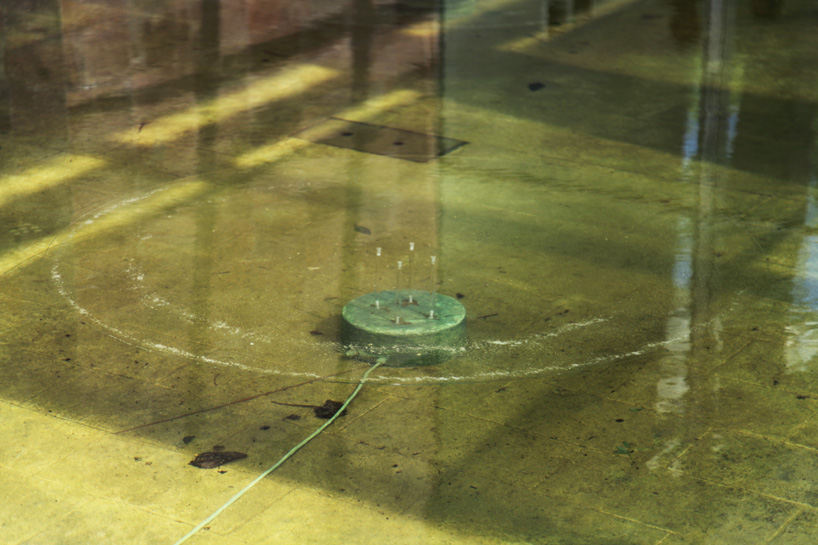 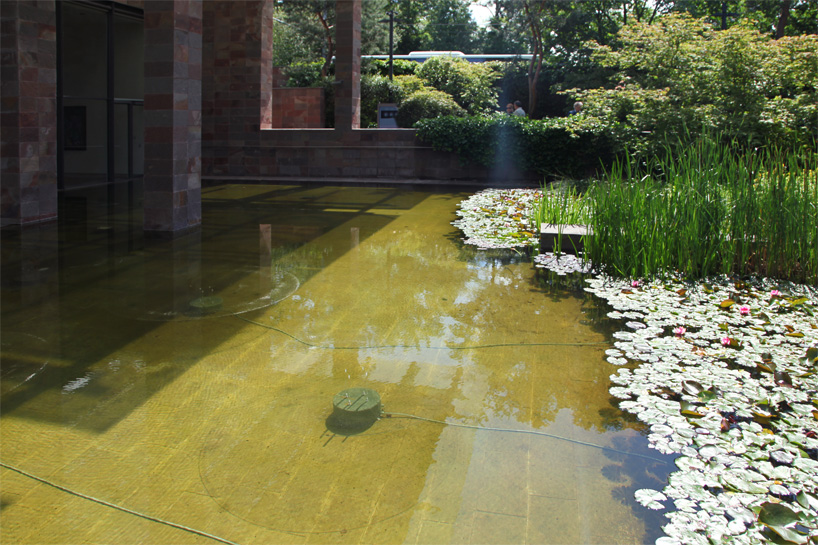 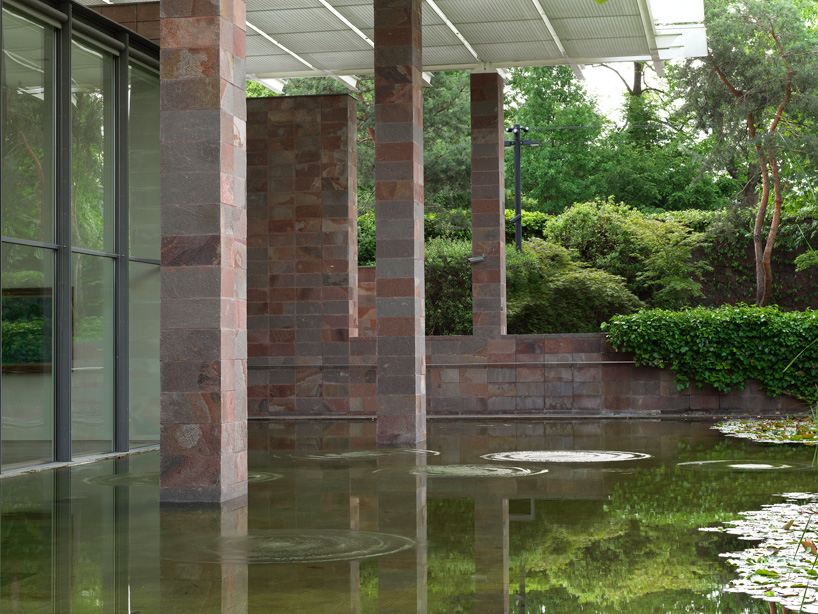 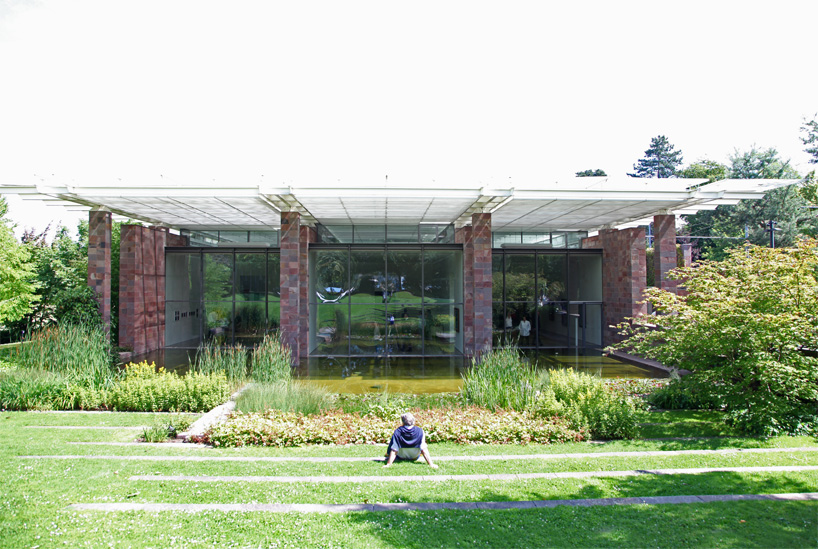 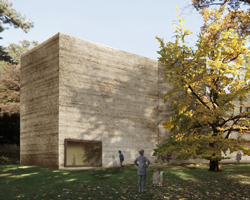 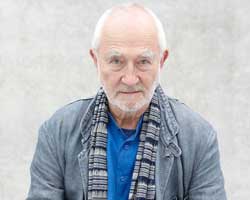 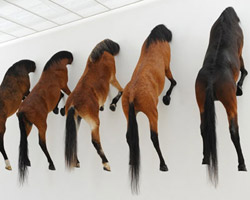