you know that feeling when you’re blowing up a balloon and you feel like its about to burst? the anticipation of what is about to happen and the anxious suspense. photographer daniel forero has captured that feeling, although this time no-one is actually blowing the balloons up. instead, they are precariously placed among other objects clearly chosen for their threatening characteristics. 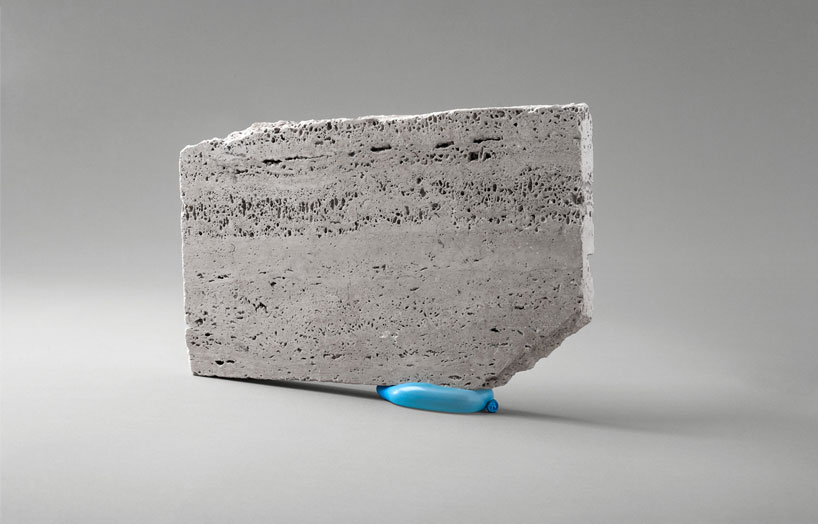 in the photo series titled ‘air‘, heavy pieces of marble and stone are specifically positioned to pressure the inflatables. the images seemingly capturing the balloon moments before it bursts. how forero does it isn’t clear. perhaps the balloons are photoshopped? more likely they are filled with cement and made to look as though they are on the verge of popping. 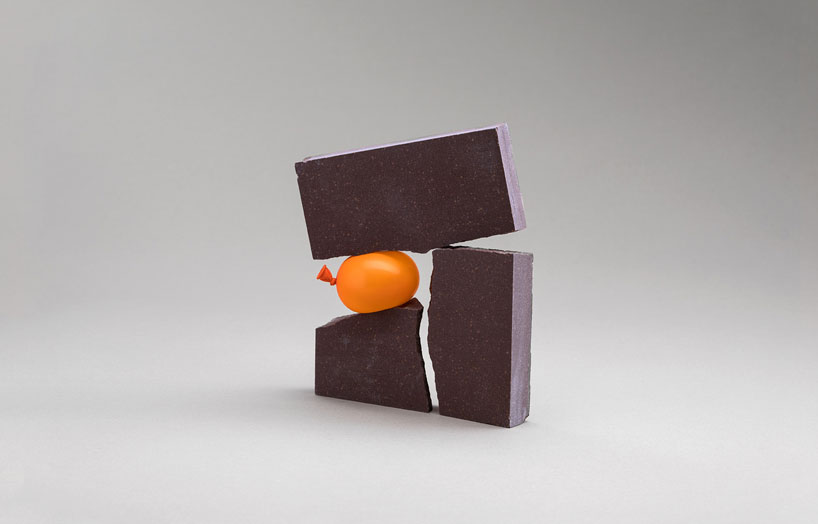 based in france, freelance art director-cum-photographer forero makes a habit of creating and capturing unsettling compositions. in another short series titled ‘acupuncture‘ he created tongue-in-cheek compositions of food subjecting them to the medical treatment. other work includes digital manipulations of objects, combining unlikely associations that render them unusable or just completely bonkers! 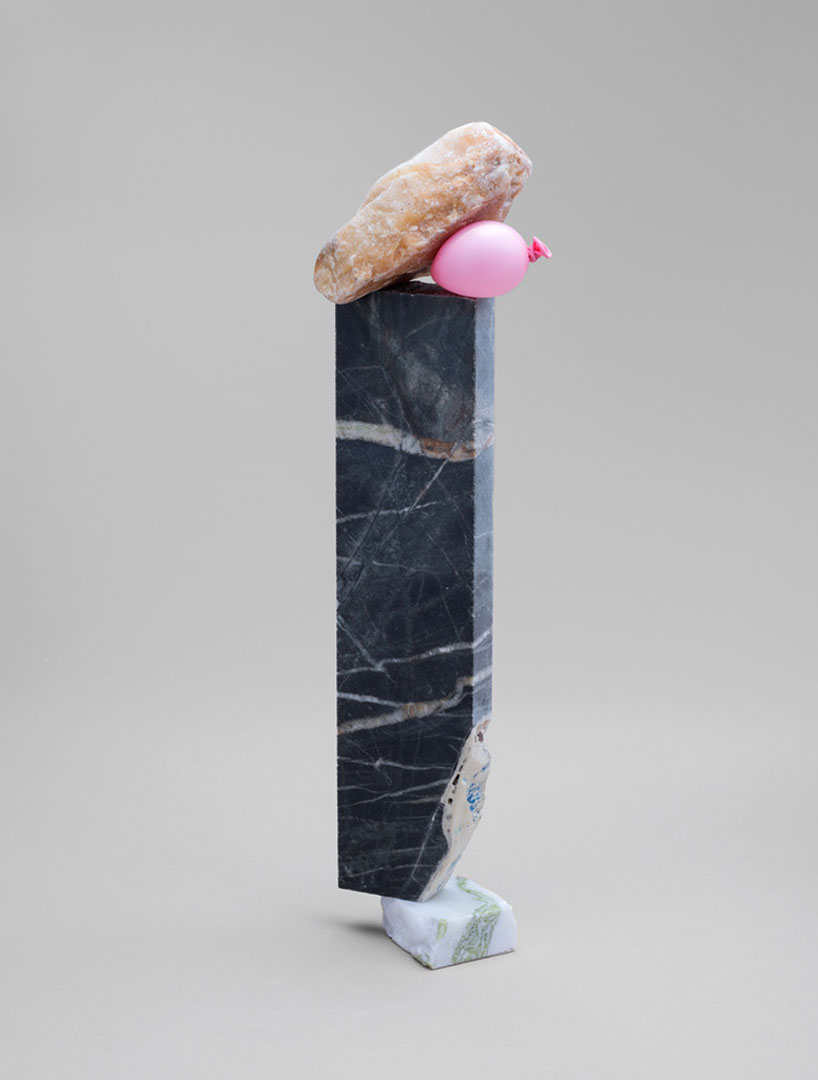 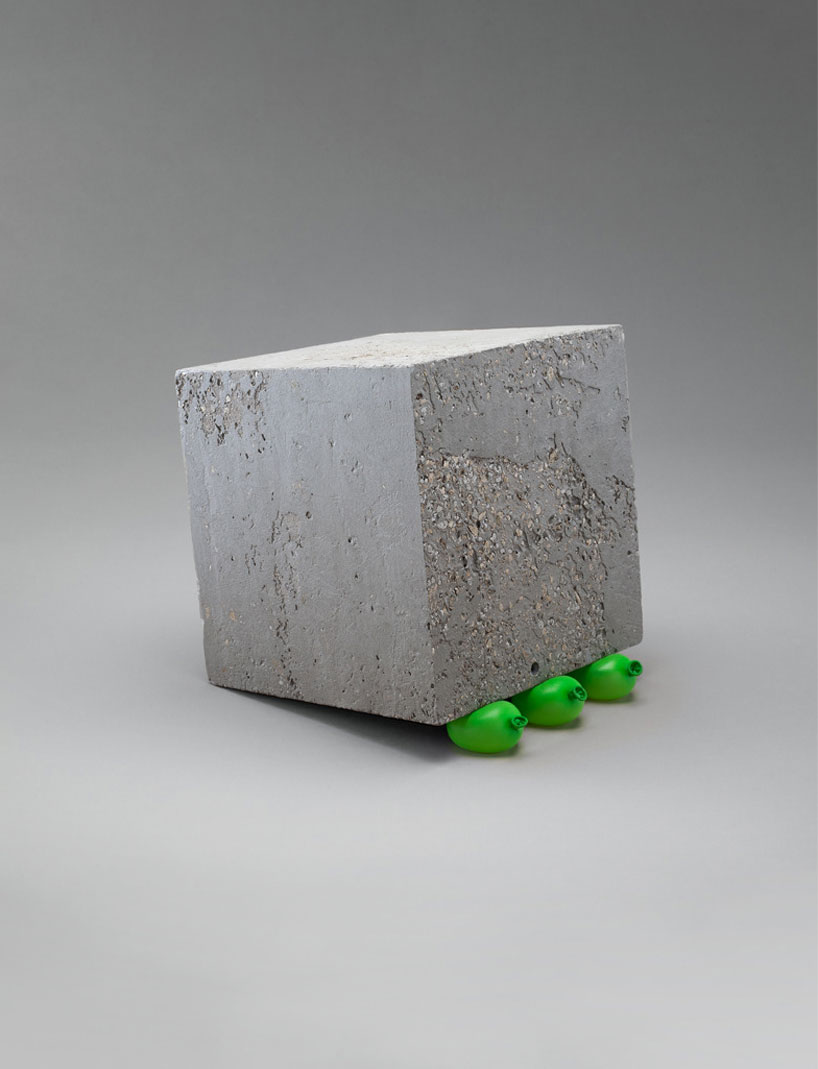 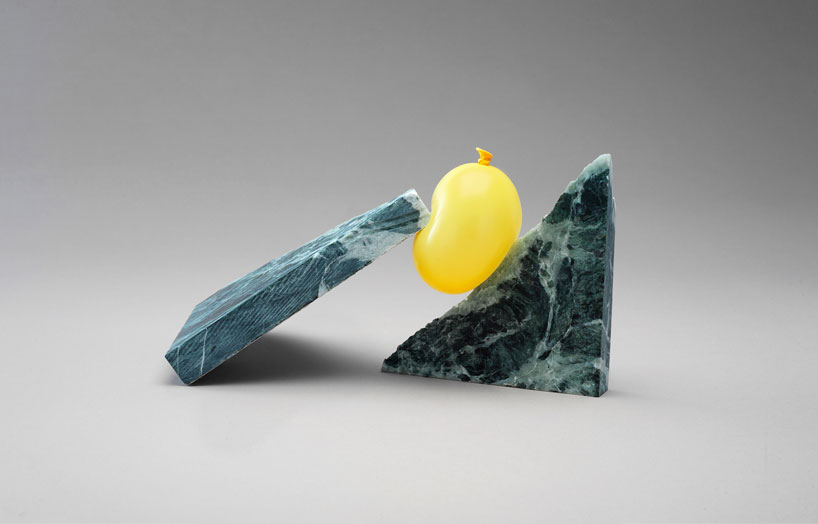