From the mud brick houses of the Atlas Mountains region to the sand dune fields of the Sahara desert, this photo series highlights the dusty rose hues that seamlessly blend Morocco’s landscapes and architecture. Captured by photographer and 3D artist Marianna Roussou, the enchanting images take viewers on a journey that begins in Marrakech. Its material palette, which has given Marrakech the nickname of ‘Red City’, envelopes old and new constructions in a mesmerizing veil of dusty pink and terracotta tones. Among the buildings captured are historic landmarks like the Walls of Marrakech, which enclose the city’s medina districts, and the Saadian Tombs, a royal necropolis, as well as more recent constructions like Studio KO’s Yves Saint Laurent Museum. 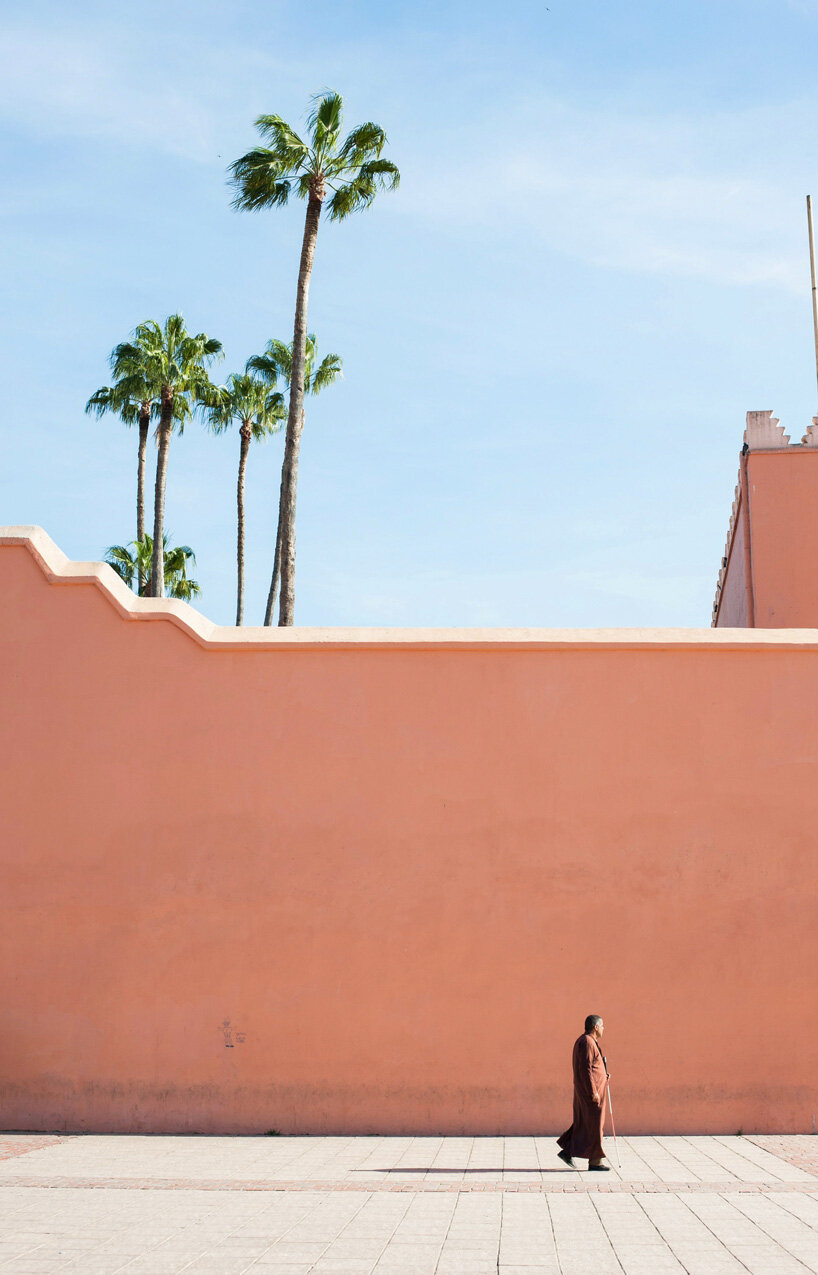 Part of Marianna Roussou’s ‘Passing by Places and Faces’ photo series, the rose-tinted images of Morocco focus on how the use of vernacular and local materials has resulted in a harmonious blend between nature and the built environment. Due to its diverse geography and long history, the country’s architecture has been influenced by many cultures throughout the centuries. One of the most recognizable styles is that established by the Berbers, an ethnic group native to Morocco. The Berbers’ use of mud brick, known as pisé in French, as their dominant architectural material has endured to this day and can be found across the country.

On the route from Marrakech to the Sahara desert, the Athens-based photographer and founder of design studio Hooga, captured a series of historic sites including Aït Benhaddou, a mud, clay and straw Berber village that has been a UNESCO world heritage site since 1987; Kasbah Taourirt, a historic fortified residence complex, or kasbah, made largely of rammed earth and mud brick in Ouarzazate; and the Berber houses of the Tinghir oasis. The photographic journey ends in Merzouga, a small Moroccan town in the Sahara Desert, where a hypnotizing landscape of dusty pink, terracotta, and orange emerges when the sand dunes meet the early morning light. 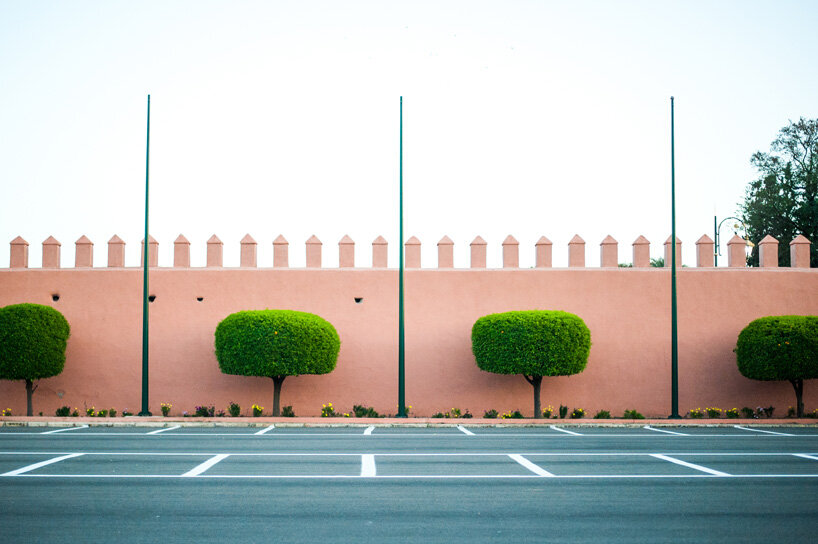 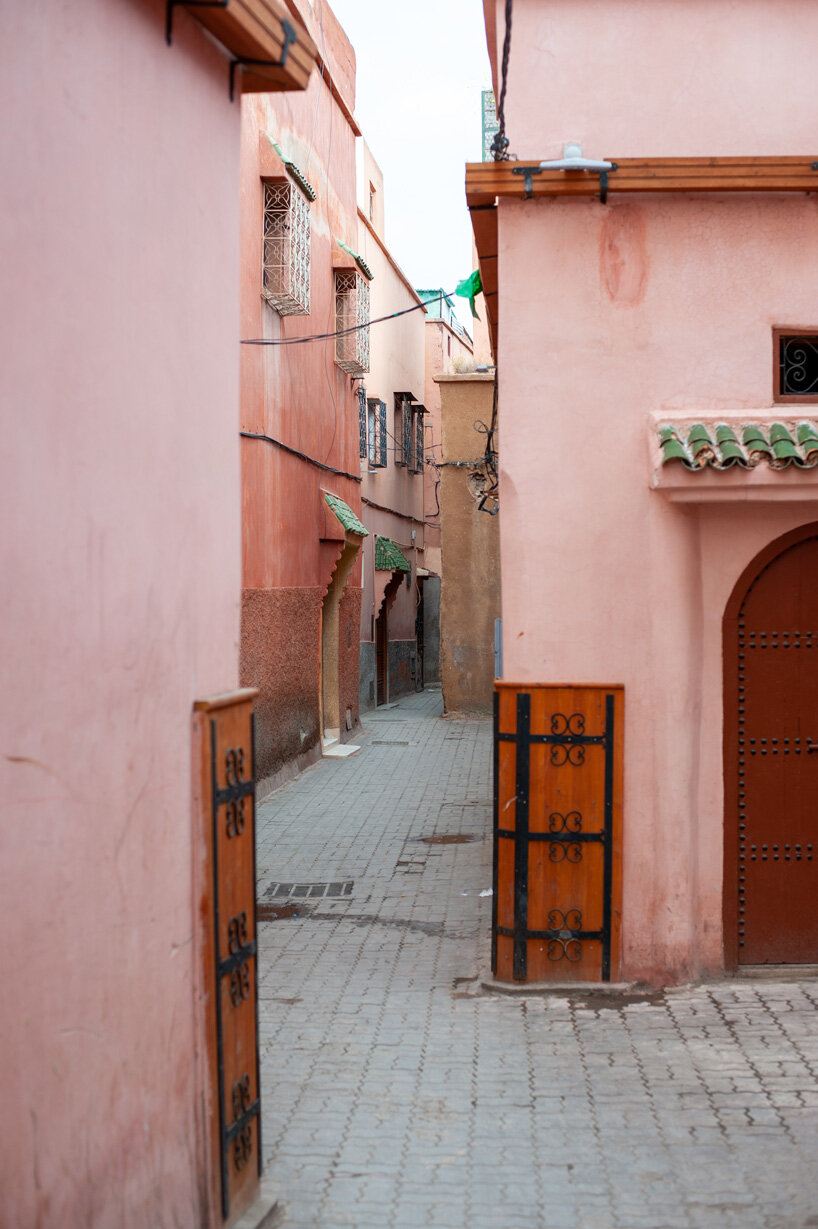 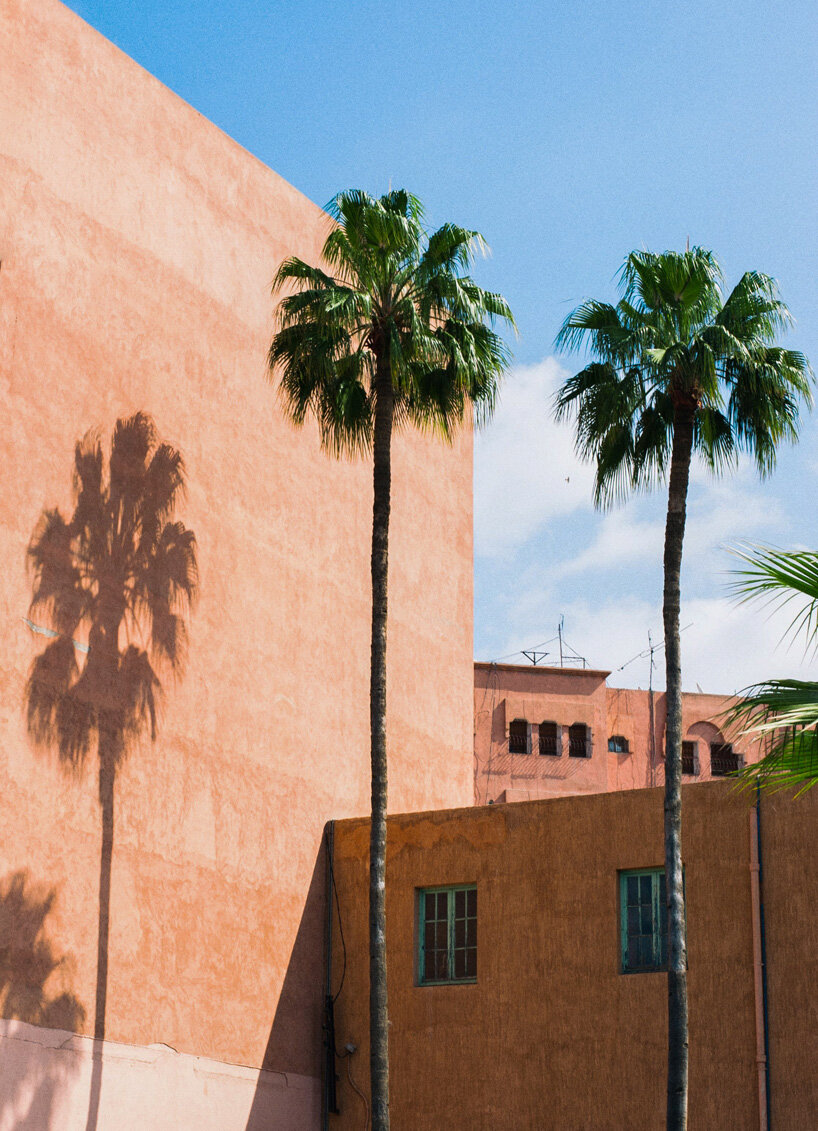 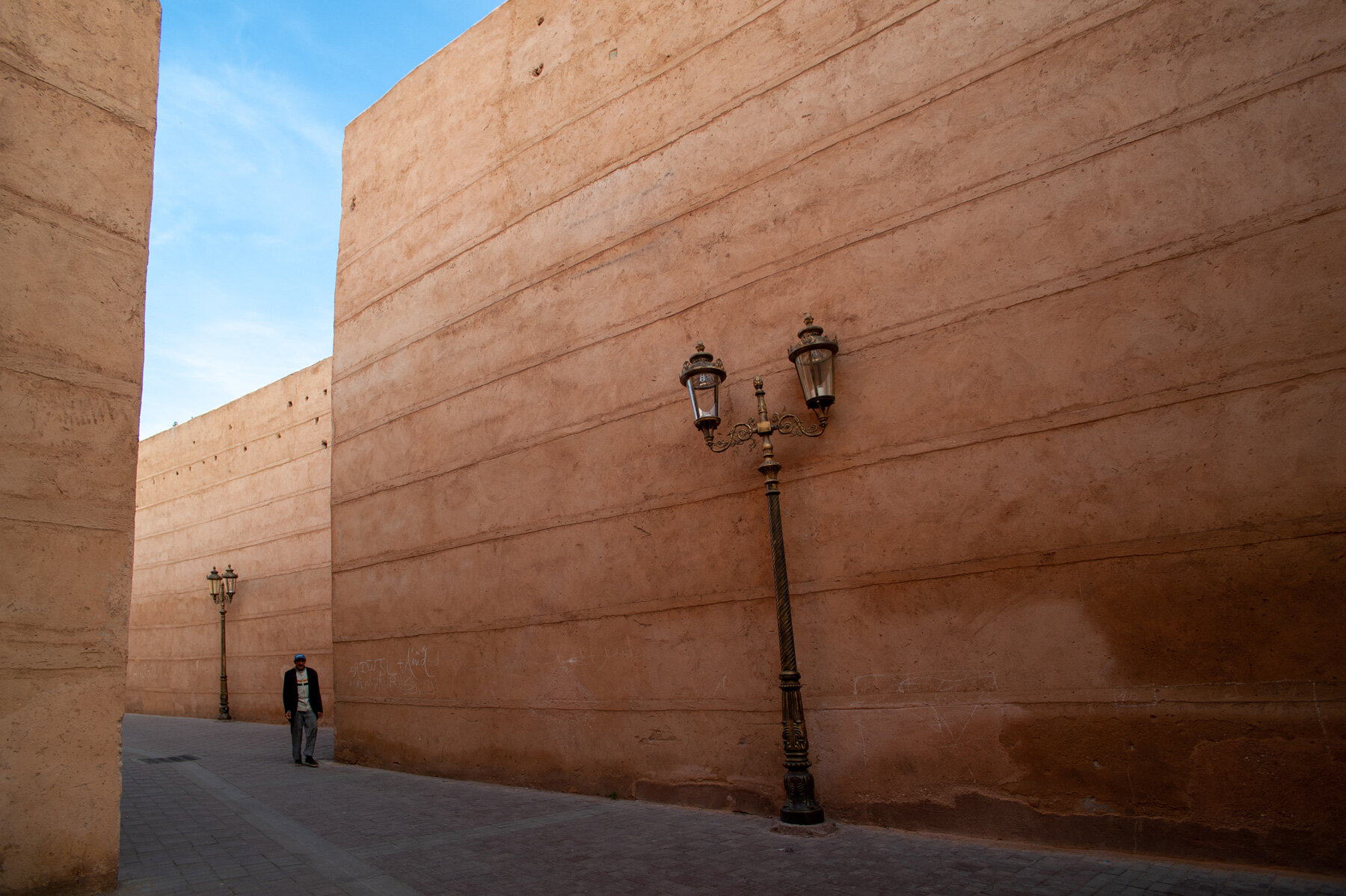 at the Saadian Tombs, a historic royal necropolis in Marrakech 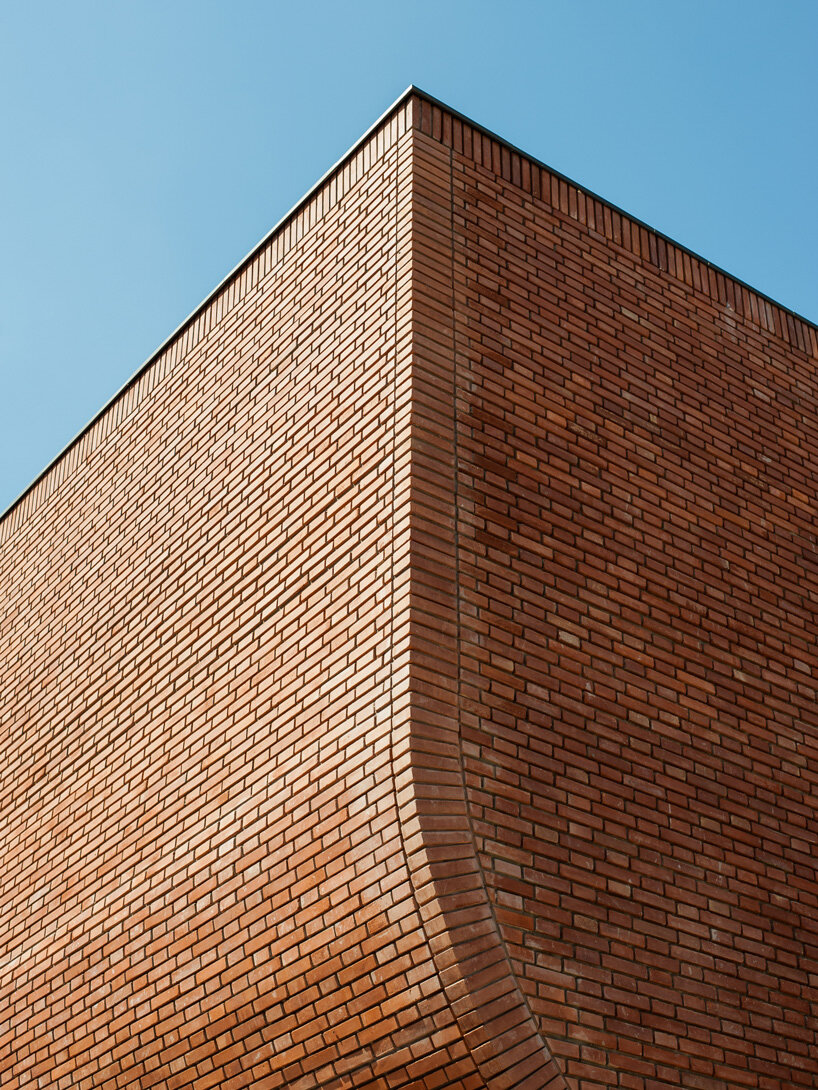 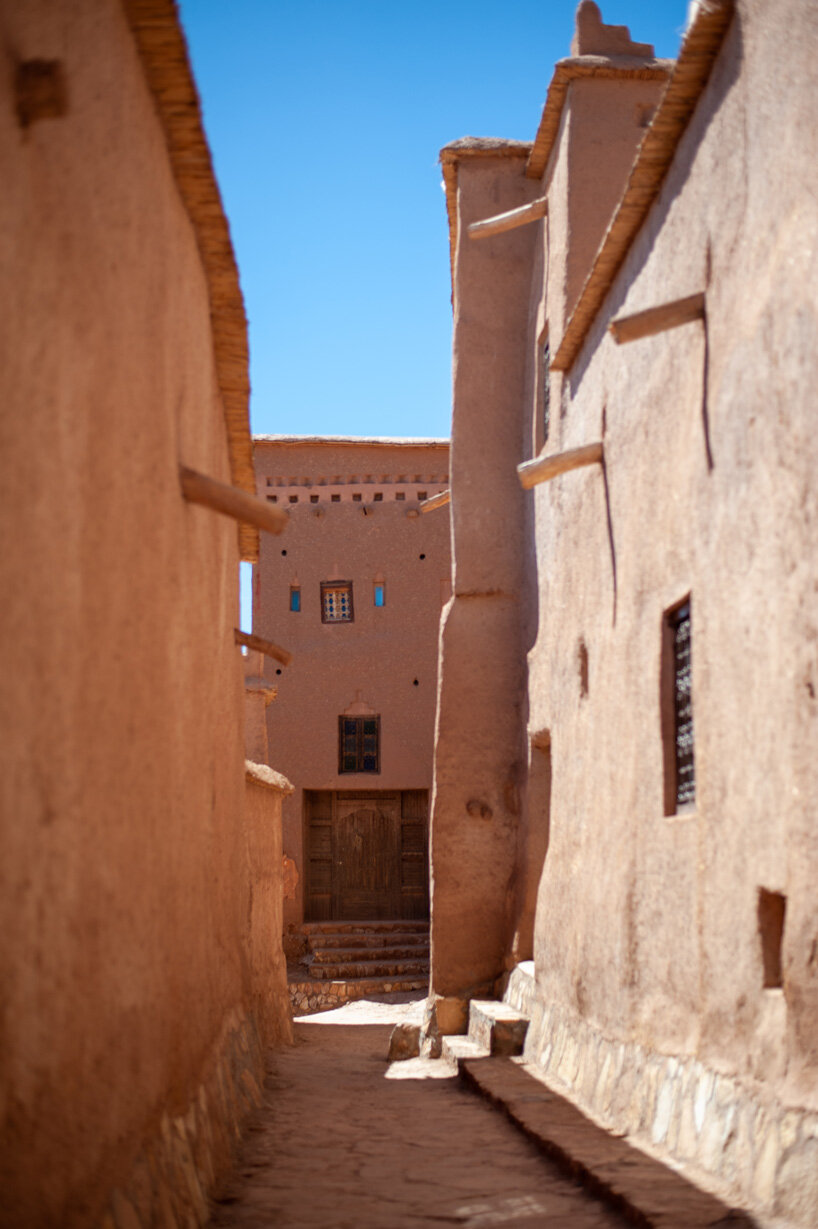 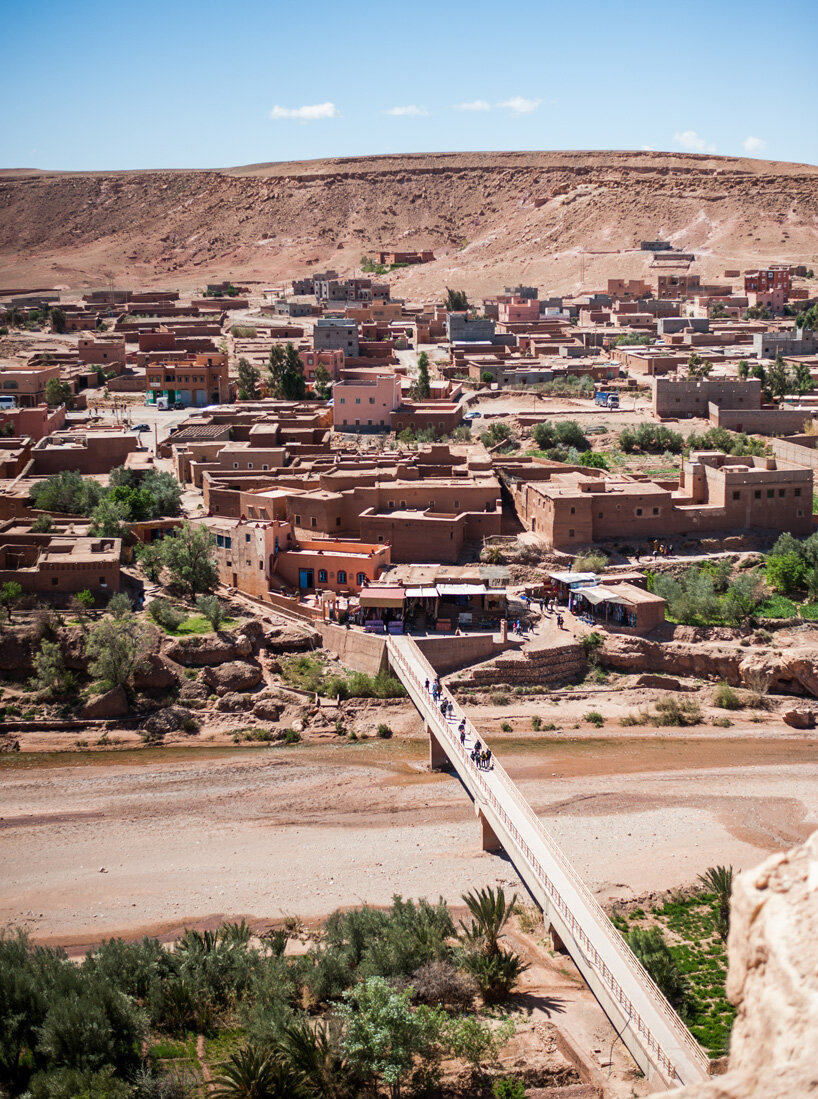 built of mud, clay and straw, the Berber village has been a UNESCO world heritage site since 1987 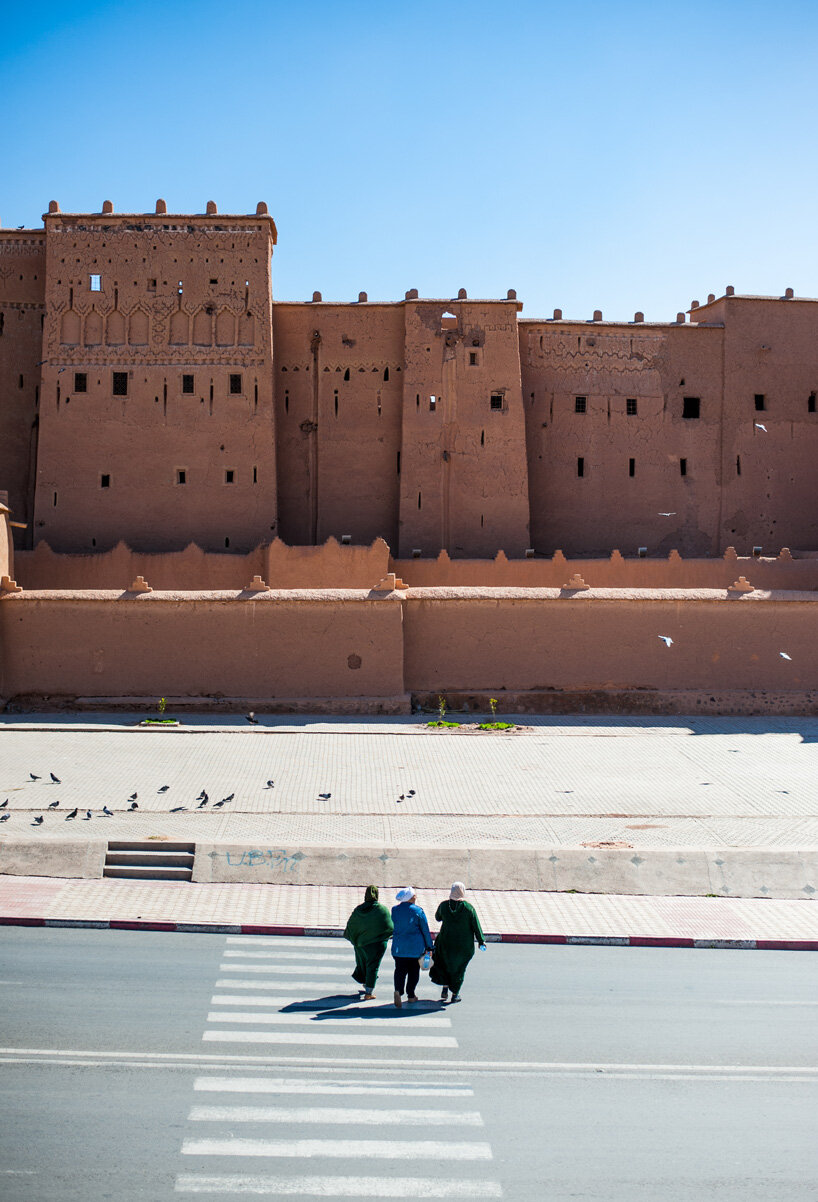 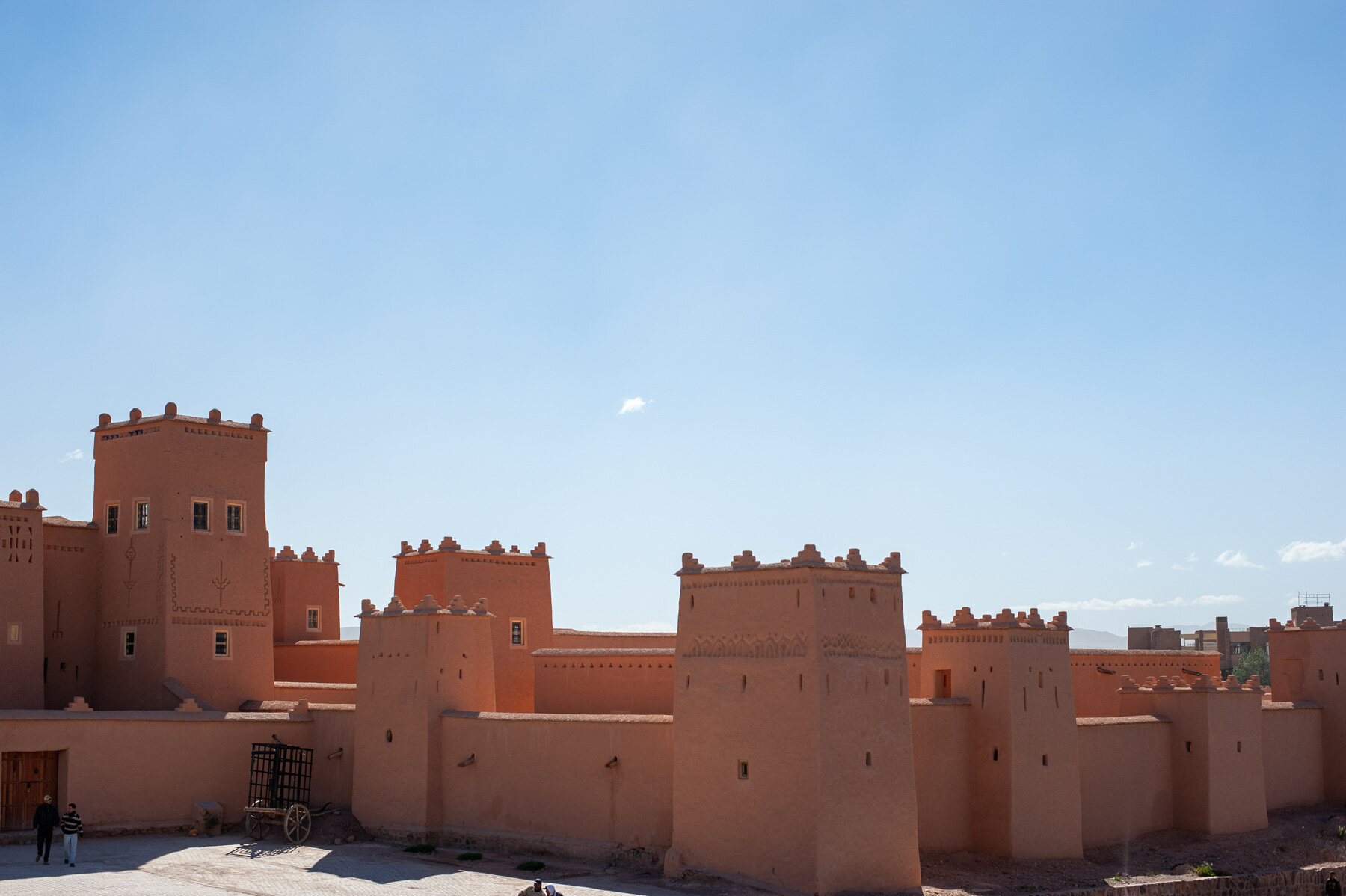 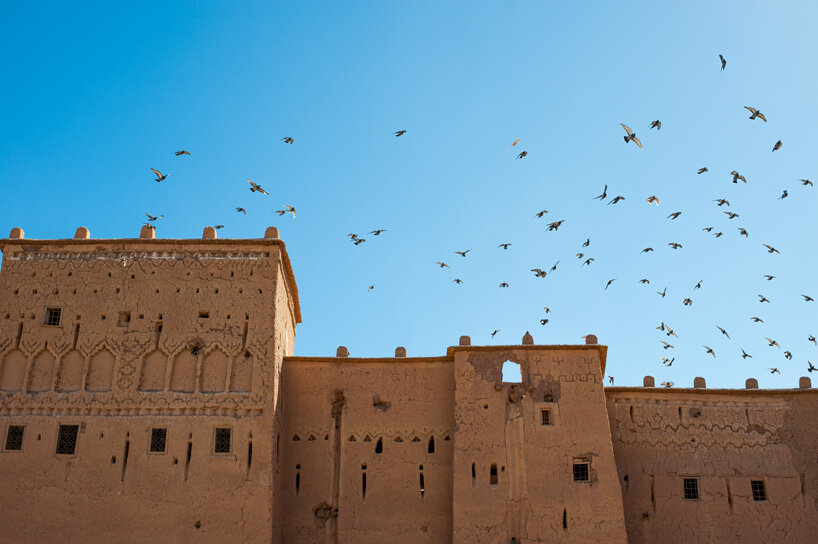 the complex is made largely of rammed earth and mud-brick 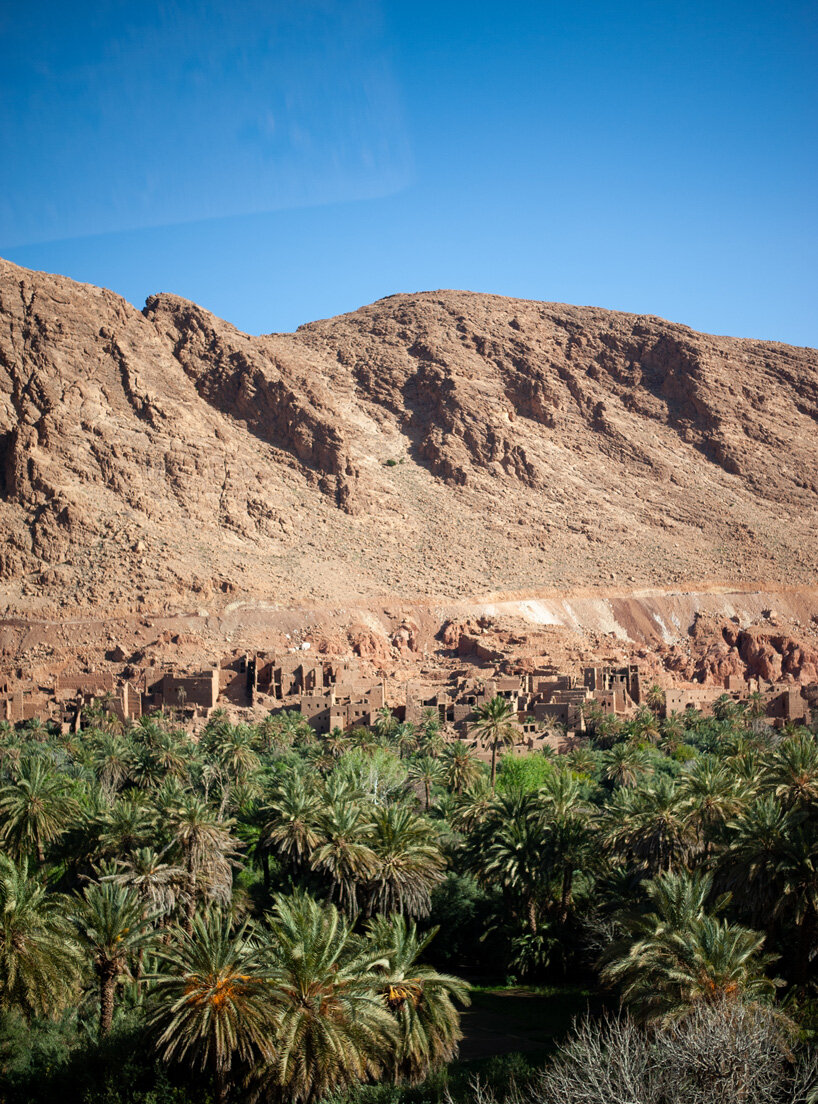 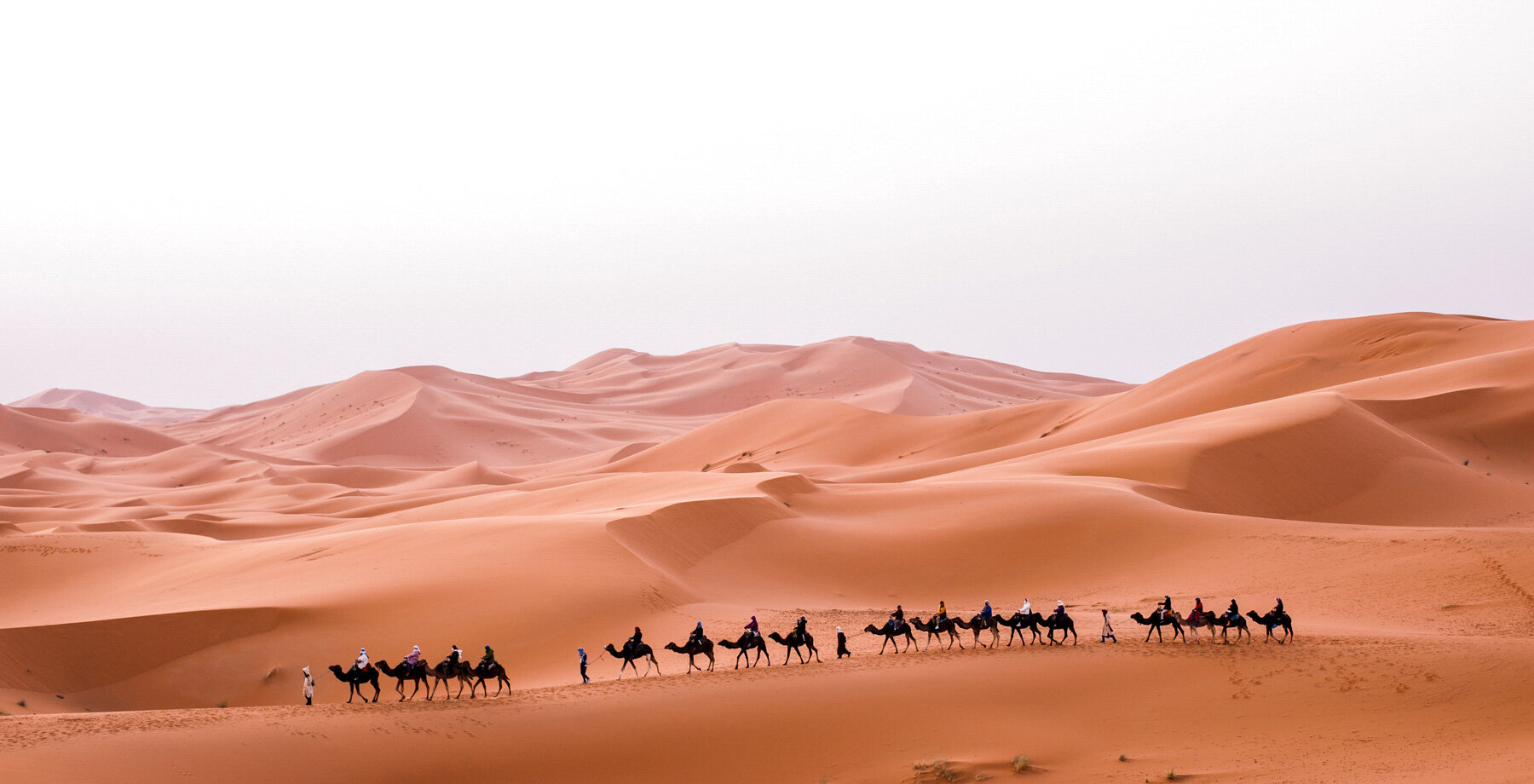 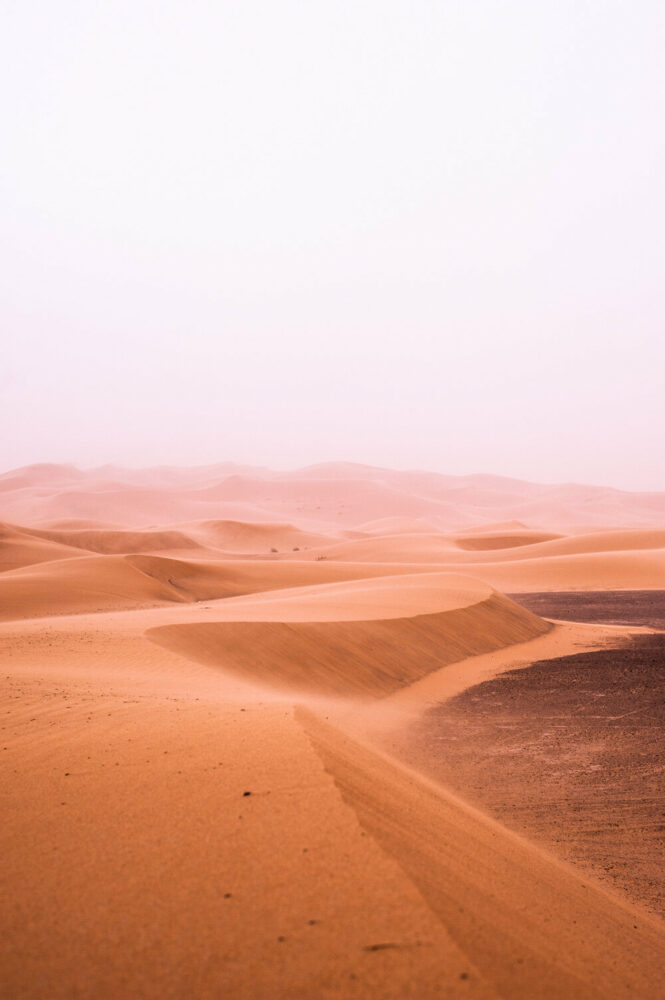 a hypnotizing landscape of dusty pink, terracotta, and orange emerges in the desert 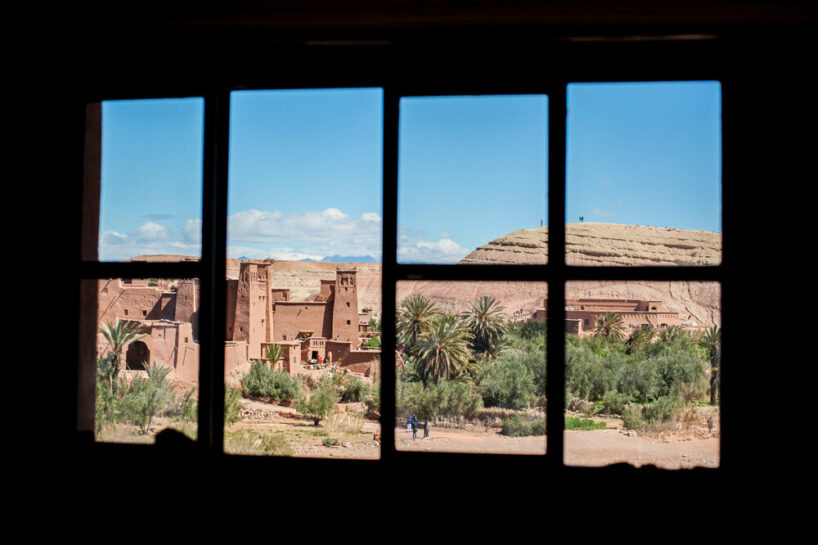 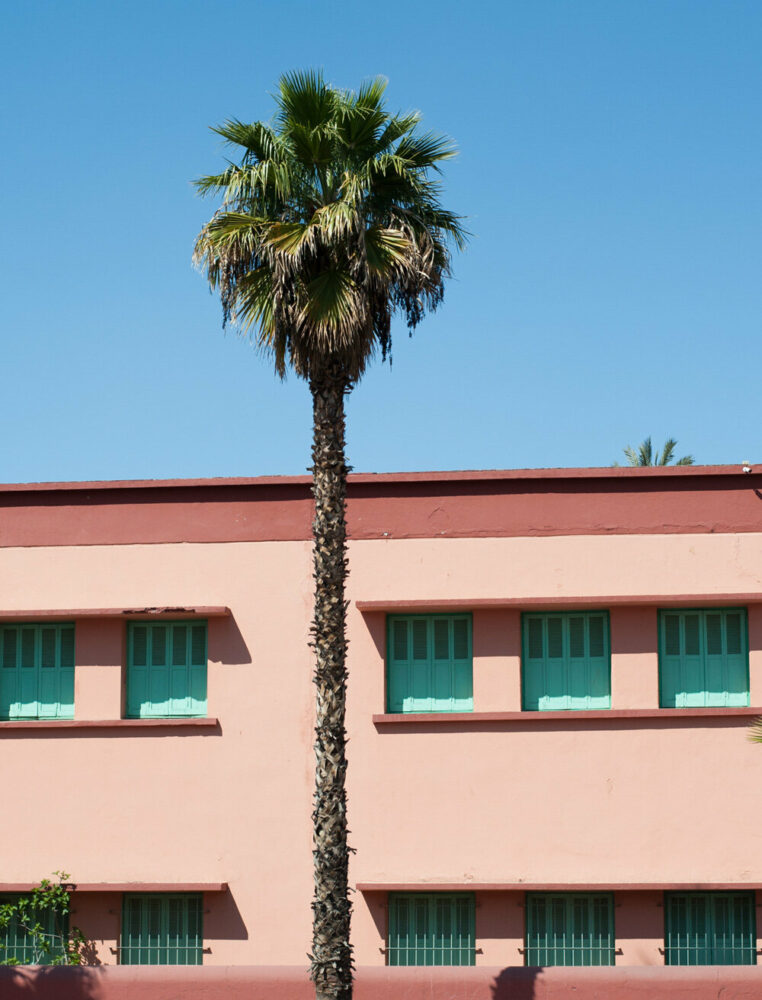 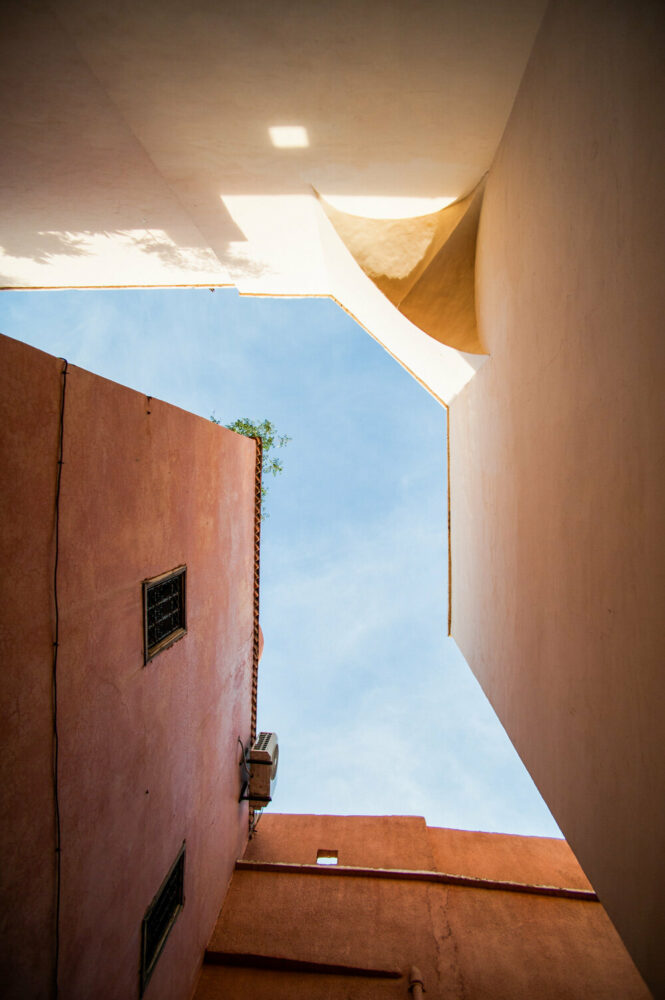 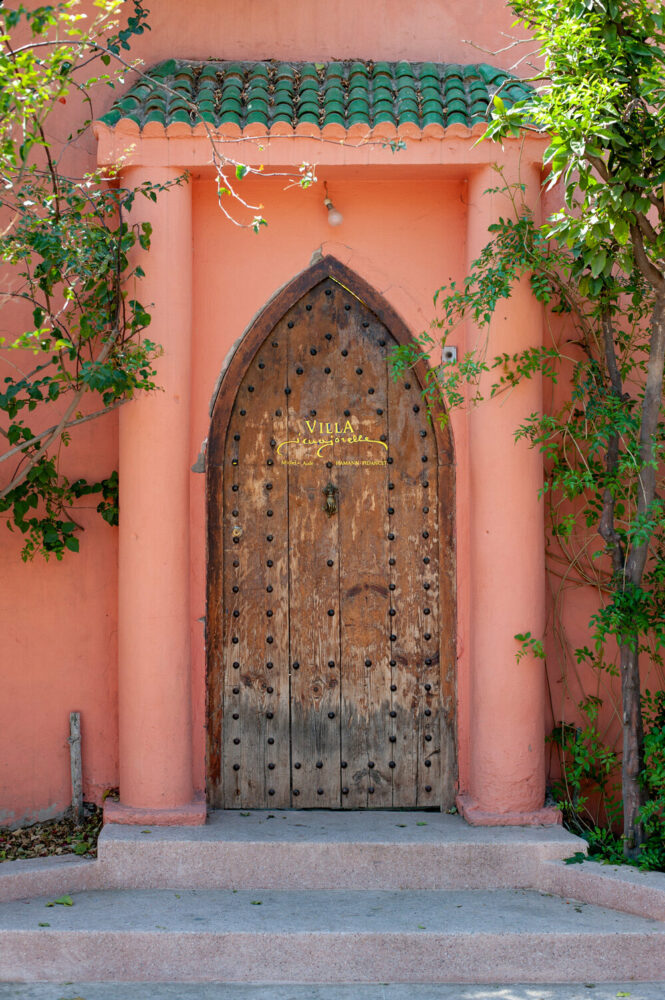 name: Passing by Places and Faces