‘the line’ by palíndromo mészáros

spanish photographer palíndromo mészáros has created a series entitled ‘the line’. the project chronicles the aftermath  of a 2010 toxic waste spill in western hungary, killing nine people and forcing the evacuation of thousands, through a compendium of images demonstrating the material staining areas of the village red.

the work does not focus so much on the people affected but more the noxious byproduct scarring the town’s landscape. without using any photo manipulation, it documents trees, homes and buildings  blemished with a scarlet hue reaching up to two meters high. 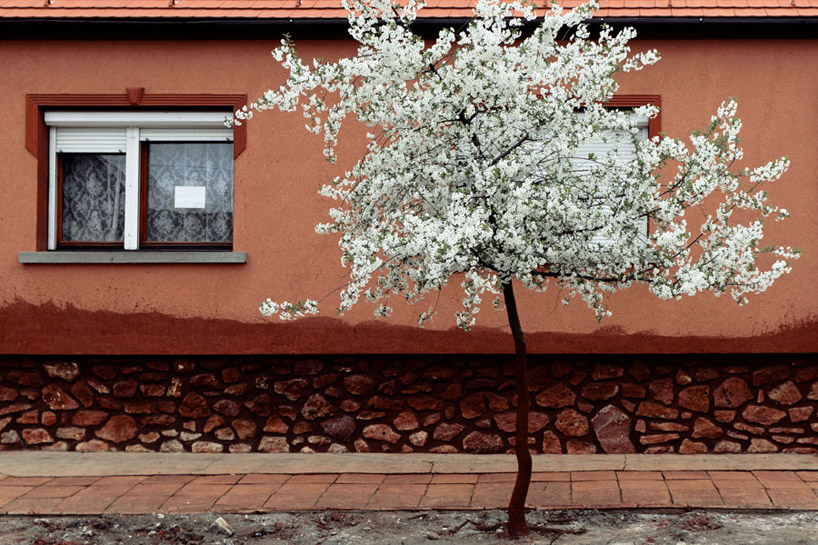 the event was widely considered the biggest  in hungarian history, where around 1 million cubic meters of the alumina sludge was released after the burst of the retaining wall in one of the reservoirs, used for the accumulation of rubbish from an aluminum company. the thick, highly alkaline substance contains heavy metals, such as lead, and is slightly radioactive which has a caustic effect on skin causing a burning effect. 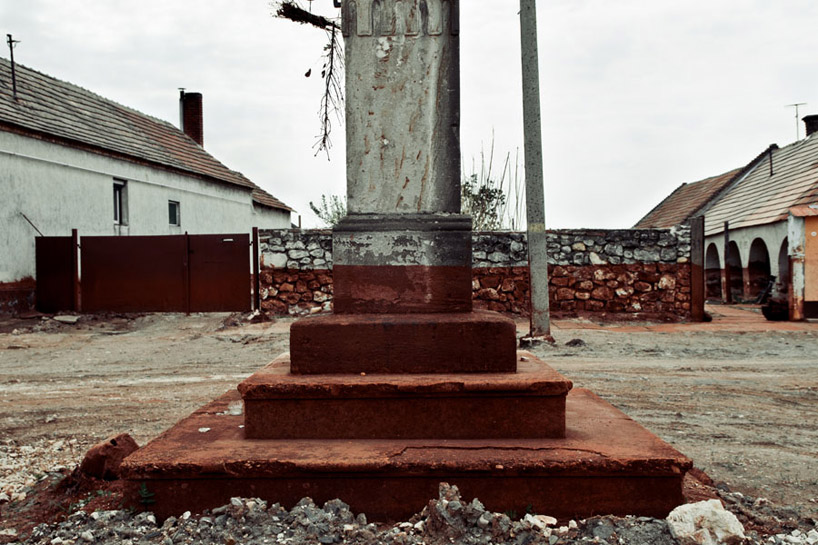 the hungarian village is permanently marked with a scarlet hue

meszaros comments with his thoughts on the opus:

‘I always want to know what remains when the news is no longer ‘new’ anymore, the story gets forgotten by the media.   an approach different from this traditional one seemed very natural to me. these photos have been taken six months after the accident when the silence takes the place of the headlines and just ‘the line’ is left’. 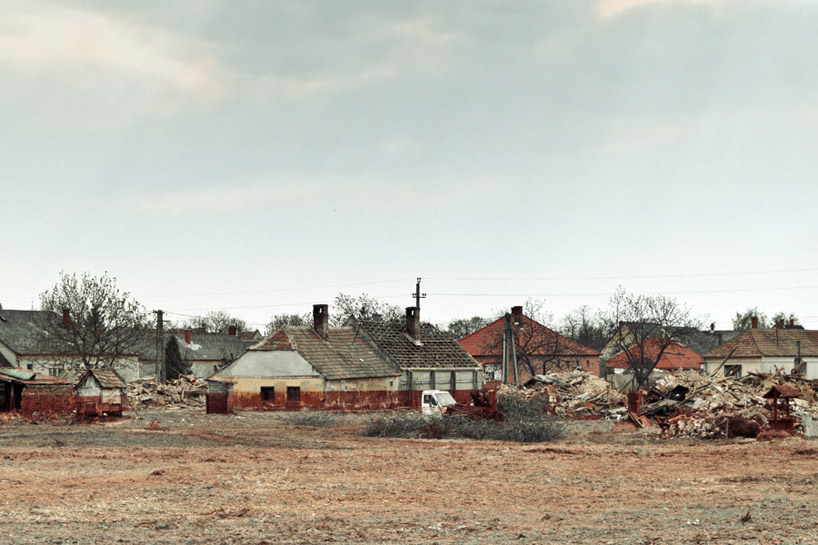 the series focuses on a landscape scarred by disaster 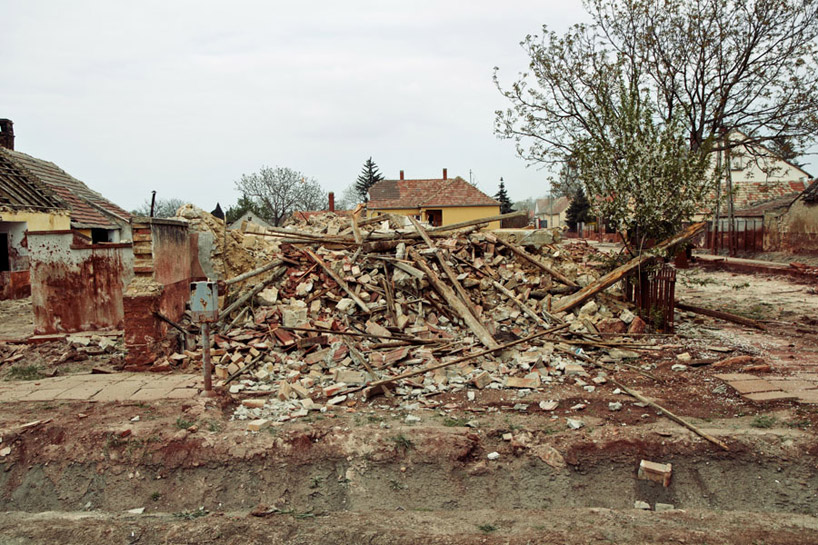 the disaster was widely considered the biggest disaster in hungarian history 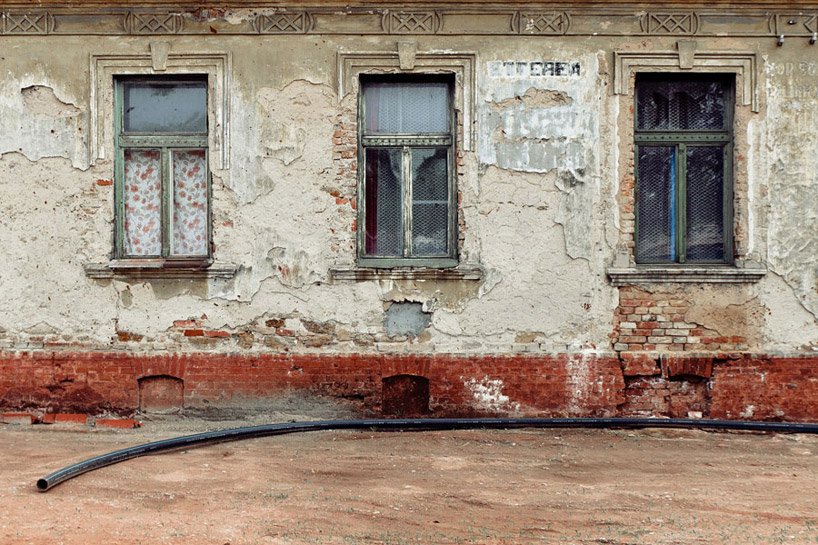 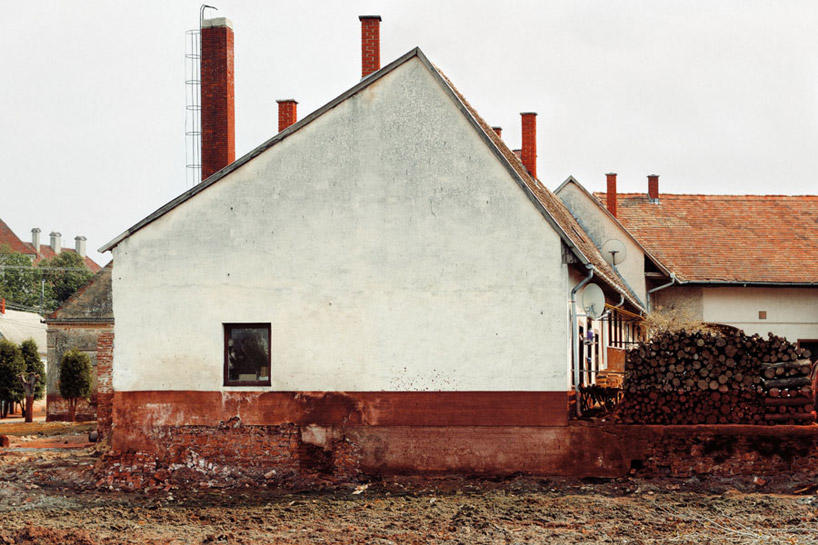 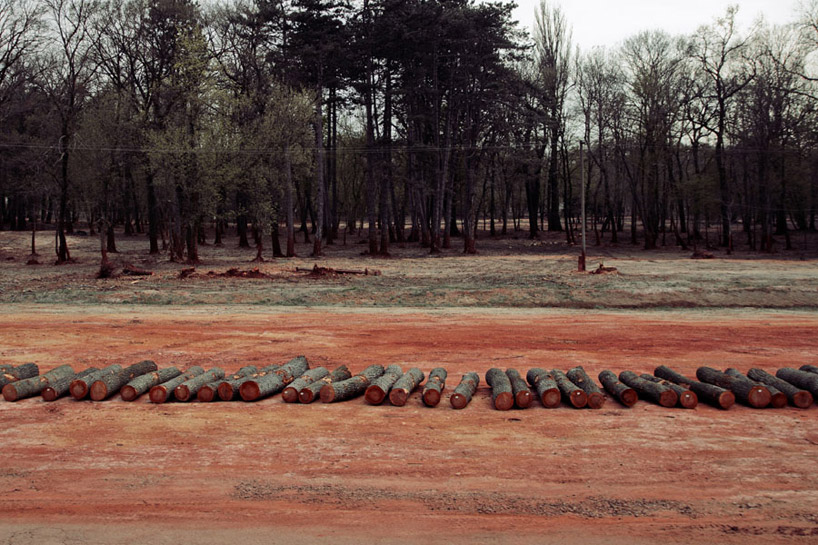 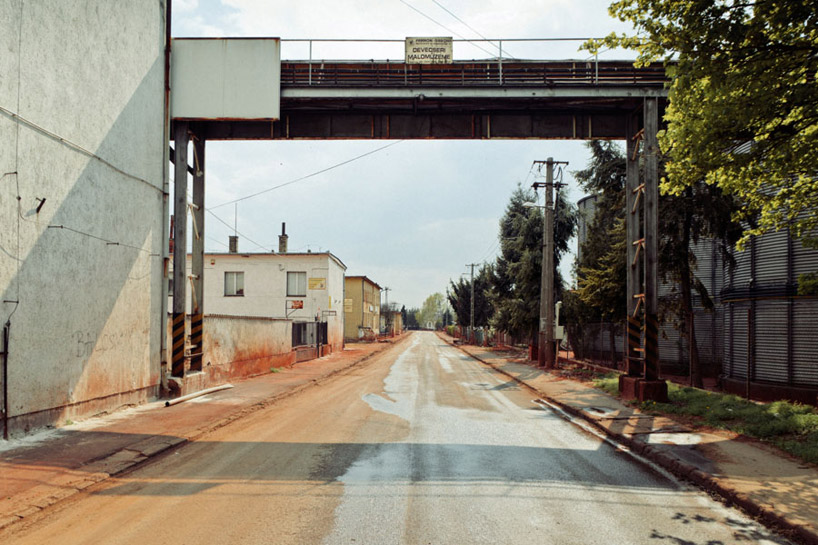 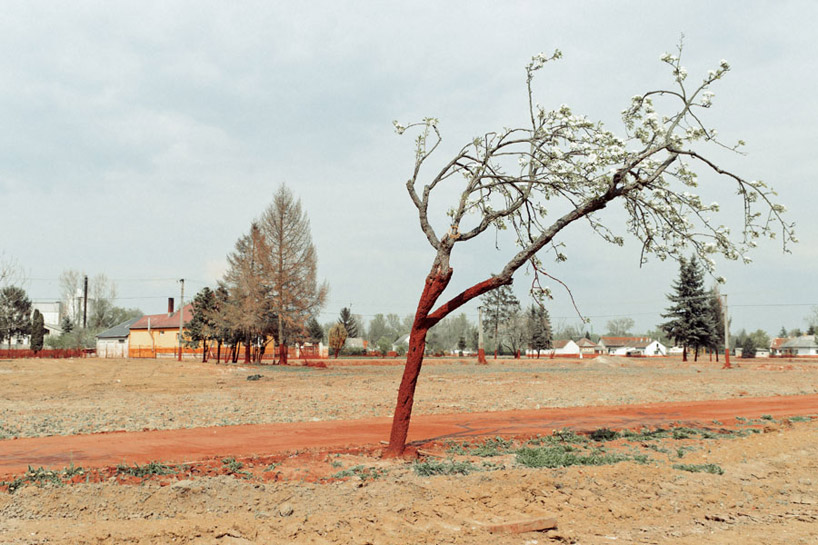 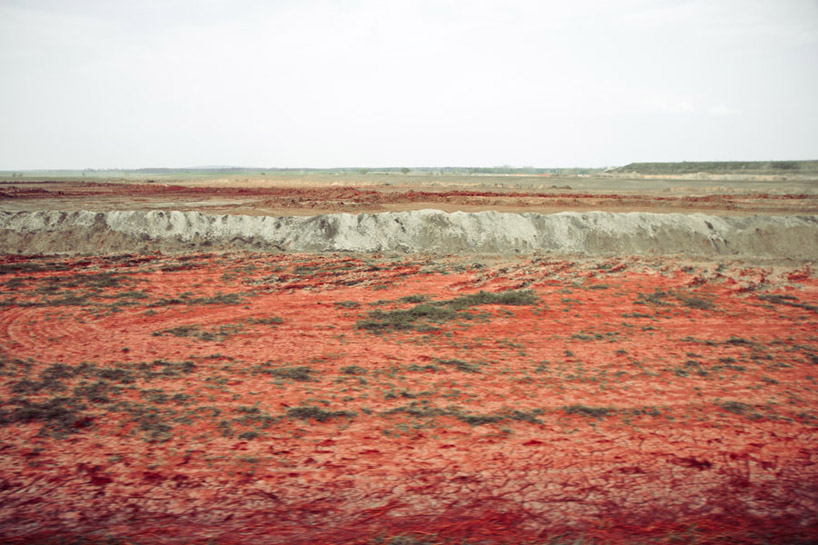 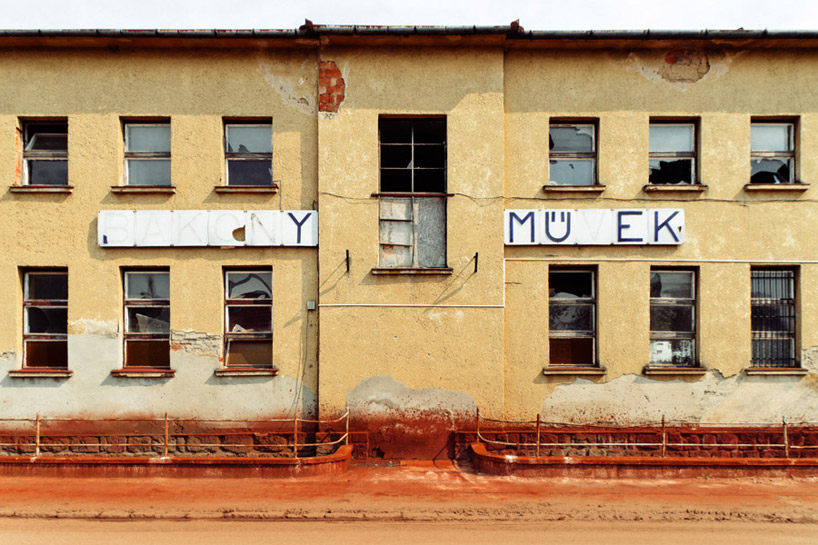 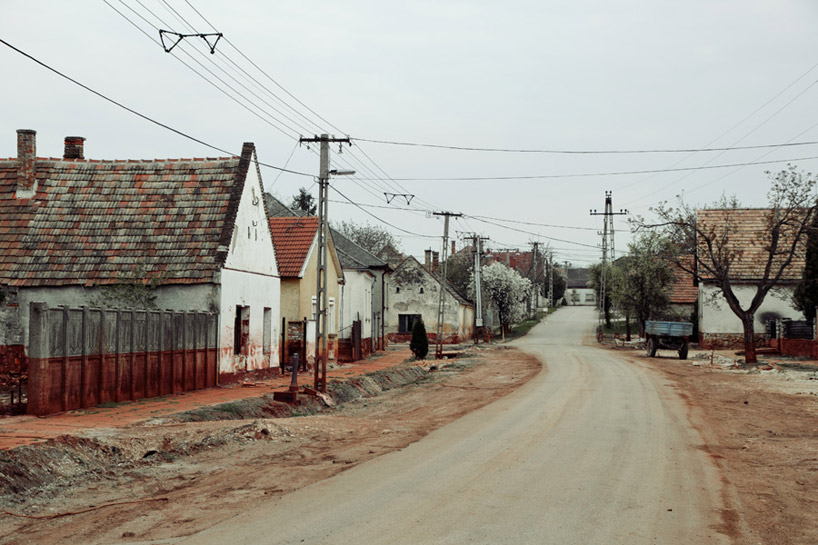 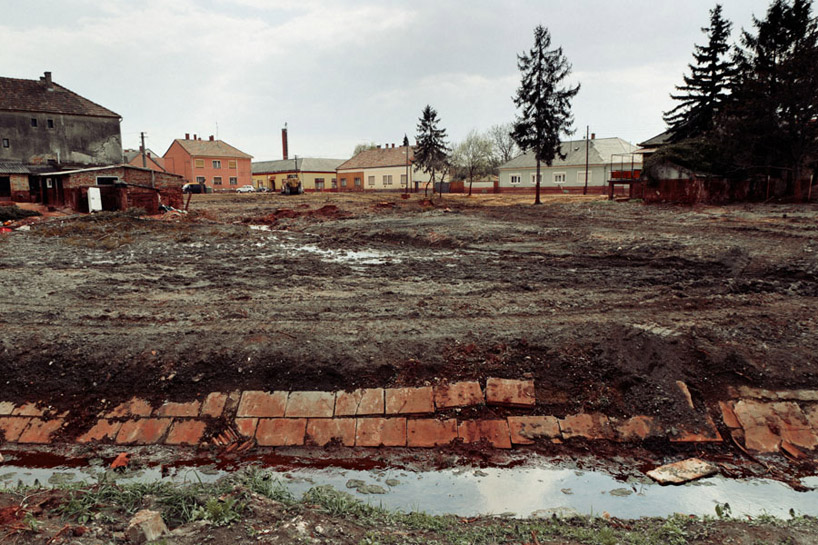